it’s time to share the progress of my 7th build.

It is my second build with this deck already. I sold the first one but I missed this deck, so there for another build. This is my current progress: 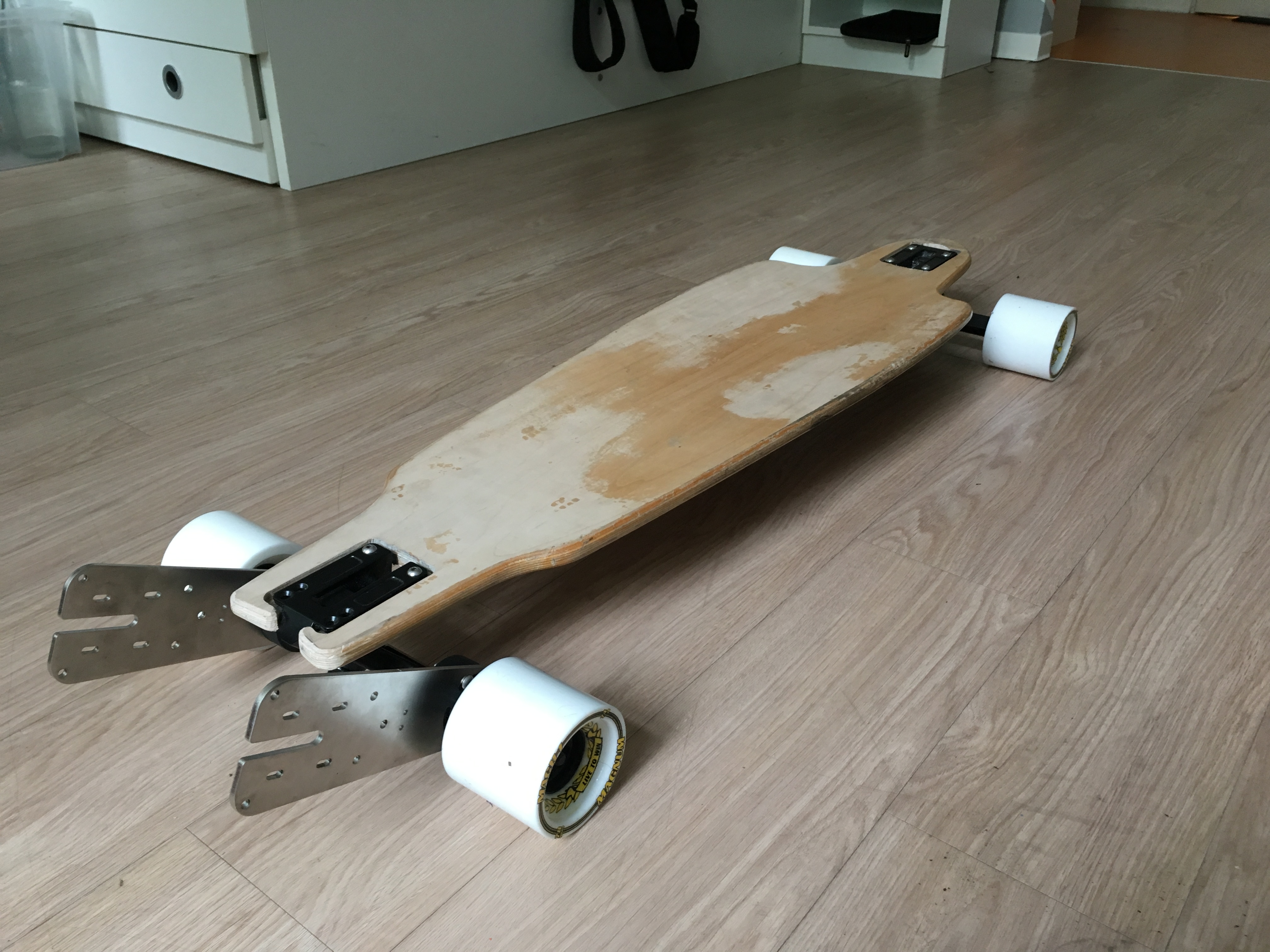 As there is no pulley on the market for the Venom Mach 1 Cannibal wheels I decided to make my own ones. As the holes are very thin I went for a version with a bearing inside the pulley. It uses a normal 608 bearing. I have to test if the adapter flanks will be strong enough. If not I’ll make them with small M2.5 screws wich will stick out of the pulley body. Here is the result: 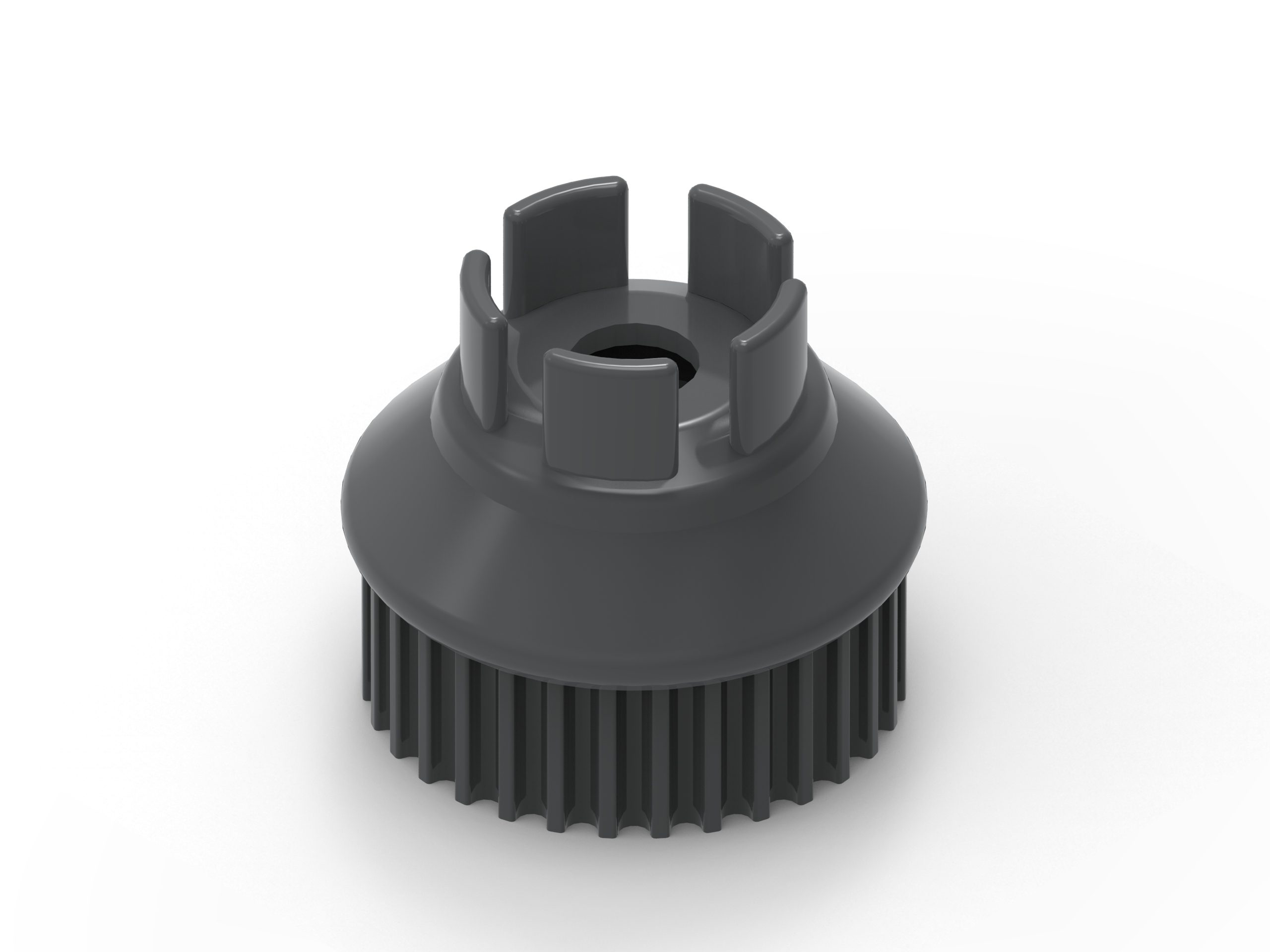 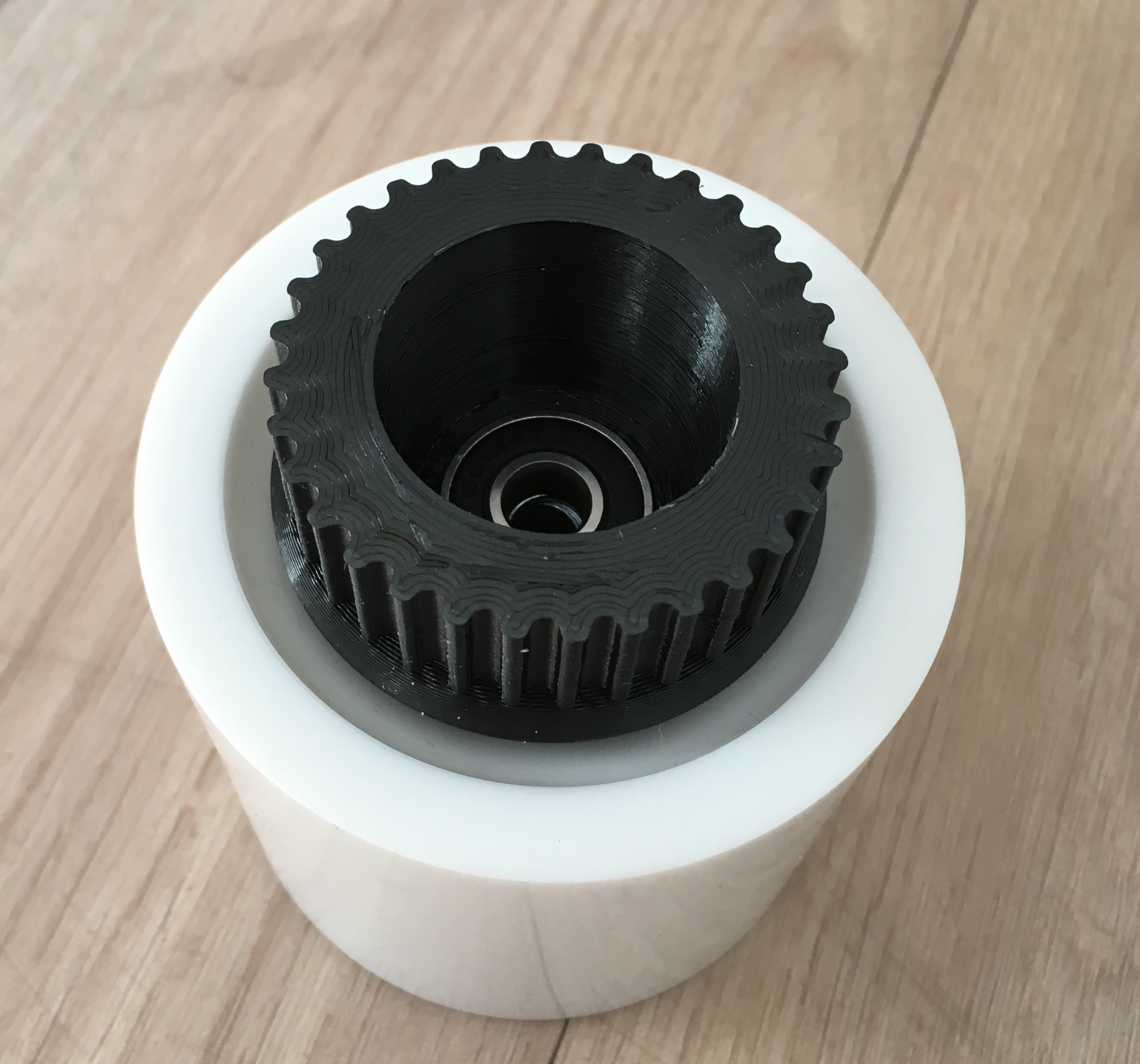 The fit is perfect. I designed the pulley that 3 washers take place between the pulley and the wheel bearings. I chose 32T because of the small diameter of the wheels.

As I said I really love this deck. I took this from a scrapped longboard. I will sand and paint it completely but just after all holes for the inserts and stuff are done. Color will be something like the griptape. I had to cut the back of a little, so that the motors fit. 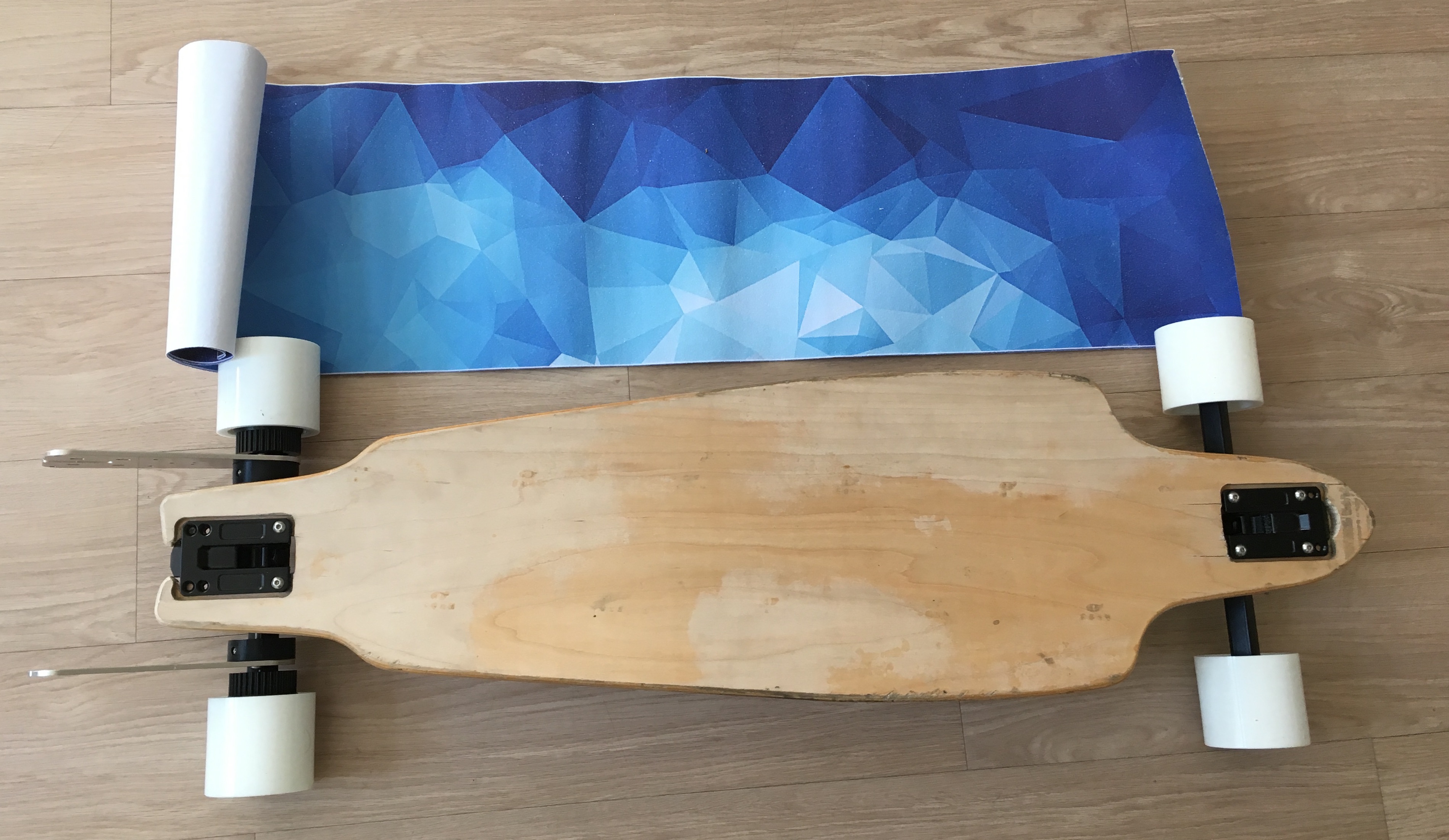 I designed the enclosures myself so that they hold the batteries I want at a small outer size. Also I want to upgrade the battery of my Foosted build to 12S. The goal is to use the battery on both boards. Also I’m not 100% sure about the battery yet. I’m going for VTC6 in first place but might also make one from two 6200 mAh Zippy compact. The case sizes might differ slightly but the mounting pattern will be universal. The battery case will be also closed with a lid and a few screws. Unfortunately I have to print it in two pieces as my printer is not big enough. 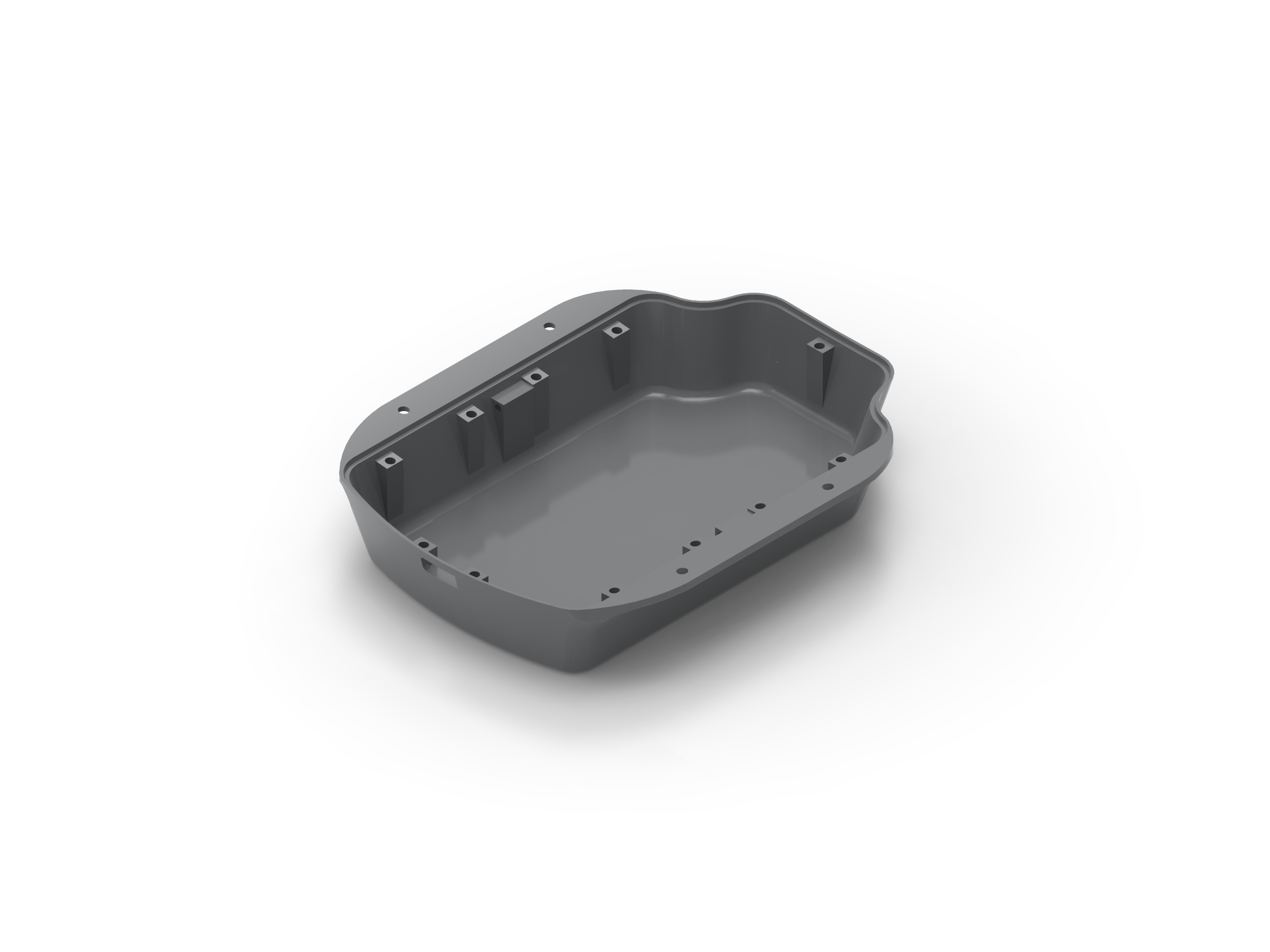 The case for the Unity also holds a battery meter. It is designed as small as possible because the deck gets very narrow at the back. 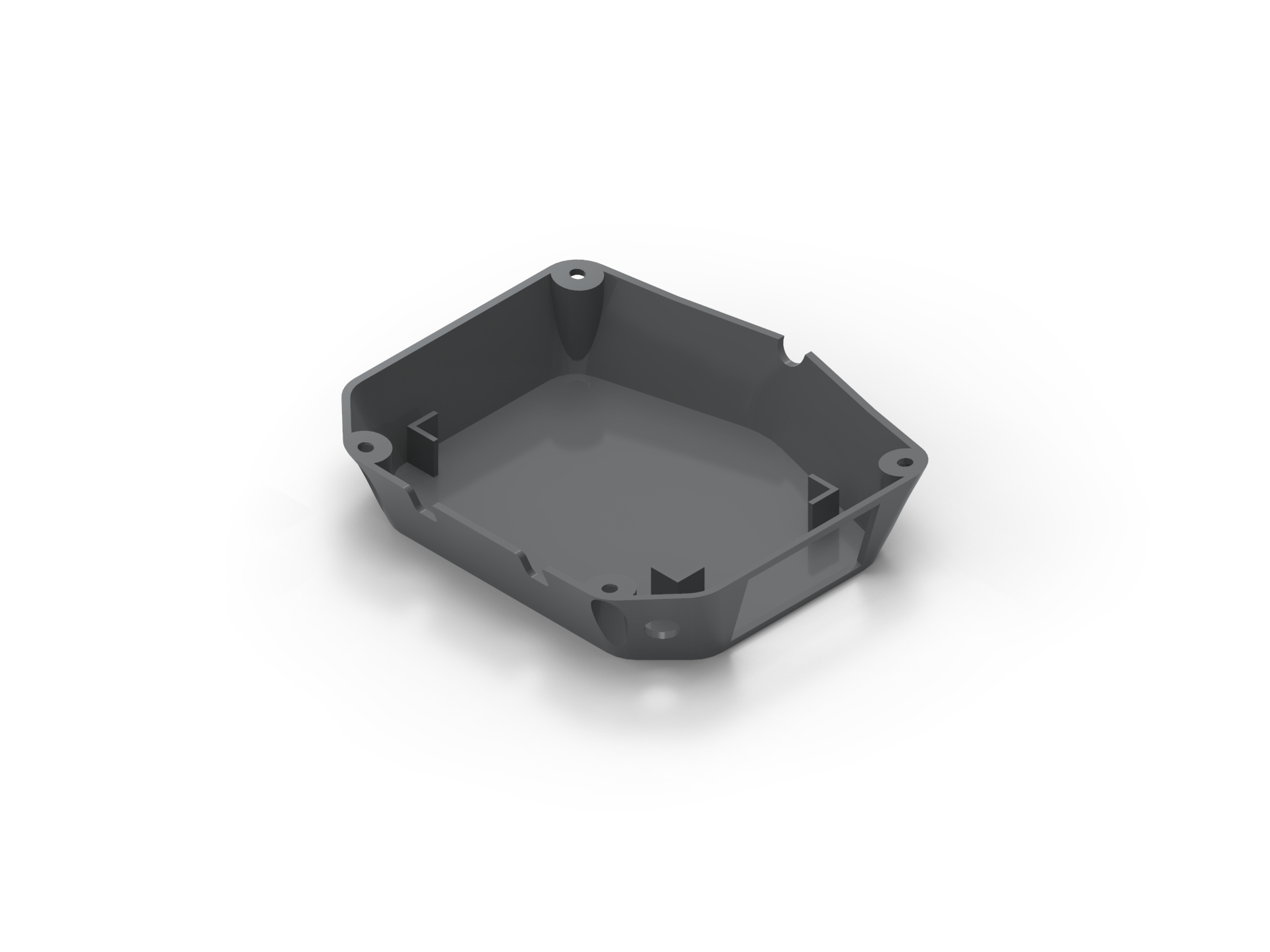 I wanted drop through and a reverse mount because the motors won’t really have enough clearance in the normal position. And I guess it really looks so much cooler with a reverse mount. As for now the plates are solid stainless steel (laser cut). The trucks rings are 3D printed. I’m not sure yet how they will hold up. I plan to make this aluminium later in the process. Also I’m waiting for the cross bars between the plates. So this point is still in progress.

Let me know what you think of this build. I’m currently waiting for all the electronic parts but I hope I can finish it in a few weeks. Stay tuned for the updates!

I really like your base, those wheels and that deck with a drop thru. Thats a really solid sexy looking stance.

Hey, have same wheels planned for a build. Might be interested in the pulley, after you have tested it. @okp has made an aluminium proto pulley for these wheels too, so keeping my eye out for that when it’s available from him.

Also files are here if you need something to reference from

Feeling like there’s not enough people sharing their designs. Especially for the small stuff where no one can really profit from. So here’s a thread where people can submit their designs so other people can also use. My main motivation behind this... 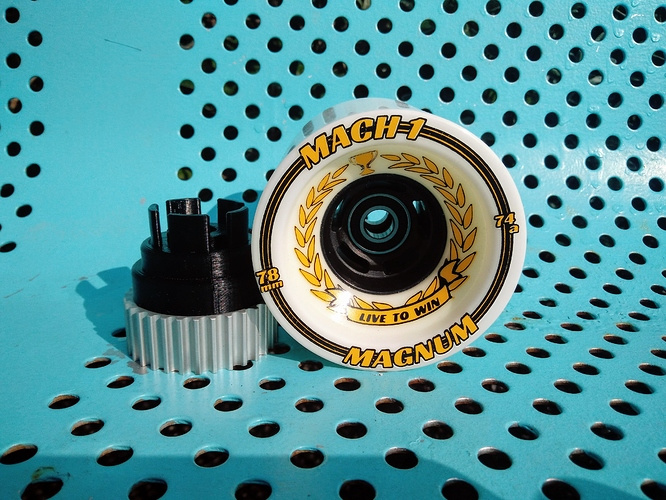 Yeah I saw his build log. Was also interested but decided it is cooler to make my own. Also I’m not sure when they will be available and I think as they are cnc’ed they might be quite expensive. Surely better quality…

Is there a reason you’re using two bearings?

Have you tested them already?

Is there a reason you’re using two bearings?

Just beacause I can on surfrodz

Have you tested them already?

Nope thats why I put a warning in the read me file. But I will be sending them to the machine shop this week. I will make a few extra sets for others

ehhe hey folks, sorry for the non reply. I’m chasing time more than ever lately. My kid got chicken pots and I was not vaccinated neither got it when I was young… imagine the mess at home. Was also overloaded at my real work and moved apartment. I should be leveling the bed of the 3D printer and keep moving on this.

Ouch. Mine both recently had pox, tough times for everyone, bless their little hearts.

Got some updates for the build!

It’s a bit frustrating, the build could be already finished but still waiting for Enertions Unity to ship…

So in the meantime I printed the cases and build the battery pack. First version of the battery box looked like this: 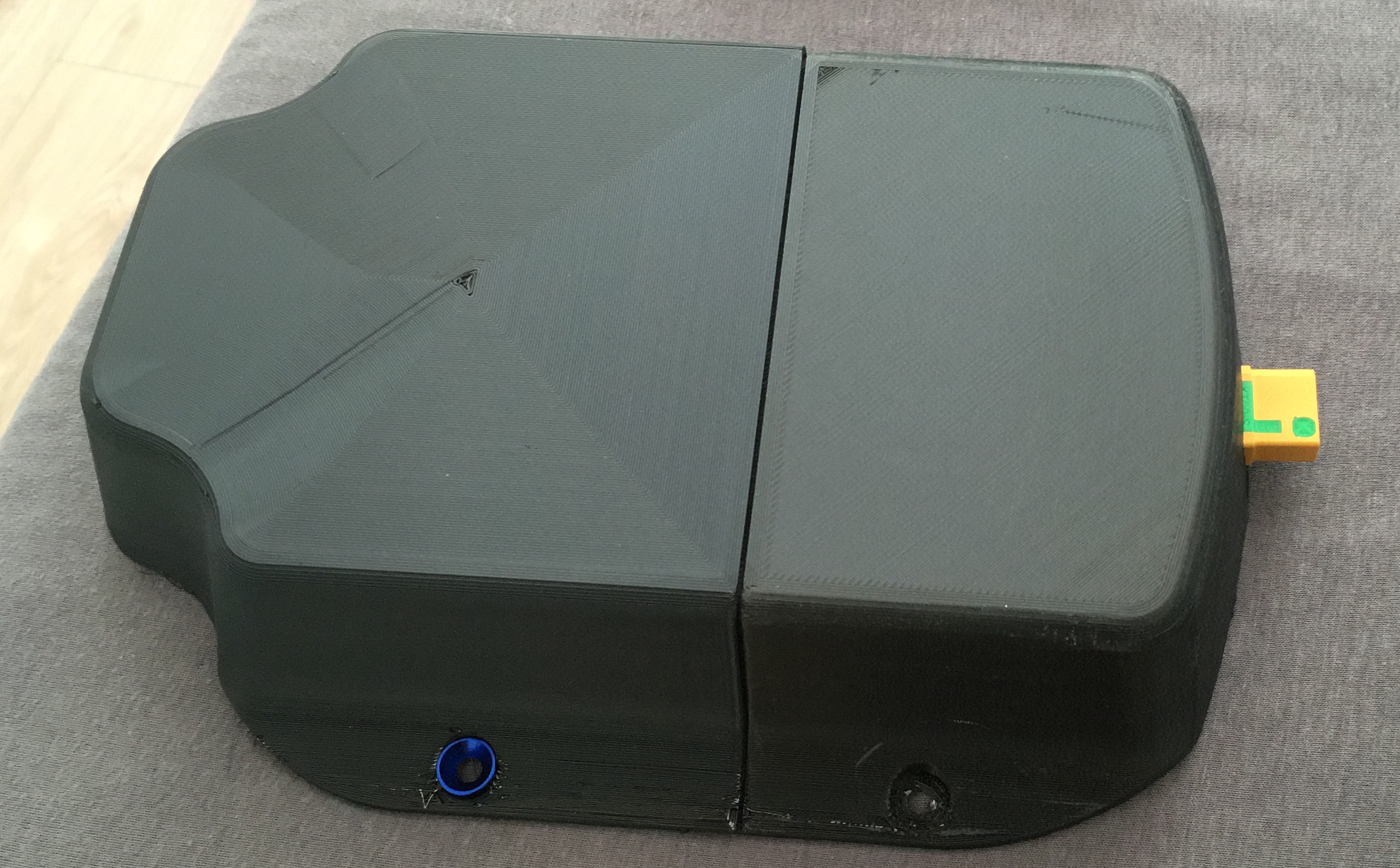 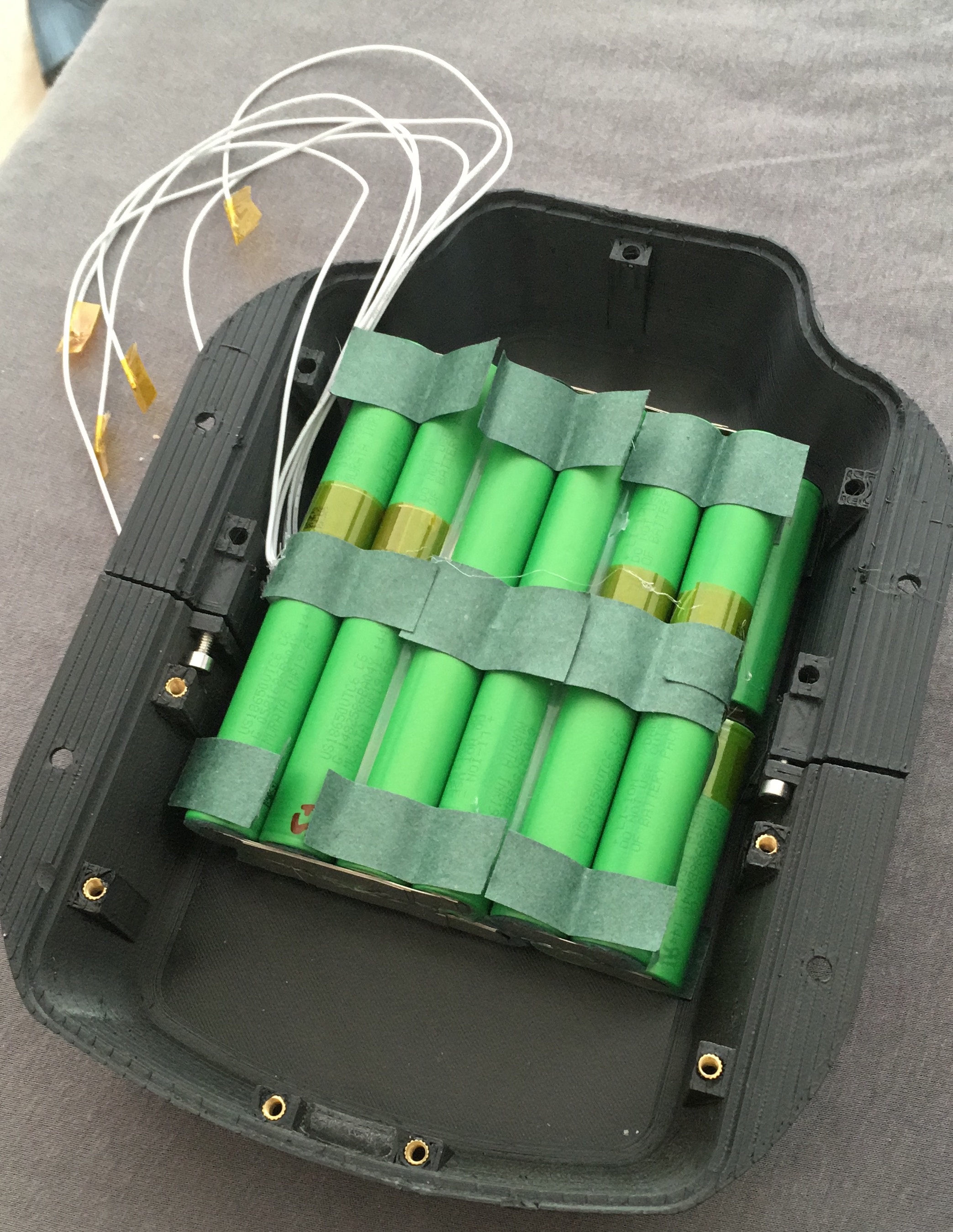 I was satisfied as everything worked as planned. But as you might see the case is just way to big for the 12s2p battery. Therefore I made it smaller and somehow managed to get it to print as one piece… pushing the limits of my printer 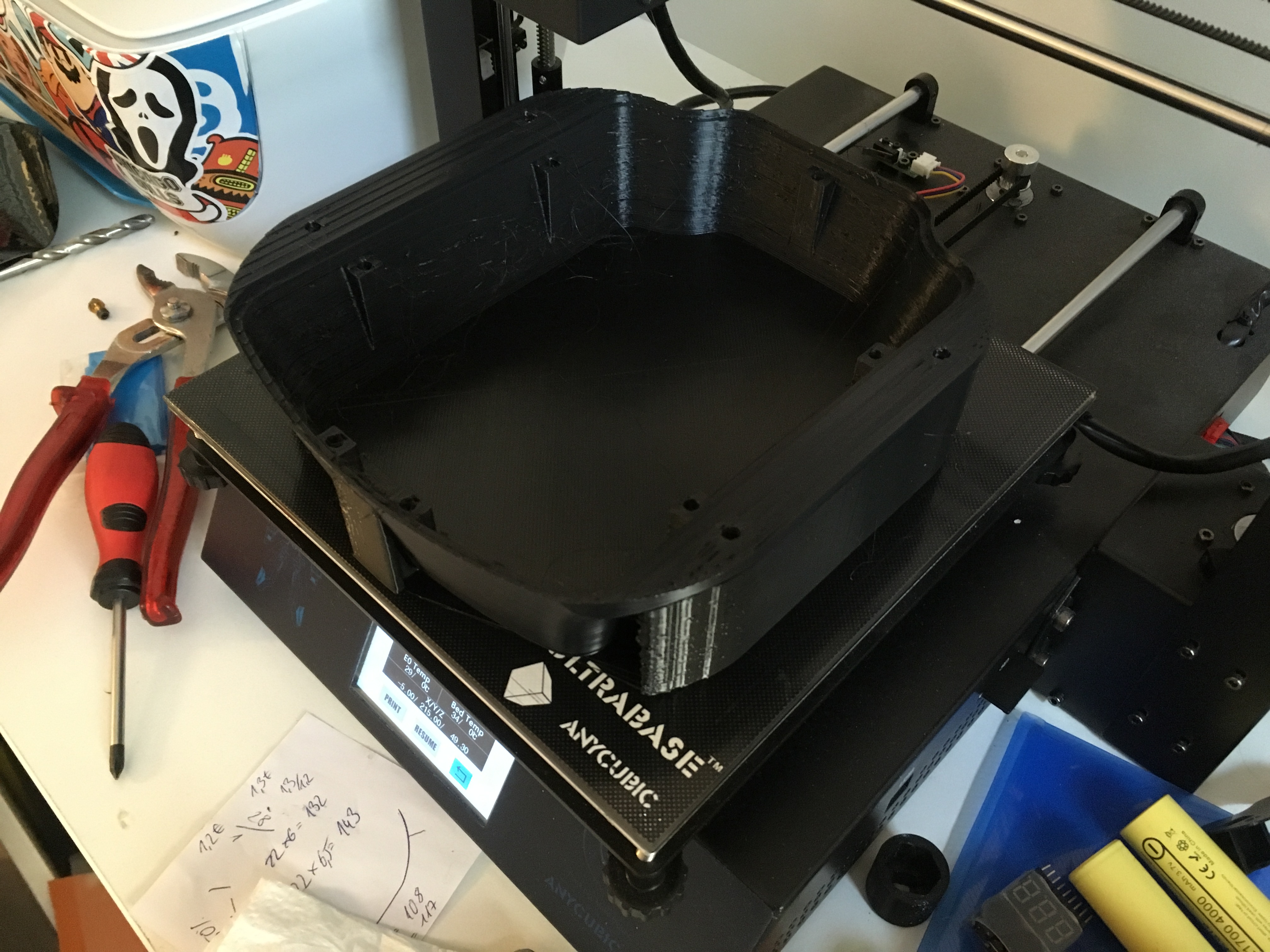 Result is top! Still have to print the lid, put the thread inserts in, finish the battery, implement the battery in the case and do the postprocessing. I guess I’m going to sand it and give it a clear coat then. 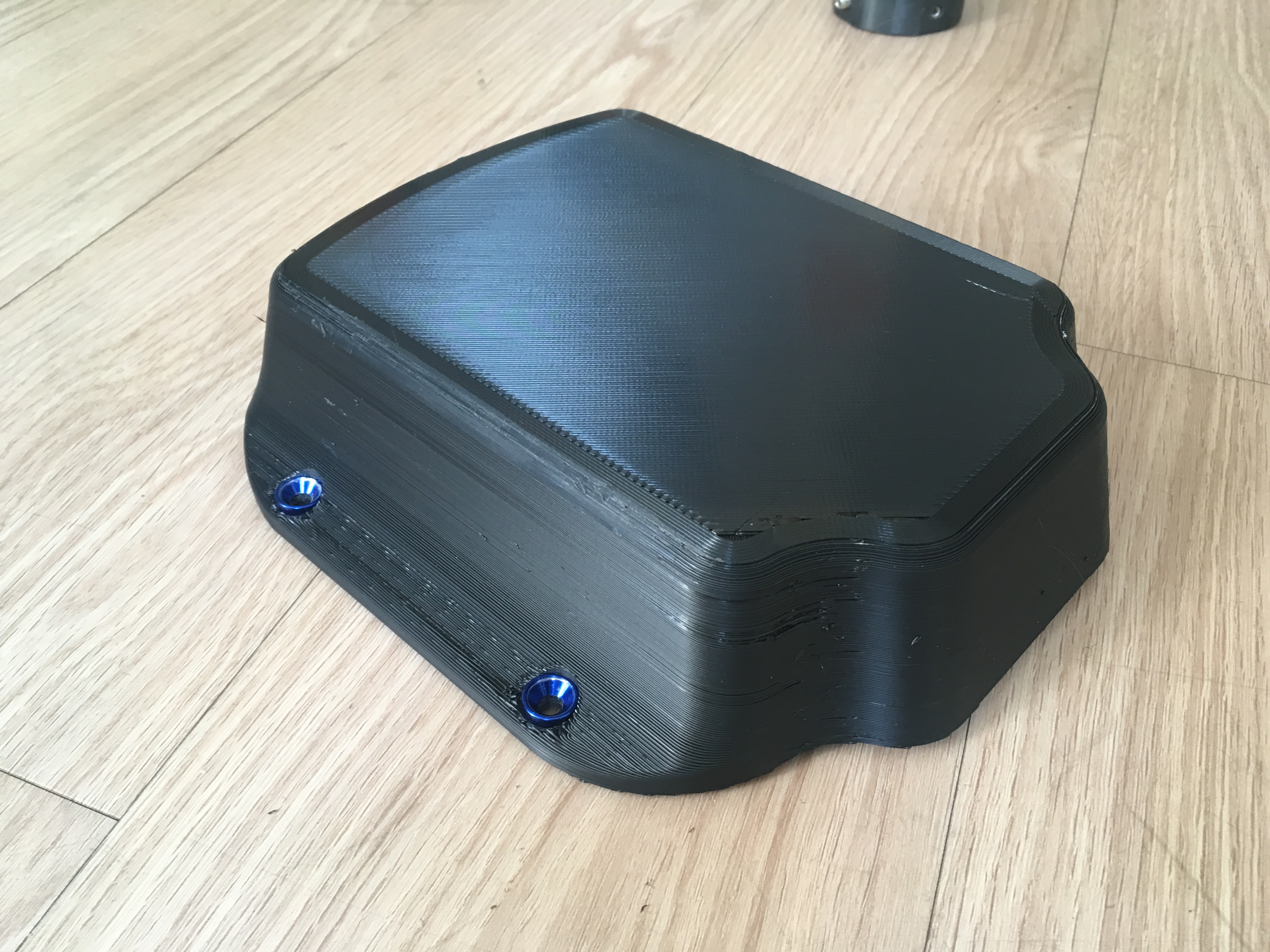 Last day the rods for the mount from my father and the footstop from Roger Bros. arrived. 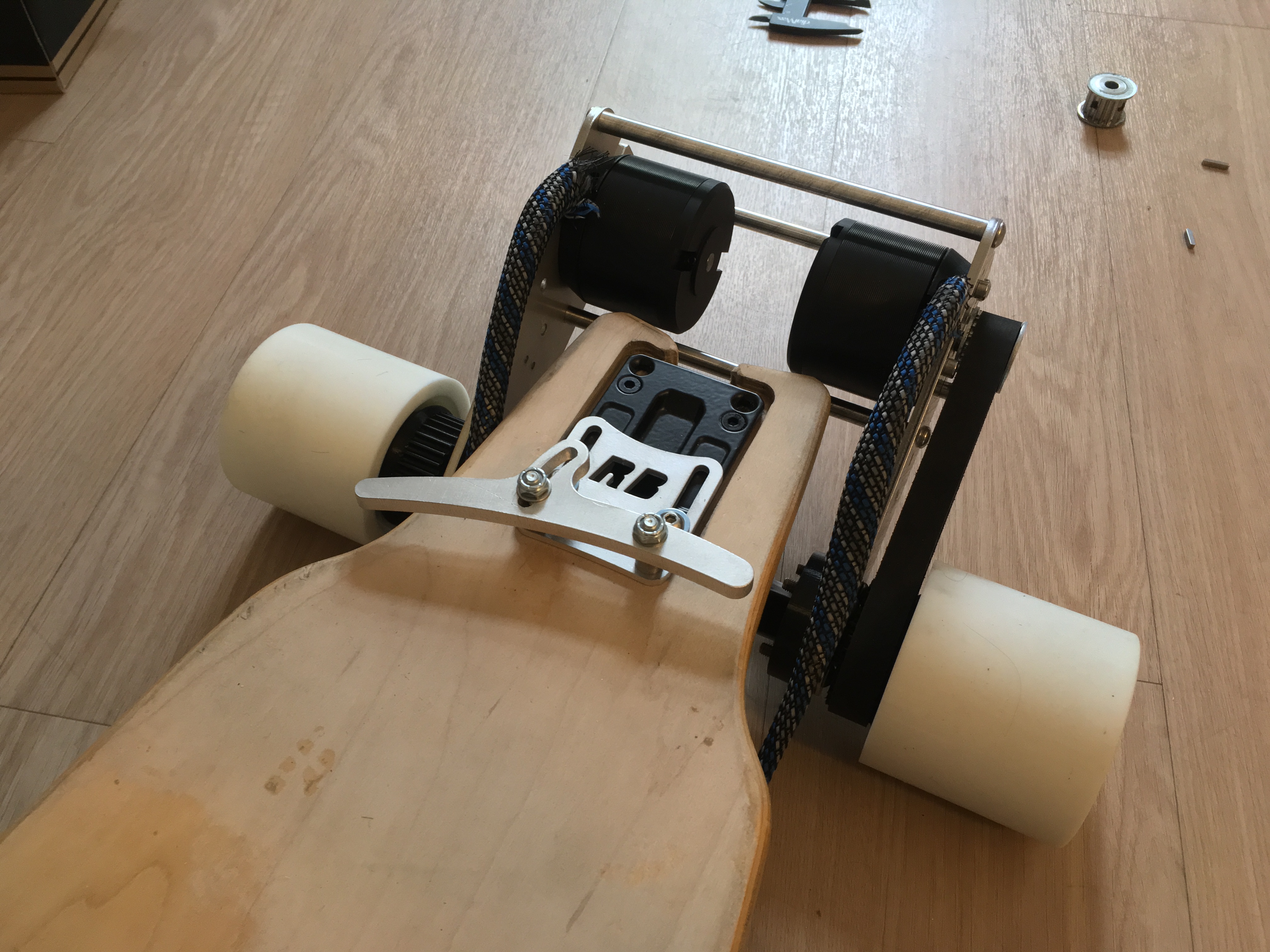 View from the bottom side with cases:

I’m already so stoked to ride this thing!!!

That grip tape is really pretty! Where did you buy it from?

It’s from aliexpress. I guess it won’t stay grippy for that long (used it before on other boards), but if so, I will apply some glass fritt or spray-on-grip then.

Put the board together with loads of tape

Unfortunately exams are keeping me quite busy, so I haven‘t been riding yet.

If the power satisfies me, I will drill the holes, sand the board, paint it, put griptape on and put everything together.

If not, I will enlarge the battery pack to 12s3p, therefore other holes and stuff. Before I drill the deck I want to have everything final.