My name is Jonas, I’m 14 years old, I’m from Austria and the topic E-Boarding has taken me totally for 1 1/2 years!

A year ago I built my first electric longboard, though it was more plug and play true, because I basically just had to solder things together and program the Vescs.

It had a dual drive, a Samsung 30q 12s5p 18650 cellen battery, which was placed on the board like a mountain-board and used for the road.

I drove a few times over the summer and was satisfied with it for a long time.

Since I got a lot of attention with the board, because of the weird battery assembly on the board and I often have to drive over gravel, I decided in August 2018 to sell my street board and build a new hybrid board.

I wanted to evolve and learn new things again.

When I sold the board for too little money, I started to plan the new board.

Everything started with the board.

I bought a 120 € expensive longboard, which was then painted in red and a Griptapeform made of several cut-out hexagons, as I have seen in another forum on an eskater.

“you can see on the first picture.”

Next I started to order all the parts.

I actually wanted to take Caliber 2 trucks, but unfortunately they were too short for an At assembly.

The 218Tb trucks are ideal for length, but since the Evolve Wheels have a total of three ball bearings and therefore need more space, I would have to help with a “Flex” and expand the truck by 1cm.

I sanded everything clean, then painted it again in black and put spacers between the trucks and the wheels.

The next step was to assemble everything.

Then came the question: “How do I do that with the battery and which one?”

To build the battery myself, I had too little experience and buying it from a company was a bit too expensive for me!

2 weeks later I decided to have a Samsung 30q 12s4p battery made by a friend.

He had a spot welder and built me ​​the battery for relatively little money.

Since my friend had ordered the cellen for the battery with nkon, and some of the delivery were damaged, the battery took 1 month to build.

In the meantime, I bought a 3d printer, because I want to design and print some things, including the case for the battery.

Meanwhile, a week ago, I’ve finished soldering the electronics, the Vescs programmed and already made a small test run in the apartment.

However, I still miss the case, which I currently design and print.

One of my goals is to be able to motivate other guys and show that you can do it at my age. 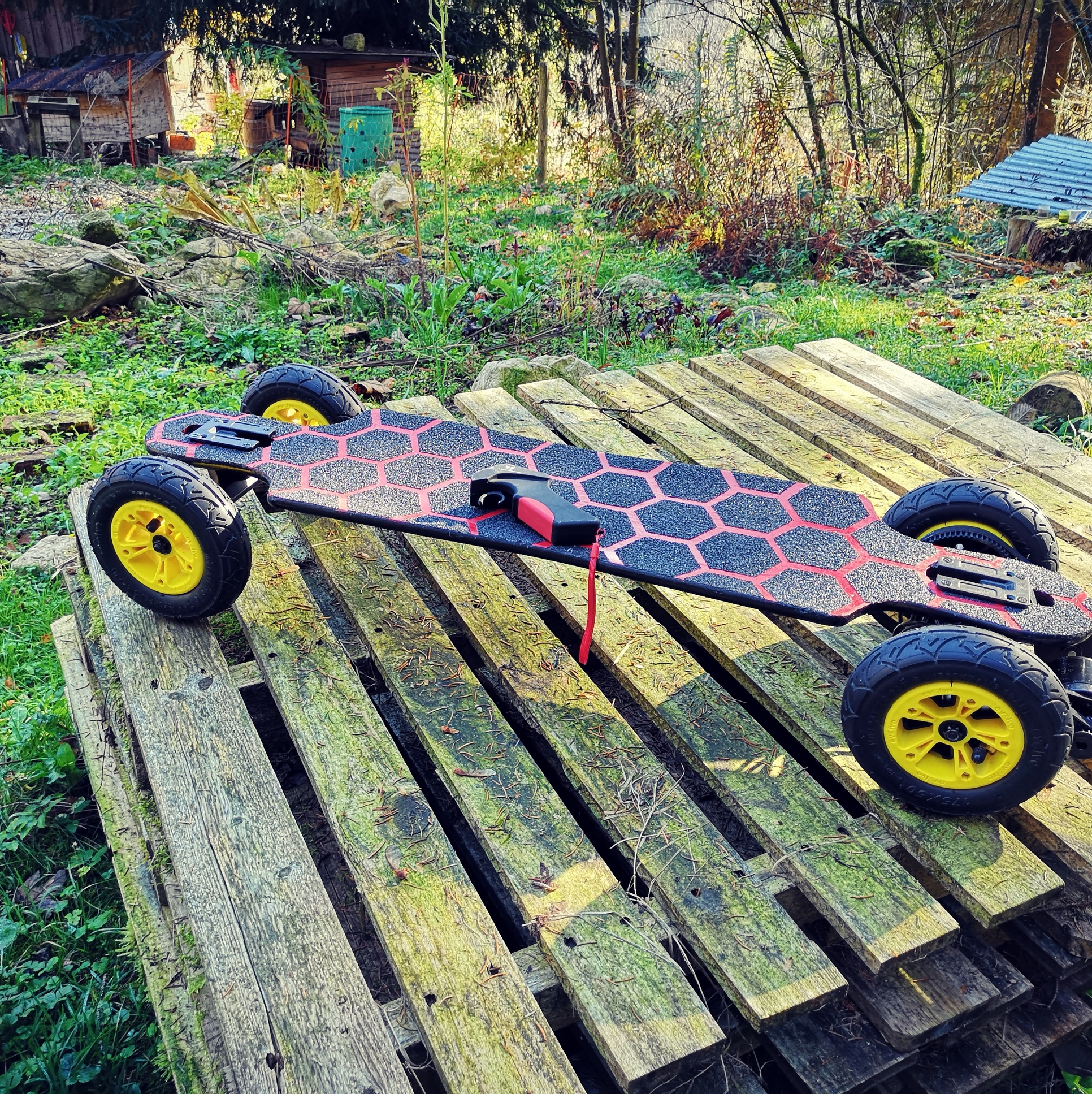 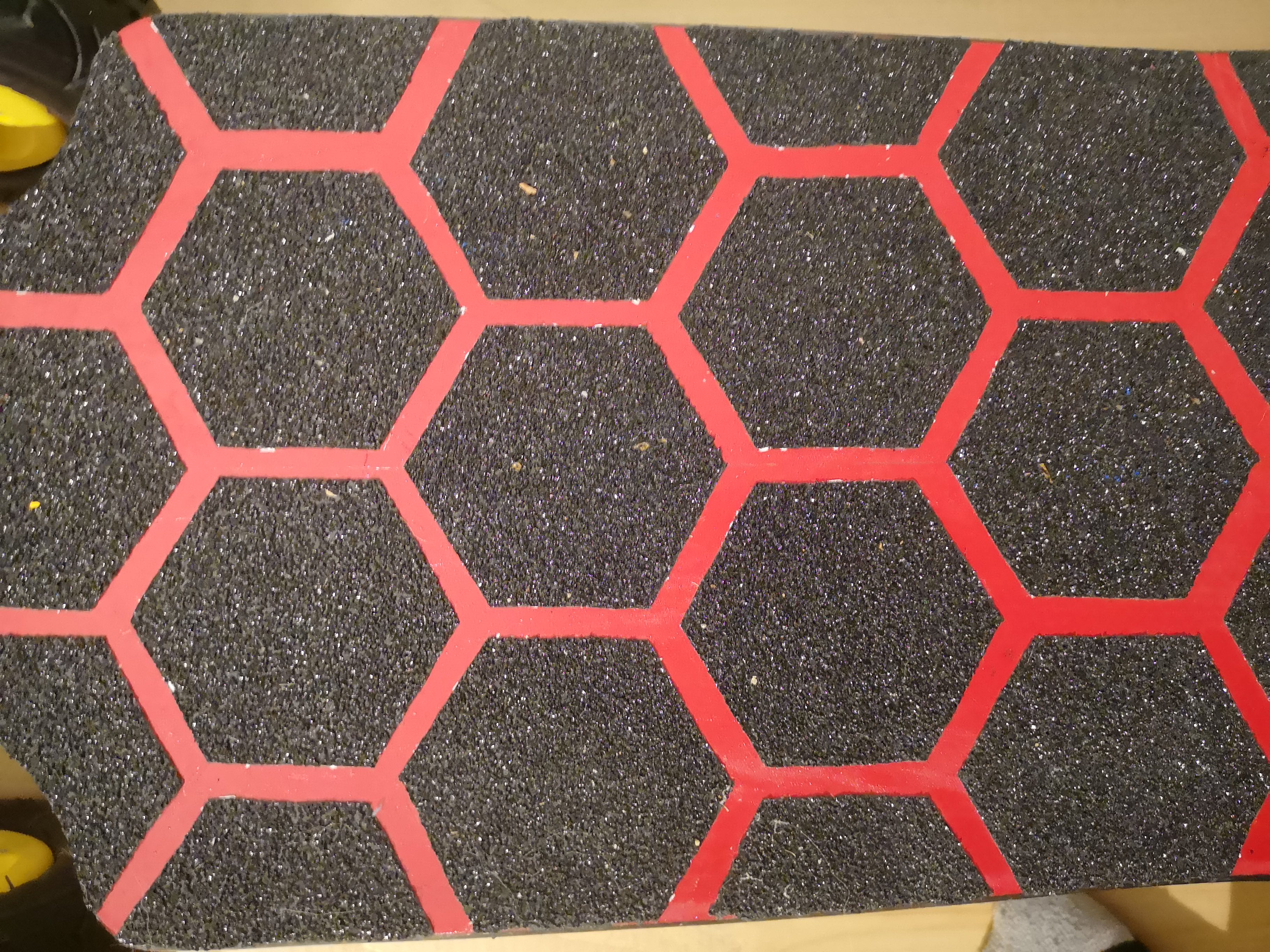 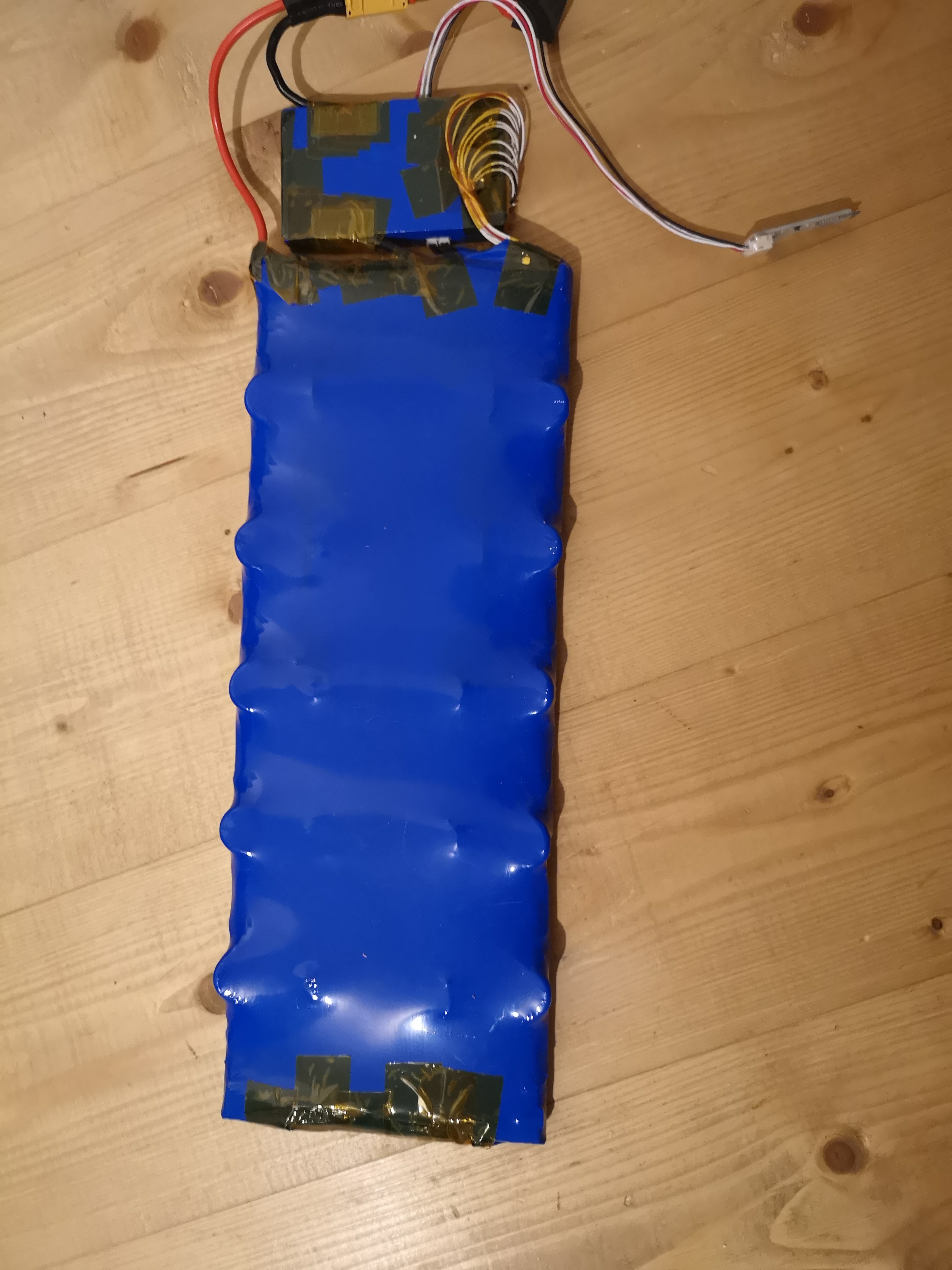 Sorry for my English, I’m trying to give my best

That is a great build my friend and well done. Definitely get some more pics up here though and some more details with some links to the products used. This will inspire everyone not just the younger guys and rightly so.

Dude I wish I was as passionate and knowlegable at that age as you, Good job!

Great build it’s looking great, I am a young builder as well. I started on my 15th birthday and haven’t stopped since. It’s a great hobby and experience. However the main problem that young people have to overcome is the price of the components. The steep part prices usually drives them to use low quality parts or buy a pre made build

Nice build; Be sure to wear a helmet

Wear as much protection as you can

Wear as much protection as you can

This is a must no matter how far you are going or how fast. Dont skimp out either and buy just a half helmet

Full face if you want to protect the money maker

Yeah I’m a young builder also and I can say from experience that birthdays and Christmas are great times to build esk8 lol. Most parts are pretty reasonably priced, but buying a prebuilt liion battery is a bank breaker. This is an awesome build for a builder of any level/age, nice job man

Oh man, thanks for your friendly answer!

There are so many friendly people

Great work man. I’m 27 and only got started getting into skating within the last 2 years. I’m envious of your head start. Keep up the good work

Yes, that’s why so many young people aren’t building a board.

I don’t play computer games, so i can buy all this stuff for building boards…

Thx for your answer