Hey all, getting close to finishing a new build. Thought it might be a good idea to have you guys look over my wiring design before I start connecting things up.

I’m using a standard LCD (the same one as Enertion uses in their space cells which just shows a percentage value based on battery voltage) and an XT90S loop key for a switch. Would there be any issues with having these half way through the battery circuit as opposed to at the other end of the board with the VESC’s?

I forgot to include the wiring for the charging circuit in the diagram but I’m going to be using a basic 10A BMS just for charging which will be connected down at the same point as the VESC’s.

Looking forward to hearing your thoughts

If I understand your wiring diagram correctly, your lcd would have no voltage going through it since the electricity would just run through the wire it is parallel to. The lcd would need to be wired with the entire battery for it to work properly. The xt90 would do its job of breaking the circuit though, so that would turn the board on/off.

My understanding is that you need to run the LCD in parallel like this as if it was in series on the main circuit it would just blow due to not being designed to handle the current that our boards pull?

You are correct about using parallel. But the way you have it the power would not run correctly through the lcd. This diagram would work (excuse the mspaint). This way the lcd gets the full voltage of the battery and wont need to handle the high current as you mentioned. Hope this helps.

battery packs are not easy.

There is a good diagram here showing how current flows in the tabs.

Instead of linking P-packs at an end or another, you want to make multiple links in between cells.

The battery packs themselves are already complete. Might do a build log later on once the board itself is finished. This is also my second board with a custom battery so I’ve done most of this stuff before. LED should touch positive and negative lead of battery

Why not use Samsung 30Q if you are going with such a big battery?

I bought the cells ages ago around the time when not that people on these forum were using 30Q’s so decided to stick with 25R’s at the time. Had I bought the cells more recently I likely would have gone with 30Q’s.

Doing your batteries in this way you’re using up a lot of space on your board. You may want to think about dismantling them and creating one big pack, spot welded together…

That was the original plan. Unfortunately that would mean the board would no longer be rated for taking on a plane. These packs also use Tesla style cell level fuses so are safer than spot welded packs.

Tbh, the final design I’ve gone with probably only adds an extra 1-2cm of length to the whole battery which is pretty much only taken up by the small amount of padding that I have around each battery pack.

The other advantage with this approach is that separate packs means the battery handles the flex of the Vanguard much better.

What enclosure are you planning to use? 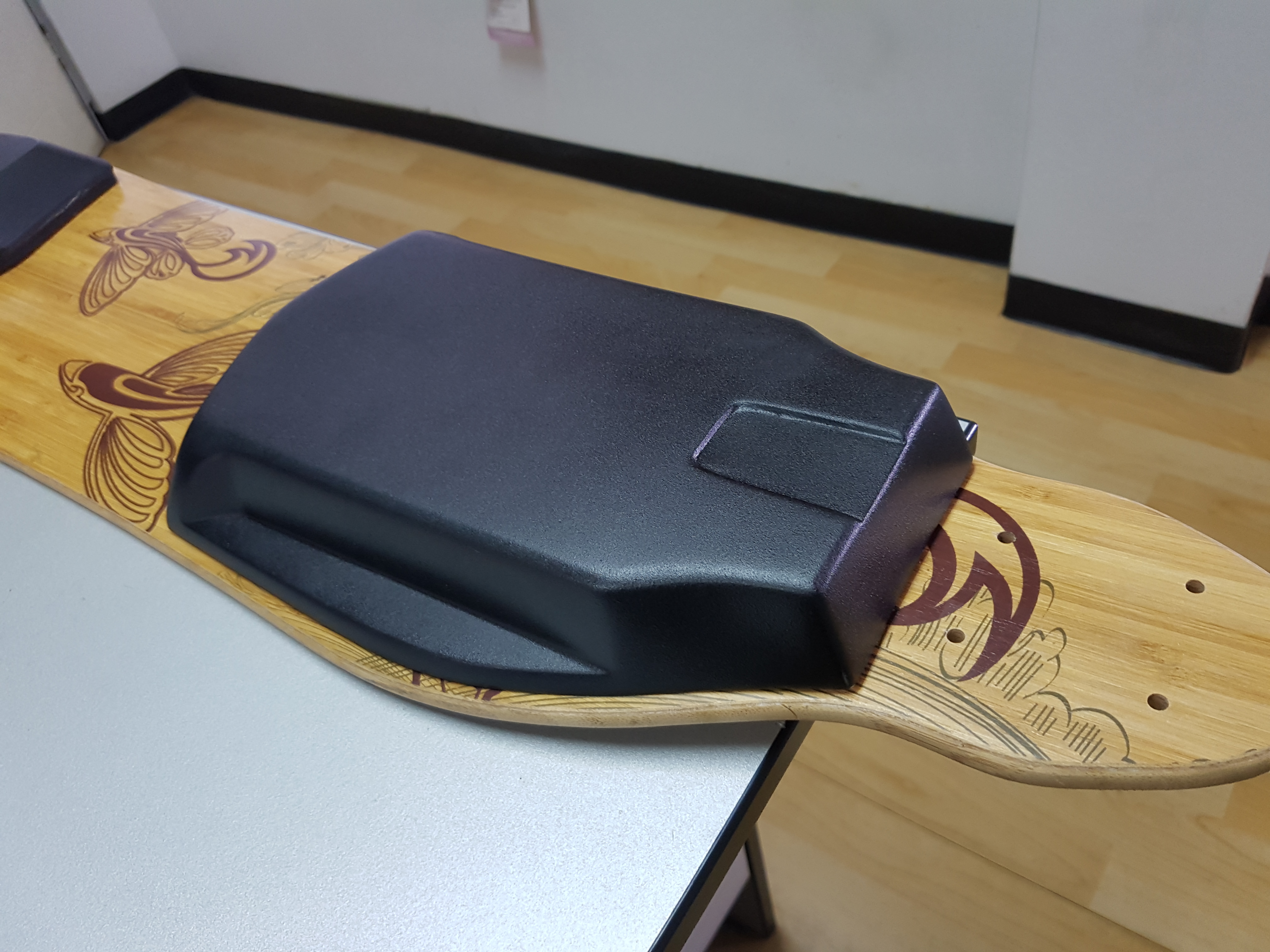 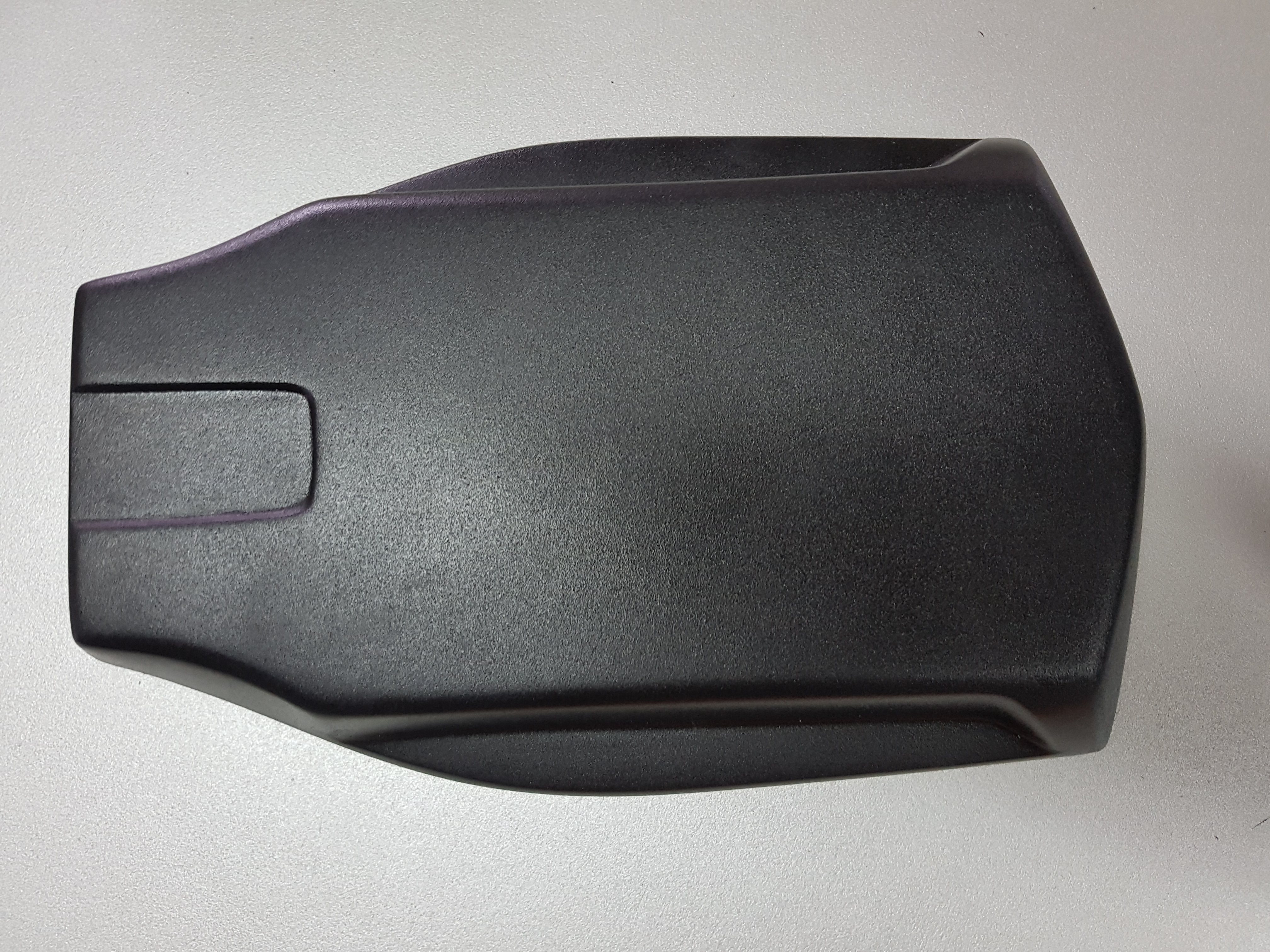 Hello guys, I wonder if there would be any interest on custom enclosures for Loaded Vanguard or Never Summer Reaper projects. I’m going to make a couple of these enclosures this week for two friends, I could make more if there is any interest: ...

Vacuum forming my own. A big concern for me is that the enclosures are as waterproof as possible. I live in the middle of NZ, so it’s kind of a necessity if you want to be able to ride your board most days.

New zealand. Where even the moss has moss on it

I’m not sure I understand the difference of having the LCD in parallel at that end of the battery as opposed to the other end?

The reason the lcd would not work as intended on the side you drew it on is because the LCD needs a potential (voltage) difference between its two leads. Having it on the same side as the xt90 anti-spark plug, there would be zero potential difference because the xt90 is essentially just a wire connection. As such, there would be no change of potential at that end. However, the LCD would have a potential difference on the side with a load (VESC). The Vesc will has a significant resistance and will draw current. Thus, on the positive lead of the VESC there is the full 10s voltage and on the negative lead there is zero (the actual point of zero voltage in a circuit is arbitrary, but i chose that in this example).

In short, on the xt90 end there is no voltage drop for the lcd to measure, whereas on the other side, the VESC causes a voltage drop that can be measured.

To further clarify things (hopefully), say for example you have just a battery with positive and negative leads. you could connect the lcd to both leads and it would work.

Now connect the vesc in parallel with the lcd, like this:

and it will still work. But, connect the vesc and then the lcd/xt90 in parallel:

and the lcd wont work

TL:DR The problem comes from connecting the lcd in parallel with something that effectively is just a wire so the lcd does not have a difference in electrical potential. I hope this helps.