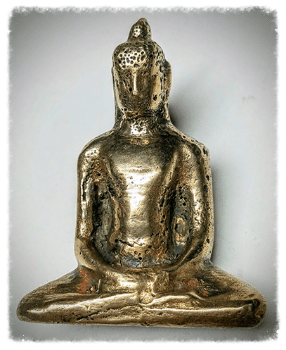 The Virtual Foundry has just launched Filamet, a new metallic filament that you can use with any 3D printer. Yes, really, you can print metal right now.

You might want to sit down, because this one is exciting. The Virtual Foundry has just launched Filamet™, a new metal infused filament that makes any FDM 3D Printer, a 3D Metal Printer!

We just got used to the fact that only high-end printers could manage metal and most mortal makers would have to make do with simple plastics. That just changed, you can now print Copper and Bronze on any 3d Printer.

This new filament from the Wisconsin-based company could literally be a game changer, disrupting the current course of 3D Printed Metal. They’ve launched with copper and bronze, but you can expect to see more metals in the near future.

The Virtual Foundry’s patented process works not only with metal,but they will follow up with 3d printable Glass and Ceramic products over the next 6 months. So maybe you don’t have to upgrade your 3D printer after all and even the most basic desktop unit could become a complete manufacturing facility thanks to this quantum leap in material science.

How does it work? It’s basically a highly infused plastic, just enough plastic to get it through your current printer. Currently this is a mere 11.5%, an amount considered below the theoretical limit only a year ago. The 88.5% of mass that remains is high purity metal powder. The prints can then be simply polished, or more interestingly be post-processed to remove the small amount of plastic. The resulting product is 99+% pure metal, which is as close to pure as many of us will ever need. The Virtual Foundry says they continue to improve the process and expect future versions to be closer to only 8% plastic.

metal printing is now in the palm of your hand thanks to Filamet Another great Kickstarter success story?

This project surfaced on Kickstarter last year, where it raised 135% of the target funding. The Virtual Foundry, though, has been on a mission to bring metal production to our desktops since before 3D printing was even an option. It worked with cold-casting and electro forming in the old days, but now technology has caught up and 3D printing looks to have given them the answer.

We haven’t got our hands on the finished product just yet. But the big launch at the Hubble Auditorium at Lockheed-Martin suggests that the team has really cracked the code.

“Printer manufacturers have struggled for years to bring metal printing down into the price range of the average individual or small business,” said Bradley Woods, the man behind this technical breakthrough. “Filamet™ takes the opposite strategy. Rather than bring the high-end down, it simply expands the capabilities of current 3D printers.”

“We expect materials to account for a large portion of near-term product innovation in the 3D printing market. Our company offers an immediate solution to producing real and useful metal prints on the desktop 3D printer that you already own.” Professionalise your home printer

This filament could turn your desktop printer into a rival for the serious commercial machines and could even prove to be better. That’s because metal printers are notoriously slow and a large printer can actually take 48 hours to produce a single print.

So while the end result might be spectacular, it simply might not suit your workflow even if you could afford to have one in your home workshop.

Consumer printers are designed with the average user in mind, so they offer a realistic compromise of price, resolution and speed. With the addition of this metallic filament, then your home 3D printer could become a real manufacturing weapon. We can suddenly make copper and bronze statues and parts without access to a kiln and that could be a maker’s revolution on its own.

Prints can take less than five hours with a consumer printer and this new material is even big news for big business.

Print metal on any printer with Filamet

Companies are into this too

The technology has attracted big names like Calvin Klein and a company that wants to license the technology to fabricate consumable parts for its facility that 3D prints Uranium fuel cells for nuclear reactors. The technology works with any 3D printer,which means that even commercial companies with several printer scan now opt to use their simpler units for faster, cheaper production.

This opens up so many new avenues and the science itself could be a launchpad for other companies to create their own innovations. We’ve often said that the biggest step forward will come from the materials, but even we didn’t see a company turning today’s printers into complete metal, glass and ceramic production facilities. We can’t wait to see the products in action and to test this filament for ourselves. If it turns out to be half as good as the claims then it has the capacity to change everything.

Looks interesting, but I didn’t see anything about how or what they tested with their filament. Current PLA metalfill is about %80 metal to %20 plastic, so their claim of %88.5 metal doesn’t sound too unrealistic. Their claim of %99 metal with postprocessing? Meh, I’ll believe it when I see it. I’d say let’s see what happens with their demonstrations, since they don’t say anything about how this will effect a home printer over time. My guess is that at the very least you should stock up on hardened steel and ruby-tipped nozzles.

This is extremly interesting and just what I needed to try something to push 3D printed motors to the next level. I have been printing the 3D printed motor 600W by Leimer for a while but I found the tourque to be way to low. I use ProtoPasta magnetic iron PLA but that one has alot lower metal in it. Having 80% iron in the plastic could help ALOT in the core. I’ll be buying some and trying it out. Can’t afford the sintering station though. I will be using a ruby core nozzle for this.

That’s true. I have no idea how the particles in the binder would affect the motor but it is definitelyworth trying out. A CNC Plasma cutter och normal CNC could probably do the laminated core, is there cheaper way of producing a one of laminated core?

Buy them pre-made… cnc plasma will melt the lamination off the metal and its not exactly cheap… also they are typically produced by die’s… they are punched, and stacked

Oooo very interesting… when can we buy??

Could be good. as a core and less Eddy currents than lams asless continuous conductive path. not ideal iron (not electrical steel) butforaquick neasy be nice