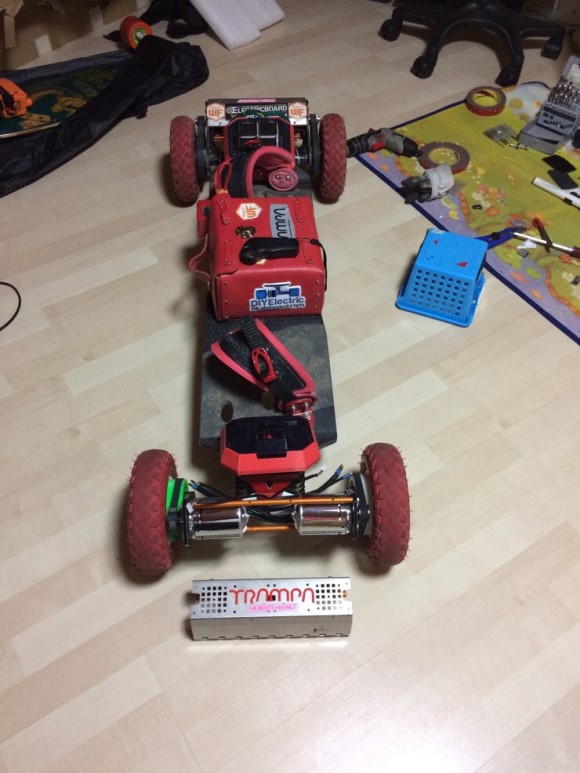 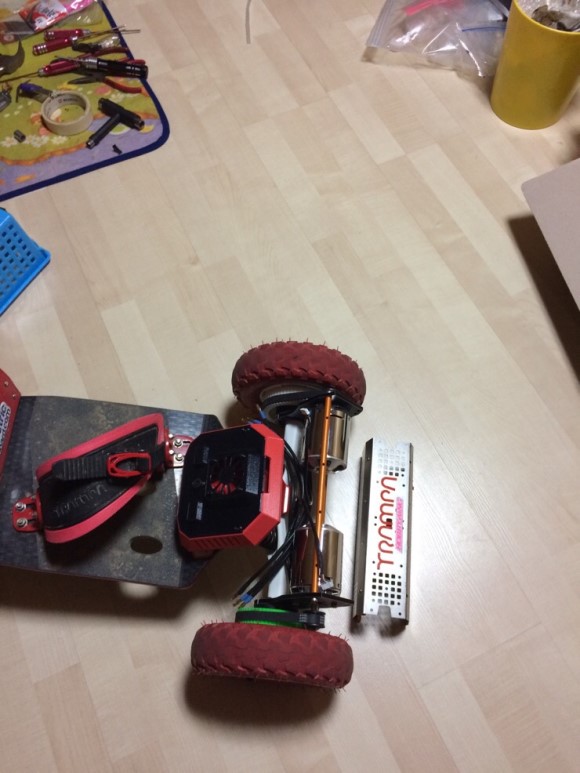 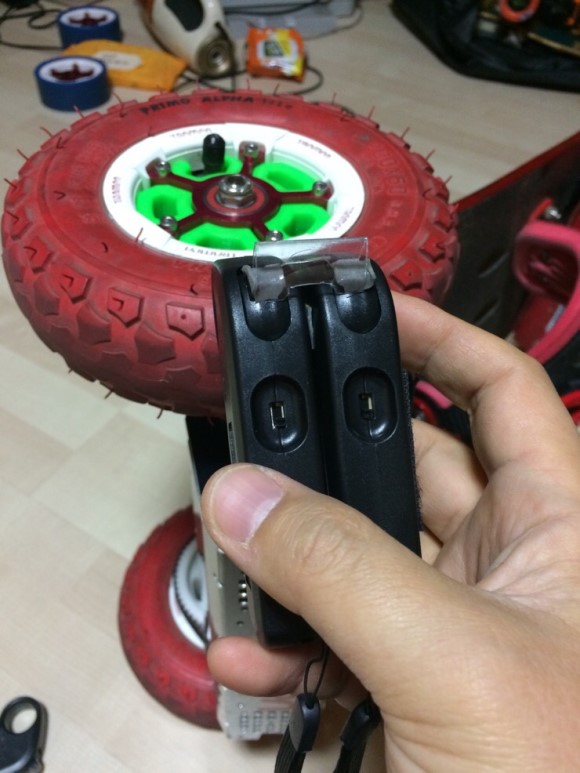 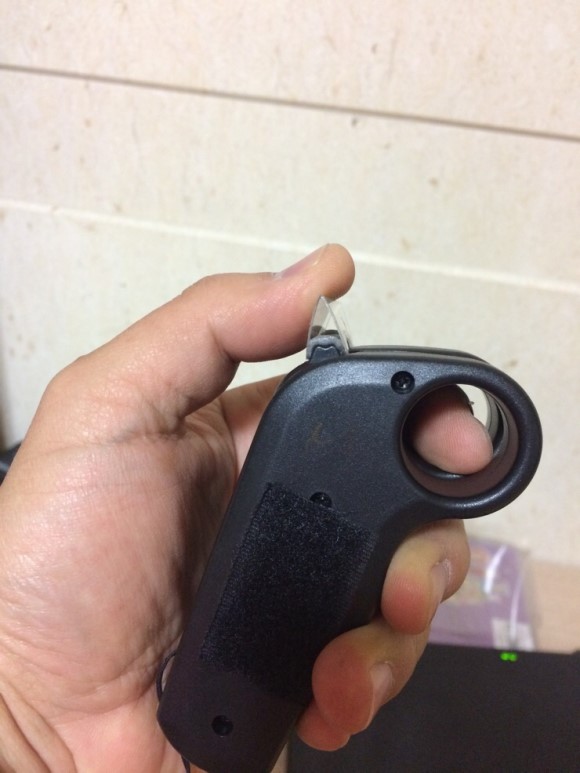 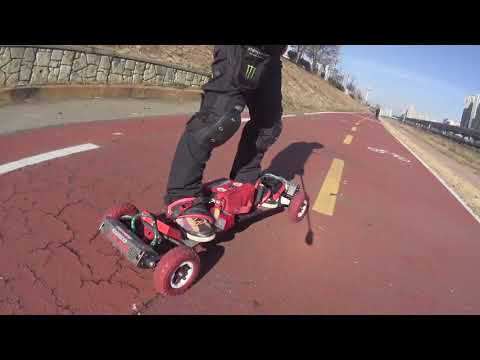 Cool build, but please if filming don’t play music while riding. We want to hear the motors. It’s not like anybody can enjoy listening to the high pitch blaring anyways…

howd the power consumption end up so different? did you set up the escs for different output or the same max? o different kv at least.

Hi scepterr, Ok, I will not play music the next time I shoot.

Hey @Martin thanks for sharing.

Cant imagine that this will work good because the frontwheels will try to turn double as fast as the rears! But their is no slip possible on tarmac…

I am curious about this part. I can not be sure, but I guess for two reasons. The first, it gives strength to the forefoot during riding. The second, front and rear wheel motor are different. Front motor has high torque.

I used different motors for the front and rear wheels to match the similar KV in my motor. Next time, I will change to the rear wheel with the same motor soon.

If so, why is it different in power consumption? What do you think?

can you switch your motor wires and make the front the back and vis versa? see if the same happens

On my 4WD tests the powerconsuption on the front was always a bit lower then rear. You use bigger Motors in Front but this dont explain that massive difference. I guess your settings are not equal on ESC

I don’t think you can program the DIYEBOARD ESC… They come pre programmed from factory.

Ive had similar finsing to Jens. Slightly more consumption on the rear even with equal settings and same motors. Your settings must me completely different to get a spread like. Im guessing the problem is in your ppm settings for your remotes. The remote for the rear isnt activating or ramping at the same rate as the remote for the front. If you use the GT2B mod you can pair both receivers to the same remote .

Maybe the actual kv values are not what they say they are. Maybe they are off by 30-40kv.

First setup was a dual mountainboard with an SK3 245kv 6364 & Tacon 245kv 6364, @Torqueboards 12s car esc’s running off 6s Lipos, and 15/65 gearing. Everything seemed fine at first. I didn’t realize there was anything wrong until the SK3 stopped working and let off some smoke and burning stank. It was too hot to touch, while the Tacon was barely warm. Only motor I’ve killed so far.

Second setup was a different dual mountain board with an SK3 190kv 6364 & @JLabs 190kv 6374, @Torqueboards 12s car esc’s running off 12s Lipos, and 15/70 gearing. During bench testing, the SK3 always started spinning first when I gave it a little throttle, and seemed to have a higher rpm at full throttle. On my first test ride, after only a couple miles of flat street riding, the SK3 was super hot, and the @Jlabs motor was barely warm. Even though the esc settings were identical, I swapped the motors/esc’s, let it all cool down, and next ride, got the same result; blazing hot SK3 & luke warm other motor. This seems consistent with the super lopsided watt draw the OP described.

@Martin I ike the idea about 2X wattmeters, nice move to monitor power draw on each side

Thank you for sharing your valuable experience.

It seems like a good suggestion. I will try to next time.