I made this one…

It can barely move it self. And a person on it… forget it.

Have I overlooked anything? Shouldn’t it be working? Can I tweek anything in bldc tool to make it work? What might need to be upgraded? This is full throttle 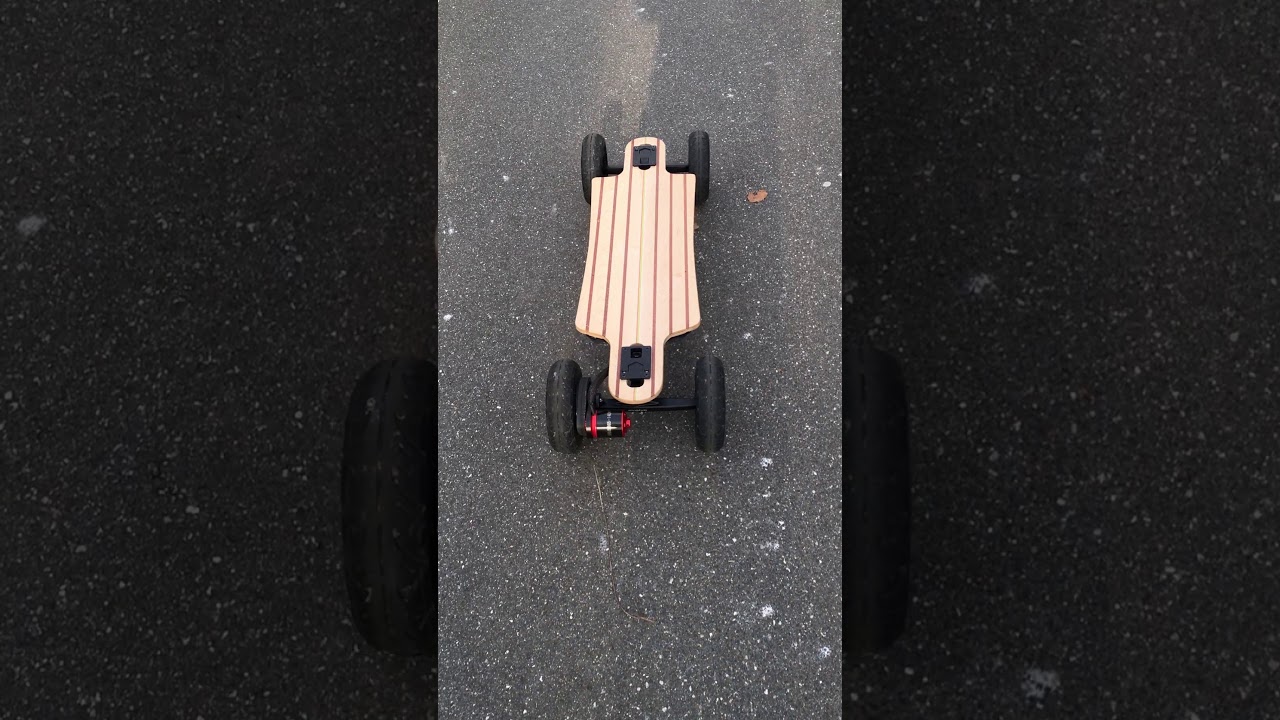 and it’s single drive on pnumatics

I took one motor off my evolve bamboo and it was fine. Took me up pretty steep hills no problem.

that’s a esc vs a vesc, dout it will work out u will burn that evolve motor out I took one motor off my evolve bamboo and it was fine. Took me up pretty steep hills no problem.

I rode my Carbon GT on one motor while the ESC was half-broken and it also was fine. The performance was extremely underwhelming and you had to run in GT mode, but it worked fine and went up hills. That’s 10S with a single 150kv 5065

? I mean that I tested to see if a single motor could run pnumatics by taking the belt of one of the motors on my evolve. Worked fine.

I am thinking the kv here could be the problem ?

So maybe its the 6s thats the problem?

Yup either he needs a higher KV motor or a higher voltage battery.

Also what kind of gearing is he running? It doesn’t look like the motor is even spinning that fast tho for 100% throttle.

Also 5065 wont give you enough torq to go much faster.

I will make a video a little later.

Change your motor (to 63xx) and your gearing.

Your battery cutoff is above 6s at full charge

That just means new motor mount as well. Hope I can do something without changing all that. If at all possible

aahhh… will look in to that