Alien Power board in Indiegogo

Bruno just got a board in a kickstarter/indiegogo mode. Seems the legendary and well respected Richard from ADS is also on the staff. 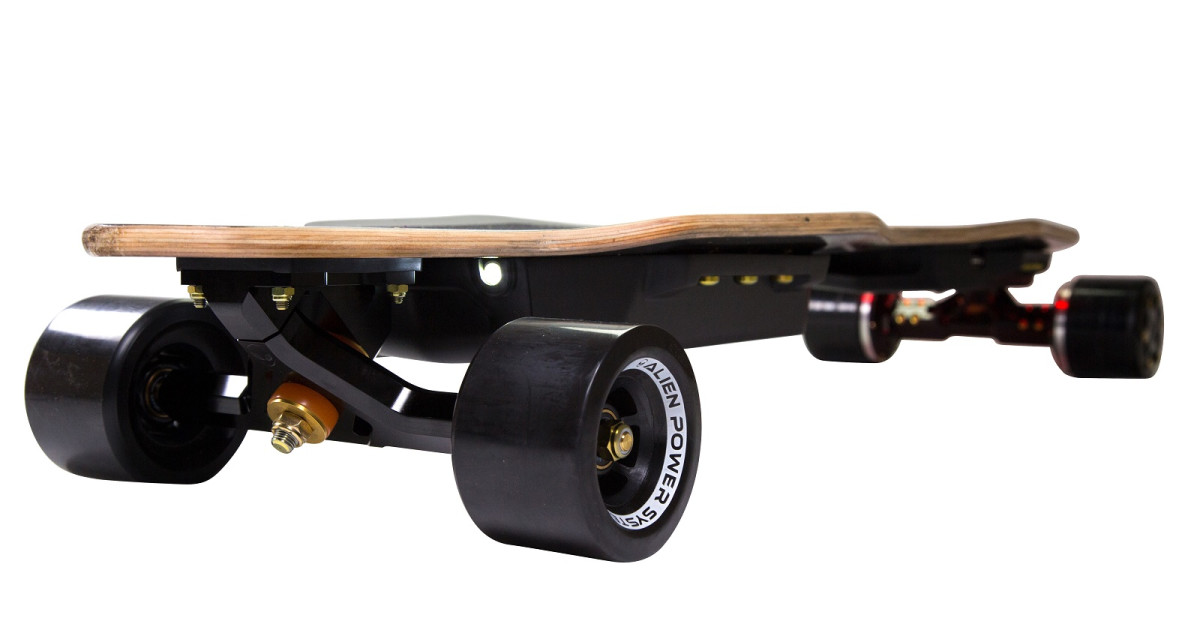 The coolest, most innovative, powerful, high spec electric longboard. The edge of technology. | Check out 'APS PREDATOR V4R' on Indiegogo.

That looks about 5mm of thane on them hubs. Perhaps thats just the render not doing them justice but I’d say they’d be a very uncomfortable ride.

This boards designs reminds me a lot like the Backfire G2 design for some reason.

I like the fan idea but other than that its nothing new apart from a whole lot more to go wrong.

I want this board to be rock solid and amazing to ride. I want aps to smash the other production boards and succeed.

Whatever happens it’s just cool to see some activity from aps and bruno in general.

I think they will struggle. Chinese hubs, no mention of esc or battery… About 10 mentions of “designed for the best longboarding experience”? Certainly looks like they spent more time in marketing than design or testing (that said even the copy is clunky and comes across as a bunch of dot points shoved together). & lastly the griptape design sucks. Form over function. 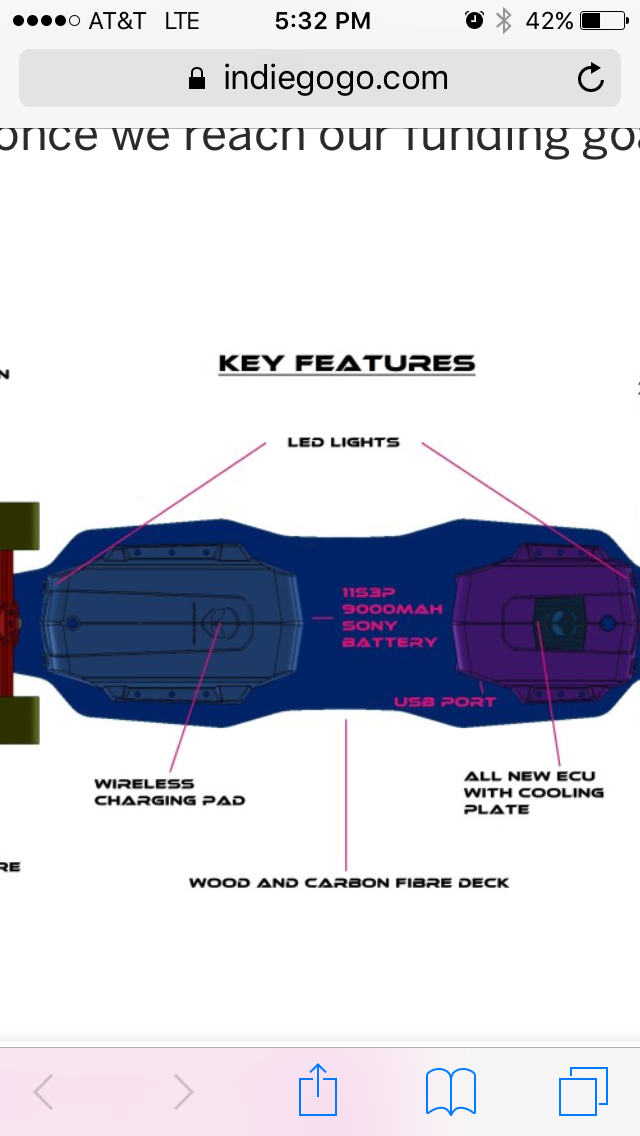 A lot of China ESC supports up to 12S.

They just need to be programmed for it, i ran an Ownboard on 12S once with a reflashed ESC.

Good to know. I suspected that the hardware in those Chinese escs could do above 10s but I hadn’t heard of anyone re flashing them until now. So I guess that means APS could be using those generic escs in their board. Of course this is all just speculation on my part.

The coolest, most innovative, powerful, high spec electric longboard. The edge of technology. | Check out 'APS PREDATOR V4R' on Indiegogo.

Looks like Allen drive systems have decided to make a proper pre-built board.

It’s allready posted in this thread, I moved it to keep the topic clean.

The caps on the ownboard esc is only rated for 50v though, not sure how u managed to get it working on a full charge

No pictures of the remote. Kind of a key selling point.

Whoops thanks @mmaner! I really like the wireless charging on it… just don’t know if I would use it. Those hub motors don’t look like they will handle rougher roads too comfortably.

lol, love how critical everyone is right off the bat.

I think it’s cool to see wireless charging in a consumer board, about time IMO. Been trying to figure this out for a while, but it’s tricky becuase it’s impossible to find wireless chargers for such a high voltage.

Another thing I didn’t see mentioned is the time it takes to fully charge. Wireless charging is cool, but it usually takes longer (look at the iPhone x for example).

It reminds me too much of a boosted board. Same split design, same board shape.

The thing everyone gets wrong with hub motors that hummie did right (even though I fought him on this) is keeping the stator a smaller diameter and just making the wheel longer. You accomplish the same thing and end up with many mm more of urathene. Also no mention of whose making the wheels. Both enertion and hummie are using companies that are the industry standard wheel makers.

A lot of marketing, but wonder how it really rides. Only pre-made board I’ve ridden and actually felt wasn’t under powered was the raptor 2.

I am the only V4R backer at the moment. Thin urethane, 11s, scheduled shipping time, what kind of ESC … There are some uncertainties, but backers are not gathering too much. What is the reason for this?

I ordered my parts from APS 5 years ago when there was very limited options for my first build, and I was very impressed. I didn’t even have to go dual 6374s even though I ordered everything for it. I would hope bruno would continue to use quality parts, and we can see something great. I would at least like to test those Hubs.

Are these the same Chinese hub motors as all the other random off the shelf boards?

It looks like it to me. I’m not not a fan of hubs, but I don’t get excited over seeing the same hubs and same formula in a board over and over again.

Something like hummie hubs… or those indestructible direct drives that one dude made, or carvons, or the DDs coming from TB, or those 90 degree angle helical drives, or gear drives in general… all of these are relatively innovative and exciting to me.

This? Meh… just seems to me like they are trying to make a buck. Anyways, good luck to them I hope they sell… looks interesting enough, and from a reputable company at least.

One criticism… they are going to need to add more grip tape. No reason to have grip tape in the middle where you don’t stand, and have it taper off to basically nothing where your feet actually are. That seems real dumb. Easy fix at least

I don’t get all the fuzz, they are using great parts. cnc trucks with titanium axles, sony vtc 6 battery, a proven controller, and either a new foc esc they are still working on or a dual vesc system (which one they will use they will update about when they know it). Motors are probably 5065 size as far as i can guess based on the renders. Because of this their might be a great opportunity for aftermarket 90/95mm sleeves which will provide some more thane to soften the ride, just like backfire is doing.