So i have a Miami electric switch which ive been using for maybe the last 6mo or less. At any rate, I HAD to ride for 1mi in light rain yesterday…as I arrived to my destination the board wouldnt turn off which was weird… I assumed it was the water as my lights all fizzled out shortly after as well. Luckily I have a bestech BMS and can use that switch for now.

Upon inspection and opening the case only a small amount of moisture had gotten to my buck converter that powers the lights. I was able to clean it up with some rubbing alcohol today and get it working again. 1 point for me…

but the on/off switch which is more in the middle of the case had no moisture around it, not to mention the switch comes shipped waterproofed (basically) with what looks like dielectric grease or something.

Anyways… the physical switch on the outside illuminates as expected, and continuity is on/off as the switch is pressed on and off.

Voltage from battery just goes through it…

at the pins if this helps…

thanks and let me know if you know anything! 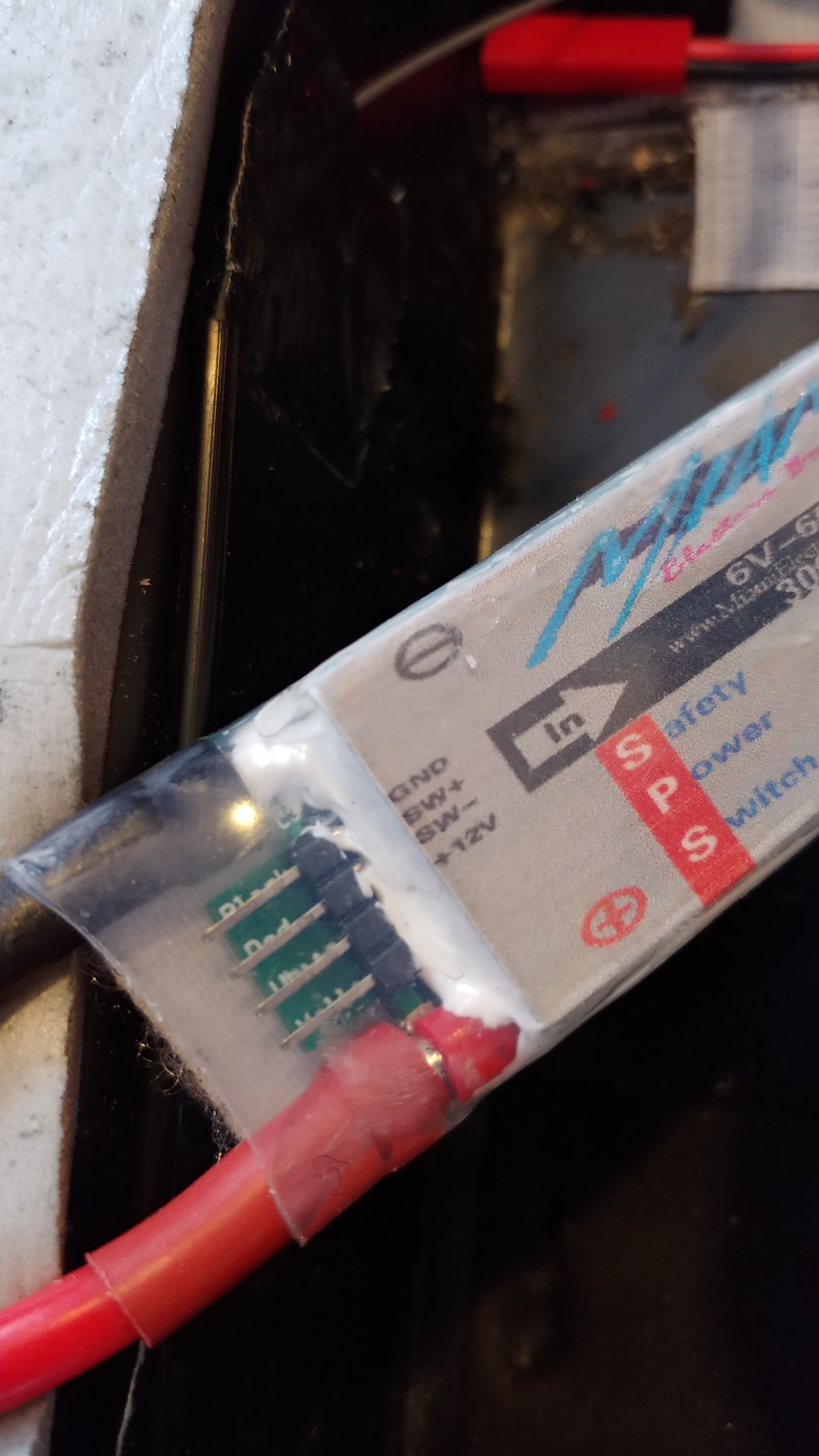 sounds like your fets locked shut. This can happen on occasion if there’s a short in the mechanical switch, such as from moisture. It can also happen during extreme braking currents but that’s not typical.

Of course this is just a rebranded Flier switch and not the 300amp variety so it may have just done it for the fuck of it because those are just not reliable.

On this topic, If I want a means of turning my board on and off that wont break, while supporting up to 100a, what would you do?

DiebieMS has a switch, does anyone have experience with that? Is the eswitch aspect of it good?

On this topic, If I want a means of turning my board on and off that wont break, while supporting up to 100a, what would you do?

the 300 amp variant of this exact switch from Flier. Simultaneously, that company makes both a total shit switch and a completely bullet proof switch. The 300 amp version we have used in a number of boards including ones running at 13S with ridiculous settings.

It probably won’t take a full 300 amps but it will take over 100, and we’ve used it in boards with 5P and 6P cell groupings in BMS bypass with a lot of success.

DiebieMS has a switch, does anyone have experience with that? Is the eswitch aspect of it good?

This is the sexiest implementation of a Loopkey I’ve seen

I like the idea of a key system or something that stays in, similar to a car, but i fear I would lose the loop key / regular key x)

@mmaner has some nifty little 3d printed mounts for loop keys. Make it look all nice and cuddly.
@accrobrandon no switch I have used so far has lasted more than 3 months. Most seem to stick on though. I will now be frantically searching up the item @longhairedboy has so kindly mentioned. I use the bms switch on my bestech and loop keys on everything else for the moment.

what about the one on yur site? Hows that wire up?

Replace it @Martinsp has some good ones

what about the one on yur site? Hows that wire up?

its fine for 12S 60 amp applications and below, and it uses a standard SPDT rocker switch.

5 qty min at $38-$48 a pop isnt to bad wonder what the shipping would be. I feel like 300a is where to be looking since no one should every be coming close to pulling 300amps

yeah I enjoy having a standardized switch, may have to reach out to them and check costs… and maybe arrange some sort of mini group buy or something… luna cycle upped their prices on the one that is same as mine… if they were still $35 on their site i still woulda bought a new one…

@mmaner bought one and had it die on him in a short amount of time. I just check luna cycle and when you search them is says $35 but when you click on them it says 47 someone forgot tofix the price on the other page lol

I got 2 experimental versions, both of which had some sort of extra fail over fets. 1 is still running, the other died in about 3 months if I remember correctly.