Any advice on my first build?

Hey guys, I just wanted to get a second opinion on what I have chosen to go with, as well as anything I may have forgotten. Drivetrain: Yes, I know this is way overpriced for what you are getting but this just seems like the most reliable option to get the whole set. 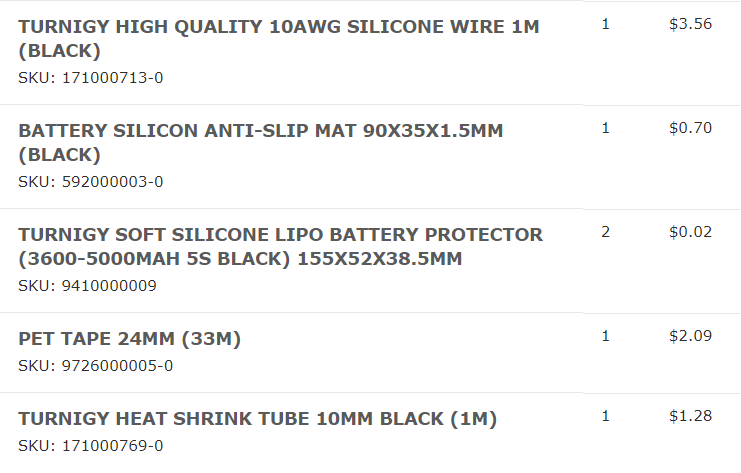 It says the deck is unavailable?

Also! I am going to be rocking the 97mm Flywheel clones but I forgot to include a pic of those!

I must have bought the last one because mine already shipped.

I’m assuming by the silence that I did a relatively decent job. I just wanted to make sure that I didn’t have to order any more parts or tools,

What was your plan for a power button?

I thought that the charging port I got has a power button.

Bad news, most any power button you buy won’t be made to handle the massive current Good news, there are plenty of ways to use a button like that with the help of some good ole mosfets

Well, it may, but it looks like it is just a push button and charge port to me. You will need something like an antispark switch or XT-90S connector to subdue the large spark caused by using the high voltages required for Esk8

The basic principle of the field-effect transistor was first patented by Julius Edgar Lilienfeld in 1925.[1]

The “metal” in the name MOSFET is now often a misnomer because the gate material is often a layer of polysilicon (polycrystalline silicon). Similarly, “oxide” in the name can also be a misnomer, as different dielectric materials are used with the aim of obtaining strong channels with smaller applied voltages. The MOSFET is by far the most common transistor in digital circuits, as hundreds of thousands or millions of them may be included in a memory chip or microprocessor. Since MOSFETs can be made with either p-type or n-type semiconductors, complementary pairs of MOS transistors can be used to make switching circuits with very low power consumption, in the form of CMOS logic.

They’re a sort of electrically controlled switch to simplify things. Look into antispark switches (these use mosfets), or look into a loop key. This is what ShutterShock was mentioning.

And he didn’t even cite his sources, tsk tsk.

what makes you think i didn’t write that myself?

So I ended up purchasing the power switch and battery indicator from Mboards. NEW AntiSpark Power Switch Take the hassle and risk out of your builds. With this power switch builders will be able to safely deliver power to ESCs with out the risk of spark and shorting.  Features:Max Current: 180AVoltage: Up to... Will I need any extra adapters in order to wire these into my build?