So after a nasty fall I decided to move on from DIYeboard. Have the full kit, used, possibly missing parts maybe. I honestly don’t care enough about this shit to even look if it’s all there, I’ll throw in everything in the photo, plus any extra little shit I find that I don’t want. It all still works, but the whole thing is in pieces and I don’t care enough to put it back together. Perhaps $400AUD plus shipping to wherever you are? Idk if anyone would even want this, I know one of the motors has one of the screws stuck in it as I managed to shear the top off 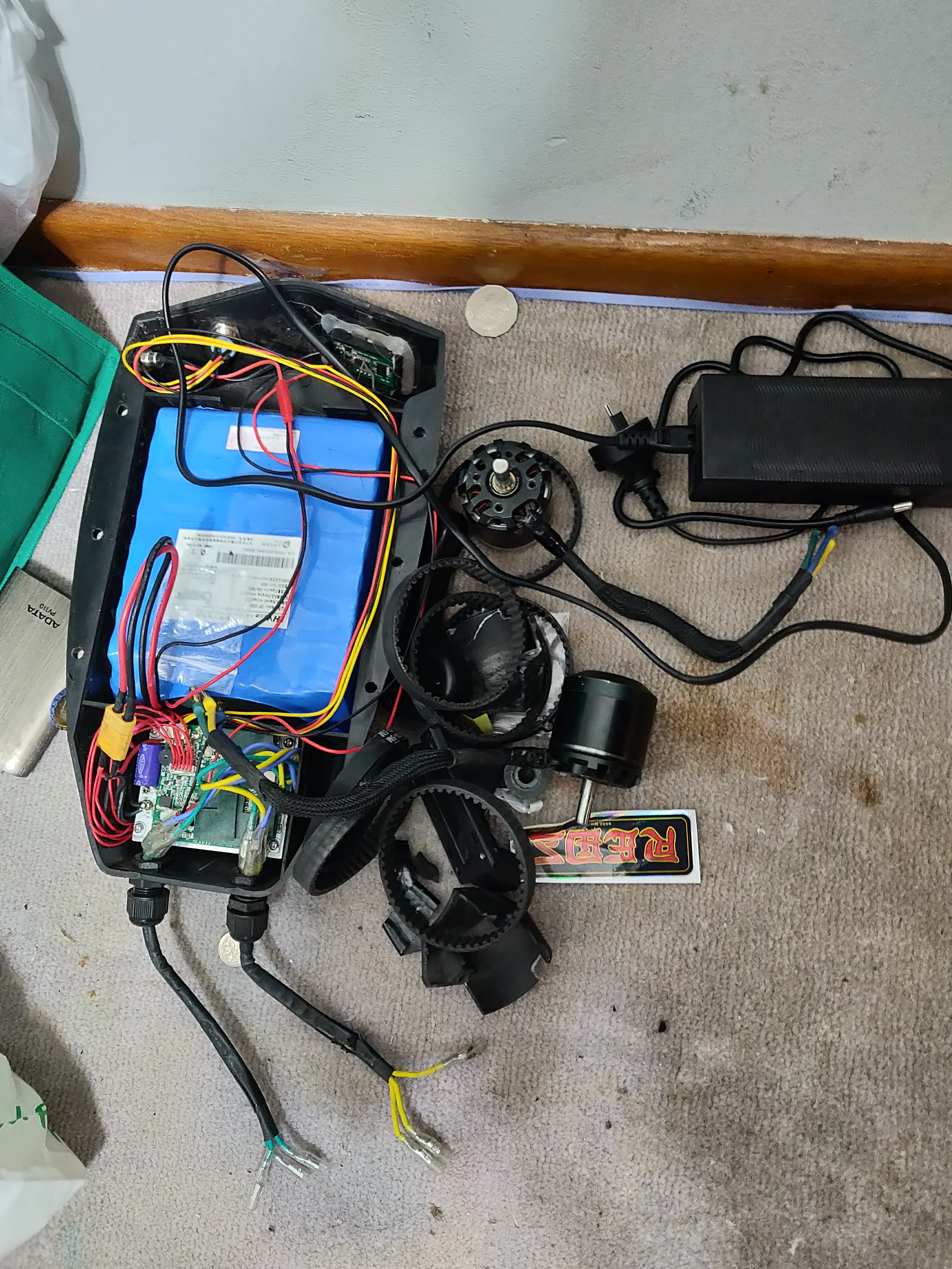 Okay apparently I don’t own the trucks anymore? Probably not still worth $400 I guess

Done with esk8 all together or just Diyboard parts?

Oh I’m still hard on that esk8 stuff, just need to fund 2 focboxs or fsesc6.6, and after I had a truck snap they can fuck off

after I had a truck snap they can fuck off

Hey me too. Luckily my board was only 6s so I wasn’t going over 20 and it was easy to runoff.

I want that battery but I doubt it would be worth it trying to ship it to the states.

I’ll be completely honest man it sags like a bitch after its down to like 70% and it’s heavy too, I’d be happy to sell it separately if no one else wants it

Im sure its a very meh battery. Im running a 6s3 of the same thing… i get sag after a few blocks

I should just save a buy a real battery… lol

Ive got a 12s5 on its way from psychotiller.

I think @dareno needed one of thier ESCs for dual drive