hey, guys just finished my 1st DIY build and have been riding it for about 5 days now. The reason behind the name is because it’s stealthy, also people think “WTF is that” when they see it just like their reaction would be if they saw some of the stuff they are supposedly hiding behind the fences in Nevada. Anyways I would like to give a huge thank you to @Jinra, @Mikenopolis, @psychotiller, and the many others I bothered in the community with my noob questions trying to fix the many issues that came up along the way. Enough rambling and onto the Specs and Pics below: 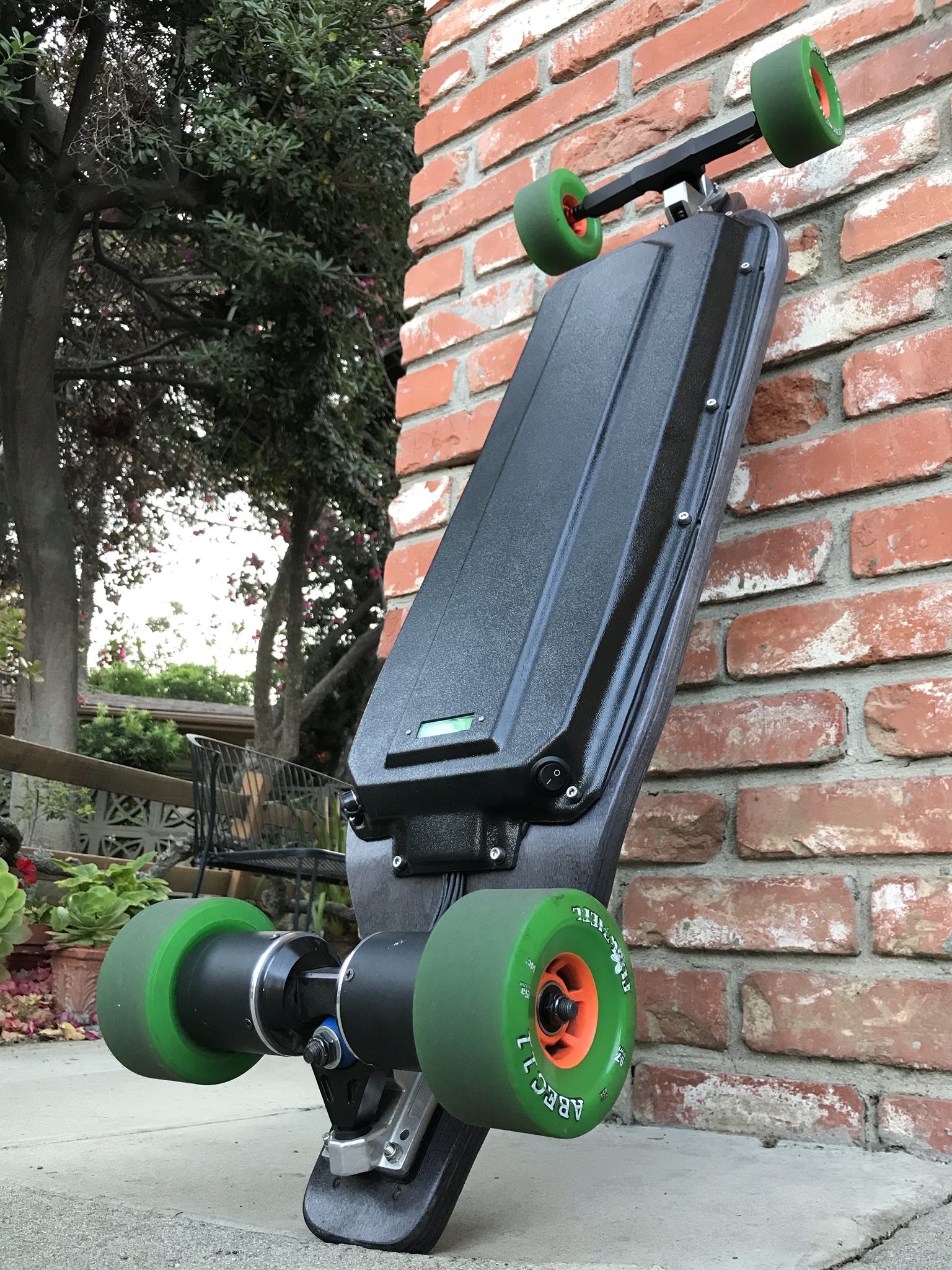 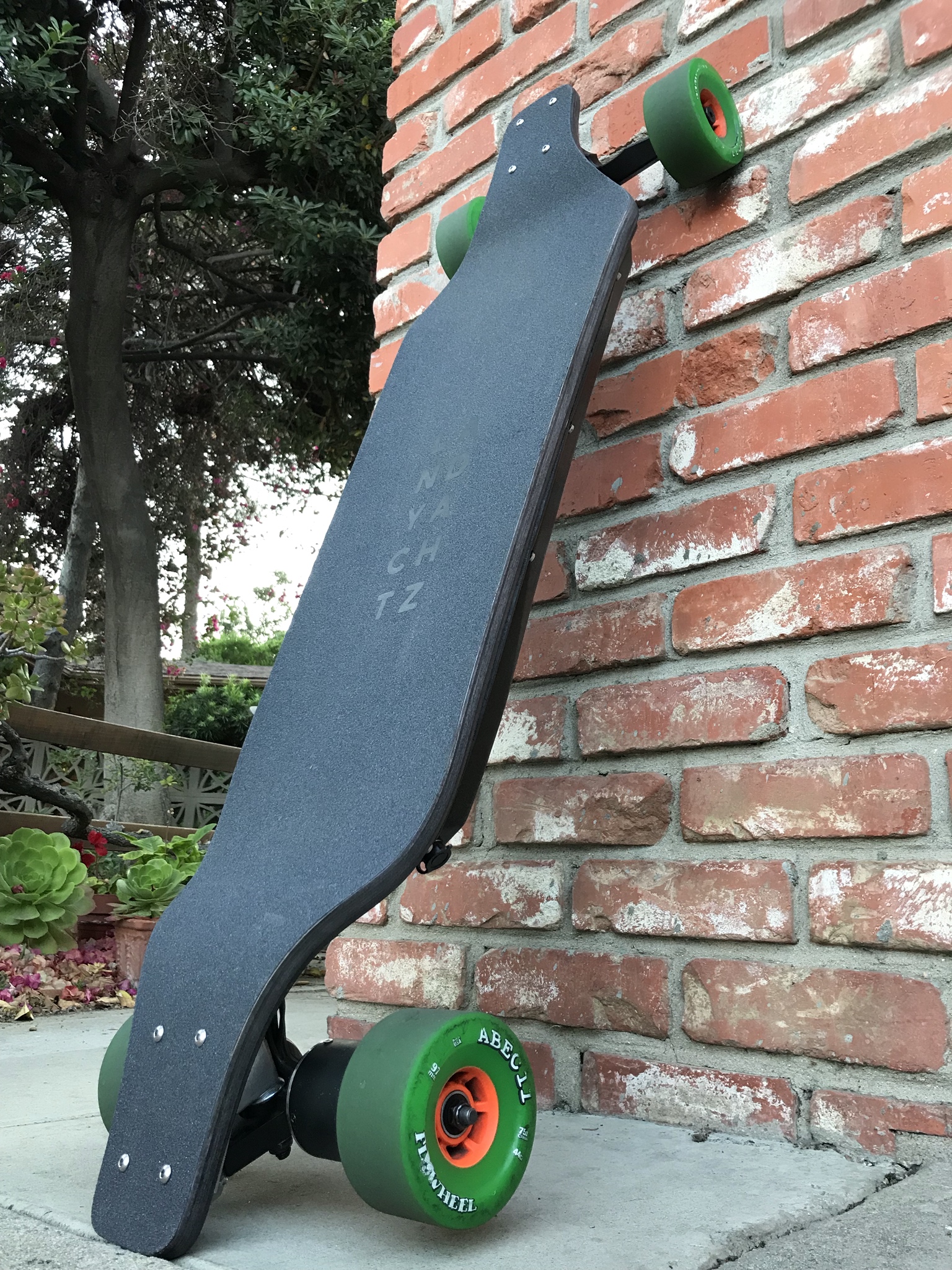 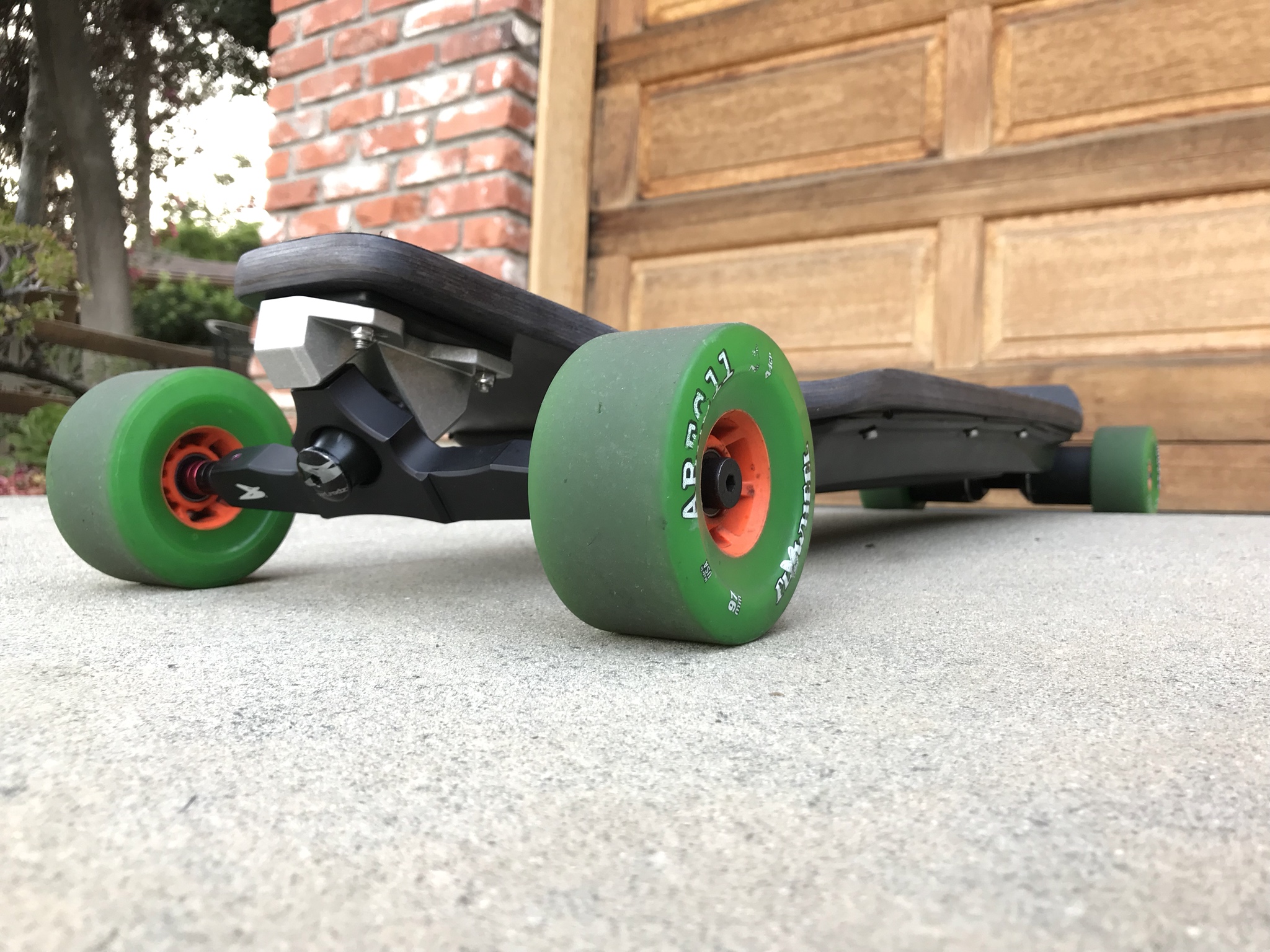 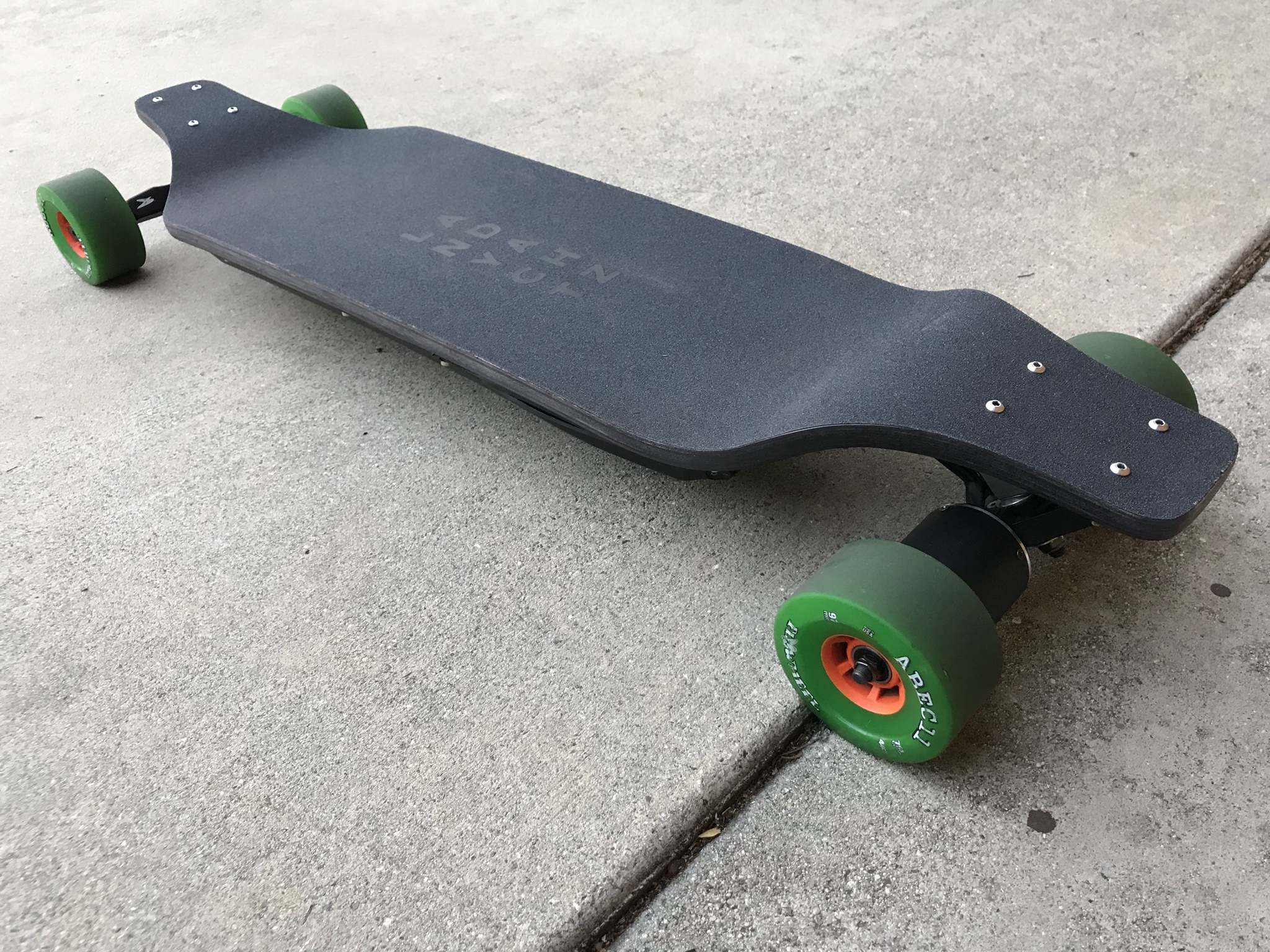 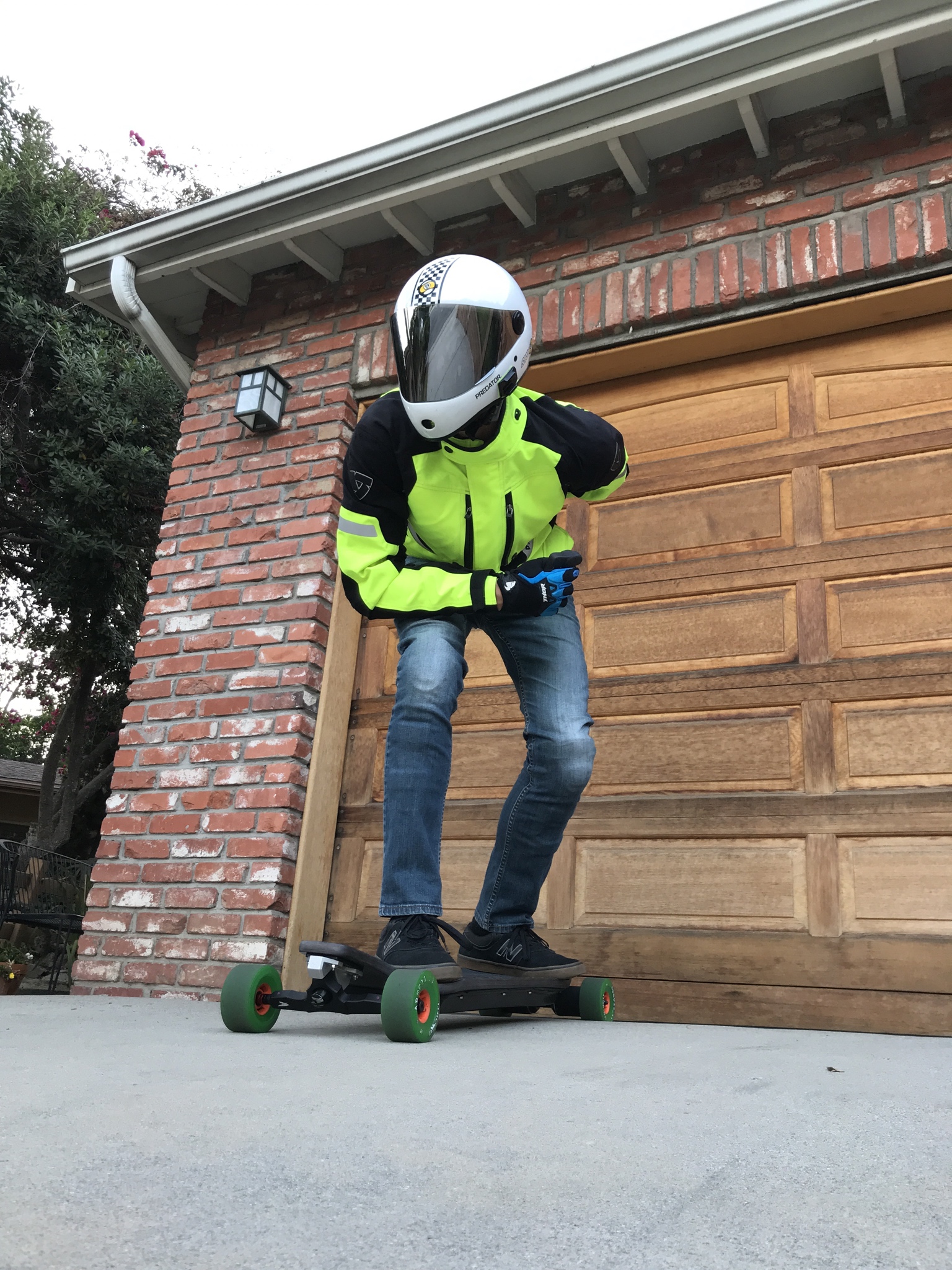 Nice build!! I’m so jealous of the v4.5 speed drives. I’m sure you can hit crazy speeds on this thing!!

Another nice looking board.

Awesome. Do yourself a favor and roll that board over a small speed bump just to know your clearance. That is one low ride.

I can’t wait to see it in person

How exactly are your Carvon SD-R drives a version 4.5, and not simply the version 4, like all the other SD-R’s? Were any modifications made to these that has improved these over the V4’s?

Is the battery premade or did you make it? Wondering what the cells look like and how much space that 10s5p takes.

scraping the bottom of the board

ouch. yeah, speed bump check is what I always do. When I rode with the SD crew their routes always went over like 5 speed bumps, 3 of which you cannot go around. that’s why I avoided the drop through on the hummie deck and changed to 107s. feels great to be low, but that tiny limitation is annoying.

The “4.5” isnt official I dont think. But I think he means that his speed drives have the updated rubber sleeves.

diffrence is that 4.5 have thicker motor steel cans and flux ring is alot better