Well… “Today happened, what I was sure never could happen with me…” @Andy87

I came home after a long day and opened my mailbox to find the last item to build my battery. I became super excited and without thinking further I began. The biggest mistake you can probably do.

I went straight out to my spot welder and began. 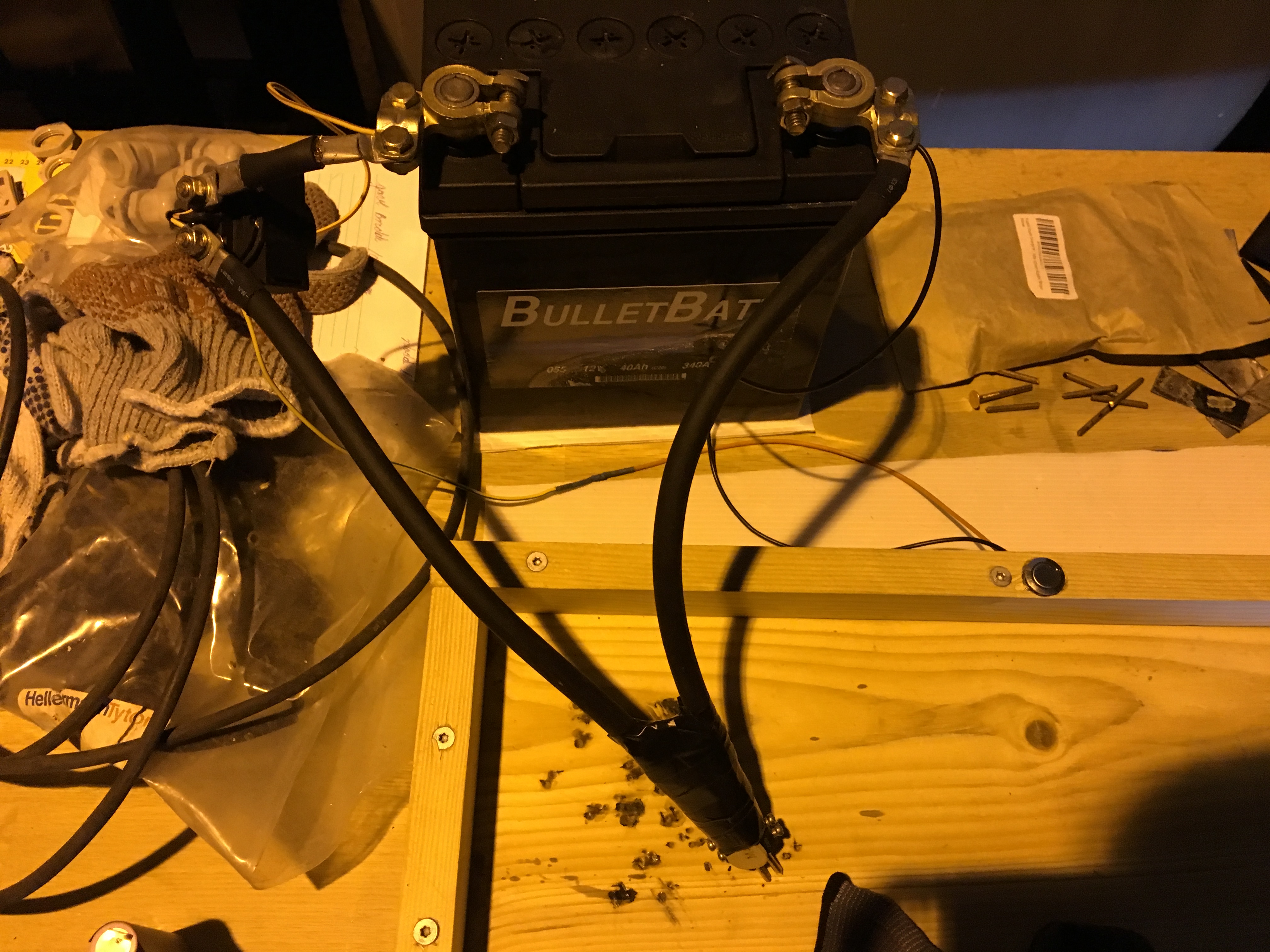 Well the first spot welds were quite good but then the second pack was were everything went wrong. 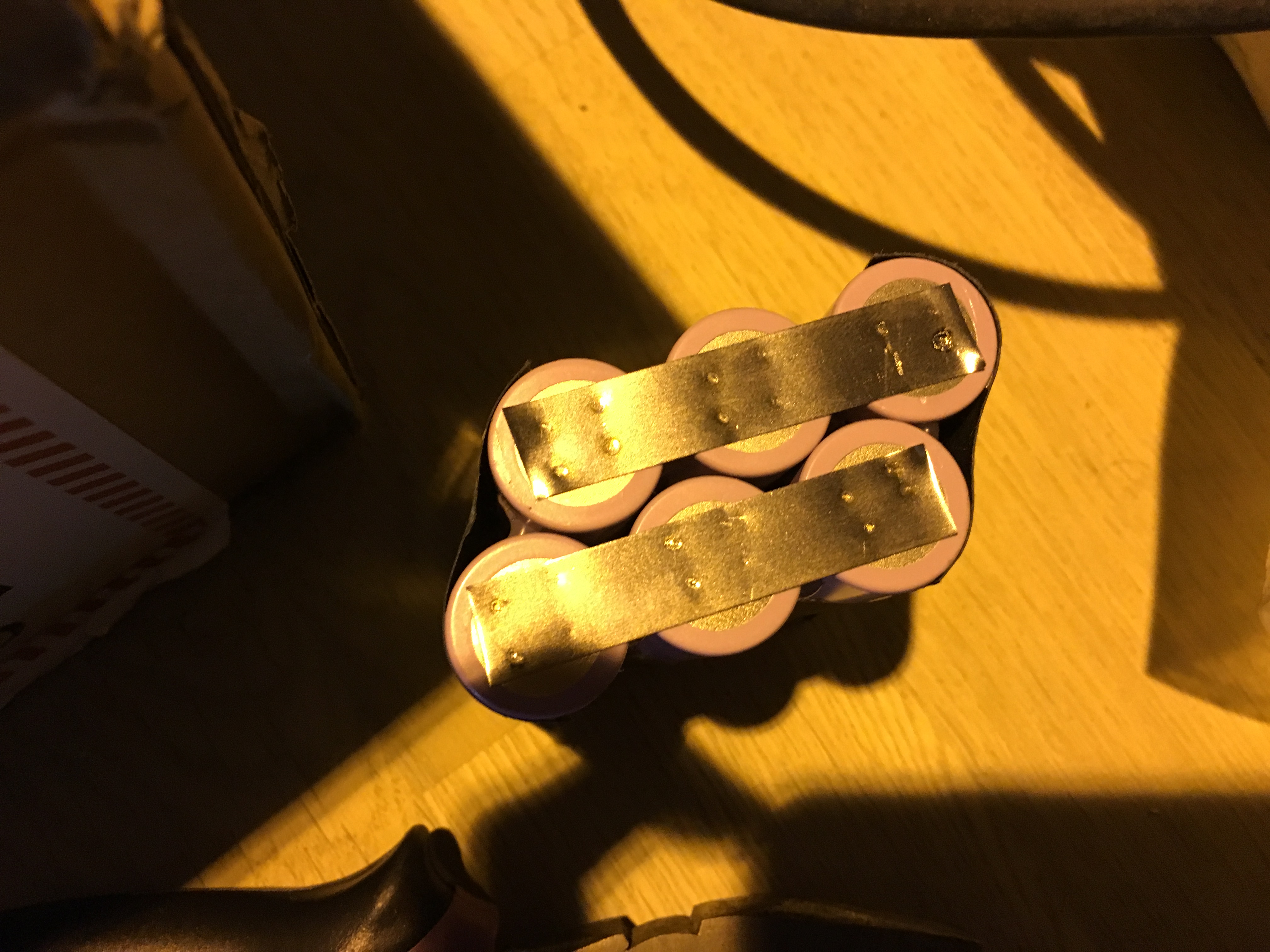 I clicked the button and I think I held it down for too long because there came a lot of sparks out of by battery. After that I looked at my battery and saw some blue stuff. Im really fucking pissed at myself for being stupid. IT IS STUPID. REALLY STUPID! NOT JUST A MISTAKE! But im also really happy that the battery didn’t explode. Imagine what could had happened if the battery started burning… Because I was so excited I didn’t have my fire extinguisher next to me… 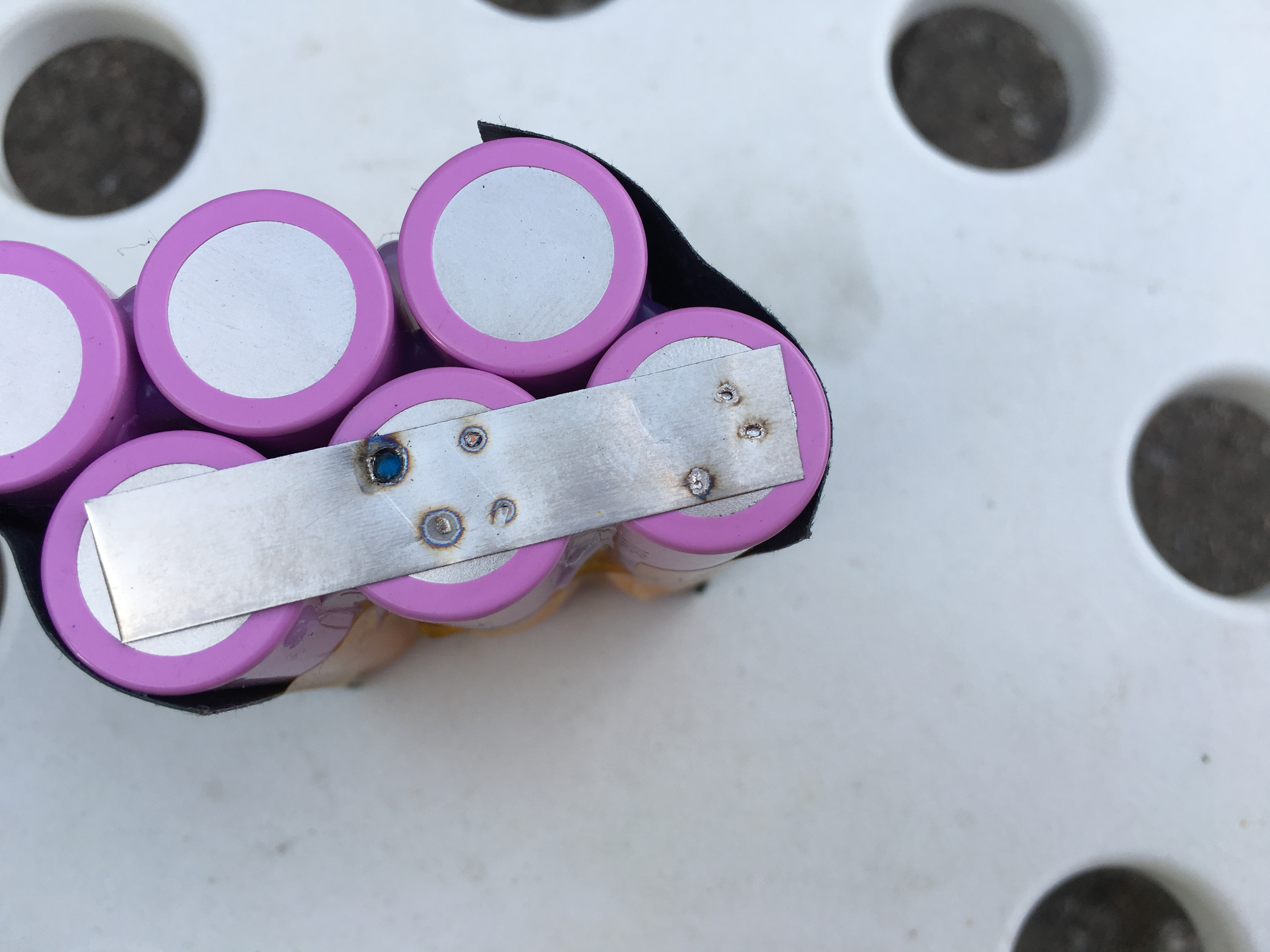 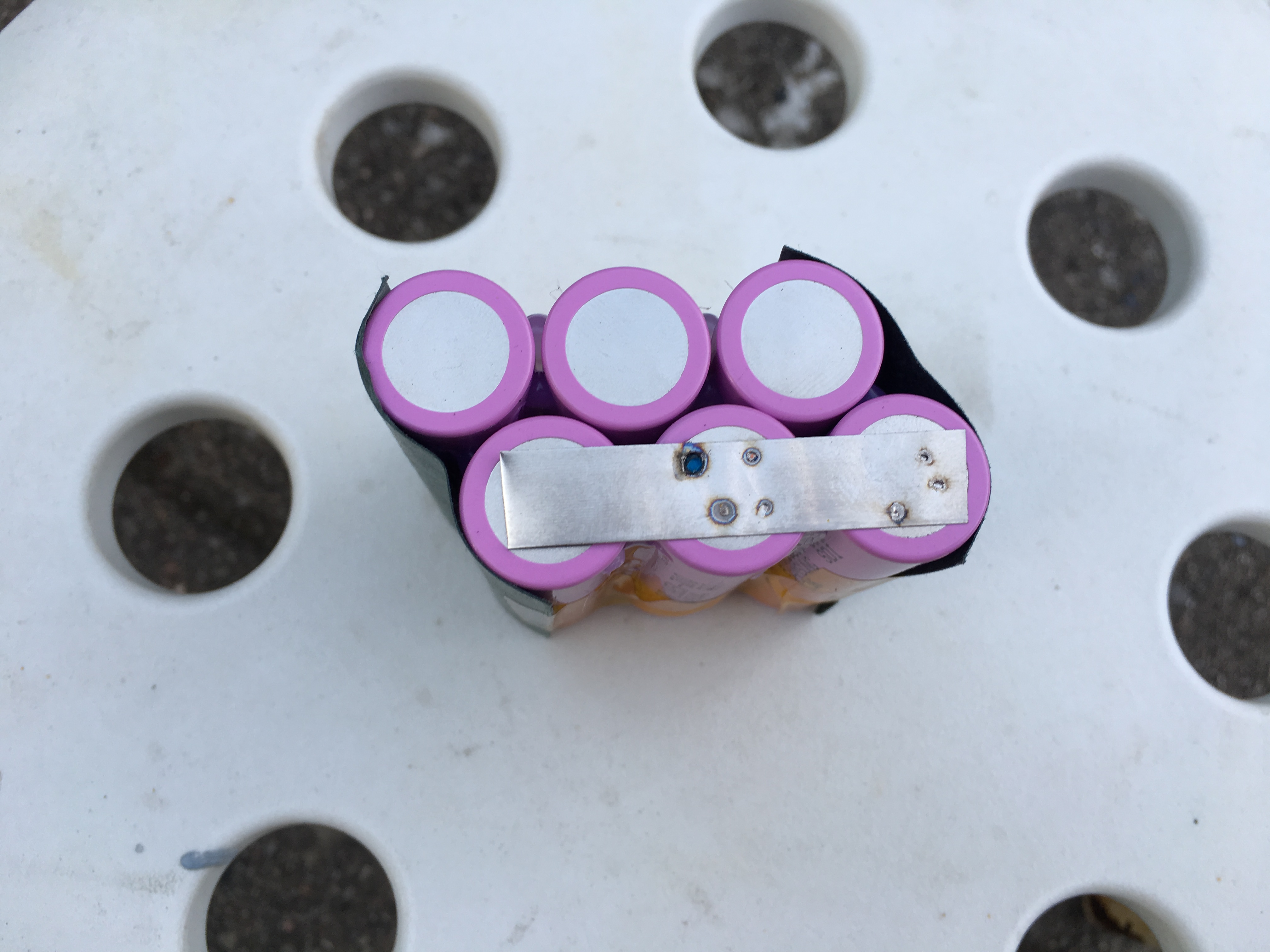 What I wanna say is that BE CAREFUL! These batteries are fucking dangerous and you should really focus on what you are doing. Be prepared and sit down for a minute before you begin and think of all possible things that can go wrong so you are prepared. Batteries are dangerous if not handled correctly. Be careful and learn from others mistakes. I didn’t so learn from me.

Jokes aside: BATTERIES ARE NOT TOYS! BE CAREFUL!

And while you are here: Do you think I can remove the destroyed battery from my pack and replace it with a new one or is it too dangerous?

Did you hold the Spot welder Tips like this | | OR this \ / while you were welding?

Do you think I can remove the destroyed battery from my pack and replace it with a new one or is it too dangerous?

Remove the broken cell, measure the IR of the healthy ones and check if they have the same or as a new one. Maybe the two others got damaged too. If they Match with a new cell just replace the broken one otherwise replace All three cells.

That hole is the result of there not being enough pressure on the nickel to keep it in enough contact with the cell can.

If you notice,you tried welding it right next to the heat shrink line. You’re going to have to press REALLY hard there to get the proper contact because there’s a plastic wedge working against you. Next time stay in the center area.

Maybe it is also about the wrong Spot welding angle. The spark goes into the cell instead of going/pointing to the other Spot Welder tip

It is recommended to Spot weld with a flat angle. Even More than 45°

That could be the issue. Thanks.

What does IR stand for?

What does IR stand for?

The lower the more amp it can produce and vice versa

Give him the long answer

Well fuck me. I don’t have a hobby charger… Guess i’ll just replace all the cells.

Do it your self

Well i mean. You can write him the long answer

Good that nothing more happened

(few bubbles in the heat shrink) 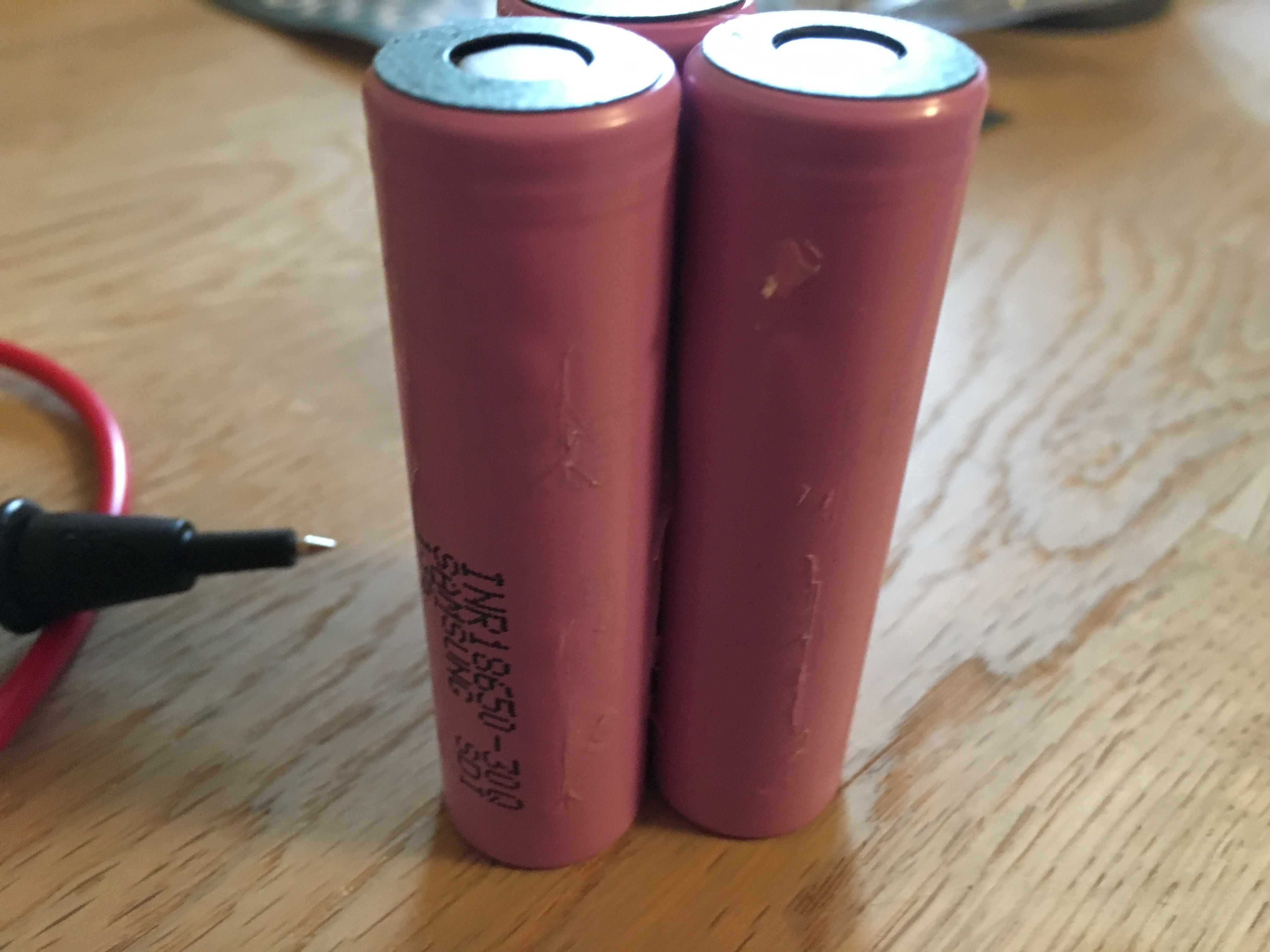 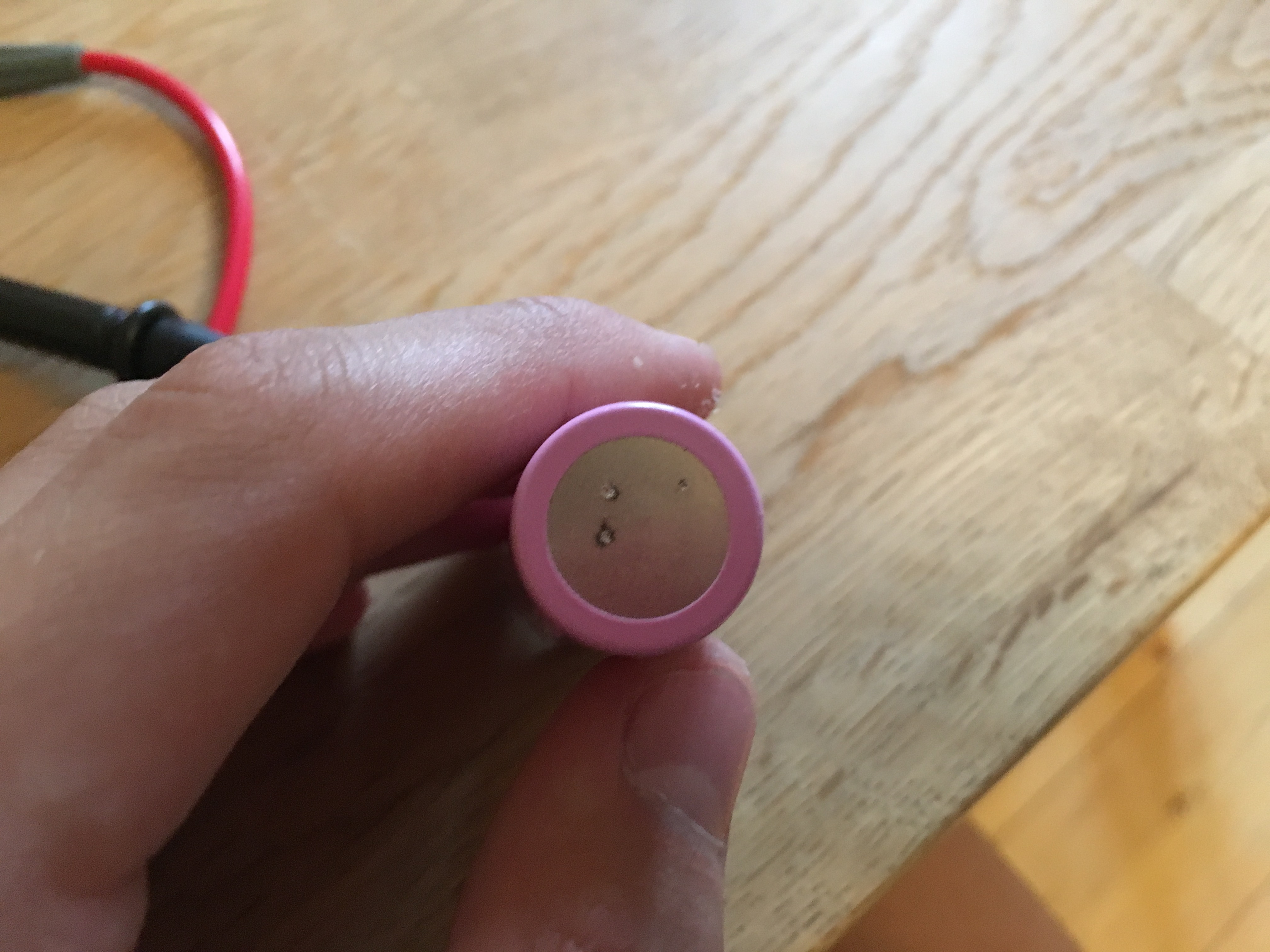 don’t expect peak performance if you do. Reusing cells often results in shortened lifespan for the whole pack.

Man that exactly why I said in the past to add an Arduino to it. You can not rely on your finger since you won’t be constant over the time. I ran several test before make my battery pack and with the spot welder I built I get constant nice results with two pulse of 50ms and 100ms respectively. It’s impossible that you press so fast and moreover constant for hundreds of time. During testing 250ms pulse was already way to long with my set up.