Some background: I’d been happily riding my DIY esk8 (using an Enertion Space Cell Pro4, a 170kv motor, FOCBOX and GT2B controller) for a while last year until disaster struck - I went over a sidewalk while skating and the impact of the landing literally tore my truck in half. The side of the truck with my brushless out runner and wheel simply separated and got torn from the board, forcefully unplugging the phase wires from the motor and switching the board off. As I was on the cusp of a semester abroad, I thought I might as well approach the problem later. Well, now it’s later and I’ve rebuilt everything to get my skateboard back to its former glory… except that now the battery won’t turn on.

If someone out there could kindly take a look at my video and tell me what you think the problem might be, that would be hugely appreciated. Thanks in advance!!

The thing you don’t know what it is, is your fuse. If you have a multimeter, take out that purple thing and measure the resistance from one leg to the other. If it’s 0ohm it’s fine. Put it back to the holder than measure the voltage on the yellow plug. It’s the xt90 plug which gives the power to your vescs. If it is a 10s battery pack than voltage shouldn’t be under 25v, for 12s not under 30v. If it’s over that than it looks like your bms is broken and you need to replace it. If it’s under than your cells probably fucked.

I didnt watch the video but make sure you open up your pack and see if all the welds still hold if they hold and your battery works normally without the bms the bms is dead if they do not get ta new pack or reassemble the whole pack How old is the pack?

No multimeter on hand at the moment unfortunately

I’ll see if I can get my hands on one though.

I bought the pack about 2 years ago… The welds to seem to be pretty solid though. How would I go about removing the BMS?

Yes please. It’s the only way to make sure what’s going on with your pack. There are cheap ones in every hobby or electric shop. Does not need to be the high end fluke…

Thanks a ton! I’ll get on it. This is hugely helpful guys, thanks so much!

bypass it, post some pics on how it looks so we can help you but I doubt the bms is the fault here

When your truck snapped did you actually turn the board off? The phase wires disconnection would disconnect the motor but the board would remain on.

I’ll get a multimeter by tomorrow and let you all know what’s up.

you almost certainly had the issue I did, you left it on and now the pack is flat. You can sometimes revive flat li ion batteries with trickle charge until its at a safe voltage again… make sure you monitor everything please.

@Andy87, turns out my housemate has a multimeter that I borrowed. The fuse read 0.6 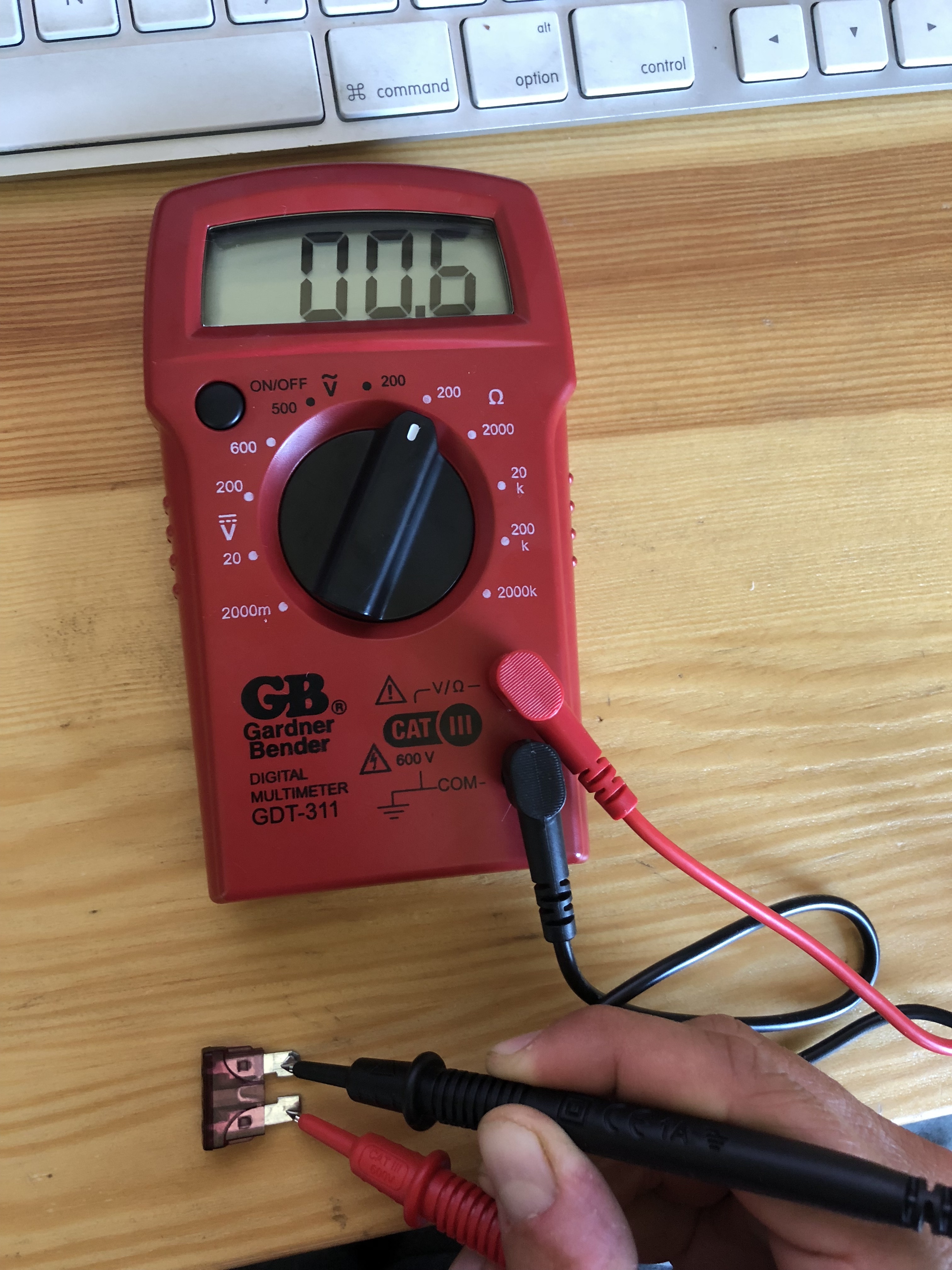 And when I checked the voltage on the battery at the xt90 plug, I couldn’t get any reading at all…

Is it worth trying to rebuild the battery? How can cells become “fucked”? I assume that means they’re not fixable, at which point it sounds like rebuilding the battery is kind of pointless…?

The cells themselves may have been damaged from being overdischarged.

Open up the battery and measure the individual cell voltages. If they’re below 2.5V you’ve got issues.

Make sure to probe with the multimeter at the actual cells themselves.

I saw this cool thing these guys did with the boosted board, it was way over discharged, and one drove a car really slow and the other held onto a rope that was attached to the car and then he towed him until the rechargeable brakes powered the board on enough to charge

So here are some photos of my battery. @Spatt could you please specify where I should check the voltage? 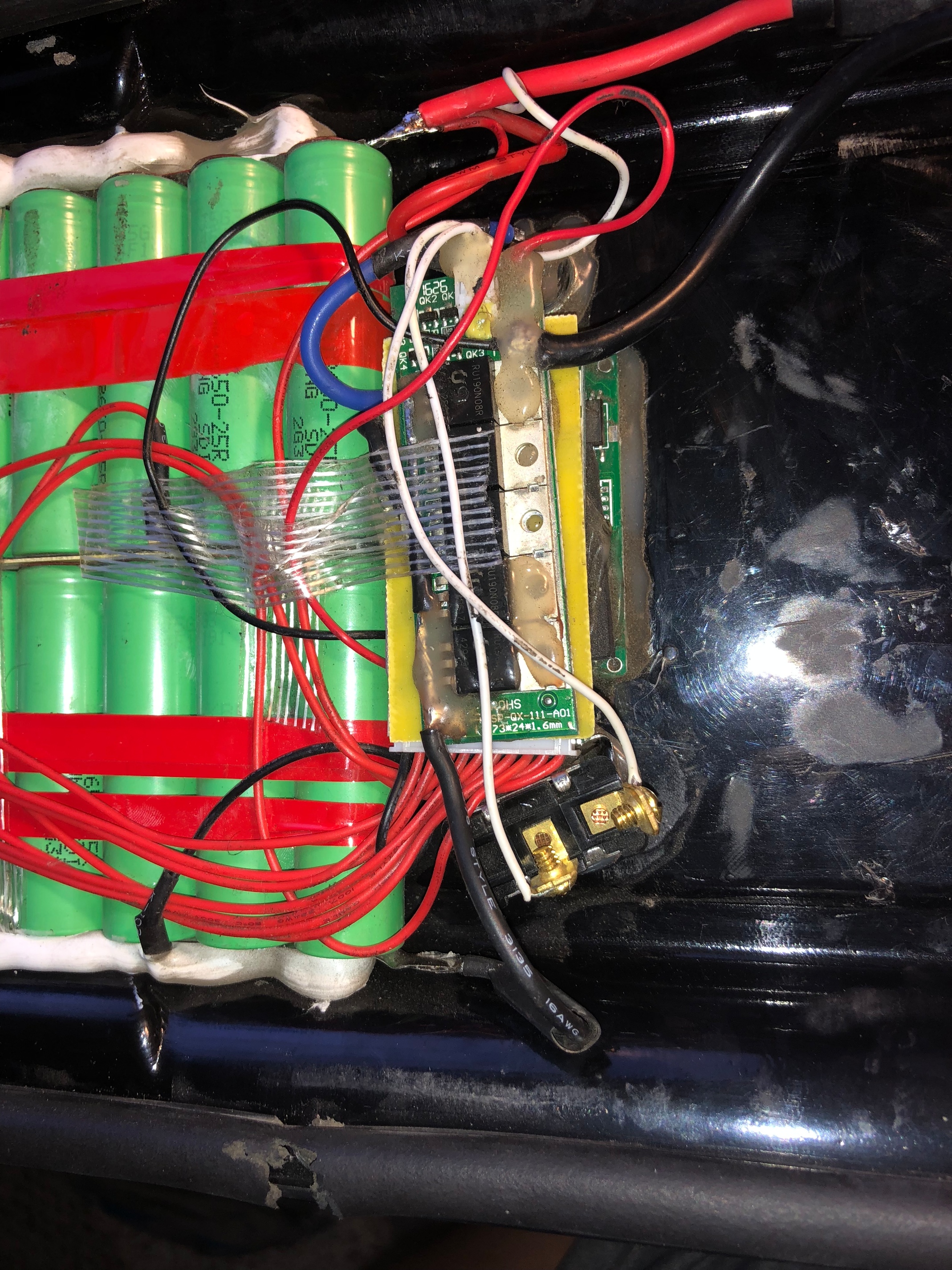 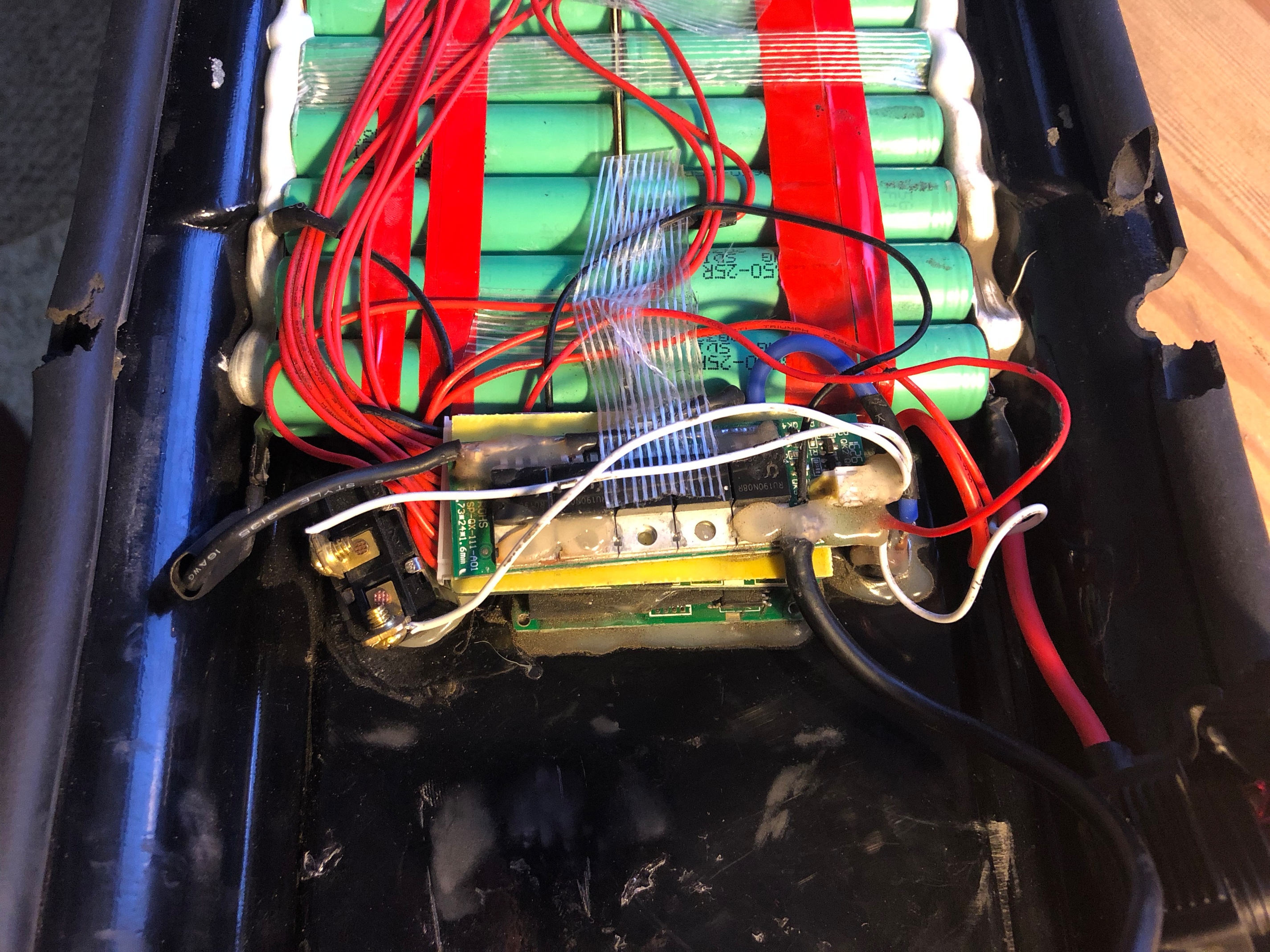 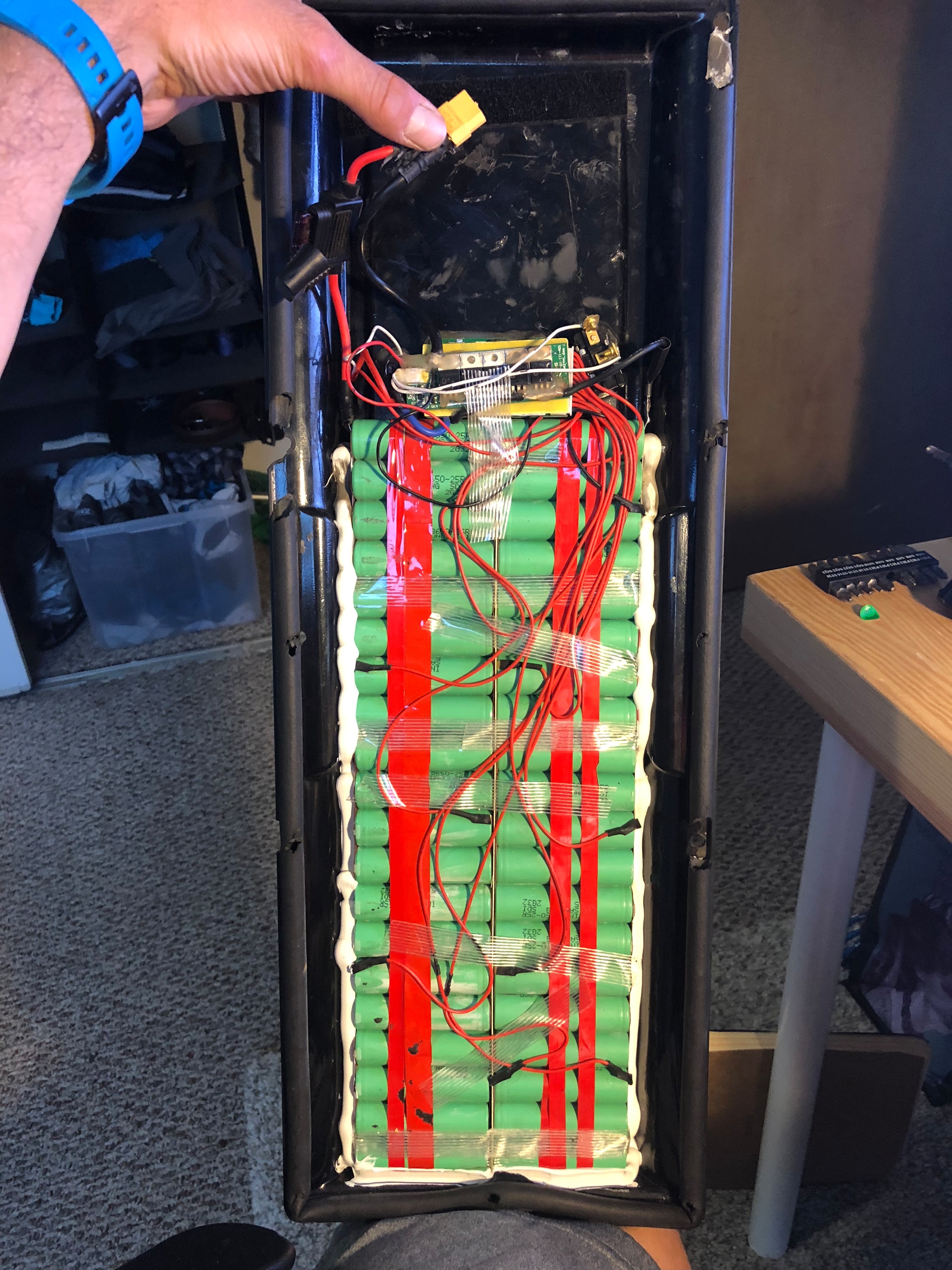 Interesting idea. I assume the board could turn on though before being pulled by the car? And wouldn’t the battery cells be able to charge up normally with the wall charger that I have? Why the need to “trickle charge”?

Sorry my bad…yes can be the bms don’t give you to read any voltage. So you need to measure on the last cells of your pack. There is in the picture on the left side the big red wire and on the right the big black wire connected to the pack. Measure there the voltage.