I recently bought this deck: http://www.hi5ber.com/zenith . I’ve read that it isn’t smart to drill into a carbon fibre deck. What would be the best way to attach an enclosure to this deck? I just need to mount 2 5000mah 4s lipos and a vesc. I’d like it to be waterproof if possible, but really I’m just wondering what other people have done with enclosures on carbon fibre boards. Thanks in advance

it depends on the drill bit. I’ve been told that a really sharp (as in brand new) bit of the Brad Point (Dowel) variety would be fine for drilling composites like carbon fiber. You just don’t want to breath that shit in from what i understand.

I have drilled and sanded carbon fiber before in order to shape it. Its actually easy to work with. You just really don’t want to breath in CF dust.

Is there any safe way to connect the enclosure without drilling into it? I’d like to avoid drilling into the board, but if it is the only way, I’ll do that for sure.

Epoxy resin, is the same as the board is made. Carbon fiber and epoxy that’s all.

if you dont want it to be quite so permanent you could attach with a hard polyurethane, which will stick, and later its easy to cut off.
easiest to me…cover the components with fiberglass or carbon to protect them and glue them to the board with maybe a 70 duro polyurethane. no vibrations. minimal thickness. works.

My first build was based on a Hi5ber Zenith. On Hi5ber’s recommendation, I drilled small pilot holes and mounted the enclosure with short sheet metal screws. Drilling was easy and the sheet metal screws worked great. Indeed, I had the enclosure on and off many times as I tweaked the VESC; the holes became effectively threaded by the screws, so it became almost like threading a machine screw into a nut!

I originally viewed sheet metal screws as a temporary solution and intended to switch to threaded inserts, but they worked so well, I never saw the need to switch.

You could use barrel nuts to go all the way through the board and spread the stress of the weight out. 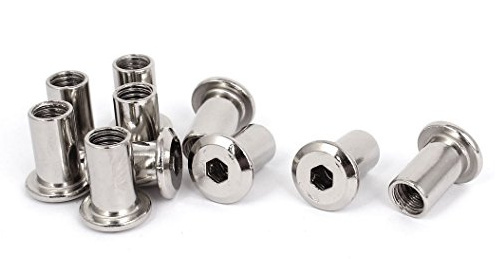 Just make sure you wear gloves, mask, and glasses while you drill, sand, or file. Start with a small pilot hole first.

May I interest you in some 3M dual lock velcro stuff?

I actually thought about using the 3M dual lock stuff, but once I felt how heavy the enclousure, batteries, etc weighed I was skeptical the ADHESIVE would stay on for long with heat and vibration as it it a horizontal pull at all times.

@jct1212 I actually have the Zenith and drilled it with a wood drill bit, going from small to large slowly. I highly suggest taping over the area you intend to drill to minimize ripping the top layer of the CF. Waterproofing is hard depending on your enclosure. I used Enertion’s and the curves on the bottom of the deck makes it hard to seal.

Looks great! Was there a lot of carbon dust when drilling? Yours looks great so I’ll probably do it your way

I’m not familiar with polyurethane at all. Would this kind of glue the components to the board? Thanks!

Sounds like a good solution for now. Did you wear a mask and other stuff to protect from the carbon dust?

I did it outside my garage and had a box fan blowing everything out and away. Just take it slow.

yea glue it to the board. and cover with a layer of fiberglass

No, and I saw very little dust and no ill effects, but I’m no materials safety expert.