this will be a parts list for now but will soon be much more! looking for advice.

I have already got a deck with caliber 2 trucks and abec wheels, as well as a 10s4p battery. 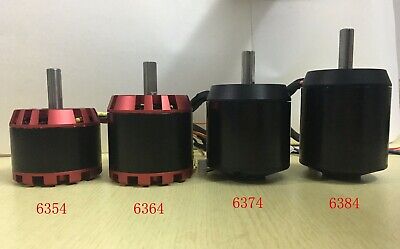 No dickyho is fine too

opinion of the motor choice?

what would be a better choice

they are over 200aud which is outside my budget

well than, hobbyking sk3 or sk8 if you want a sensored version. if those also out of your budget, than better save up some more money before start building.

Search for dickho(a member and the owner of the eBay shop that you have linked to) on the forum and search for builds with his esk8 parts. See what people have to say.

I haven’t bought from him, but people are of the opinion that he stands by his products and doesn’t sell crappy parts.

must admit when I received them I was pleasantly surprised at the quality feel of them.

was that the exact model that i have posed ? also what kv ? what kind of speeds are u getting on your setup

I’ve had them up to about 30mph

EDIT: I use in dual but had to return from ride on one, I’m not a fan of 1WD so can’t say if it did well or not, got me home via a reasonable hill

the flipsky vesc is an okay option. got 2 myself, running in FOC on 12s.

Maybe because of missing bootloader?

tried to upload a bootloader, no succes. however, the old vesc tool could update its firmware so it wasnt a missing bootloader.

so FOC is safe on these VESC’s, i was under the impression that they couldn’t handle it

Well it’s not hard evidence. but yes, runs stable for me