Bms is charging unevenly, what is wrong?

I’ve got a 12s Li ion bms and a 12s charger, and I’ve wired it according to manufacturer’s diagrams yet when I charge it and charger lights turn green the first 8 cells are at 3.9v while the rest 4.2

I’ve double checked all the connections, wiring is correct, charger voltage is correct, I can’t seem to find the problem.

If your cells are already too much out of balance, your bms can’t balance them. I think you need to drain the higher voltage cells so they get around the same voltage as the rest.

But my cells were balanced at first, all of them hovering around the 3.7v mark. The bms unbalanced them

Then the only thing I can think of faulty bms, but for so many cells it’s almost impossible.

I’ll try to discharge them down first and try again, thanks!

Same issue here. I have a charge/discharge BMS. As long I was using it for both charging and discharging it worked fine. Since I switched to charging only every 2-3 weeks I need to balance 2 or 3 cells out of 10 because higher than the other. I am getting a new BMS, you should do the same.

What unit is that?

For who is the question?

Sorry you my friend. Lol

Ah ok perfect. Then I used this one 10S 40A/60A bms Li-ion large high current BMS PCM with SAME discharge port for electric bike electric car 60a bms http://s.aliexpress.com/3iaIRbuA?fromSns=Copy to Clipboard. Good if you use it with discharge too. Only charging doesn’t balance properly.

You can also balance them with a TP4056 module through the balance wires. 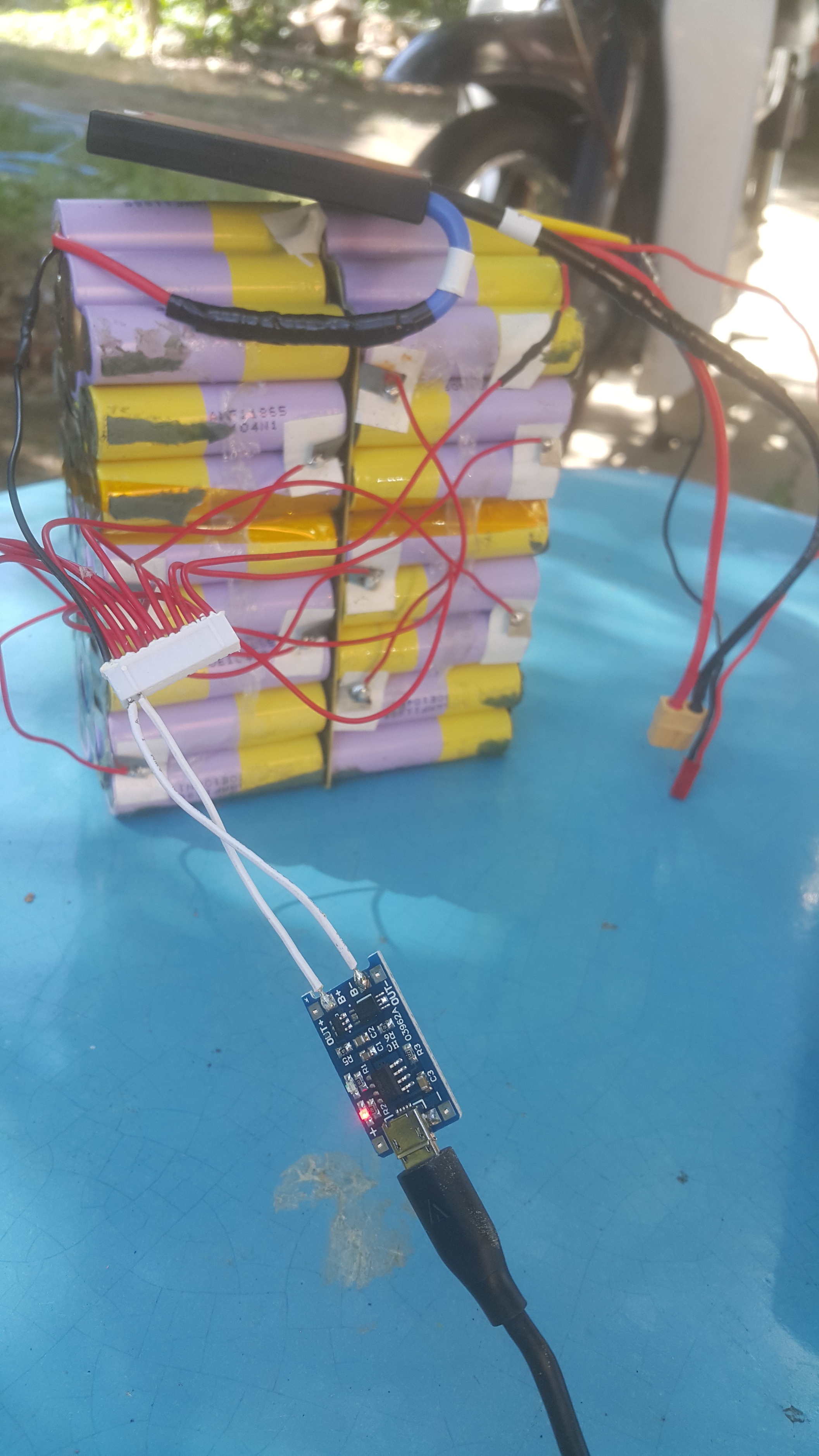 A BMS balances by trimming down the cells with higher voltages to match the cells with lower voltages. This occurs when charging stops. It can be a slow process since the balance current of most bms is very low. It does not balance by limiting charge and will only limit charge current as a safety measure if the cell voltages rise above the overcharge detection value of the bms.

It’s a lot of work when building a Li-ion pack but I would test every cell for internal resistance and capacity before building the pack.

As for your charger going green before the pack is fully charged, check the output voltage of the charger while charging. If it is not 50.4v under load, it will not fully charge the pack.