Seem like is not that bad idea for charging your skate.

That looks slim, very slim. I’m wondering if there’s a part under the ground?

I’ve been working at an electronic engineering company during the holidays, where they are making a wireless charge system for those AGV forklifts, used in industrial companies. But man, those were way thicker. Like 30 cm in depth, at least? The part in the car was even more I believe. It had a massive copper coil and the electronics behind it had to withstand a big current. As you see in the picture, the copper bars were quite thick

Seems a little overkill for a ESK8 though

? I do wonder how much it would cost to develop something like this, for our small ESK8’s.

PS: That writer of that article really fails to bring objective information. His own irrelevant commentary, which doesn’t make sense, shouldn’t be there.

I do not know at what currents to phone chargers work but you maybe could make it to work at higher voltages? They are tiny

Aliexpress sells some 50-60W Coils. In combination with a precisely alligned wallmount it should be doable.

Maybe you have a link?

I once looked into this also.

Best I found where some chargers made for forestry sector, I believe one module (150-180w capable(l) cost a few hundred for sure (if not around 700usd) plus it was New Zealand based company.

Im also interested how much 60w module would cost and whenever it is possible to chain multiple of them togeger.

For science I ordered cheapo phone inductive charging module a while ago.

Give me a couple of minutes, I had this project in mind last december.

its a cool thing but i wouldn’t use it, still not developed enough imo

I also would stick to my 2.1x5.5 Charging port. But it would be a really stealthy alternative for sure.

This one looks interesting: 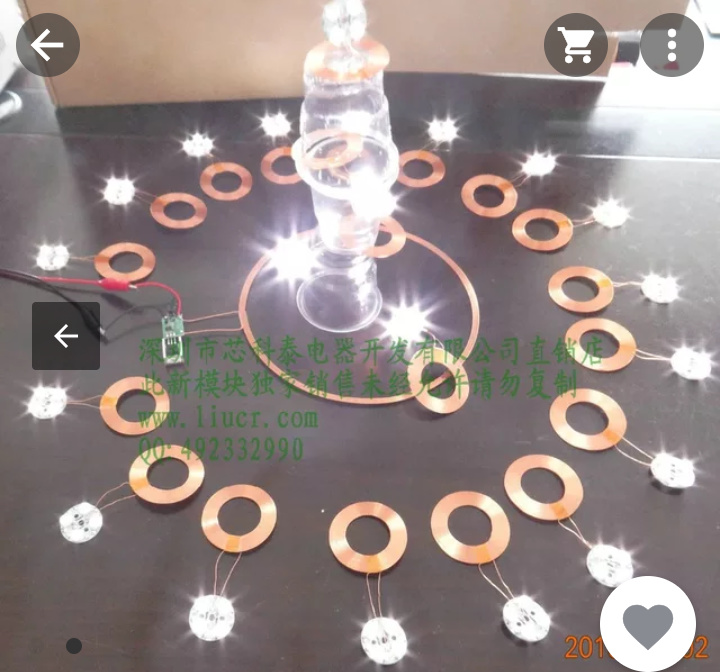 I assume it would be cool if some public place installed those and offered Receiver modules for sale, to install them on boards…

And some experiements should be done to determine how stable is such system when charging batteries and does everything stay true to the plan, so to speak…

Inductiin coupling and resonant induction coupling are highly inefficient. And generate quite a bit of heat at the coils that I wouldn’t subject the components in my enclosure to.

On a car the coils are far enough from the battery to keep heat isolated.

This would be a negative ghost Rider.

This one looks interesting:

42$ plus 5$ more for every cell beyond the first two…so under 100$ bucks! that seems very cheap considering (pretty sure) it would work well for balancing all the cells too. youve renewed my interest

@Deckoz but you could put the coils outside the enclosure, maybe glued onto the enclosure’s outside. the inefficiency and heat i dont think would be a problem. Im trying to find/remember how these things work. Is there some type of voltage regulation in the receiver or is the voltage going to be decided by the transmitter and the reciver is pretty much just a coil and a rectifier?

inefficiency and heat i dont think would be a problem

You realize induction and resonant induction couplings operate in a 30-40% efficient. Ie 60-70% losses as heat…

that’s ok if its coils arent beside the battery. cheap out of the wall loses.

from what i read the regulating part, to get a straight clean DC, happens on the receiver side.

once again smitten with this and researching . pretty good link: https://www.digikey.com/en/articles/techzone/2016/aug/inductive-versus-resonant-wireless-charging

the use of the “resonant frequency” inductive charging enables multiple receiving coils and in use in the link and pic above from @Okami. its the lesser efficient method but dont think that would be a problem if the coils are placed away from the cells. I dont remember much but remember we did this convo like a year or two ago now! damn memory sucks.

I think it would make a great wall mounted slow charger/ balancer. leave it on for the night set to 4.1 and forget about plugging the board in ever again possibly. damn i got to get it now this time

Side note; The person in charge of going through the 8 (or so) trunks of Tesla’s work was D. Trump’s grandfather…

and wrote em all off as nothing significant…