Brakes - how do you go down a hill with single drive setup?

Hi there! I would be willing to hear some more info from you guys, especially the ones who use also single drive setup’s and maybe even pneumatic tires…

Can you slow down yourself decently enough not to gain dangerously high speed?

Esc is FVT 120… I believe Vesc might solve this problem but I am still interested as I have not seen much feedback about this.

One mistate I did, was to enable reverse, so im afraid that it might actually want to switch to reverse when im braking more than usual… especially when going down a hill…

So this is on my to do list - disable reverse.

Otherwise, the only possible option im seeing here is to install mechanical brakes or add the second motor… but 2nd motor still does not give me the right amount of safety i think, since the problem is in electronics and too much braking force being applied in too short amount of time.

VESC makes it much more controllable, the car ESCs seem to have binary brakes(either full brake or no brake) most of the time.

Slightly OffTopic: In the best case (Or better in every case before you go down a hill), i would say learn to stop your board without motors (Footbrake, slide).

For me i have a simple rule: Do nothing on an Electric Board what you can not do without one. If i can not do 50 Downhill skateing, i will not do 50 on an Esk8. If i can not stop my board down a big hill, i do not go down that hill.

That is maybe not the most fun or comfortable way, but i would rather walk than hurt myself badly.

Thanks for the tip!

FVT 120 has somewhat better brakes than the most but it is still not perfect as it looks, though it is definately better than those on (100%) / off brakes some esc’s have.

To be honest, I even tried to brake with a stick… but the surface area was not large enough and I still had to bail as my bushings got loose (wobbly) at over or close 30kph, but I somehow bailed succesfully, even though my heart was racing a bit dramatically after the bail and the whole situation was a bit tense

My single drive has no problem stopping me, but I would never put my life on it, if the hill is long enough and steep I will go down very slow so I can bail without injuries if something go wrong

If it’s very steep to the point that the wheel is on the traction limit, I take my board and go down walking, even thought the VESC would manage to keep the speed very low

On Reddit there is a guy with a Carbon gt that lost just brakes going full speed on a steep hill that ended in a very busy avenue, is his own words, he almost died

Well, i can imagine it quite good, as i come from Downhill skateing. Well, i dont know the FVT ones, but my MAX 6 has very good brakes and it still is a difference like day to night between those and a VESC.

Honestly, get yourself a pair of cheap shoes (with abrasion resistant or thich soles) and learn footbrakeing. it is fairly easy to learn and a huge benefit. In normal longboarding, you normally learn it even before pushing. That often gets lost in Esk8teing, which, in my opinion contributes to a fairly high amount of accidents. With a bit of practice you can brake to standstill even from 40-50 kph. if you go faster, you also may learn to slide.

I can easily control and stop a board up to 60 kph with slideing it down to 30 and then footbrake to a halt.

Yeh, in this situation it looks like the culprit of everything is the crappy esc brakes… on flat they are manageable… but when going down a hill they become quite scary.

I’ve heard about foot braking but I still dont trust it at speeds I can easly reach from steep hill,… as the road usually is not perfect and it might end even worse … by trying to balance on the board at such speed and at the same time trying to apply good enough pressure on the ground and be lucky not to hit a pothole or something.

I will throw in some pics about what scenarious im talking about here… i think it is definately a hill for downhillers, who want to reach 60-80kph of speed easly… only if the road was better and there were no sharp turns now and then… 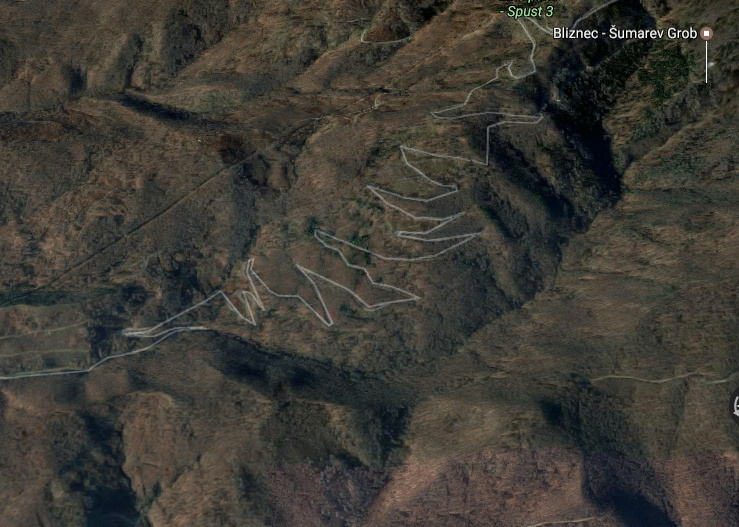 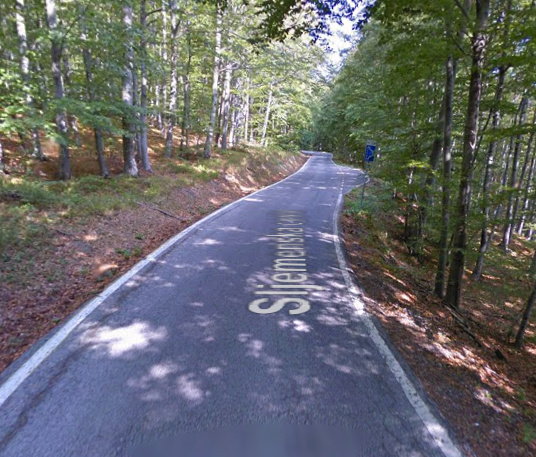 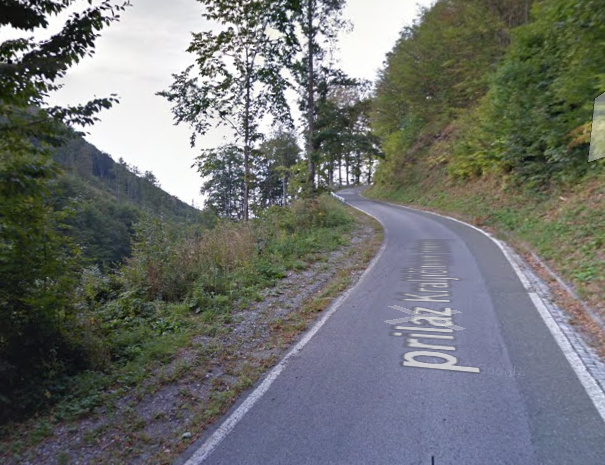 But that would probably require motorcycle grade armor, to do such stunt…

Riding this one right now BTW: there you can see what is bossible in slideing/brakeing: 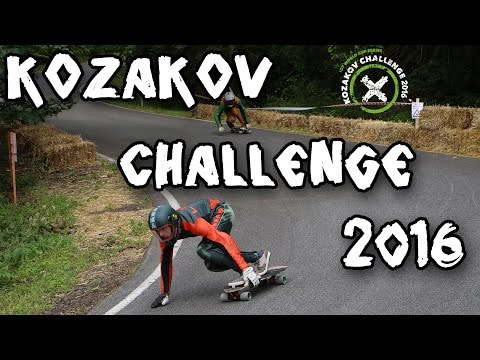 yeh and battery in the middle also does not help

Plus, I would still need decent gloves with pads and all of that…

So yeh… for the circumstances im in, I would probably need dual drive with vescs… otherwise at least nice mechanical brakes to properly slow down… the road I think is way too crappy there and too grainy to enjoy it enough with regular street wheels

Well, on my mountainboard i use the max6 and i am quite happy with the brakes. It is ok that they are harder because i have bindings there. But i also have dual drive.

May be at least worth a try.

The problem with power steering on loose trucks was one of the reasons wy i never liked single drive.

yeh, definately… at first I didnt feel it as much (or maybe because I had bigger wheels?) but now it kind of ruins the fun, since it is way easier to turn to one side than it is to turn to the side on which the motor is mounted…

Im actually riding front wheel drive now, too… it somewhat helps with steering but at the same time makes braking even scarier… though the brakes were quite bad already before… now it is just more harsh

I actually footbrake when going downhill. The brakes would be good enough, but I just can’t stand the breaking noise.

In the best case (Or better in every case before you go down a hill), i would say learn to stop your board without motors (Footbrake, slide).

For me i have a simple rule: Do nothing on an Electric Board what you can not do without one. If i can not do 50 Downhill skateing, i will not do 50 on an Esk8. If i can not stop my board down a big hill, i do not go down that hill.

That is maybe not the most fun or comfortable way, but i would rather walk than hurt myself badly.

I completely agree with this. You should be able to stop at any speed you skate. I worry a bit because electric skateboards can quickly put beginners at speeds beyond their skill level. Knowing how to footbrake will really save you in a bind. The first time I took my homebrew e-board down a steep hill, the entire belt slipped off the wheel pulley… and instantly, no brakes. I footbraked and it was no big deal

I feel like I can go faster on a gravity board than my electric one, because I am more confident in the brakes… which is ironic because my e-skate actually HAS brakes. So I made an “e-slide” glove that I can use for an emergency stop if needed. Sliding is much more effective than electric braking

I’ve run multiple car ESCs and I’ve never had one that had brakes on or off, that being said they were never good.

Regarding the VESC you can set the Battery Min to control the brake level. I usually keep mine at -12 to -15 depending on how hard it want the brakes. At -12 it is a little squishy but it’s also very easy to control. At say -20 you really have to depend on the trigger response of your remote to achieve the brake level you need in that second(actually less than a second).

Sliding is much more effective than electric braking

Just not economically. Those Abec11 Flywheels leave some nice thane lines on the floor but wear down pretty fast. I stopped slidng with them after i killed my first set. Also they tend to flatspot (Or i do? My nickame does not come out of nowhere but still…) and i simply dont like killing a set of wheels every two months.

No definitely. I actually don’t want to slide my 75a Flywheels, because I don’t want to scrub them. That soft urethane will chunk if you don’t break them in before sliding. The hookup is pretty strong too

The 81a slides well once broken in. I’ve had 90mm 81a flywheels on my speedboard for years now (doesn’t get much use anymore, because lately I have been going up hills fast instead of down them)