So first time trying to charge 12s4p torqueboard battery at 70% all I get is blinking green light on brick and my battery is displaying 0% When plugged in. Just wondering if anybody else had this problem. Battery is just a week old and already emailed for a fix.

You have to turn the board on for it to charge

@DEEIF turning it on kills the battery brick no green light at all. Talking to tech now for a solution. It’s not even connected to anything just Velcro to board. @DEEIF located NYC, hence the name lol. Still waiting for reply from sent them pic/vid. Hoping it’s just a failed power supply but not gonna use battery til I figure it.

I have the same pack

Here’s a video I sent tech support. I’m thinking my power supply is dead as the green light is pretty much gone now. 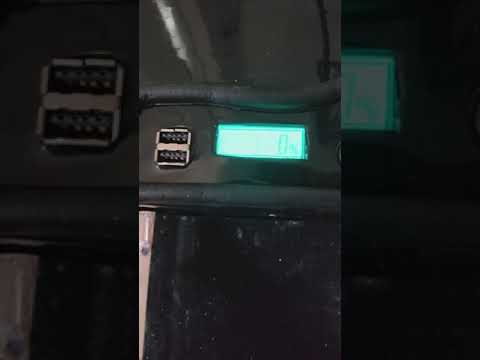 See if someone in your area has a different charger for it. It might be the charger Also did that rubber square help with waterproofing

@DEEIF it was the charger. Bought a new one less amp but it works and i got off amazon next day shipping. Torqueboard never replied yet after I sent them vid and pic of the broken charger so figured I order a cheap one and it works 50.4v 1.5a. Also ordered the 2amp version on eBay but that over a month to get here. Battery was at 40% few hours later was 100%. So im guessing I definitely got a broken charger as the new one i bought is charging the battery fine.

I got a 12S4P from @torqueboards and the lcd display started flashing green after I connected the charger. Now it doesn’t display anything and just flashes green - even when the charger is not plugged in. I have the charger connected to it right now and I am assuming it is charging since the charger is warm/hot. Did anyone else have this issue? Is this just a lcd display issue or can it be something with the battery / bms itself?