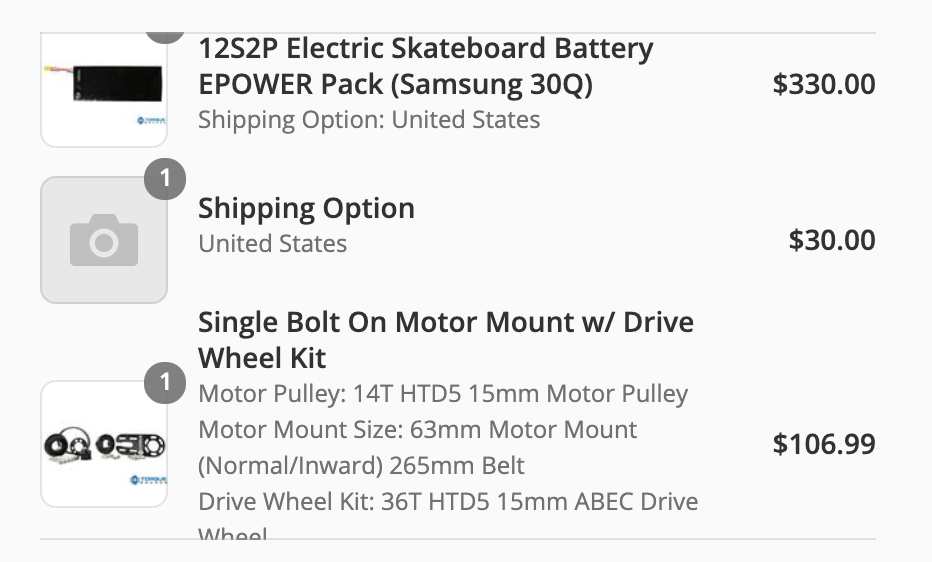 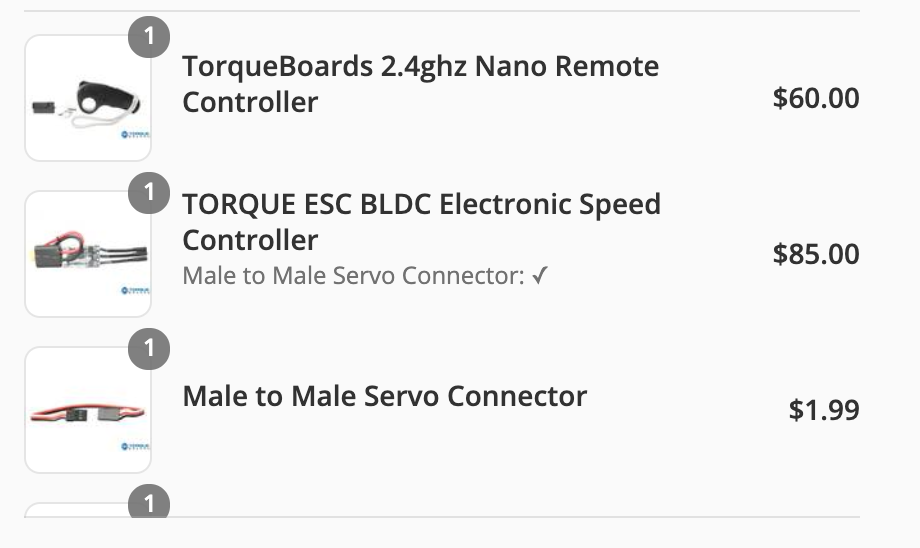 Everything is compatible you are getting everything from one vendor. Also you are missing trucks

Thanks. I forgot to add them since i already have them from an old longboard. Just added them now though.

That motor mount is forward mount only, because of its length. If you’re fine with that / that’s the only thing your deck allows for, then that’s fine. With only 83mm wheels though you won’t have much clearance, so expect the motor to get scratched by pebbles

My first build had 85mm wheels and I had planned to mount my motors behind my deck, but accidentally bought these mounts, so had no choice but to forward mount.

Only a 12s2p battery will limit your breaking power. 30Q cells are only rated for 4A charge, so according to the spec you only have 8A of breaking current (or more importantly, taking voltage into account, 403.2W of breaking power) I had to boost my breaking current up to 20A otherwise I just couldn’t stop in time at red lights. A lot of people on this forum tend to run their boards at a regenerative breaking current twice that of the rated spec, but at only 12s2p (just like me), that’s like 2.5x the rated spec. Might blow up your battery, but more likely will just degrade the lifetime and capacity of your cells faster. YMMW

Do you already have an enclosure for your deck? It is very advised to first find a deck and matching enclosure, and then buy a battery that will fit in the enclosure, while being as large as possible for range and breaking / acceleration power.

Thanks. The battery comes with an enclosure, i will just need to find a smaller enclosure for the ESC. I have a drop through deck so i was planning on mounting it on the outside rather than under my deck. I’ll maybe switch to the 85mm just to give myself some more clearance.

Also, if you want to mount the motors behind the deck, then you’ll need longer mounts, as I said. This is the longer version: https:///collections/electric-skateboard-motor-mounts/products/63mm-reverse-motor-mount-set

if you want to use the motor with sensors. (Which most people do because FOC is smooth and quiet)

thank you for your help. I appreciate it.