Can someone help me understand this

So I want more range I’m running 4 3s 5000 mah battery’s and I want to add a another on in parallel Which drawing is correct to achieve 44.4v 10,000 mah or am I just dreaming to Big thanks guys At work atm. But practically 2x 4 of these in series and then add those 2 packs in parallel.

You want parallel if you are trying to increase capacity mAh rather than voltage. The first diagram you are effectively making one battery larger than the rest and then hooking them in series, don’t think this will work because that one section where they are parallel will be able to run twice as long as the rest. The second option also won’t work because you’re attaching a 3S to a 12S in parallel which will dump charge from the high voltage battery into the lower voltage one.

Basically you just need to double up on all the series batteries you have in the original setup then can have pairs in parallel and the rest in series (12S “2P”, usually reserve P for 18650s) but hopefully makes sense. Just to note the added parts could have lower mAh than the original if say you want to add 1Ah3S at each position (4Ah total), that’d be fine so long as the voltage is still the same.

You should also try to keep the internal resistance about the same so make sure to calculate max discharge if you do use different types of cells in parallel. 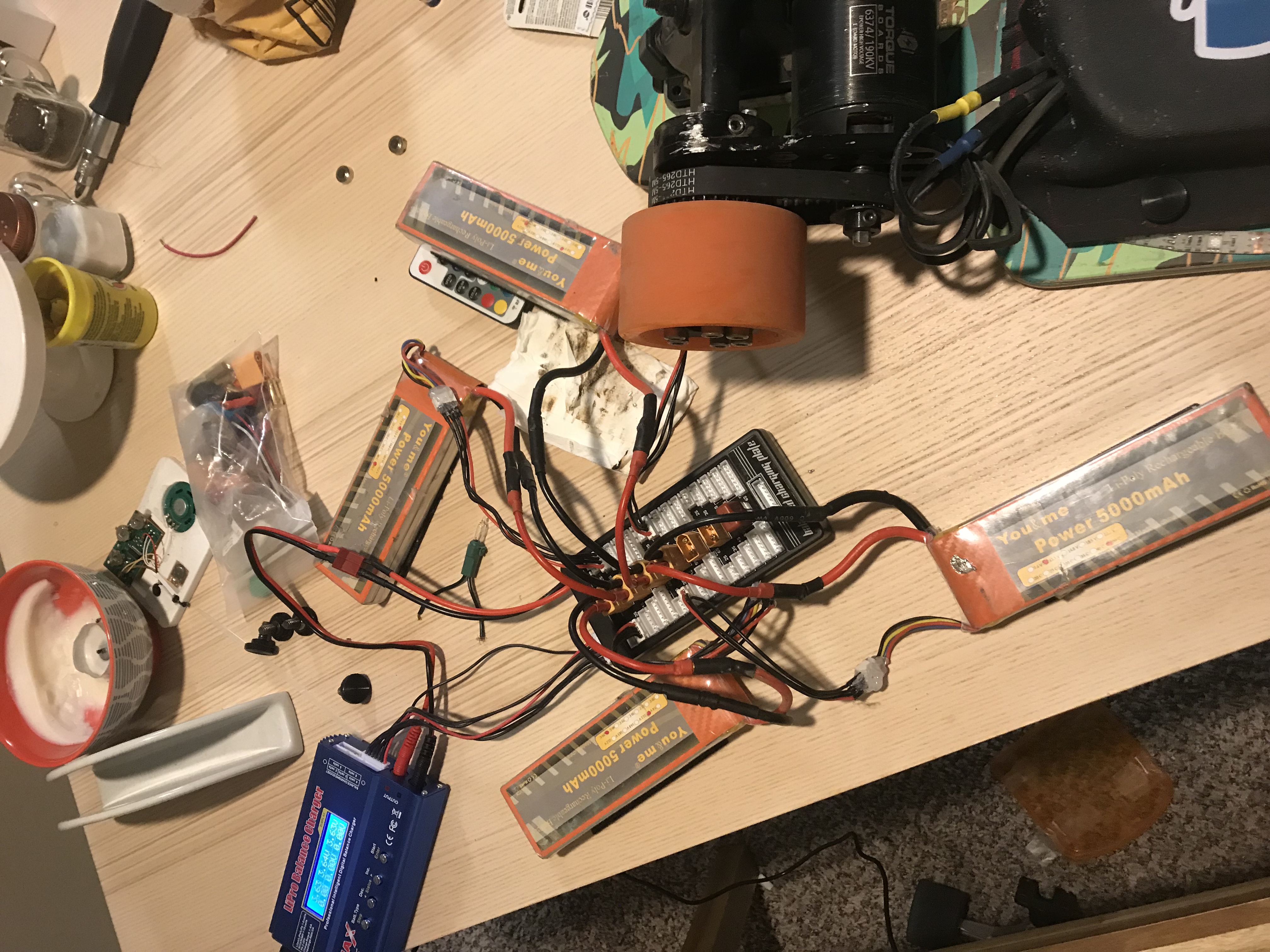 If you have the time your could build your own. Lots of resources on the forums to help you with it. I would invest in This spot welder. If you ever need to do maintanence on your battery you have the knowledge. If it’s too much of a hassle I’m sure someone would be happy to sell you one on here.

Yeah could definitely see that with that many separate packs… it does allow you to keep it relatively slim but charging becomes a minor nightmare. Personally using 2x5S 5Ah batteries but it does end up being a pretty thick brick of cells (works out okay for my board since it’s a short deck with a kicktail anyway) I want to make a flat pack

get some 30q’s from nkon.nl

Okay cool thanks for the tip

everything on nkon is new. 18650’s don’t expire. build whenever the hell you want.

You have NO idea how much you’ve ruined my day