Perhaps this is the wrong place to ask, but I’m fairly confident that Carvon’s Direct Drive system is the next evolution for Esk8 technology. The big question though… is Carvon’s Direct Drive system (including the crown) patent protected? Or will this technology go the way of the hub motor, where we will soon see other companies follow suit with utilizing this technology for their own boards?

When @runplayback was making video for Carvon with new v3 motors - I am 100% sure I’ve heard them saying PATENTED.

Do you not believe a hub motor with good urethane that doesn’t fall off is possible?

Not that, but hub motors inherently suffer from heat dissipation. Traditional hub motors are covered in this fat blanket of urethane that makes heat dissipation impossible. My concern is, if Carvon has a patent, at what point is a hub motor design considered patent infringement? Is it when the motor body sticks too far out of the wheel? What if someone used a similar system, but instead of mounting the wheel to a crown (motor to wheel coupling), the urethane is attatched to an extension of the motor (motor extension acts as the wheel center/rim). The end result is the same, the wheel is removable and easily swappable. Is that considered ‘Direct Drive’? Is that grounds for patent infringement? While we are at it, what even constitutes a wheel? What if the removable urethane has a metal hub for attaching to the motor extension? Does that make the removable urethane piece a wheel? Does that make the ‘motor extension’ system the same as Carvon’s DD? Only difference being the proprietary ‘wheels’? I’m hoping the guys from Carvon can chime in here.

There’s so much design ambiguity that I’m unsure if Carvon is even able to file a patent.

Patenting a product is a pain and cost a ton of money. And if someone copy your design is not like the police show up, recall the clone products and gives a fine. You need to start a lawsuit, and that means MORE money invested. And if it isn’t enough, the copyright isn’t something global, you need to patent your product in different country. So copyrighting something takes a lot of effort and usually for “small” production or product isn’t worth it. Being ahead in the research and quality is probably a better use of that kind of capital. Oh yeah China doesn’t have a copyright law so, cheap clones still a problem even with a patent.

all that and worst of all, if you don’t defend every patent infringement the patent becomes all but unless

I have some basic experience with patents for novel ideas. For example, the staticool technology used in Raptor 2 is a novel idea and we have global patent pending.

Unfortunately, i don’t think carvon invented anything new, so they cannot patent it. Attaching a motor to a wheel directly is not a new idea. They could certainly try though, it would need to be in a very specific use category such as Skateboard with very specific definitions. However, it might not be worth it, as patents that are extremely specific are inherently easy to bypass on technicalities… also the fees for applying are substantial if the protection is minimal or nonexistent.

So very unlikely they will get approval or on slim chance they do they might end up with very watered down coverage which is impossible to enforce.

At best they can apply for a registered design. Which in USA may also be called a design patent. This is different from an invention patent. A registered Design will help them stop carbon copy products but is not a very strong form of protection and easily bypassed by competitors with subtle changes to the visual aspects of the Design. Like additional screws or teeth.

Basically, anyone can make a similar drive system as carvon and there is nothing they can do about it.

They should spend money on R&D, focus on motor performance and technical innovation to differentiate from competition. Much better investment.

Anyway. I’m not an expert, this is just my understanding of the process.

@guyguy is probably most knowledgeable.

Didn’t you get your cooling idea from the users here on this forum. Something about transmitting heat through an aluminum mount into the hanger. Not sure you will be able to enforce any patent regarding the use of a truck hangar as a heat sink since there was already a precedence among the public. It would be like patenting rocks for throwing.

Its just marketing to sell some raptors:p

A patent is only as strong as your ability to enforce it.

I think we’re all infringing this patent: We have a cool FLIR infrared camera. Here are the board temps after a moderate 3 mile ride in 80 degree (F) weather.

Not sure you will be able to enforce any patent regarding the use of a truck hangar as a heat sink since there was already a precedence among the public.

It’s certainly not a new idea. Hummie and I had been talking about how the hanger acts as a heat sink back on his first hub motors almost 2 years ago. While we never made an effort to increase surfaces area for better cooling like the raptor 2, I’m not sure your gaining much from those like fins on the hanger anyways. I think for any hub/direct drive motor, the truck acts like a heat sink. Interestingly enough though, the stator, since insulated, is not the best way to transfer heat to the truck (which is what basically all motors do right now). This is the area we are researching now, and that we hope to implement in a future version for even better cooling (better connection between the copper in the motor and the truck for heat transferring).

Are you saying that because other people are aware of heat in their skateboard trucks my patent is not enforceable?

Similar to saying; “the sun generates heat & it is observable by all, so Willis Carrier’s patent on the air conditioning unit is not enforceable”

That’s not really how patents work.

If you are wondering the origin of this thought process… I started studying heat transfer when testing hub motors way back in 2015. (check publish date in instagram)

With a smart, creative patent attorney I’m sure Carvon could find something novel to patent here. I think the business question is more interesting personally, which onloop mentions. You have limited resources so you have to weigh the risks of your competitors overtaking you by copying you without the burden of R&D costs, the size of your market, how much you trust your employees (particularly your manufacturers, engineers and scientists), your investment in creating the intellectual property, and if what your patent covers truly differentiates you in the market against the high cost of patenting and the higher cost of litigating.

A good case-study of where patents went awry in this market was when Futuremotion (onewheel) sued Changzhou. FutureMotion actually won an injunction against the Chinese company partially shutting down their sales operations here in the U.S., but maintaining the suit was so costly they eventually dropped it. Hindsight is 20/20 but those knockoffs probably weren’t a huge threat and spending all that money on a patent suit would have been better spent on marketing and R&D.

@Jedi I never even knew that existed. Thats kind of crazy that patent is out there. Did a little search and it looks like he’s sued over his patents a couple of times already as Chase Boards. I love that image in the patent - the original sk8squad member in the flesh.

Crazy, whose next? Is he going to sue carvon? What about enertiuon? what about boosted? Seems crazy that this guy could launch lawyers at the leaders of the e-skate world?

seems like boosted applied for their own also: https://patents.google.com/patent/US20130081891A1/en?q=electric&q=skateboard 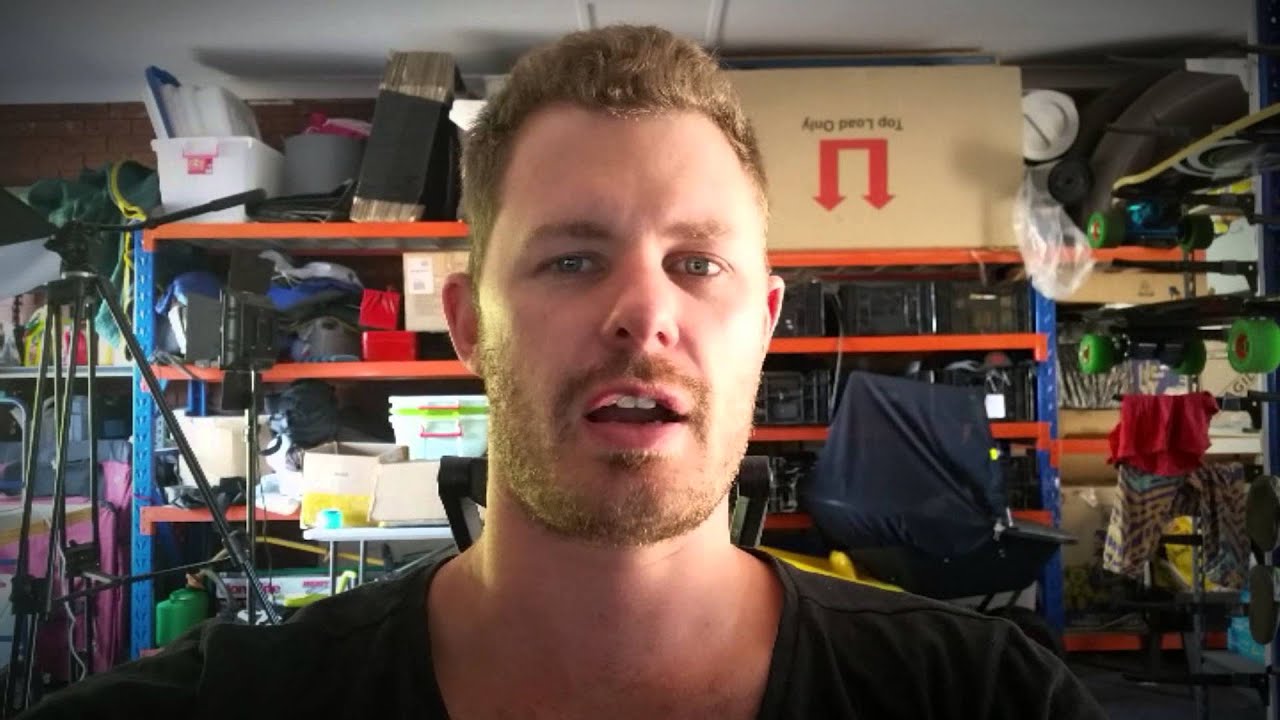 He talks about hubs at 9:46 mainly saying the problem is heat. The main solution is bigger motors as we see in his hubs right now. I think the hanger is just a secondary add on to further reduce heat.

And boy was Jason right!

Also his dog at 12:08 is so cute! Bring back some vlogs Jason

A lot of the newer patents (like boosted) reference Finkle’s patent and differentiate. I’m sure the venture funded brands like Boosted and Acton have their eye on this Sword of Damocles.

It’s not rocket science. When it comes to motors, size matters. Who ever creates thee biggest motor, will have the most powerful motor.