This all started with a chinese hub motor board. It did the job, but it left me wanting more. More power, more speed, more fun. So I began my descent into madness(the forum)…

I had a few requirements in mind:

This all started with the purchase of dual Escapes by @stewii. I initially bought 2 pcbs and had attempted to solder my own together to save a quick buck, but the process was neither quick nor cheap. After spending far too many hours getting the first once soldered and cleaned up and programmed and tested, I found out the second one was completely borked. Something was shorting the 5v to ground, and even after removing all the components between 5v and gnd, it was still shorted. I gave up and ordered a dual.

With the purchasing process started, I took the opportunity to hop on @Hummie’s hub train and ordered a set. With that in mind, I chose a 12s battery to maximize that speed, since I wouldn’t be able to change gearing ratios like on a satellite drive train. There’s a long story where I tried to separate some multistar lipos to make a flat pack, but somehow the solder didn’t melt??? So I ended up buying 30q’s from imr and spot welding a 12s4p pack. (If anyone wants 4s 16Ah multistar batteries for like, $50, hmu) 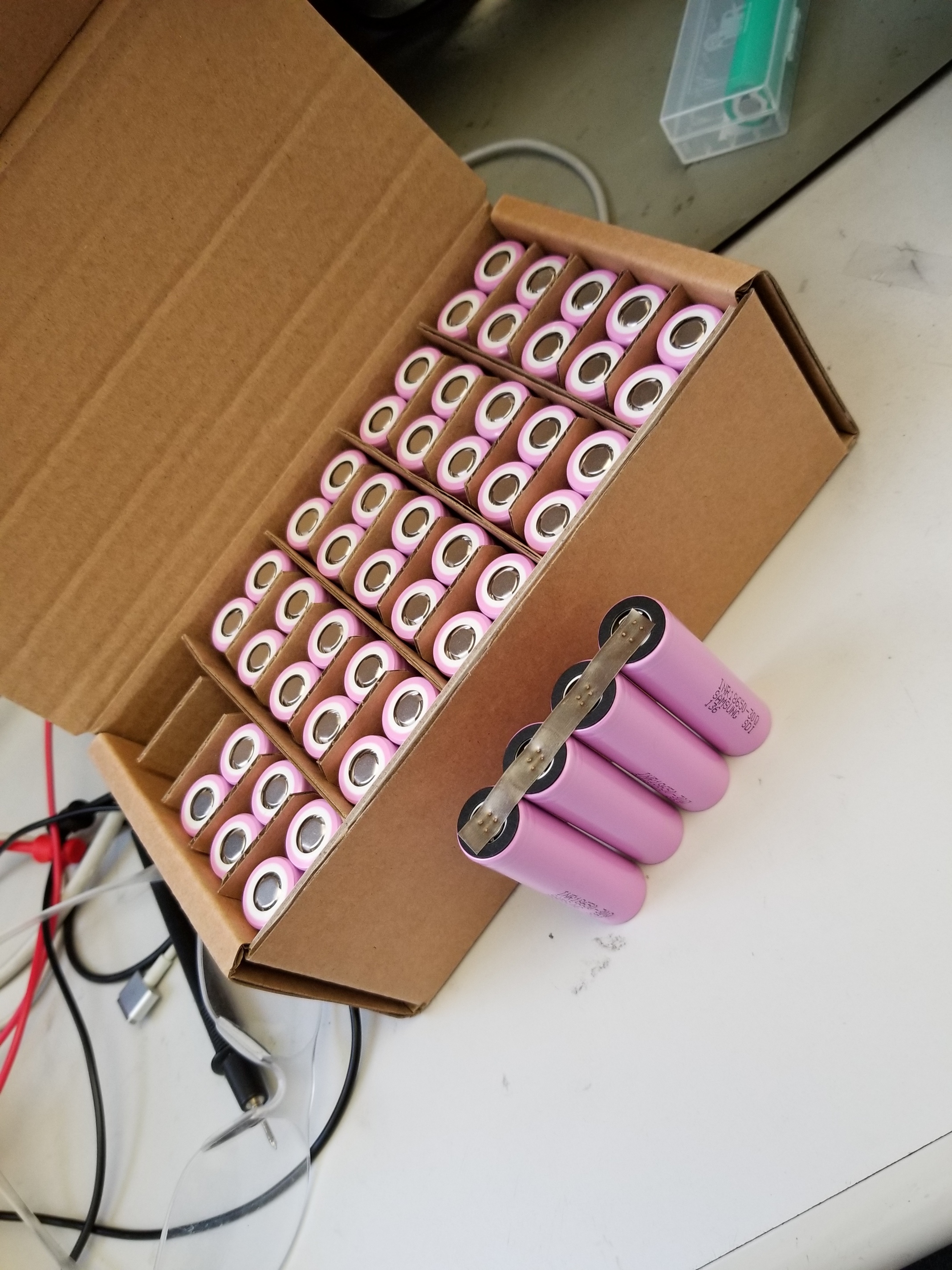 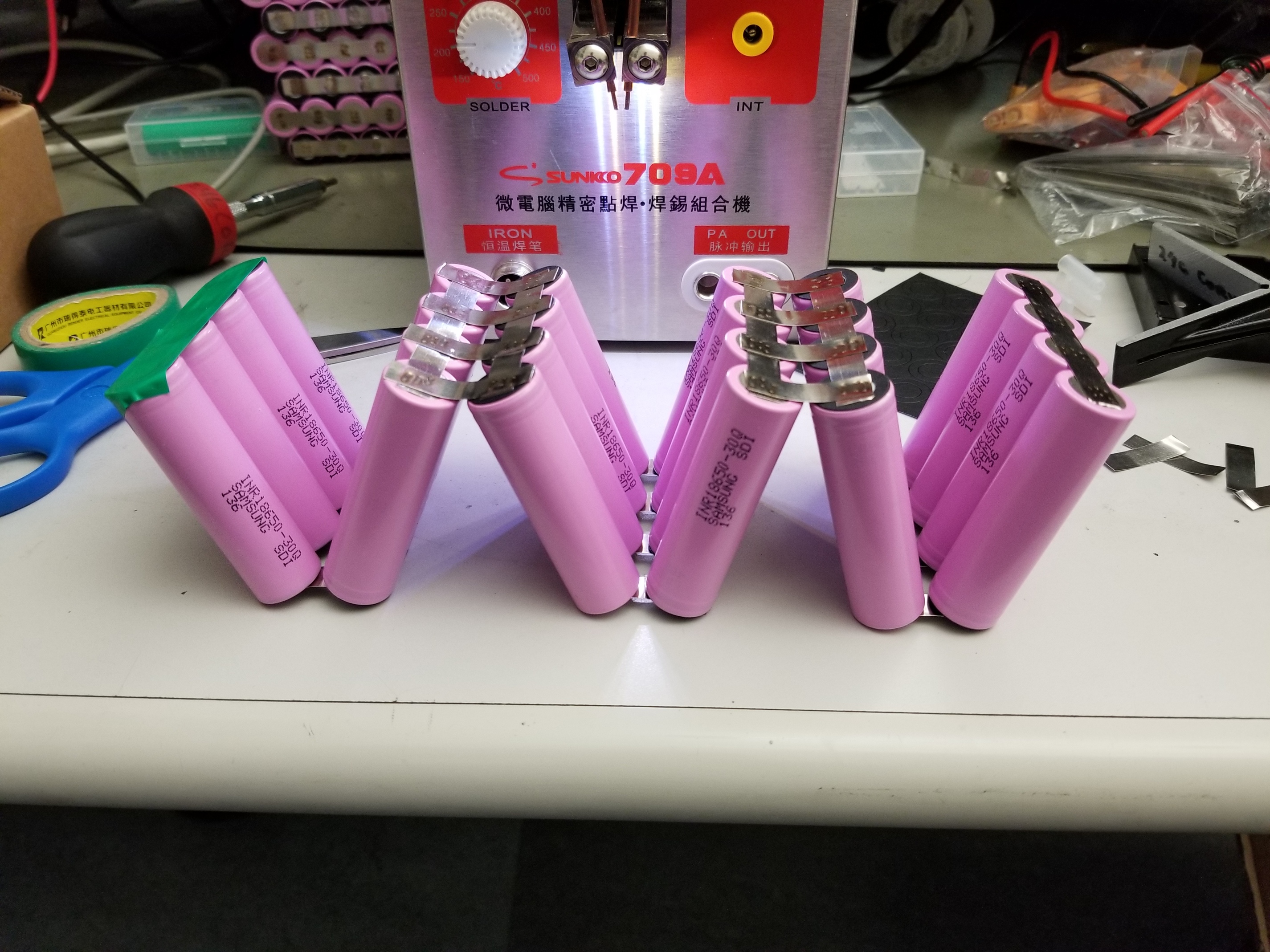 Got the hookup with the Sunko cuz a friend of mine is in a club that regularly makes 15kwh batteries. The Sunko was meh, but it seems to have done the job, will update in the event of problems I guess… 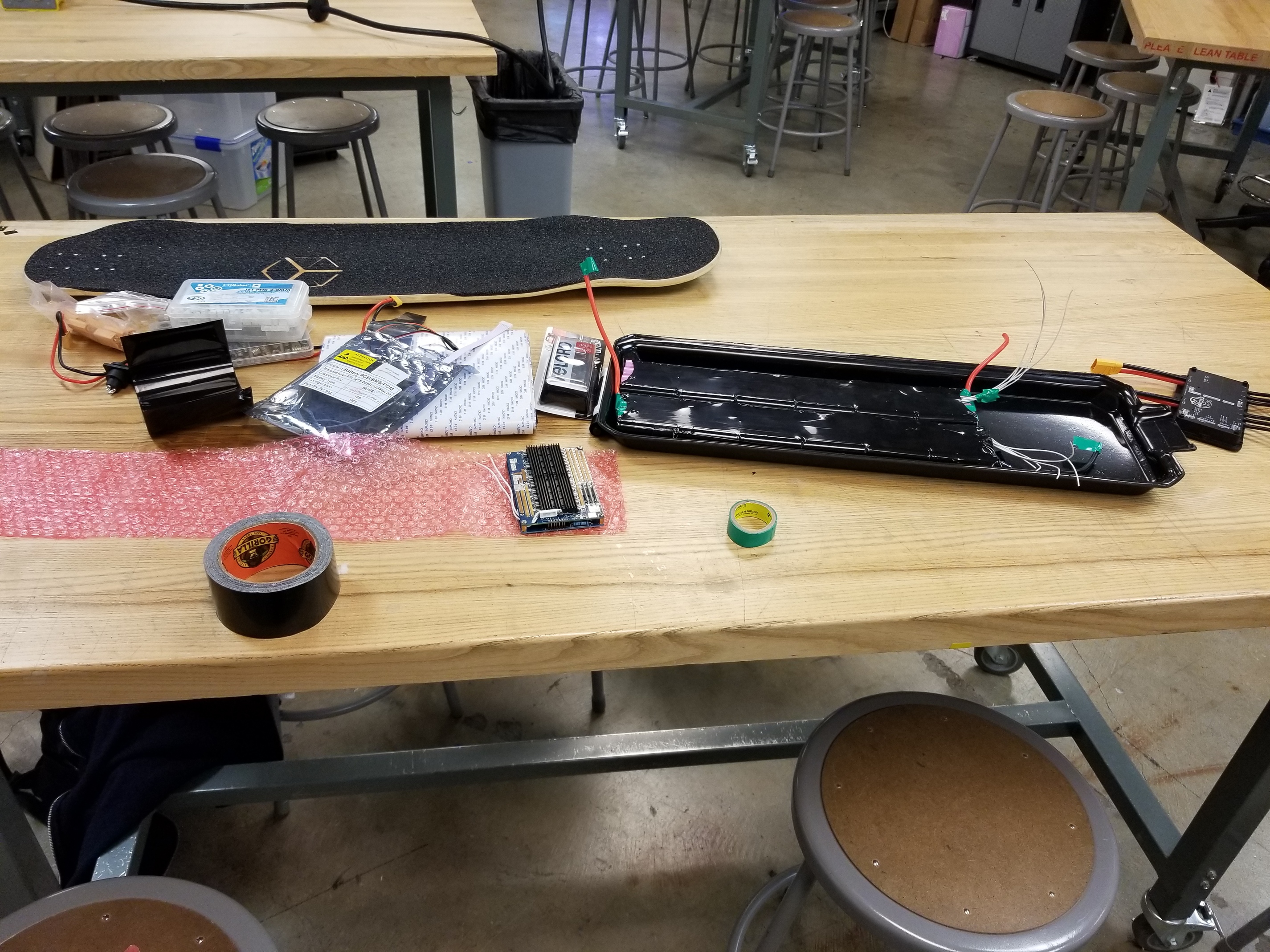 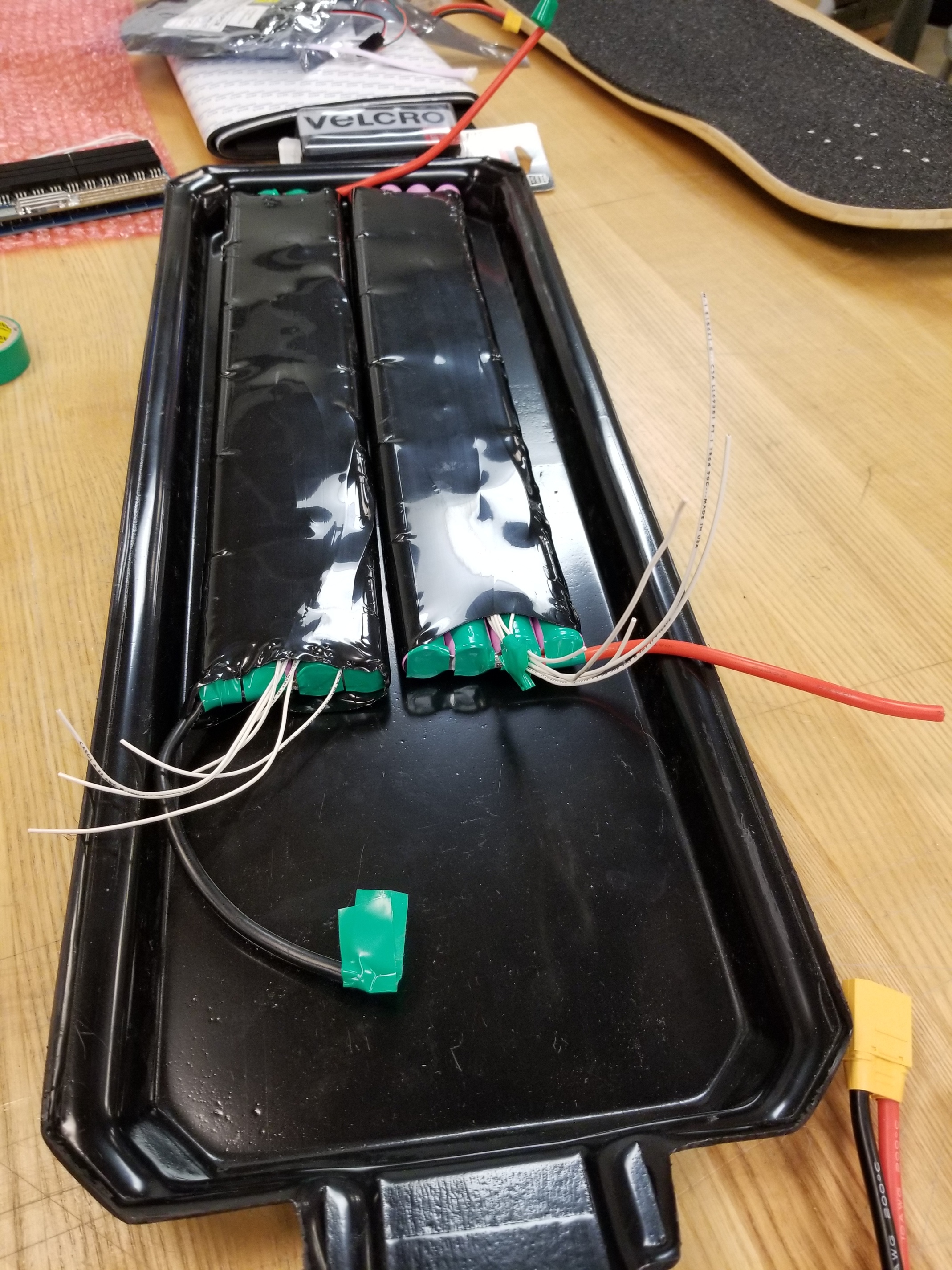 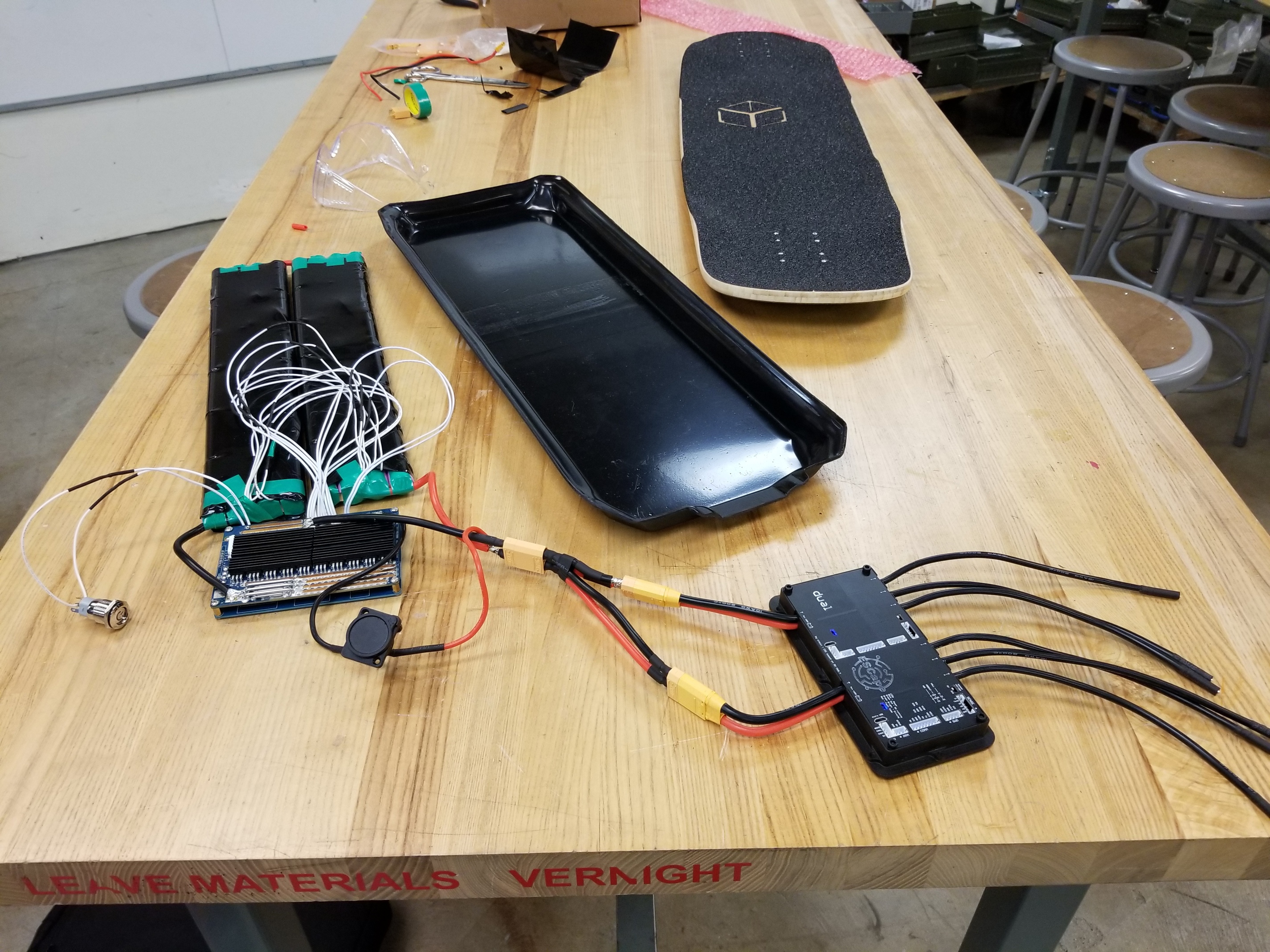 Now that @psychotiller enclosure there is the lorimer burst, and it’s supposed to be 23.5 inches long and it is definitely not 23.5 inches long. I cut off the cable routing piece at the end in order to bring it down to size a bit. Also in order to make the enclosure fit better, I hit it with a heat gun and hand formed it to match the wheel wells better. The result is pretty ok, hopefully it doesn’t result in any stress fracturing.

There also wasn’t enough depth in the enclosure thanks to the wonderful concave, so I double layered the foam to increase the available space inside. But even with that, the wiring of the bms to vescs was so tight, I didn’t even remember to get a photo of it before roughly trying to squeeze everything inside. I’d rather not open up the enclosure just to take a photo of it.

Also thanks to @Winfly for “shipping” the hubs to me, got them way sooner than I expected. 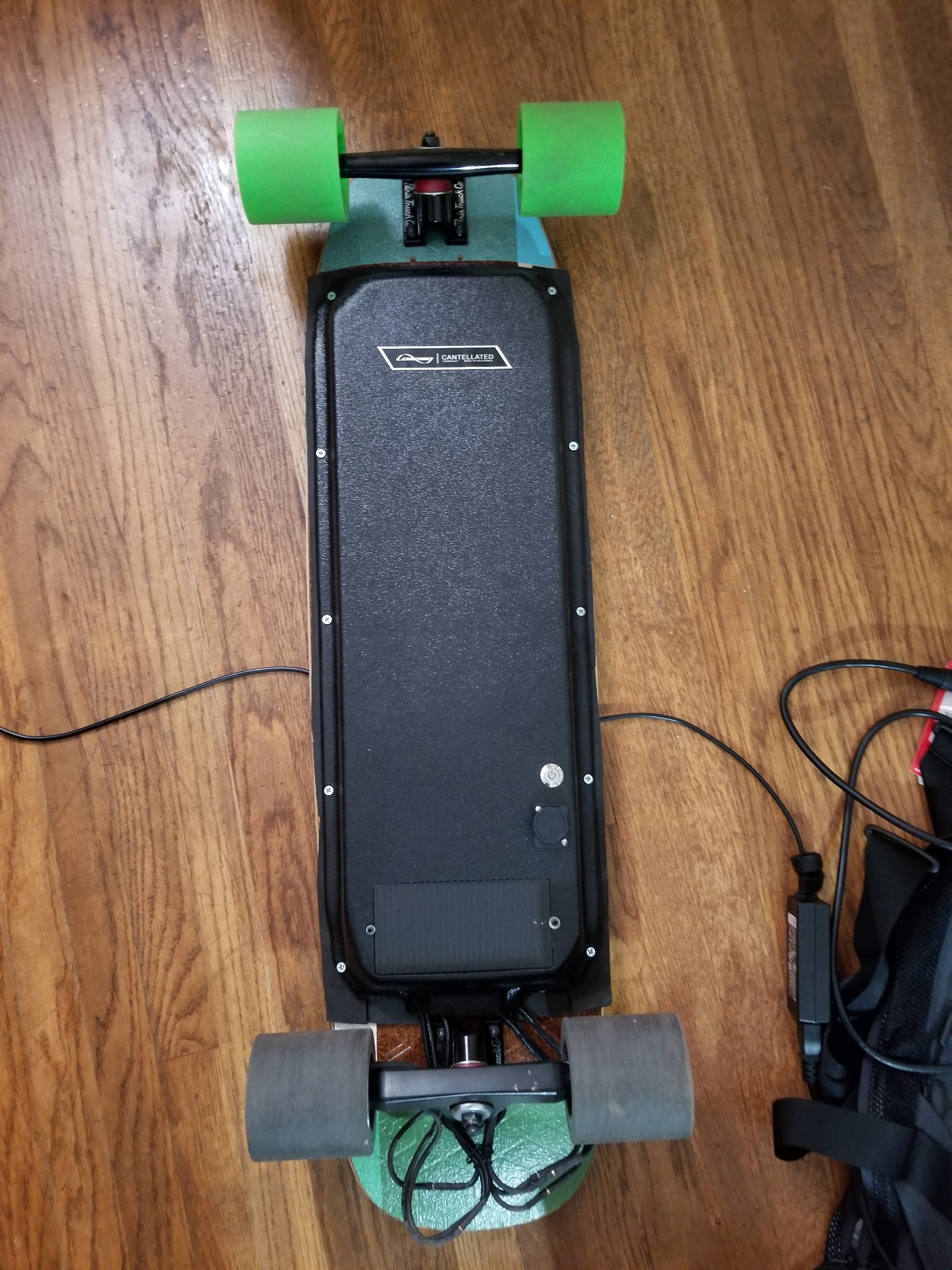 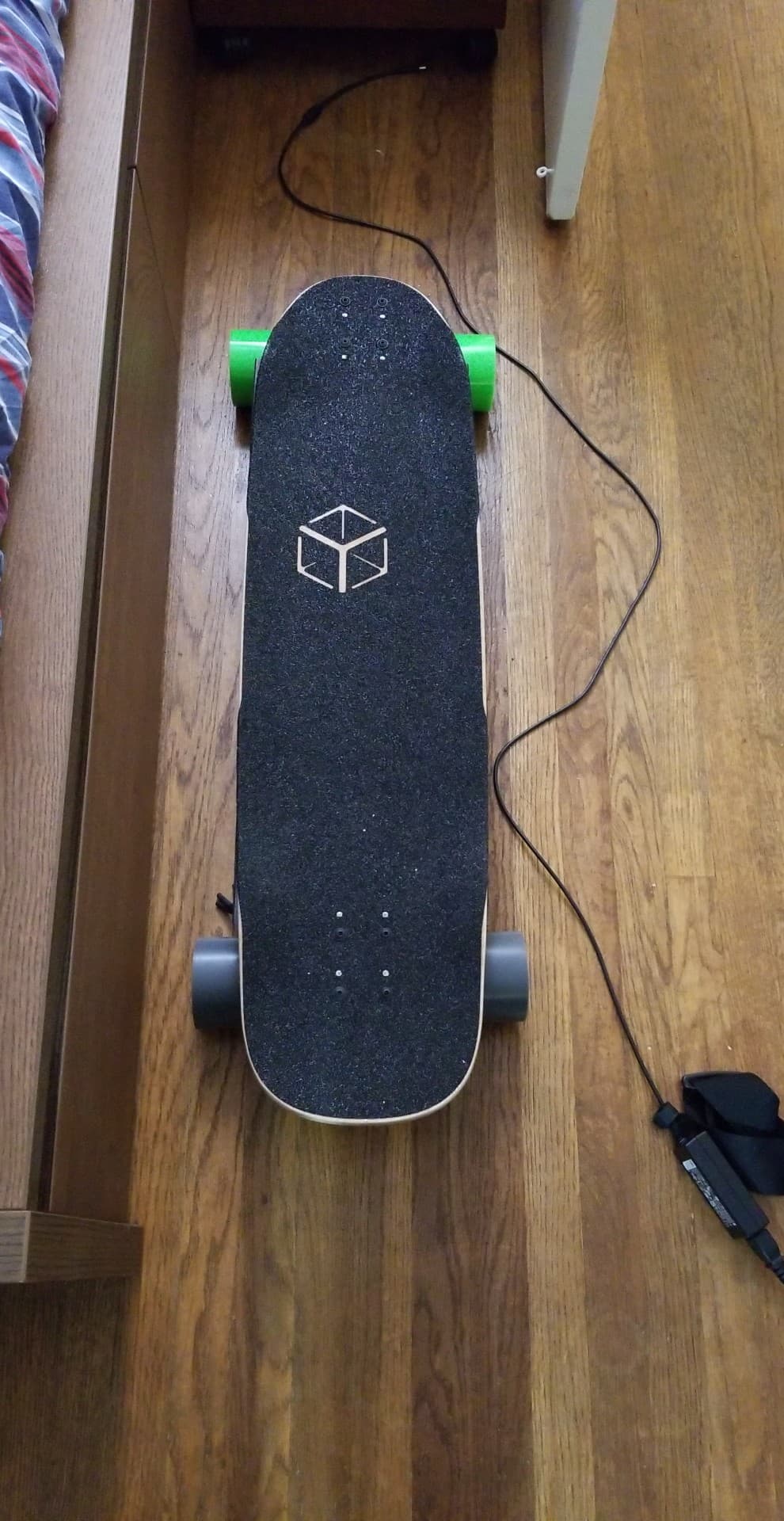 such excite), but there is still plenty to change and fix.

Looks dope! Should be a great ride on the tesseract

I think @hummie would be interested on 12s performance. Ride safe!

it looks too small a deck for the power! I tried rear wheel drive again and don’t like it.

Nice build man! great looking set up but have to agree with @Hummie on the deck size/power ratio.
Then again my reaction time is not what it used to be. Like a bit of real estate under me now.

But it’s awesome though and nice job. If only was a bigger deck n I’d want it. Particular. Very nice w the switch n enclosure.

That’s a beautiful build! The Cantellated Tesseract is one of the sexiest decks out there. For me 36 inch is just the sweet spot. I ride a 39 inch deck at the moment and don’t use the whole length of the board, I am 6 foot tall. My board has a Kicktail too but because of the length I always have to step back to make use of it.

it is a bit squirrelly but that’s due to my lack of experience with anything with real torque.

Please tell us how they ride. If you have a bluetooth module attach to the VESC, save some telemetry.

honestly right now, they cog pretty bad and have a pretty loud whine, but hopefully that’s due to the greased up bearings…

Also there are some ridiculous hills here

maybe i should go higher… anyone know what the maximum motor current an escape can handle?

I wouldn’t go higher unless @Hummie says, I think the max is about 120a

Which bearing do you have on yours? What is the felling when you release the throttle at low speed they clog?

i have the greased up bearings, not the fancy japanese ones. It just cogs if i try to get going from a standstill. It’s also really hard to push, all that grease holds the board from moving on a slight incline.

Ah ok. Then I guess it’s only matters of time. It’s due to the grease. Ride it ride it!

This tesseract was the deck that I wanted to my previous build, but too expensive here

Superb build with the hubs

About the whine, if you haven’t changed yet, increase the switching frequency on the FOC tab from 20 KHz to 30 KHz and they will be dead quiet

And about the cogging, if the bearings are not spinning free, try to keep the motors spinning for a few minutes and then do the detection again to loosen it up

Sweet build man. How do you compare the hummies ride to a full urethane wheel?

PHEW went 22 miles on it today and damn is it a blast. Rode around SF with @Winfly and others, these motors at 12s are absolutely amazing, anytime you need acceleration, you got it. going up a hill and want to go up faster? you got it. I get a bit wobbly cranking it, but I just need more miles on it.

@Pedrodemio I’m at 30KHz and it’s definitely quiet, forgot just how loud boosted boards are… Also yeah I get you with the throttle, but the acceleration is so strong I get thrown once the motor stops cogging. More practice is needed

@Saturn_Corp Honestly, pretty not bad. I’ve never personally had a belt driven setup so I can’t really say how different it is.

Nice ride, the consumption a bit high, but by looking you are riding at 35 km/h most of the time

About the start, you can play with the Openloop ERPM, double it , halve it and see what works best

My bet would be in increase it, also you can try