I’ve Gone ahead and stripped out the battery and electronics from the case. I will keep the electronics for charging my pack. I found out that I need to have the red and black power leads connected to the Electronics to charge the pack and not only the white connector. This means I’ll need to solder some wiring and a female connector to where these leads go to so that when the pack needs charging, all I have to do is connect the pack to the deans and the white cable to the electronics which will allow me to charge the same way the board did before.

I now wait for the new ESC and controller to arrive in 2 days time.

Edit: 2am here. I tried to get one of the motors out. Realized I had to take the motor mount off but one of the grub screws on the trucks so damn tight with thread lock, my Allen key is twisted on itself. I’ll need a new set of Allen keys tomorrow… Bloody grub screw stripped… I wanted to remove the second motor to reduce weight. Now I’ll have to leave it on for now because I can’t remove the motor mount. New stuff arrived today! Hooked everything up and went for a test run. Needs some improvements. I’m stripping it apart and will be cutting my deck and working on a new enclosure on the days to come. 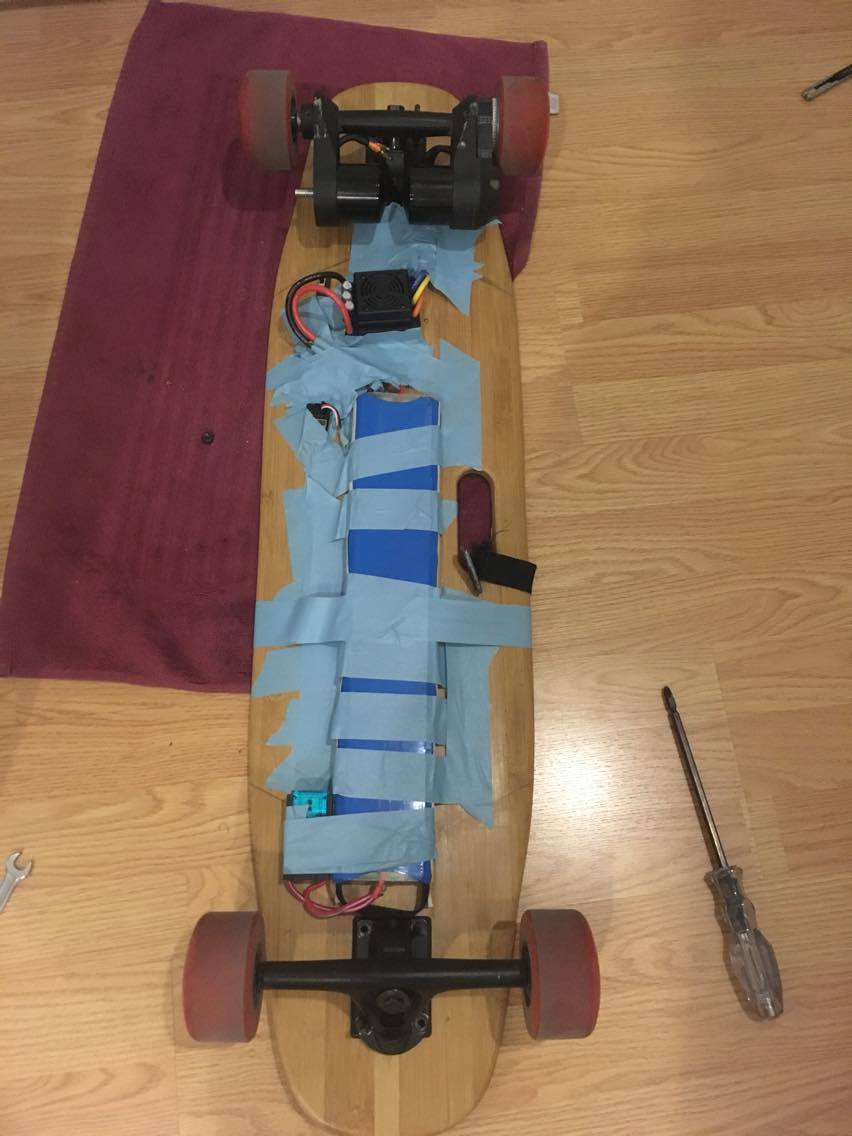 Everything is set so far. Happy with the general performance. Doesn’t feel as good as the original electronics but at least it works and doesn’t cut off every minute

I’ve gone ahead and drilled holes (using a bloody screwdriver. Took an hour to drill 4 holes.) + drawn out my final deck design. Will be taking it to the local wood shop tomorrow to get it cut. Then I cant start mounting all my stuff to the deck! 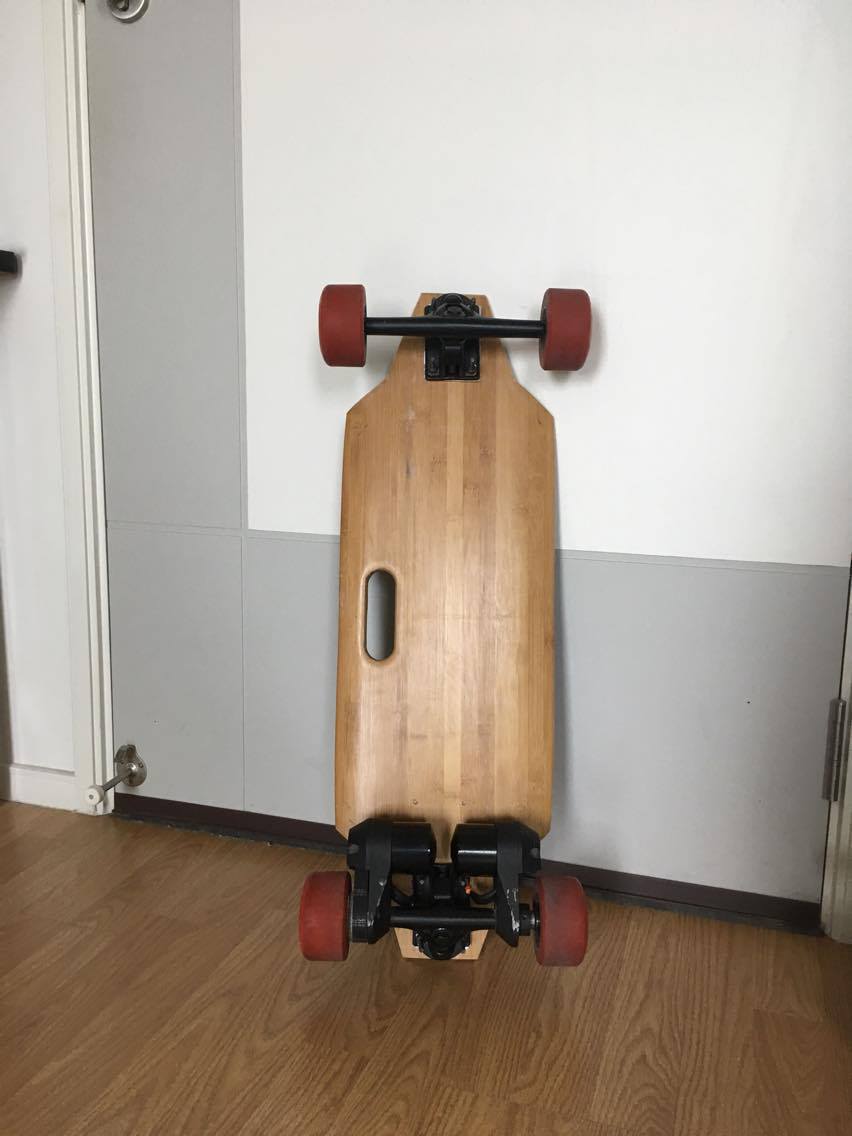 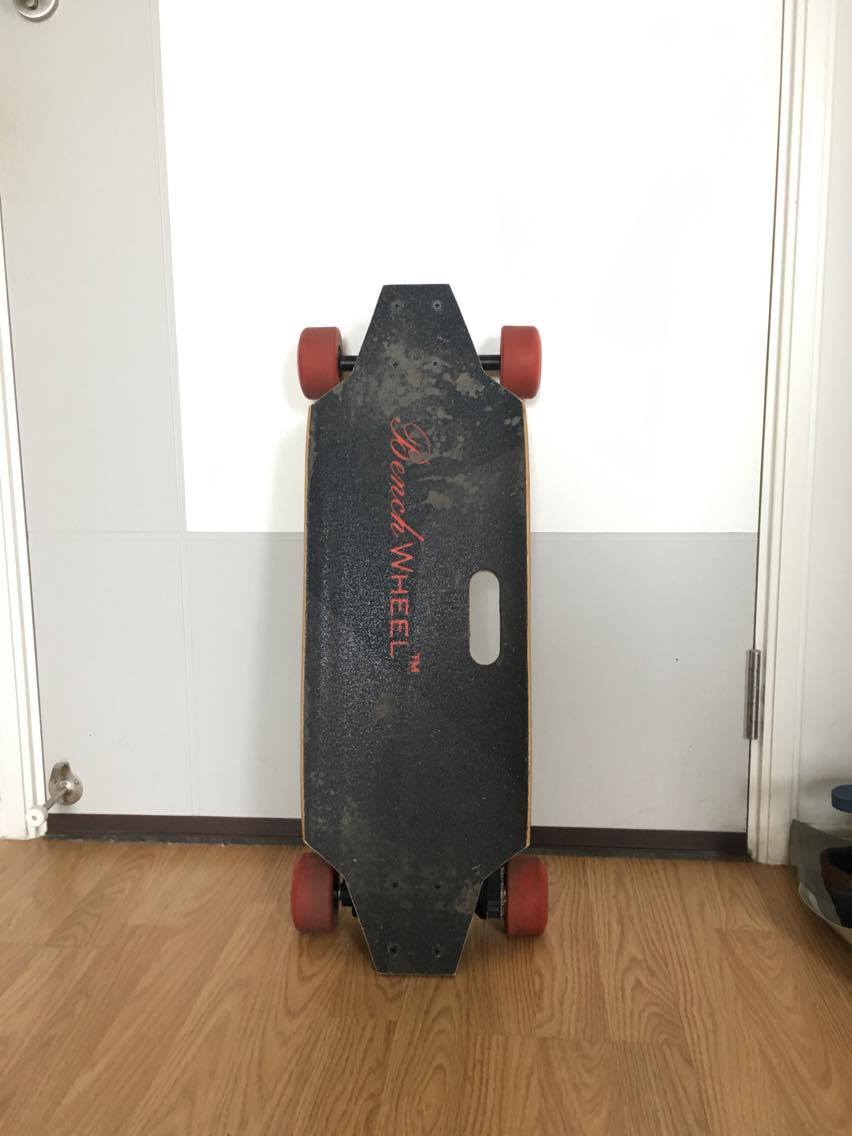 It works! I took it out for a test run. No enclosure so far but it works great. Braking is loud but acceleration is hardcore. FYI, The battery and ESC box is held by industrial double sided tape. The black electrical tape is just another safety precaution. 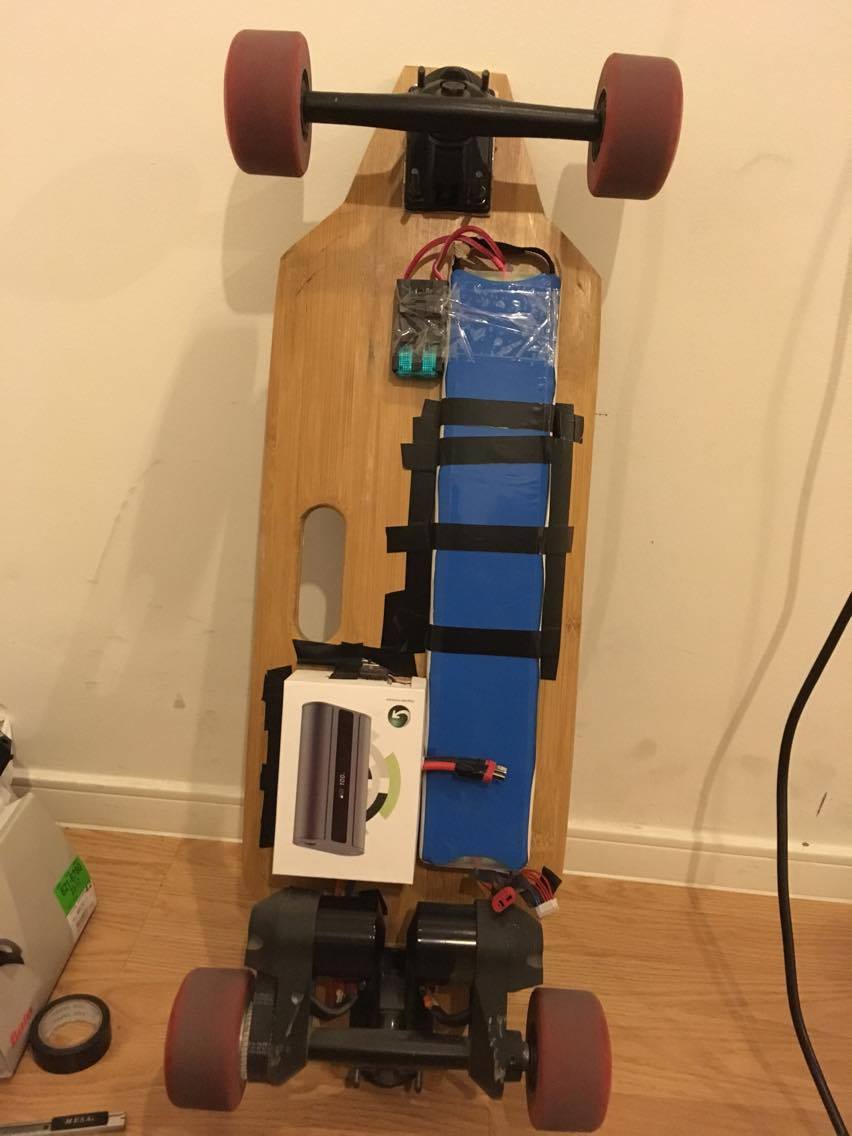 Test run. I’ve since taken it out for a 1km ride so far and it’s working well. In the video I forgot to adjust my brake settings that’s why it took so long to brake. (It’s now on 80% instead of 30% as shown in the video) dont get the gt2e, get the GT2B instead, its more reliable and the failsafe is faster to kick in, plus it comes with usb charger instead of AA batteries.

you can reuse there parts, but the batteries aren’t Samsung, nor are they lifepos.

Yea I realised they are not samsung, but I was wondering if these ESCs can handle a 25v pack.

yep fvt’s are built for 6s

Is this the receiver that would allow me to use my benchwheel remote with these ESCs? 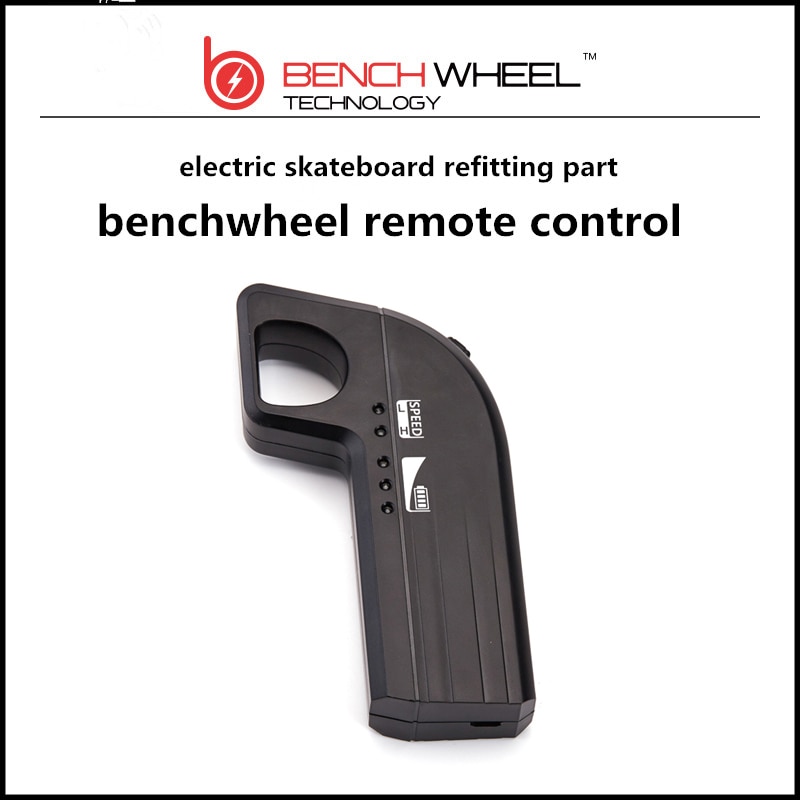 You’ve been amazing help Jira. Thank you so much!

Is a BMS necessary for my pack? If so would you be able to recommend a suitable one. Not too expensive.

you’ll want one to balance the pack

Oh. I just realised. Wouldn’t it be possible to re-use the benchwheel BMS it came with? I’m not sure how the circuitry works but a BMS doesn’t have any relations with the ECS do they?

normally they don’t, but the benchwheel esc and bms are one unit, so you’ll need to get a new one.

Swadee kub indeed! Thanks again for the help.

Are you Thai or you’ve been here? Just curious.

I’m Thai but born and raised in America. i visit family in Thailand every so often though.

I actually found this ESC that’s sold in Thailand. Would save me a huge hassle with corrupted customs here and shipping.

It supports up to 6s but I noticed it says up to 18 cells NiMH. The benchwheel pack is 24 cells though. In addition it says do not use 4 pole motors. I’m not sure how many poles these motors are.

If you could share some insight on whether this ESC would work, I’d be able to get my board running in 2 days from now instead of waiting a month+ for all the parts

the esc supports 6s lipo so you would be fine on that. I’m not sure about the pole stuff though. I’m pretty sure you’re fine on that point though.

Excellent. Time to make my way down to the local RC shop.

Is the BMS solely for charging the pack? Or would it serve a true purpose to have it bound to the board while riding. If not required except for charging then could I just continue a setup without the BMS? Because I can charge the pack using the old electronics of the board.

Yea you can do it that way as well, but it’s kind of inconvenient. BMS would be best.