I have a 9s2p battery and a 10s2p liion battery, both have BMS. I intend to use them interchangably with the 9s as a secondary battery when the 10s cuts off. However, the 10s bypasses the BMS for discharge as the BMS has a low 30A discharge. When using the 9s, battery voltage cutoff values on VESC tool are set to 0 since the BMS will cut off the battery when voltage gets too low. When using the 10s, I set the voltage cutoff to end around 33 volts. If I were to ride with my 10s battery until the VESC cuts it off, after swapping out to the 9s I would only be able to use the 9s until it’s nominal voltage.

I thought I could solve this by getting a flipsky nrf51 bluetooth module and the Xmatic iOS app to change the battery voltage cutoff while out on rides away from my PC, but after purchasing the app and connecting it to my VESC via the nrf51 module, I see that I am unable to modify the VESC’s cutoff voltage. The battery setting on the Xmatic app seems to be used to tell the board’s range and battery percentage. Although I do notice that there is an option to charge the battery to a certain voltage, I suspect that it is only used for battery percentage purposes. I do not have an andriod phone so vesc tool app on the play store is inaccessable to me.

tl;dr: Is there an iOS app that allows users to modify vesc settings such as battery voltage cutoff start and end?

The Foxbox ui app lets you. Altnough enertions gone and Lacroix stole the mind behind the diy esc. Not sure if you need to be connected to an actual unity. But when you out in the 9 or 10s specs it automatically shows you cutoff values. And you can assign right there. Shame we dont have access. Vesc tool app too maybe although I havent played around with it much.

Really. Hmmmm. Ok. I didnt know that. Myself and My genius pcb guy Don are working on this idea as well. 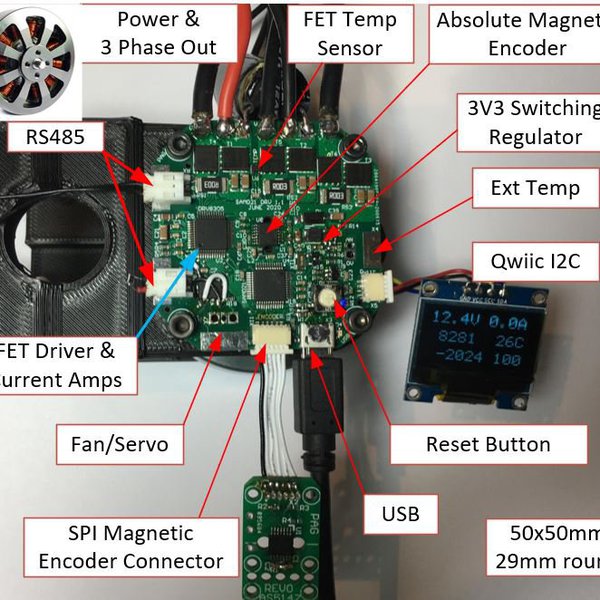 So its not for a skateboard per say but has every single component. You have to write your own firmware as ita arduino. That would open your avenues a bit. But Dons the genius coder. Idk how to code. But this is 50 bucks. So be worth learning. Itll take a minute but were making an esc. One thatll smoke unity and stormcore. Dons got 10x the experience Jeff does making PcBs. Hes also much older. Jeffs got money backers. Thats it. Lacroix thinks people want 50lb boards that go 60 miles.

. And their getting greedy. People arent stupid. Especially Makers. Karmas a comin for the close source companies. Selfish greedy company builders will force the diyers to render them obsolete completely. Only takes one smart person. And theres way more than that on here and worldwide. They steal Ben Vedders open source work and use it to close off and try an monopolize for themselves. So really Jeff and Lacroix kinda act like the chinese. Intellectual thiefs and liars lining their own pockets. They don’t give a flying poop about us builders or giving back. At all. Only their bank accounts. They probably don’t even ride anymore. Wouldn’t surprise me.