I have been thinking about having a Sanyo GA 12s5p battery made for my board soon.

The wheelbase is 29 inches and 55.5cm wont leave much room at all between the battery and the motors.

I’m aware that I could lay out the battery in three series width wise making the dimensions (L 37cm x W 19.59cm), however the board will not be slim along the edges because of the concave making the appearance more like a Metro-board from sideways. (No offend intended to Ilan!)

With the series traveling along the length instead of the width, I can get the pack to hug against the board into the concave sides keeping the slim look and also needing much less wire as the positive will be on one side and the series will turn around back at the other end, meaning the negative will end up at the same end as the positive!

The problem I’m having is working out how to use nickel strips to connect each series as there will be a slight curve so just simply folding the series back straight after wielding is not going to work.

Have any of you tried this or know someone who has done something like this before?

As for curving the nickel - if it won’t bend to conform to the curve - perhaps breaks periodically w/ braided flat wire, or 12/10awg wire to get the flex/bend?

I’m a visual person - can you lay out the batteries and show us how you want to build to confirm?

Series side ways makes the sides thick from the concave. Concave is not to ratio. 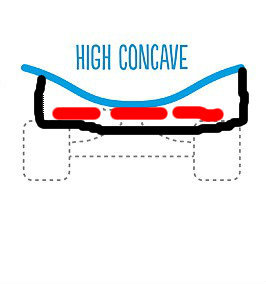 Not at thick if series is length ways. 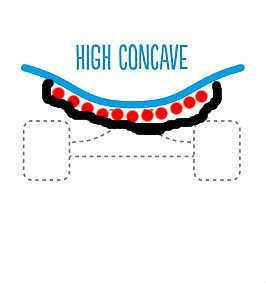 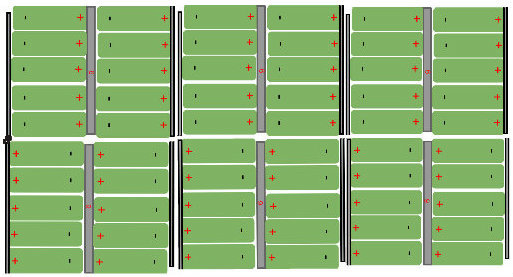 I have been thinking that maybe it could be forced back straight albeit with a wrinkled buckle here and there as the concave is not that severe. Back straight as in fold the nickle strips so the series is in line instead of the series being folded beside each other to have it wielded together.

That looks pretty doable. of the 5p - the outside 2 or 3 might be angled slightly. Either a small crease/fold in the nickel - or use some braided flat wire or 12/10awg to bridge that gap and let them fold over to conform to the deck bottom?

I might try to build a curved clamp jig for the battery pack as you build? you could also cut the nickel strips and rotate/angle them in-between each battery or every few batteries to conform to the bend you want. 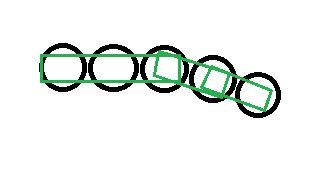 I would see the first 3 welded to the strip w/ your 4-6 welds, then layer another on top of the last angled to the 4th battery and spot welded another 5-6 times to the below strip already welded. repeat/layer and angle to reach the 5th battery. Am i making sense?

I love a low profile build where the batteries are super slim and unobtrusive… Look forward to seeing your setup!

Yes it makes sense, but somewhat concerned about current flow.

So the reduced area for current to flow through is not going to be much of an issue? Current from the cells on the edges will have to travel sideways to reach the inside 3 cells area before flowing through to the next series, repeat 7 times to complete the circuit.

Another idea which would be so much easier is to cut out a curved nickel strip, wield it on each 1s5p, and just solder each 1s5p together in between the cells to avoid too much heat?