After hours upon hours of reading, I am looking to make a custom 18650 Battery for my next build… So here you have it, if anyone wants to base a build on this go ahead… I did most of the dirty work 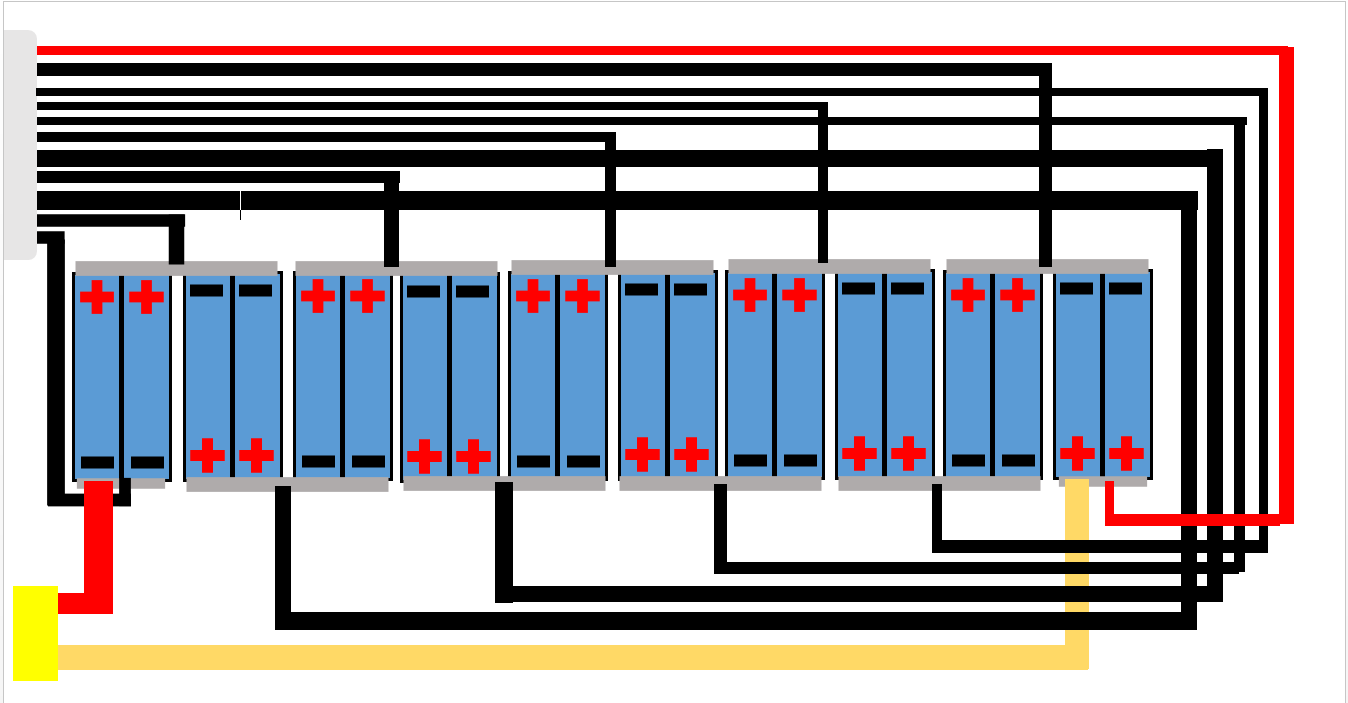 Does this look correct? You can thank word for the beautiful drawing…

Get ready for the breakdown…

Is there anything I am missing? I am not going to need an on/off switch because I am using the FVT esc and it has a built in switch…. right? Have any of you used either of the status indicators? How do you use it on the BMS I linked? Any improvements? Your help is always appreciated!

@JLabs nice work! I haven’t built one of these myself, but it seems like the trend everyone follows it to include a power switch on the battery pack and not rely on the ESC’s power switch. I’ve been looking into building my own pack and I planned to use a power switch. The reasoning is that you want a physical way to open the circuit.

Do you know where abouts to get a reliable switch? @treenutter

Which FVT esc will you be using your 10s2p battery pack on?

I’m in for some Samsung 25r’s or LG he2/he4’s if someone can organize something like a couple hundred or more (cells) group buy.

@barajabali or whoever decides to arrange the group buy, please make a new thread topic as to not hijack this one- thanks!

i’ve bought some stuff on alibaba before so i could do it.

thread made to gauge interest http://www.electric-skateboard.builders/t/18650-group-buy/2015

YES PLEASE FOR THE LG AND/OR SAMSUNG CELLS! Great idea!

Cool guys! I’m in too

Dude Bros…Generally the more cells in parallel to discharge the longer the pack life and the further the ride. While these Samsung 25R can handle alot, more cells to distribute the load is mas better…add ten more cells and get 50% more range and reduce the beating each cell takes …or better yet up it to 4p or 5p and recharge once or twice a week!!! I’m sure you all have studied this stuff but just adding my $0.02

it just so happens that i have a custom build request coming my way and i’m going to need to build a pack.

Depending on the mAh per cell, i may want as many as 60 if enough people get in on it. Otherwise i’ll probably only get 30. plus a couple of extras in case there are duds.

Where do we buy from?

If my math is right (I’m still learning) your battery would be 180Wh? And weigh approx 840g (1.8lbs) That’s pretty enticing! This just about what I’m looking for thanks for the work and links

I think so, @Bender Ur welcome! Do you know how to wire the BMS to the battery indicator?? @longhairedboy do u know?? What else do u know about on/off switches for the battery?

As far as power switches, you can either use the one on the BMS if it has a soft switch (if you’re using a BMS at all) or buy a soft switch similar to what @torqueboards is selling. Or use his, i’ve been pretty happy with the one i got from him a couple years ago. there’s also an open source one somewhere on the web that i can’t find right now that’s basically the same thing, a couple of FETs on a tiny PCB with a low current push button switch attached to it.

The volt meter / fuel gauge can just be wired into the mains after the switch and before the ECSs. On my 6S rat board i have the volt meter soldered into the leads on the switch. ITs as good a place as any. If you put it between the pack and the switch you’re going to end up with a volt meter that’s just always on.

Thanks for the feedback!

I just got the Vedder’s SparkSwitch made but made some changes to handle more amperage due to the issues a few people have been having with it. 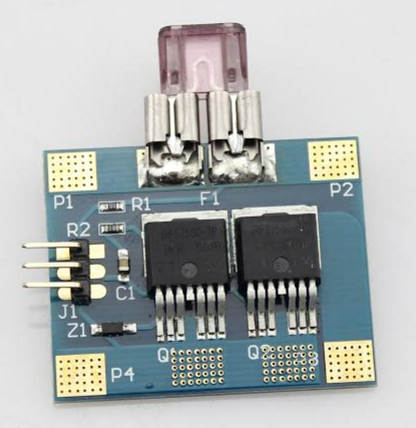 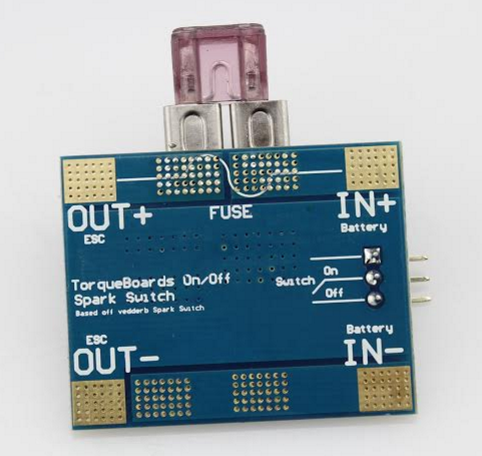 When will it be available… Dumb question… does this mean that you will be able to use any switch with it… just solder to the given ports?

How are you planning to house this battery? I’m really curious about solutions for that issue. Can’t wait to see your build become a success!!!

I am going to vacuum form an abs enclosure