Hey guys, I bought a cheap esk8 here https://www.ebay.com.au/itm/AU-250W-18km-h-Electric-Skateboard-Wireless-Longboard-Deck-with-Remote-Control/362607369454?_trkparms=aid%3D111001%26algo%3DREC.SEED%26ao%3D1%26asc%3D20160908105057%26meid%3D6e11ff513fdc4b7581fc0de40e6df7d0%26pid%3D100675%26rk%3D5%26rkt%3D15%26sd%3D142936868503%26itm%3D362607369454&_trksid=p2481888.c100675.m4236&_trkparms=pageci%3Abc0cb17c-6ca6-11e9-b14a-74dbd180f4de|parentrq%3A7750170b16a0ab1cb633a4d5fffa258d|iid%3A1 Was planning to scrap it for parts once it predictably died. So it showed up today and lasted about twenty minutes, was working awesome then just cut out on me, started up again then died properly. I only get a quick beep and flash of the light when I hit the power button, a couple times when I pressed it rapidly the power button glitched out and connected/disconnected rapidly till I pressed it again. It works fine when plugged in. I’m guessing the battery or power switch are busted. Anybody feel like guessing which? Should I put it out in the shed or something till I know what’s up? And how dangerous will it be to pop open? It sparks at the charge port when I plug it in. Not super confident they’ve insulated everything in there properly. and I know. “don’t buy eBay crap” I was fully expecting this board to fail, I just want the battery case, motor, trucks, remote and charger from it, planning to move those onto a trick deck and upgrade the battery/esc/BMS. I’m just a little bummed it died so quick, I got literally twenty minutes of riding on my first ever motorised board. It was glorious, and now I can’t do it anymore :’( If I can patch it up with a loop key till the other parts arrive I’ll be happy. Gonna buy a new battery next week, even if it works the capacity on this one is tiny. But seriously should I wear rubber gloves to take the case off or something? I don’t wanna get shocked, definitely gonna do it outside, with a fire extinguisher.

You bought an obviously cheap china hub motor board, expecting it to fail, and now want other people to donate their time helping you fix it?

You can easily take this case off. I think it has a 7S1P battery in there. There isn’t much you can use here. Not the remote, ESC, or cells. The motor is very low quality, and you only have one truck, so you’ll need another one of those at a minimum… and the charger is 7S which won’t work on other voltages…

You essentially have a deck.

Mate I’m not asking for charity just a simple “yeah it’s probably the flimsy little power switch, build a loop key” Or “nah the battery is clearly damaged” I’m not standing on a street corner asking for bus money. This site is specifically for people to ask about eboards, that’s what I’m doing. You’re not gonna build much of a community by being a pretentious wanker to every noob who asks a question. I’m not trying to make this my forever board, I just want a dodgy piece of crap to cruise around on while I wait on parts. I’m happy to stick with whatever voltage this battery is I just want a longer range, it’s like 2200mah, my phone has more juice than that.

the insulation isn’t bad, nor is there a need to buy a fire extinguisher.

it sparks because you need to plug it into the wall first then into the board.

it’s a common thing, and i’d wager that board is built about as well as most current boards on the market, just with cheap parts.

also, i’d say return that broken board and just buy a good deck with that money instead… the parts aren’t really worth the cost if you won’t be using the remote/battery/esc/ itself.

it’s about the same as paying for 300$ for a cheap laptop but only keeping it because you want to reuse the shell and not the hardware which made the cost high in the first place.

start from scratch and pick something that will actually last you longer then a month.

that was much more constructive, honestly though I am just looking to make this barely work for the time being, I have a parts list for a dual chain driven system I’m slowly buying up, this project is just to keep me occupied while I do that as It’ll take me a few months to save up for a proper vesc, motor, and everything else, already spent $300 on a Longboard to mount it all on. The end result I’m hoping to get from this is a trick deck that goes about jogging pace I can put my friends on while I ride the Longboard, and a bunch of experience fixing/replacing dodgy parts. It’s like giving a 17 year old kid a toolbox and a car that’ll barely make it down the road, he’ll either learn to fix that car or get used to walking.

Where are you based? I’m reading in australian now. Open it up and take a look. Deconstruct the thing and see what you actually bought. Realistically if you get to use the motor deck and enclosure then you’ve probably broke even but don’t let that deter you. This is how most of us got into this hobby in the first place. (Shut up Brian). Take a crap pre-built and make it better. Great learning curve. I’m guessing theres a chinese sinewave esc in there and a cheap 7s low quality cells battery. It will move you along but thats about it. Again no drama. We can rebuild it. Get it opened up and post the pics. Lets see what we are dealing with before too much advice is given. Charge ports spark if you plug them into the wall first btw. Unplug it and plug it into the board first. Then plug the wall plug in and switch it on. Chargers retain voltage so leave it alone after unplugging it until the light goes out. Takes a second or two. Keep me posted, I love re purposing.

and i’d wager that board is built about as well as most current boards on the market, just with cheap parts.

I have that board, and it’s not built well at all.

Thanks heaps for the encouragement man, yeah I’m Aussie haha, half the reason I went with this board is the lack of range in goods here, it’s either eBay crap or top of the line stuff I drool over and can’t afford unless I slave and save. Which I am doing, it was just sending me crazy not having something to cruise on in the meantime, I’ve been riding a normal board a lot but my legs suck and it’s nice to give em a break.

I have that board, and it’s not built well at all.

i want proof of this

or as they say in dutch “eerst zien dan geloven” (first, seeing. then believing)

i want proof of this

Definitely the same hardware except I put it on a better deck. Still crap. It’s in case a kid wants to ride a board or something.

Ah! well seeing you actually have one tells me you know what you’re talking about

I guessed by the forthright way you took on our resident fun cop. Hes kind of a dick sometimes but hes our dick and we love him.
Parts are hard to come by at times but you can get most bits from here delivered reasonably. This place is a goldmine for innovation mate trust me. Keep reading and searching and you will come to know us and the great stuff that is available to you once you become a member of the community. Welcome. I’m in Qld btw

Probably the best thing you can do with that – besides keep it as an emergency backup or a trainer board – is to find 21 higher-quality cells like 30Q or even 35E and replace the 7 cells in there with those.

But for all that work and cost, you could just build a better one like you said.

There really isn’t much there you can use.

Which is pretty much my end game for this board, so you could probably have easily answered my question. Did your power switch die too?

I was planning to just buy a lipo pack.

Cheers dude, eh I’m willing to get along with anybody if they’re chill, god knows I can be a dick at times haha. Here’s the progress so far, just finding screws with a magnet. 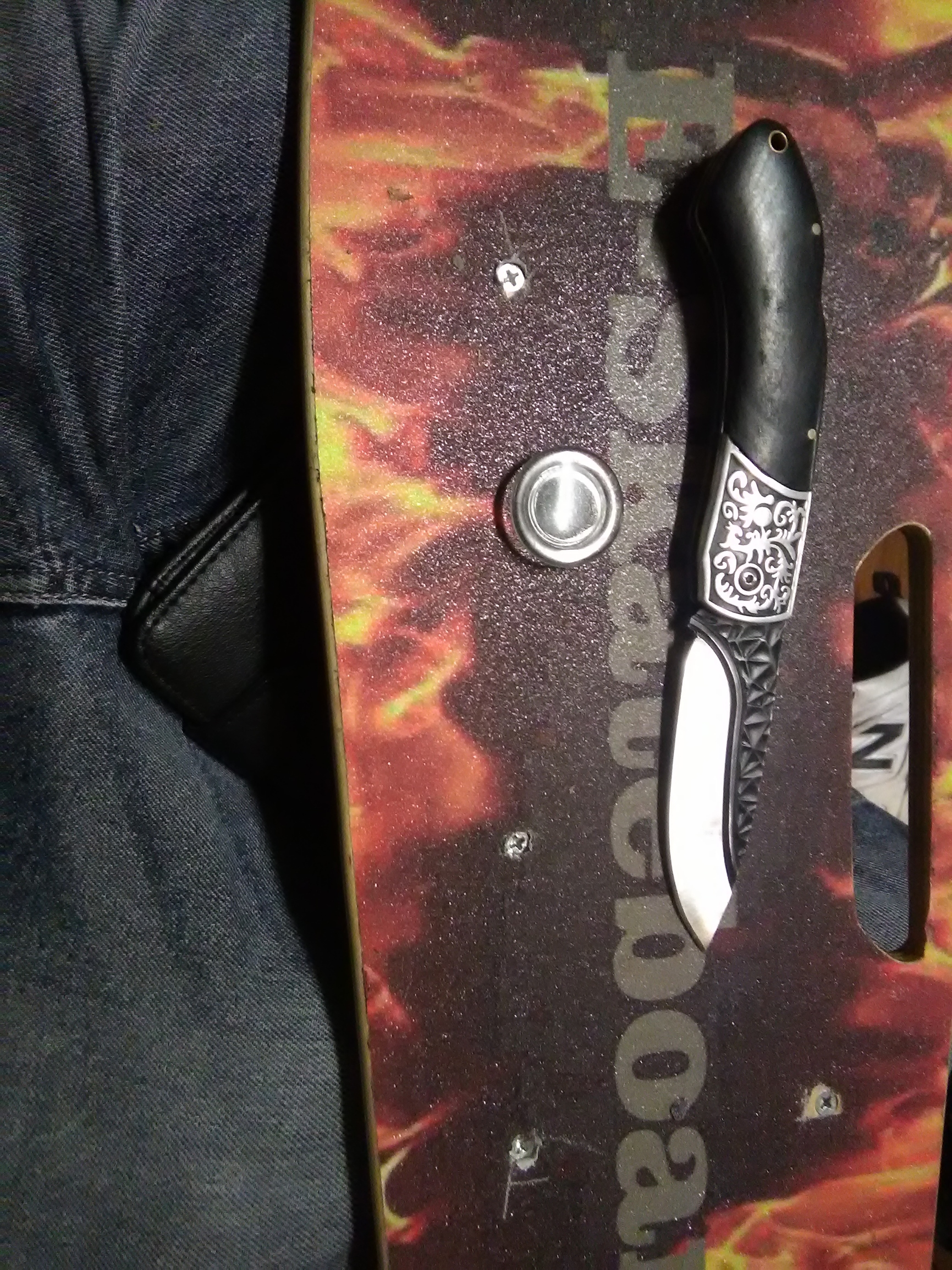 No, but mine has roll-to-start and auto-poweroff, so the power switch is an optional accessory. Mine is an older model, though.

So I popped it open. Just to be super sure I can’t die from touching this can I? Just gonna disconnect the battery before I do anything else. 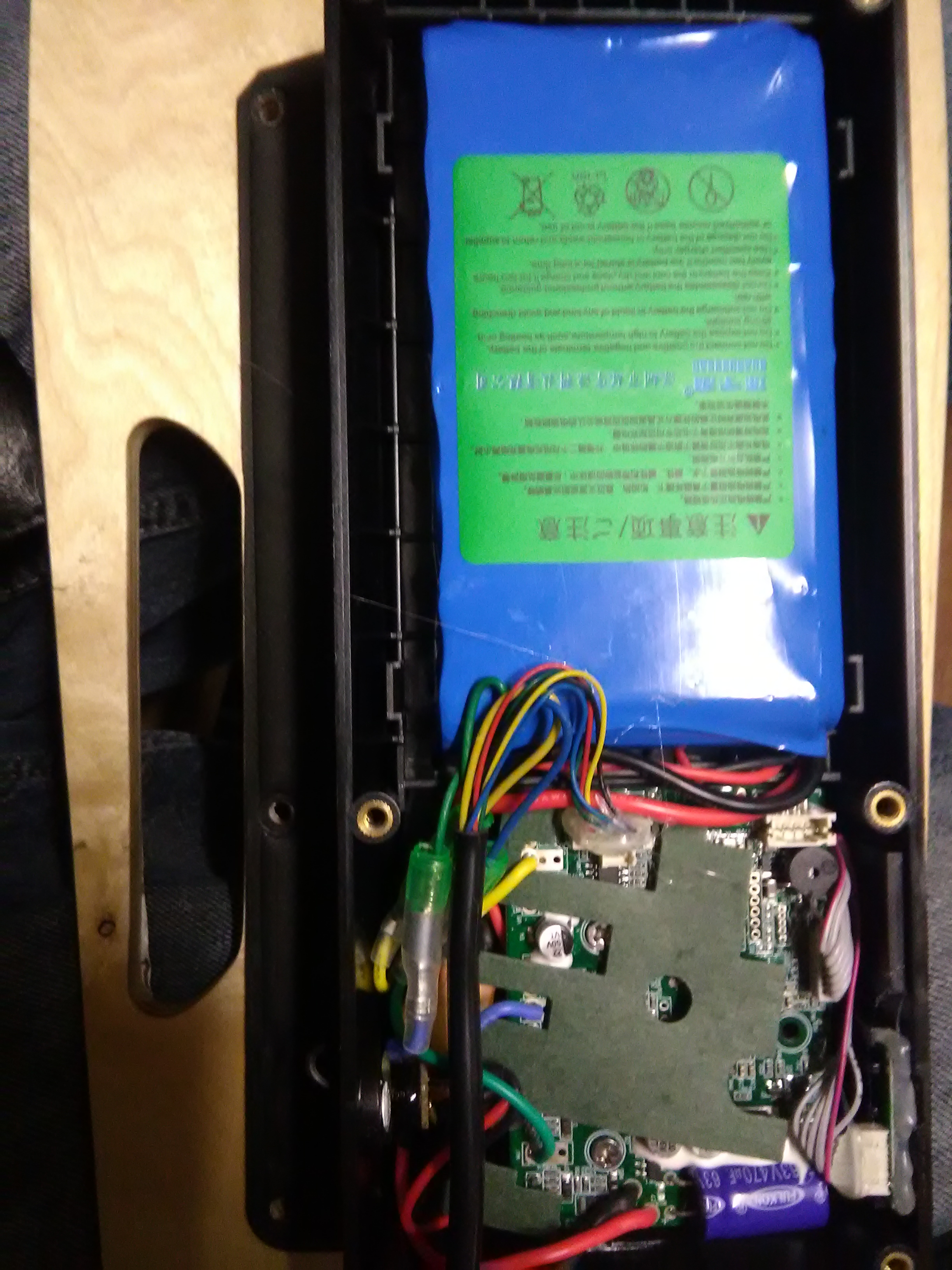 That looks identical. It should have roll-to-start and auto-poweroff? Did it not?

The worst case is if you accidentally short out some of those cells and they go into thermal runaway and start shooting fire. That’s the worst case. You won’t get shocked from any of it. At least not very badly.