I’m looking for a new deck. Basically, my DB Freeride has had so many repair jobs on it due to my enclosure being fitted and it’s decided to split. I think it’s time to stop filling it with 2 part filler and get a new deck altogether. I’m going to need a new enclosure aswell as my fiberglass one has cracked. I made the enclosure myself and I didn’t allow enough room for bolts on the surrounding lip. My fault; my mold had 20mm of lip which would be enough but I didn’t consider the fact that fiberglass has a thickness (doh!) All in all, I need a new deck and a new enclosure. A new enclosure without a doubt.

So here it is. I need recommendations!

What deck should I go for? I’m thinking something flat is better because the DB Freeride not only has a drop but it is also concaved which makes it tricky to get an enclosure to fit perfectly. I also need an enclosure to suit which will fit a 10s4p/5p pack. I also have a heat sink plate made by 3D Servicas which needs to fit.

Any recommendations? I don’t want to spend a fortune. I need a deck that’s at least 38" long but I’d prefer 40" as I think my stance should be wider. I also want to be able to fit AT wheels.

Most people will probably recommend Red Ember Boards but that isn’t going to work. I’m based in the UK and I think getting a deck sent from the states (Boston?) is going to take too long and will also be expensive.

This looks cool but it’s too short: 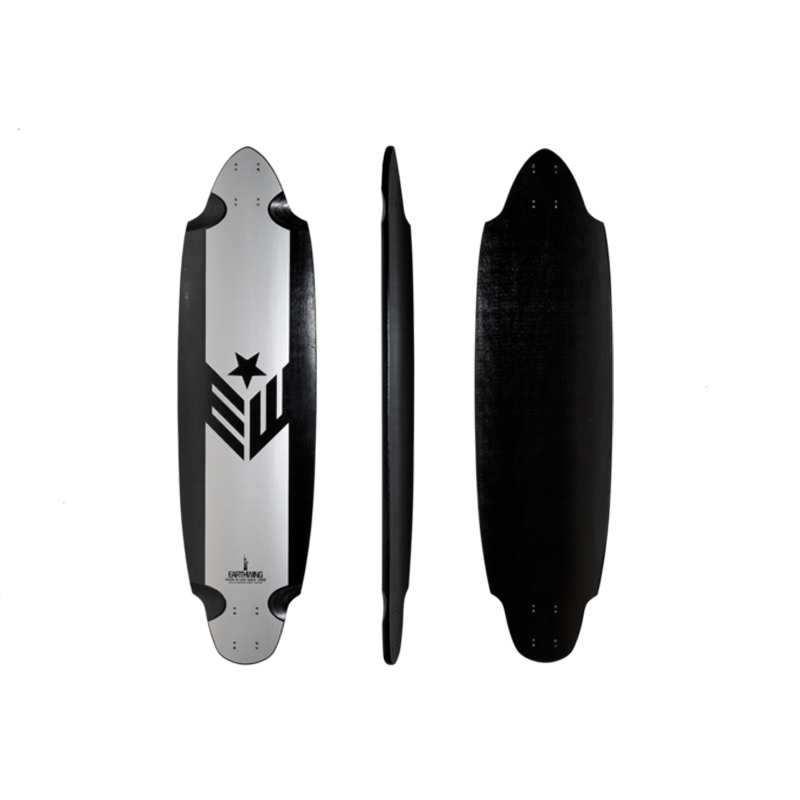 Any help would be appreciated!

hummie deck with an enclosure from @bigben

What’s your ideal budget and what is the shape of your battery?

@spesh I just googled Hummie deck and a billion different things came up but the companies website. Do you have a link so I can check out the styles?

@skunk I don’t want to spend a lot. Probably £100 GBP? The board is going to get trashed because I use it daily. I’m not looking for anything super light. The DB freeride seemed like a good board and it’s served its purpose especially as I only paid £30 for it!

My battery is going to be long and thin. I’m currently using 3 Zippy Flightmax 5000mah 3s1p batteries. The current enclosure is about 30mm high (external).

So, Mr @Hummie has had a really nice looking deck made and is currently doing another group buy in this thread. There seems to be a little bit of interest getting some over here in the EU. Myself I’d like one and will take another to build for...

@skunk so that deck looks like it’s got slots for the batteries? That’s pretty cool! Are you able to post pictures of your board so I can see the underside?

Just search for “wood and carbon deck” here on the forum. There’s 2 threads about it. One in us and one uk. Shitload of pics. Hummie is not a company. He’s a member on this forum

https://www.electric-skateboard.builders/t/new-wood-carbon-decks-group-buy-round-3-110-shipped-us/43245?u=skunk Unfortunately I’m at work and don’t actually have a whole lot of pictures on my phone but there’s the original thread from the USA Group buy. And if you type in hummie deck in the fourm search, there’s quite a few builds using that deck on here

£100 for the deck and £45 for the simple enclosure. Something like this. 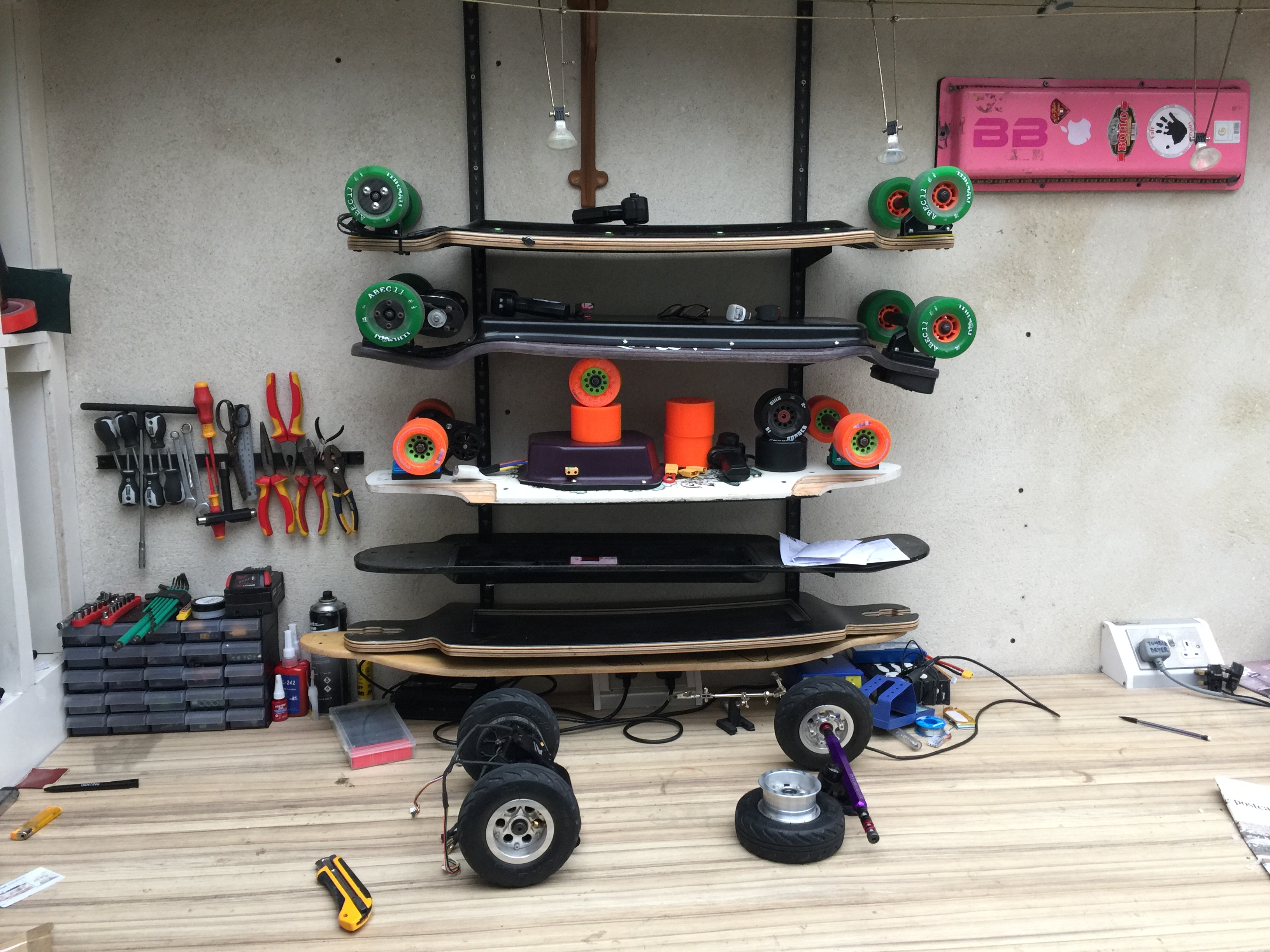 It’s also good to bear in mind that these decks have more layers than most decks I’ve ever owned. They’re pretty tough and have a beautiful carbon fiber top

Are you able to post pictures of the board with the wires coming out, on/off button, etc etc etc. I also need it to fit my heat sink plate. Will that work?

I think going through the USA Group by you’re going to see more pictures of the deck with psychotillers enclosure on it. You probably see more with BigBen’s enclosure on it via the EU Group by

While it is a little bit above what you wanted to spend you’re not buying a longboard and adapting it to esk8. This deck is made for us.

So I’m looking through these threads and I love the deck but my concern is the enclosures. I love the fact that it’s meant to be super slim and beautiful but I feel that slimness is removing some functionality. For example, I can’t see where people are putting their on/off switch, battery percentage reader and charge ports?

I’d like those things to be on the enclosure aswell. And again, I’ve not seen anyone using a heat sink plate with the enclosure?

Maybe this isn’t the right deck for me. I won’t be sold unless I can have all the above. 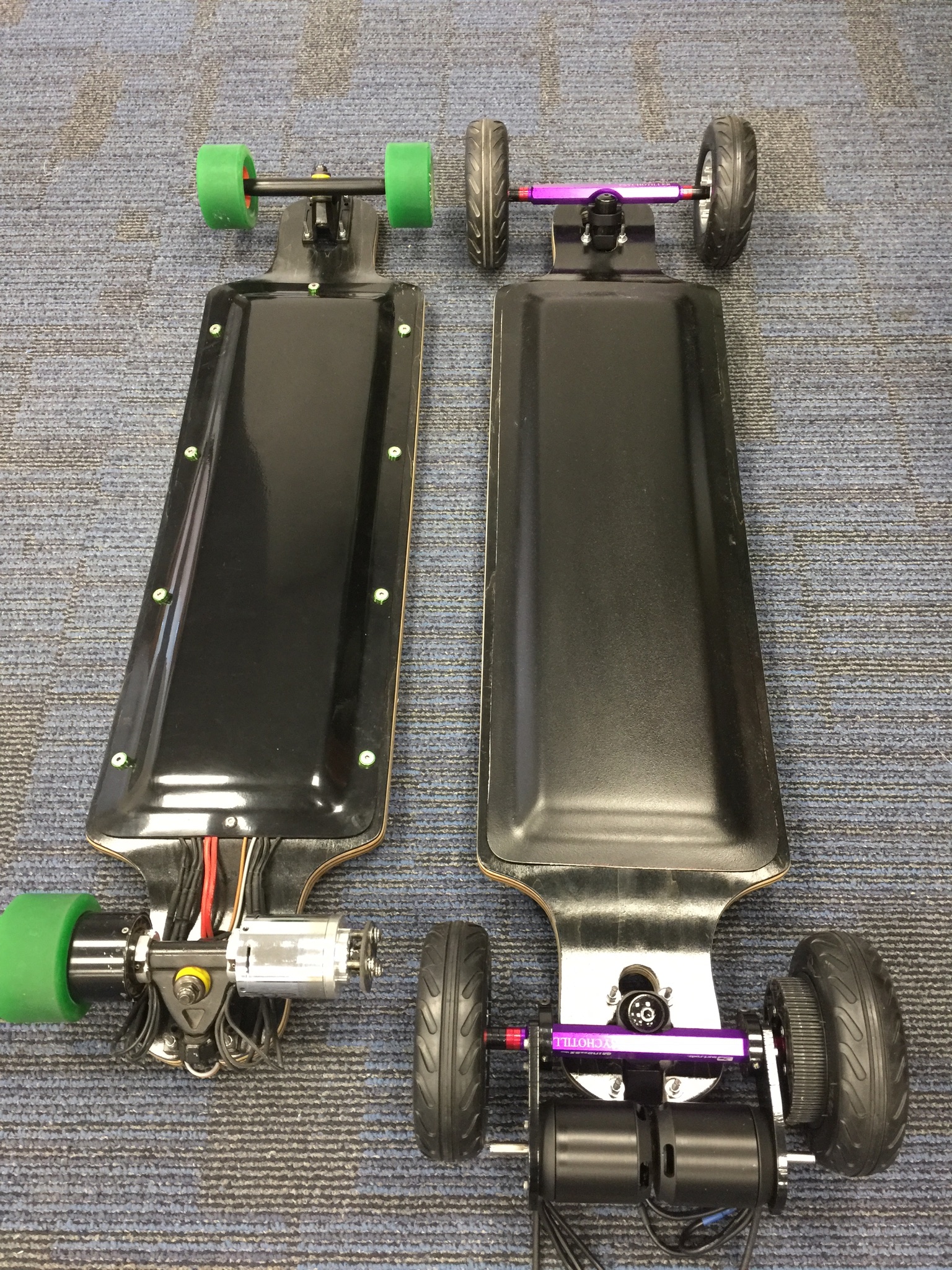 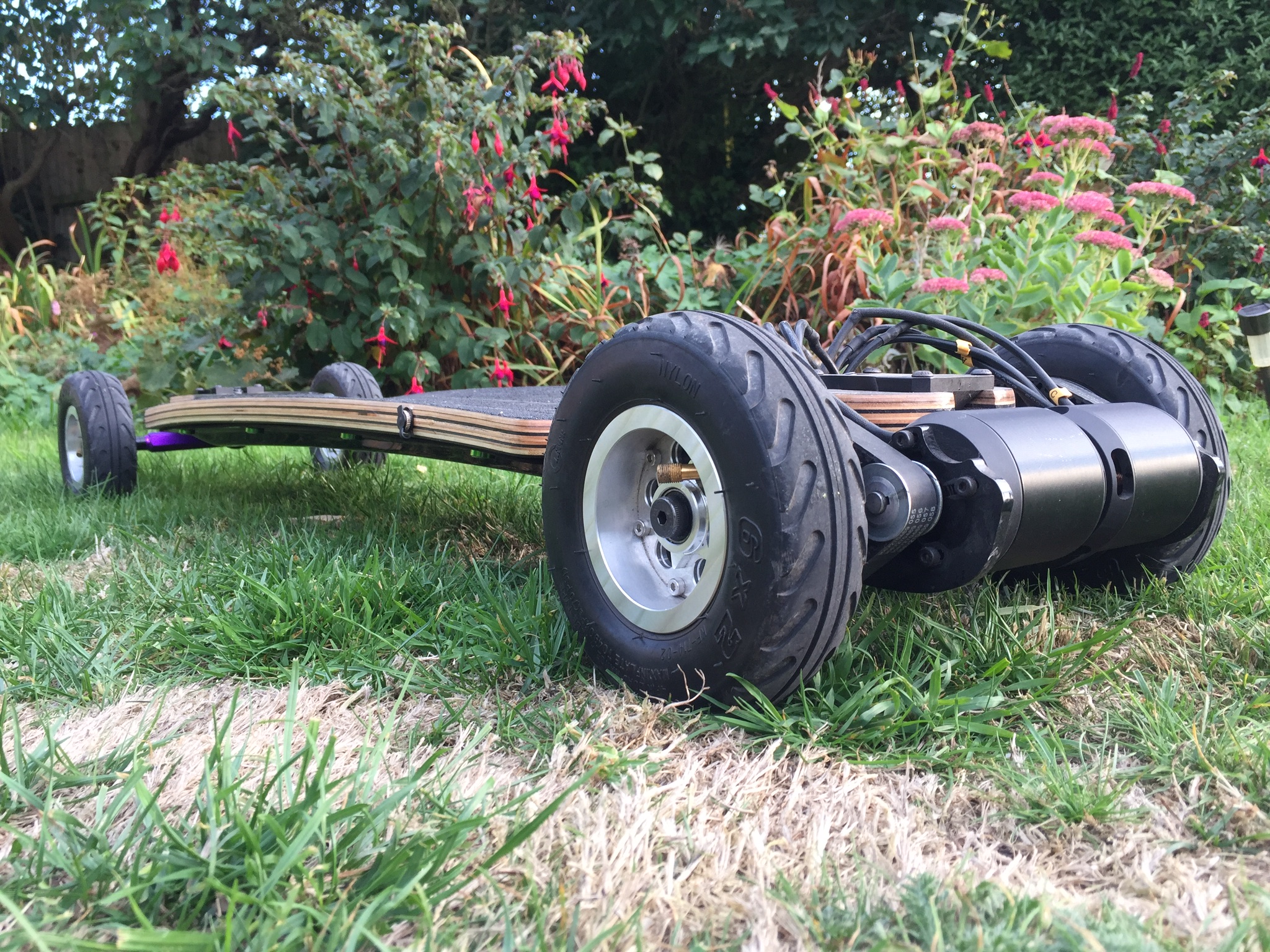 I’ve been using push to start and app for voltage display so done away with 2 of the need for holes. I stuck a hole in the side for charge port. There is another version of the enclosure that covers the wires. The heat sink plate should be able to be cut through the fibreglass enclosure and bonded to it. Some switches and meters are integrated into a cover for the dropthrough holes. @amazingdave is doing something like that here.

Ok, here’s my first post on this, my third build… my first 2 builds were one wheel drive labours of love, I made the decks using roarockit vac bagging made abs enclosure and battery and ran them on 90mm urethane…the ride was not smooth enough for...

I’d like to keep the bits and bobs I’ve got because I bought them a few weeks ago. Seems silly to get rid of them already!

My thinking is having the switch, screen and charge port on the bottom of the deck facing the ground? Similar to the Enertion boards.

Ref Instagram: When you’ve done your inventory check can you let me know if you’ve got them in stock? Am I right in saying there’s 2 lengths? It looks like it based on the pictures above! Builder’s, Hear i am sitting in a Banking board meeting at work, listening to several people blamber about percentages, interest rates, quaterly reports, bla bla bla… And then it hit me…just before i was about to fall alseep! " Why dont i do a...

Here’s an example of tillers enclosure that someone put a heatsink on. Although I’m sure you could do the same thing with Big Bender enclosure. Both look great
1 Like
bigben October 17, 2018, 1:25pm #18

I know what you mean spunk.