Short about me, I am from Denmark and study Integrated Design engineering (a crossbreed of a industrial designer and mechanical engineer) and love to make stuff.

This is the Donald Duck build! 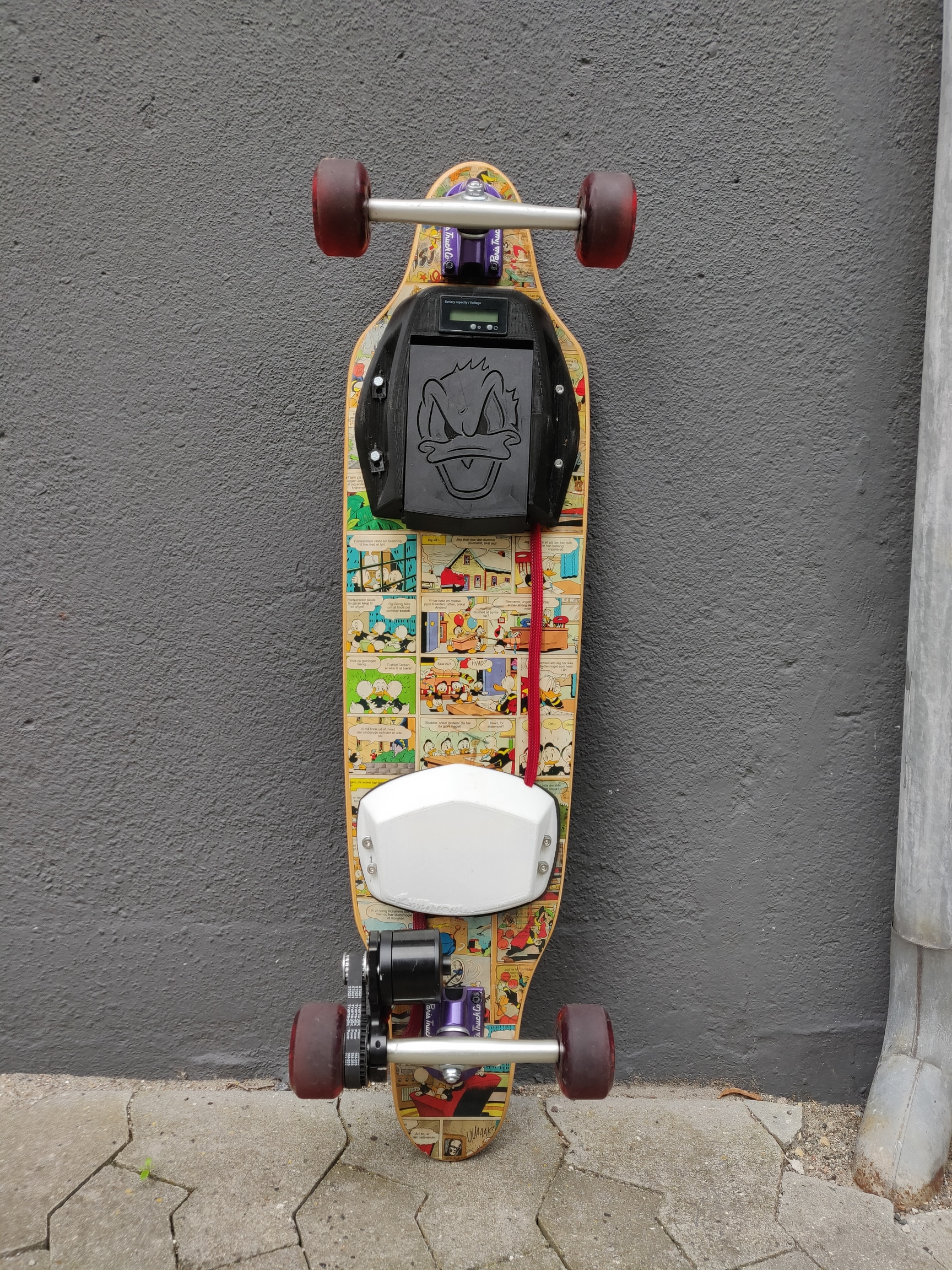 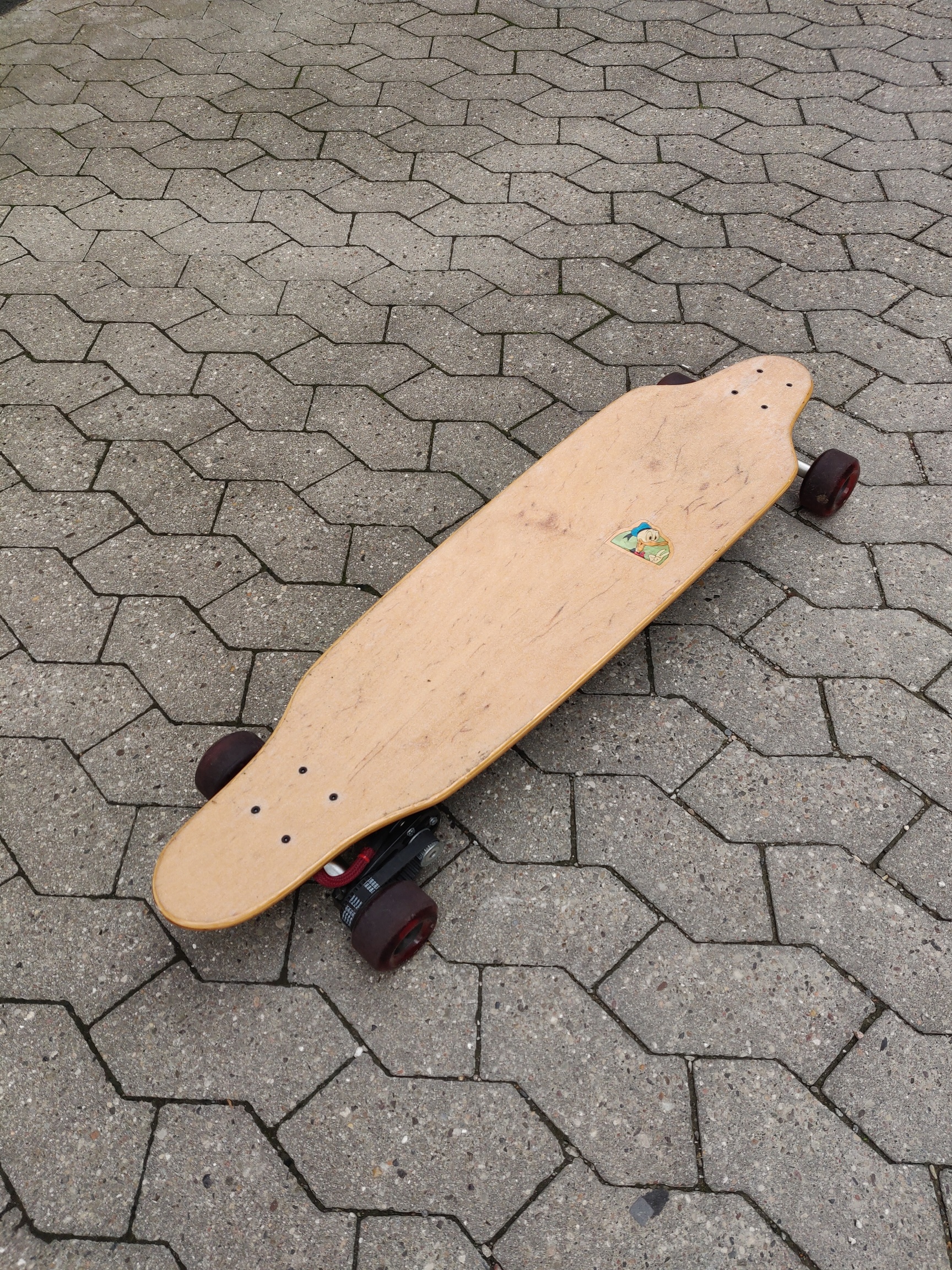 I wanted to make the deck my self. So i bought some cheap plywood and made a press with the desired concave out of what ever wood layering around. 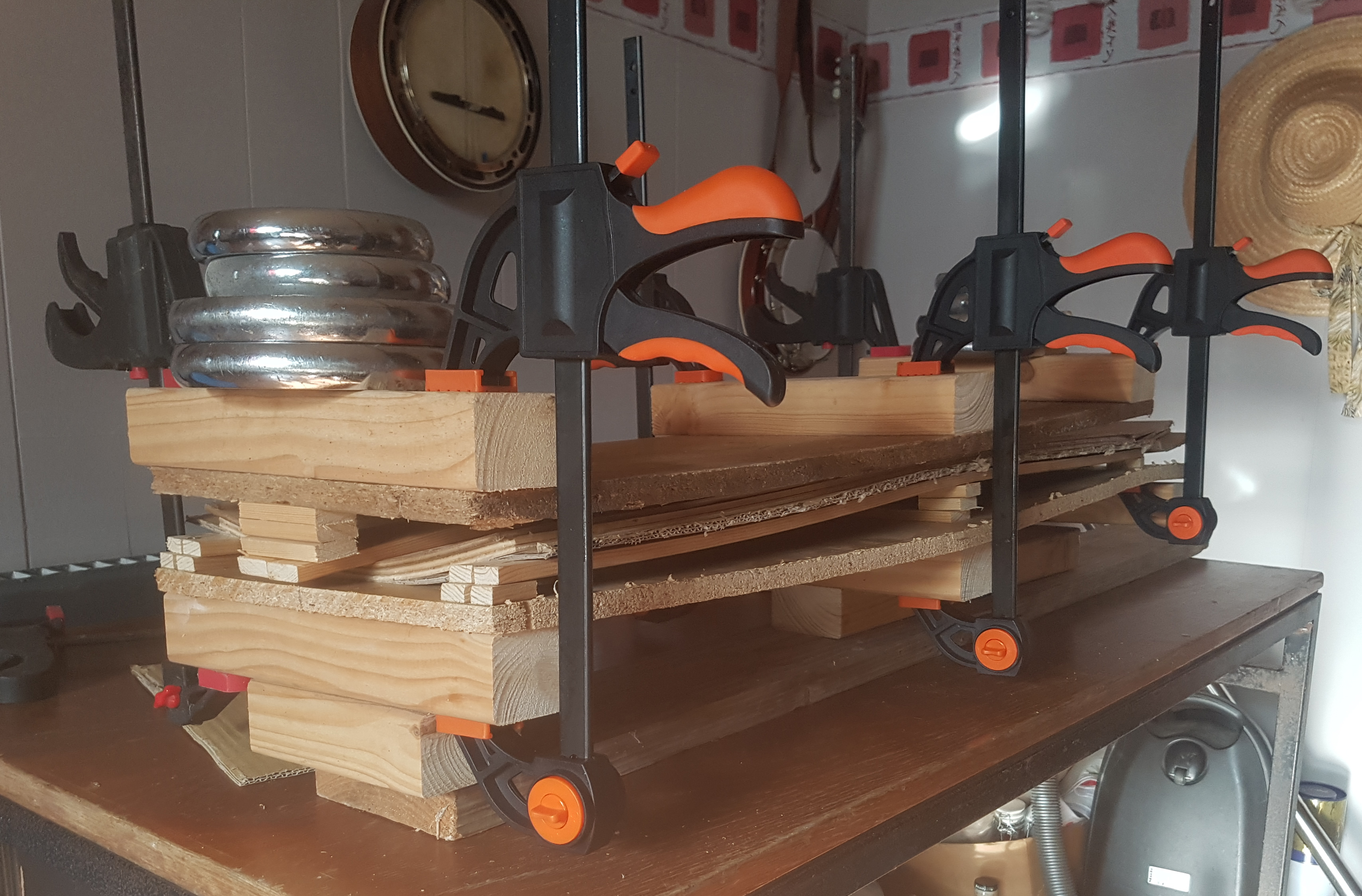 A lot of glue and a day later, I could cut it in shape and sand it nice and smooth- The template of the shape was made in Inventor, with inspiration from the the Sector 9 striker deck. Very happy with the result!

Time to get Donald involved… I cut the pages to size and used a clear coat made for ships. 1 layer under the pages and 3 above, with a little bit of sanding between. 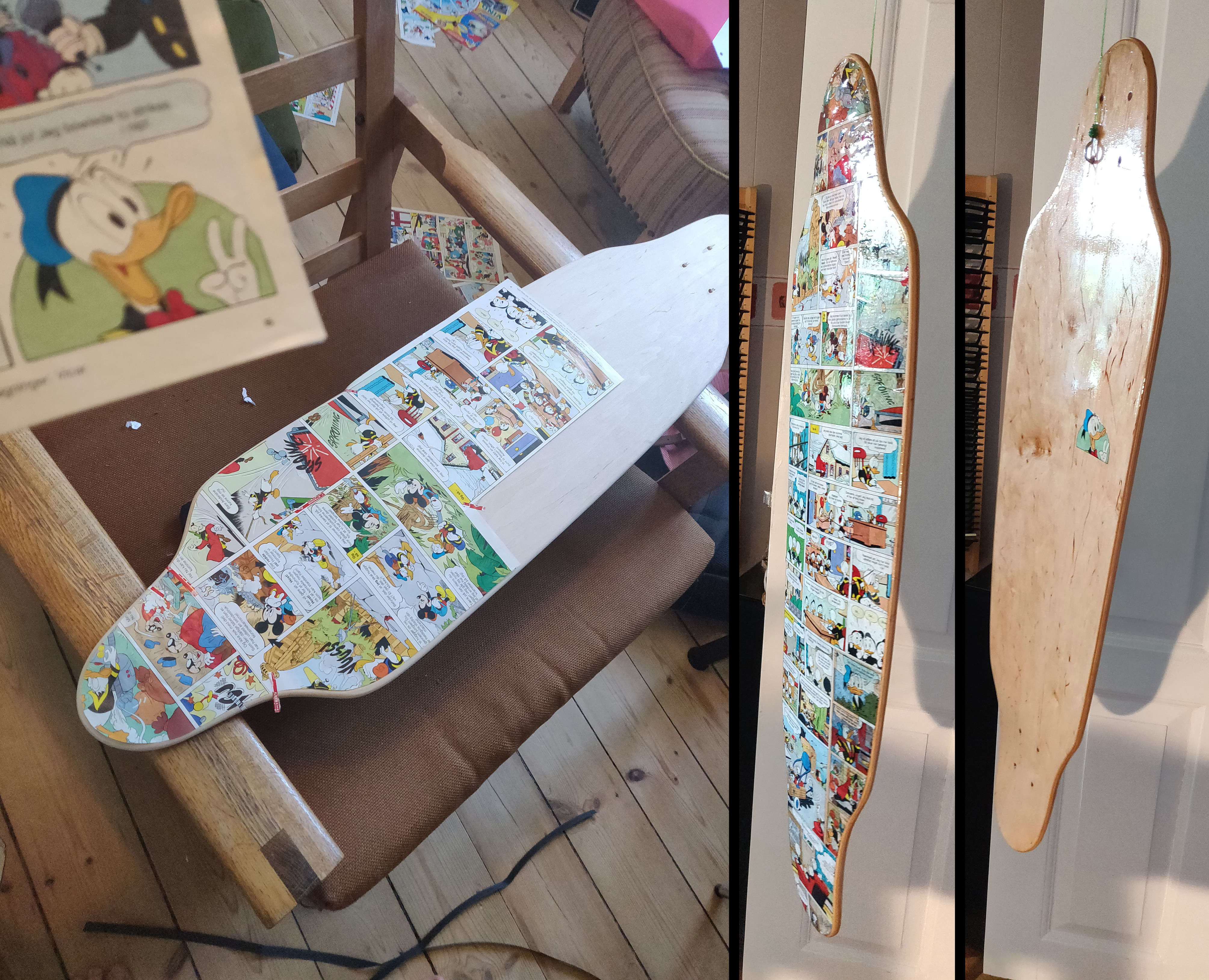 After some clear griptape was appleid, I was ready for a late night of assembling! The enclousers and xt60 holders inside, I also designed in Inventor. 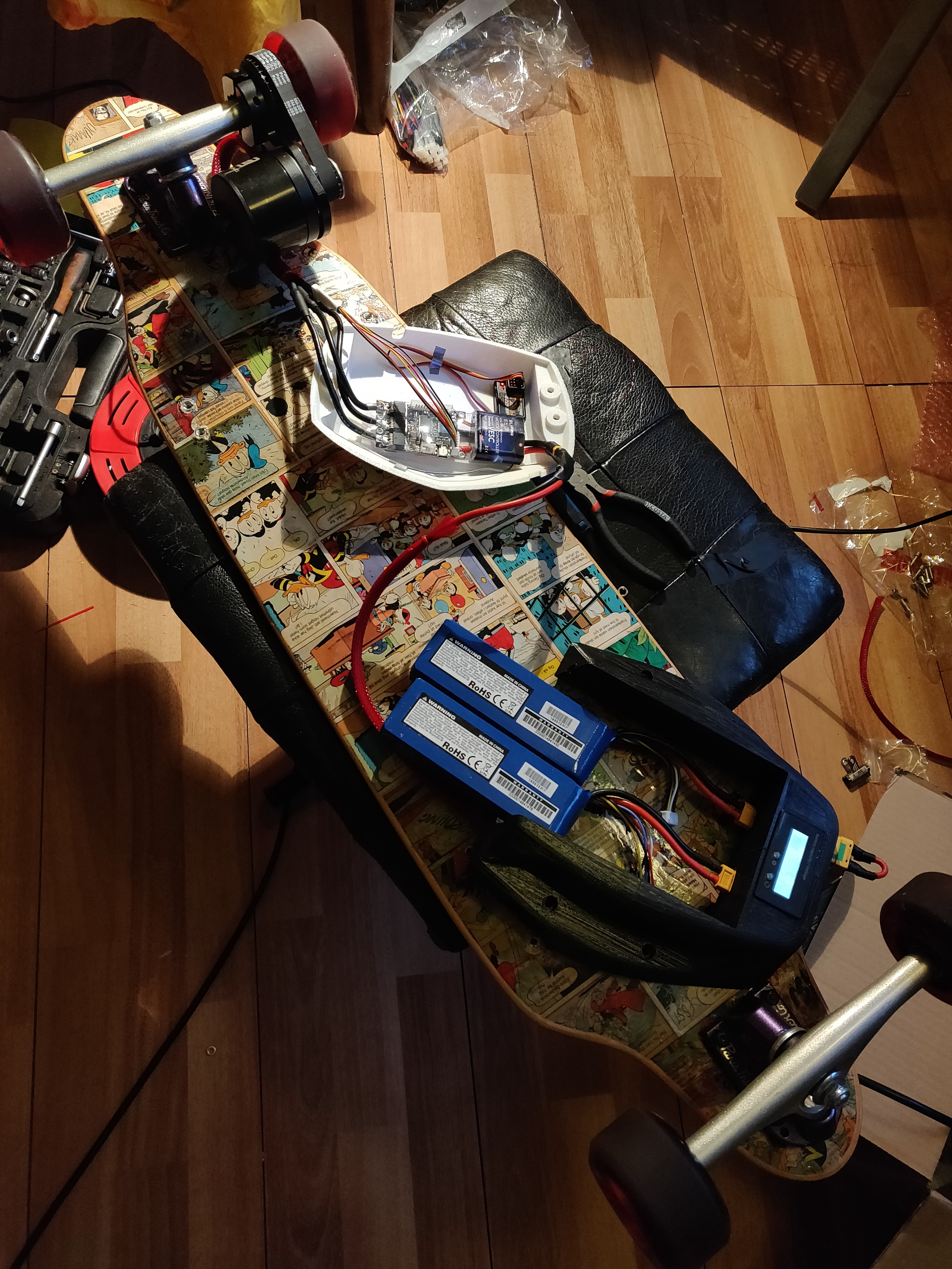 But why Donald Duck? Because it’s awesome and it’s matching a fixie bike i made a while back. 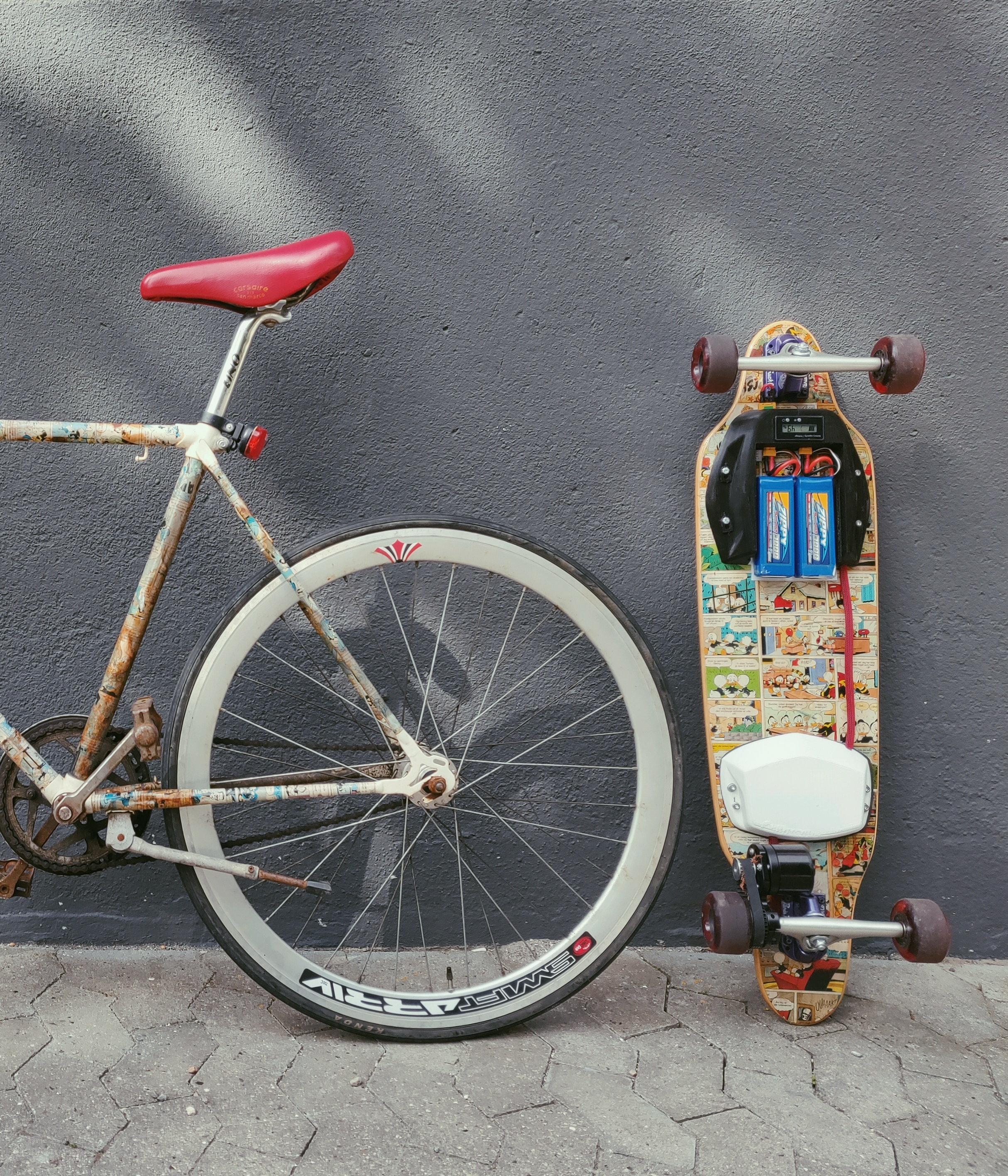 But it’s not finished yet - if a esk8 project ever finish?

For my first electrick board, the power it delivers is for now - but the charging situation could be better. So the enclousers will be redesigned reprinted in better quality and same color in the near future.

And yes, the wheels are pretty small, so they will also be replaced at some point. But I dig the red tho.

Good job with the deck!

Really like the duck theme, do you have any more pics of the deck work?

Thank you! Here you go 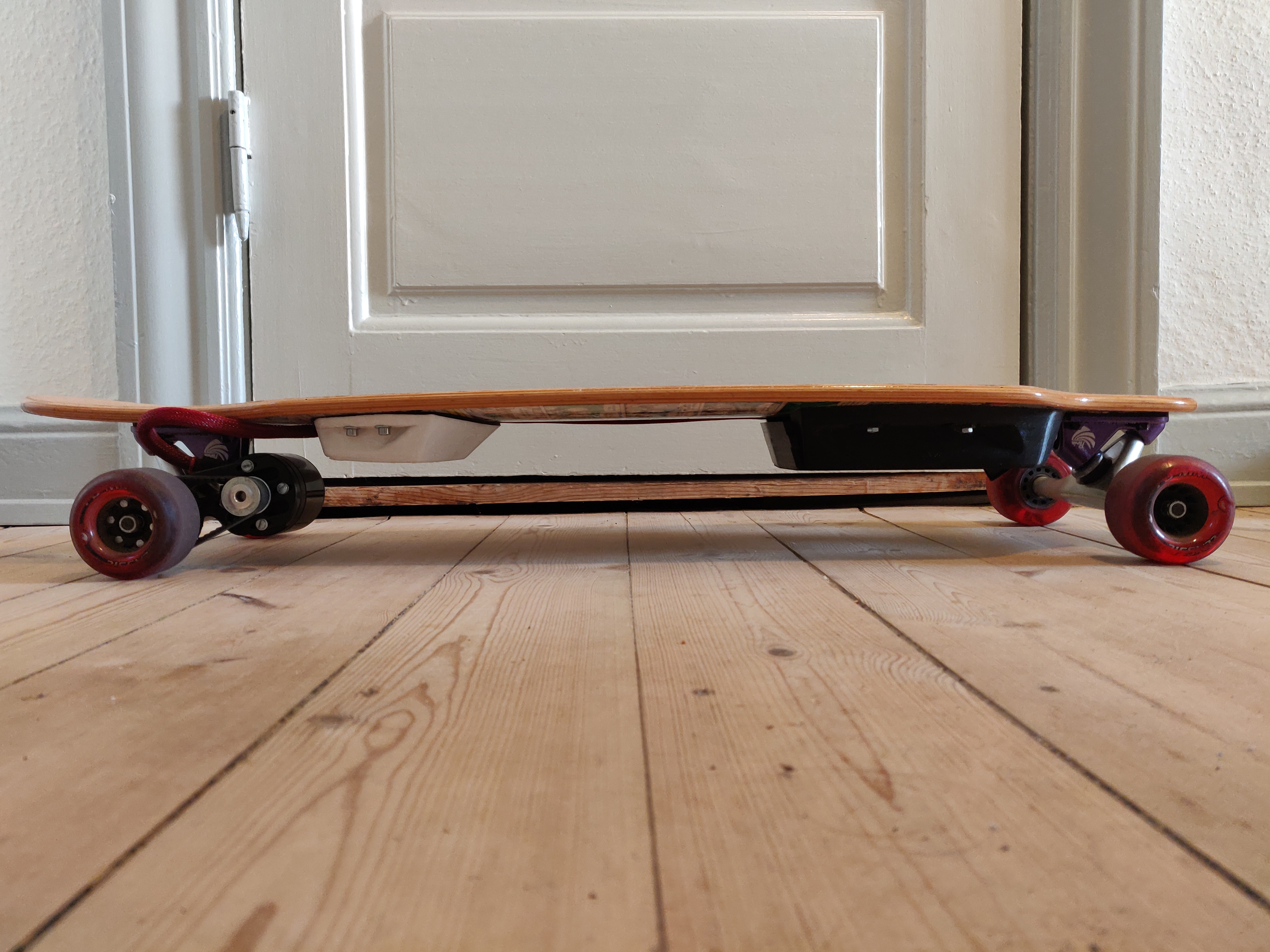 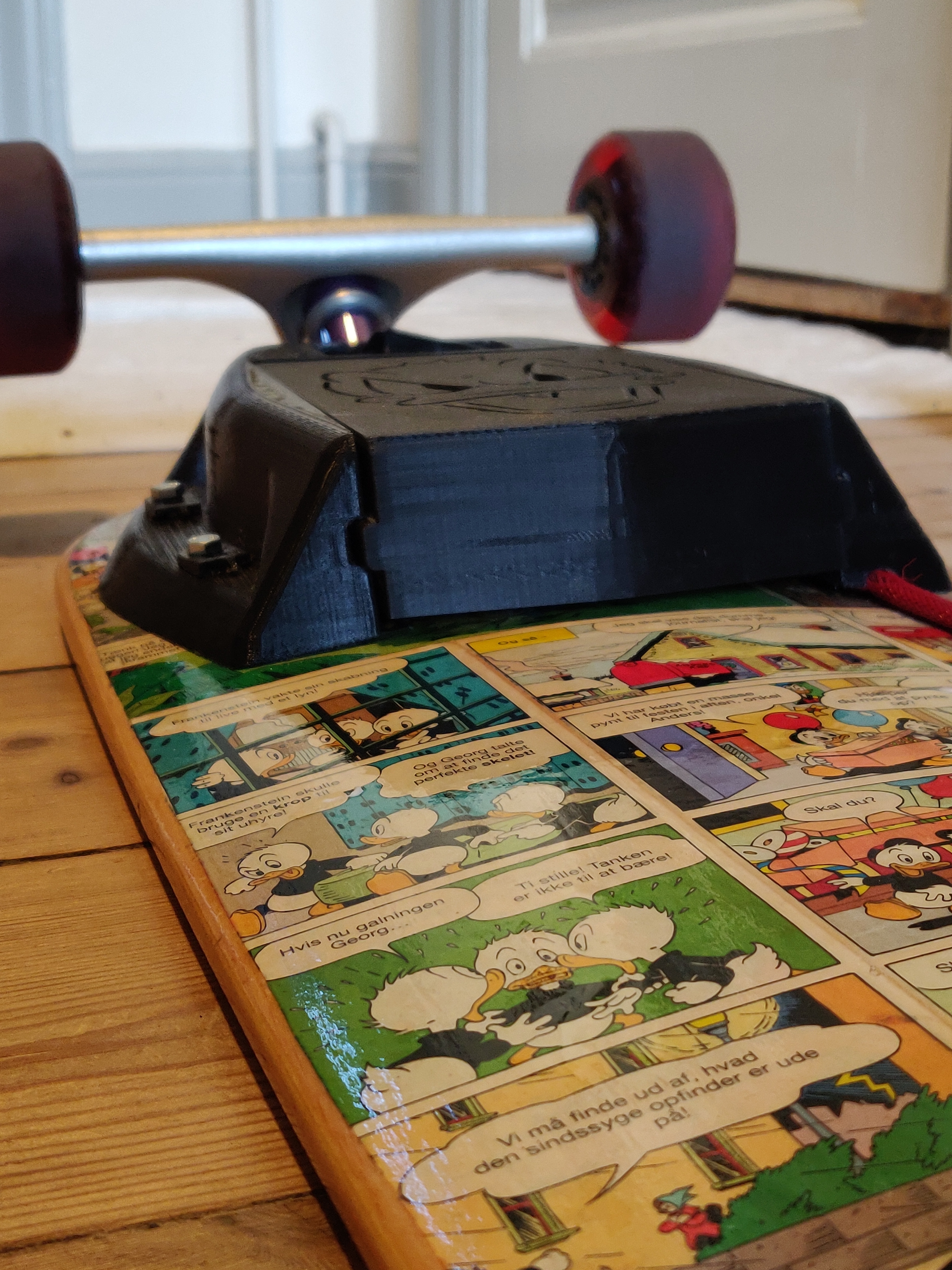 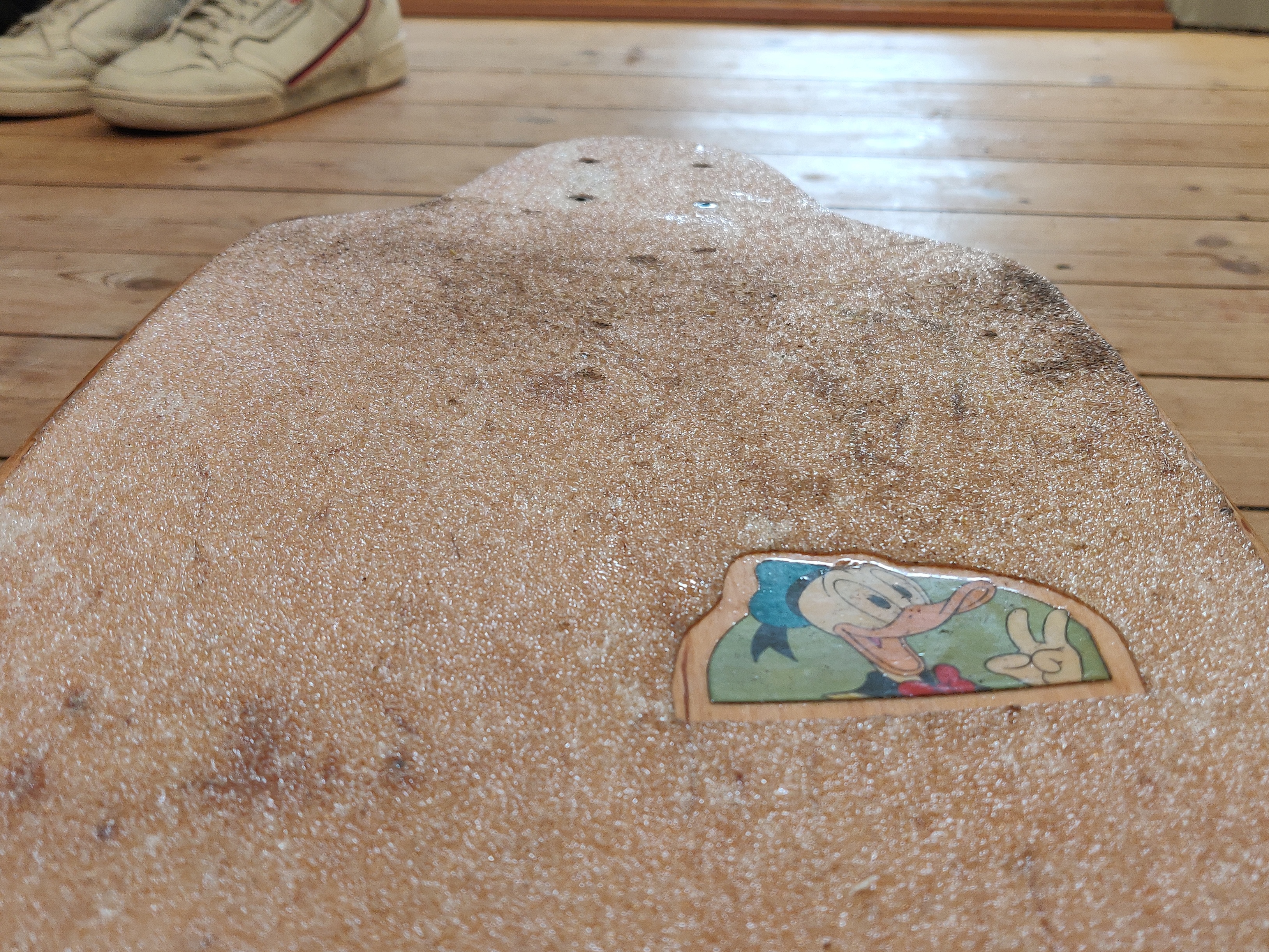 Absolutly fan of your custom mate !! Love it !

if a esk8 project ever finish?

it does, until the next upgrade or new stuff !..; Got the same problem on every build …

Absolutely amazing - this is the best themed build I’ve seen in quite a while!

BTW, keep an eye on your motor mount. It looks like it might be bending very slightly. Given that you are running a solo 6354 motor, it will put a lot of torque on the mount.

Thank you all! @Riako I thought so…

@Jmding the enclousures still got some flaws. But when im happy with them, I will be glad to share

and yes, you are right about the mount. It’s hobbyking on Paris truck, which is not that great…

Super nice! Love the Donal Duck theme, favorite classic Disney character. I really need to learn how to press decks. If you have enough pics and would like to share your technic with a tutorial about it, everyone would be super happy to read it or watch it if you prefer a video. At least I will be!

Thank you, i don’t really have more pictures. But im planning on making one more and why not make a tutorial meanwhile

Hobby king mount eh? That surprises me a bit, that mount looked pretty thick. Do you know Joe thick it is? Could you take a closer picture? I’d like to see where it’s yielding

@Jmding, HK mount is 8mm thick at the arm

Wow, a little surprising it’s bending. Most mounts seem to be 6mm, 8mm should be easily twice as stiff… guess maybe they got too trigger happy with the weight saving cutouts.

Here is a close Up. It’s bending in the connection with the truck, because the truck is’nt uniform round, not the mount itself.

Ah, if thats the case, it might just be the screws bending a bit. That’s good news I suppose, it shouldn’t get any worse