Dont know whats wrong with my board

Recently I bought a jetson electric longboard from a retailer here in chile. Is a jetson e-punk longboard and its describes with 500w motor and a 36V 4.4Ah lithium-ion battery.

Thing is that I always wanted an e-board, ive been waiting for years to buy one and this one was cheap enough for me, I did the research and the board was retired from the manufacturer two years ago so I know the battery might come dead.

I recieved my board, came with some amount of charge and I realized that when i plug the charger, the light on the charger doesn’t change for “full/stand by” to “charging”. I followed the manual wich said that I should full charge it for four hours the first couple times, so even if the charger wasnt indicating charging I left it pluged for the 4 hours but I asume it didnt charged because the battery lasted for 6 minutes after that (before the charge I did managed to travel for like a mile and a half).

My theory is that the battery or one of the cells is faulting, that or the controller but at least all the other functions on the controller works but charging

Ill upload a couple pictures from the Insides

I barely know about this things so I would really apreciate some help, im willing to learn and keep improving my board so any other literature is wellcome. I dont see a balance lead so you could start by measuring the voltage at the battery plug. You should see 36v or thereabouts. Guessing the balance lead and BMS is located inside that blue battery shrink wrap. You might need a new battery if you’re not up for replacing one or more 18650 cells and spot welding some new ones in their place.

thank you for your answer, right now im at work but i got a multitester so i will read the battery later tonight.

im not quite sure on what do you mean on balance lead and BMS but i can open part of the wrap so we can check it (also as i said im very open to learn about theese cause i love boards in general and im willing to build my own boards in the future), about your last point i was prepared to the outcome of changing the hole pack or some cells but i wanted to be sure that is the battery thats not working.

Yours is a 10s pack. So inside will be a balance lead. There will be a ground wire which is 0v. Then every wire after that is the first cell positive lead in series up to the last. So measuring the ground and the wire next to it gives 3.7v or so. Then measuring ground against the 2nd wire gives the voltage for 2 cells, 7.4v or so, and so on until you’re measuring the whole pack with the ground and farthest balance wire.

That balance lead will be plugged into a BMS. You can disconnect it to measure individual cell voltages easier.

If that pack is toast and cannot be charged or used theres no reason not to carefully peel off the blue shrink wrap and explore further.

so i tested de plug from the battery to the esc and it shows 34,3V

Sounds like the pack is ok and balanced. Which leads me to believe somethings not functioning properly with your charger. 10 cells x 4.2v per cell fully charged = 42v. I think we found the source of your charging issues.

So just to confirm thats the whole charger and not just the power supply for a charger?

this is the battery it uses:

so 29 volts its too little? shoudnt at least charge something?

You’ll need a charger that outputs 42v. Be very careful not to exeed 42v as it can damage your batteries and overtax the BMS. Something like this would work: 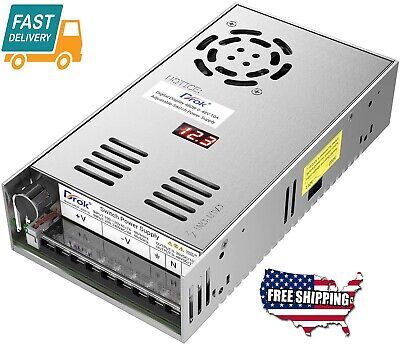 Or even better one that also has an adjustment for current limiting. 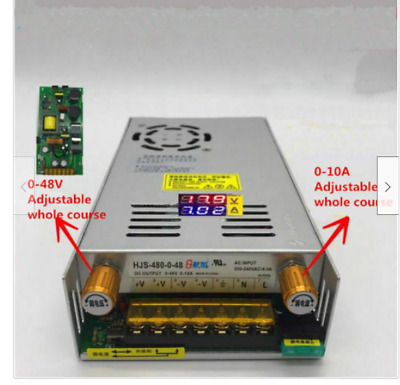 Find many great new & used options and get the best deals for AC110/220 to DC 0-48V 10A Current Voltage Adjustable Switching Mode Power Supply at the best online prices at eBay! Free shipping for many products!

Or at the very least another “power block” charger with the correct voltage. Just keep in mind these are not always accurate, so measure the output voltage under no load before using. Even though the voltage will drop a bit under load it will return to its unloaded voltage as the battery gets close to fully charged.

I manage to found another power block that supplies 42v 2ah. By instinct I checked the output and it sends 42.2 so I think no worries for now.

Oh and of course, its charging!!!

Thank you so much!

I remember a couple weeks ago I realized that the block was 29v but then i forgot lol, I should have syartee with that