Really love the ride the vanguard gives. Heartbreak when I had all those drama’s with vescs and motors but with some help from the community I was able the get the vesc’s fixed and found the short inside one of the R-Specs. So - here it is - revamped ! Ronin on the front - still using a caliber on the back - don’t have mounts to suit the whitepony okp method Bought one of @Eboosted 's awesome battery cases and crammed a 10s4P sanyo GA pack in there @14aH The vesc case is not from Alan, the quality of his enclosures are mint, that’s a 3D print with texture paint. I should have bought the vesc case from Alan! The worst thing about the enertion nano remote is that when it binds - its really good ! Fking thing won’t bind through the PLA enclosure, Wonder if I used lead paint

Anyway I’ve soldered the ppm cable to it and it’s poking out in front of the vesc enclosure. Will get another GT2B` some build pics 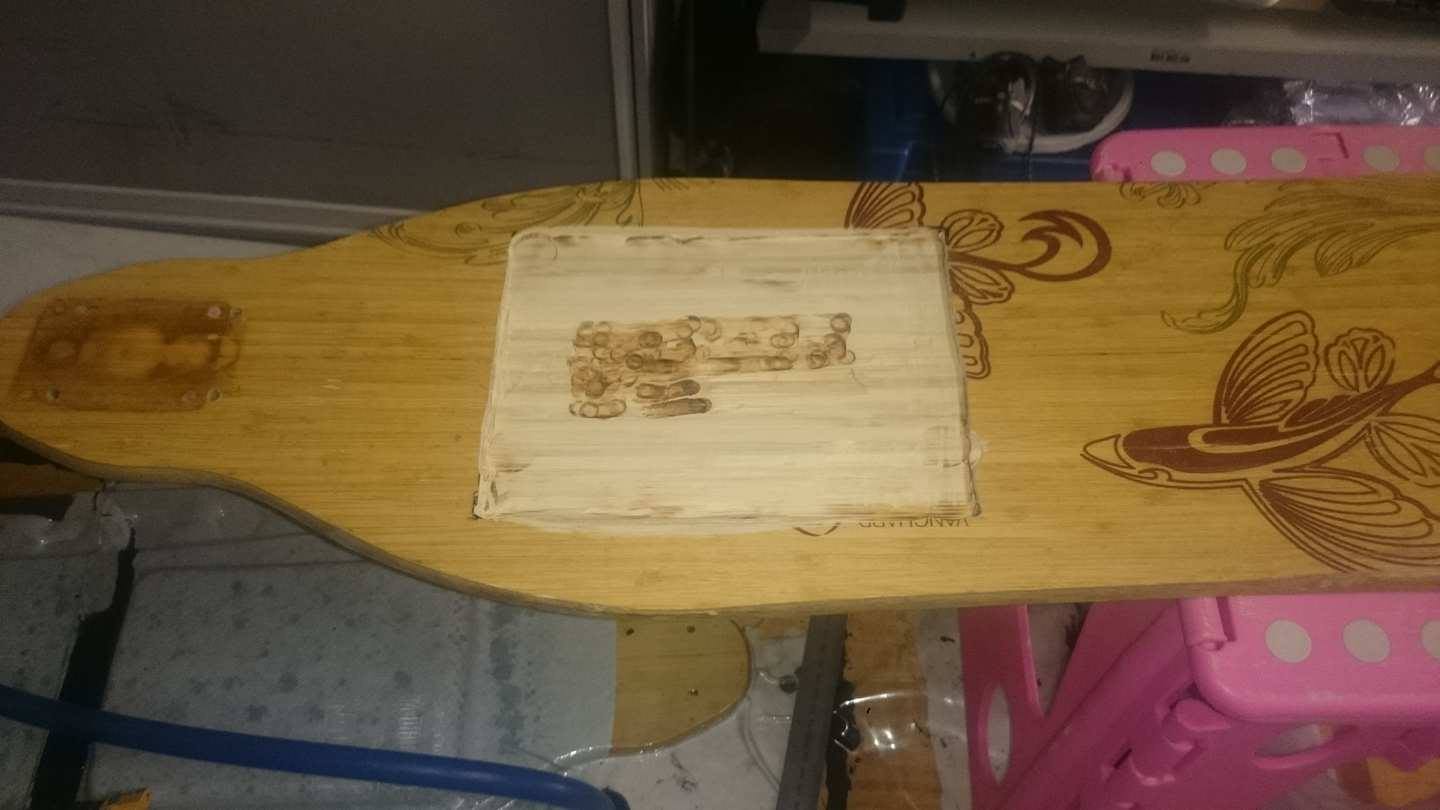 Epoxied the cables in place - 10awg - then hidden Batttery, BMS and anti spark switch - damn thing failed. dropped some solder on it while soldering the charge port, flash, dead. Replaced the fets and it breathed again - once. Using a loop switch for now. Top speed I have reached is 45km/hr. Has more left but it gets a bit floaty with the flex 2. Have put on weight since I started riding these things. 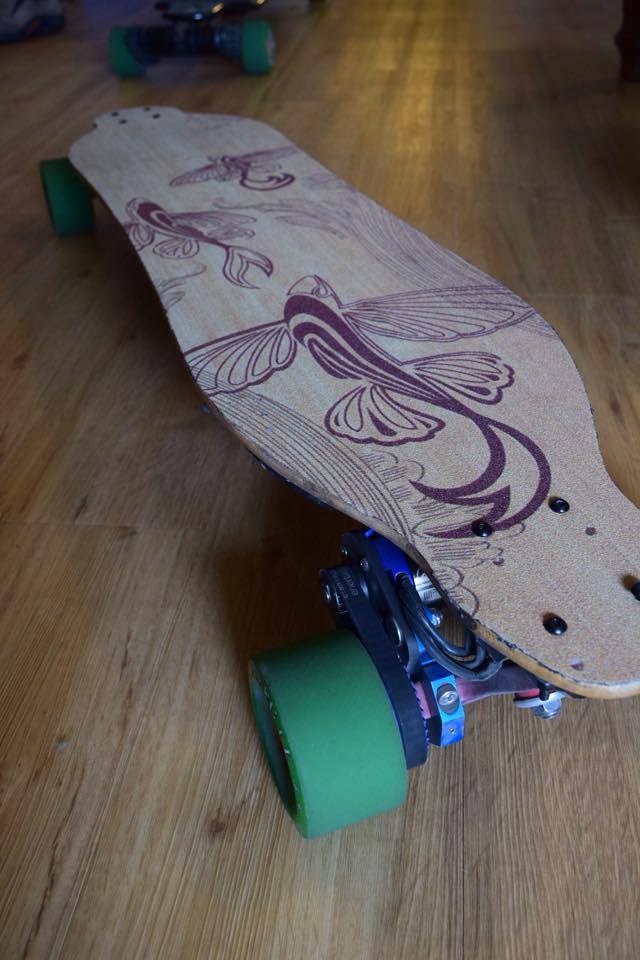 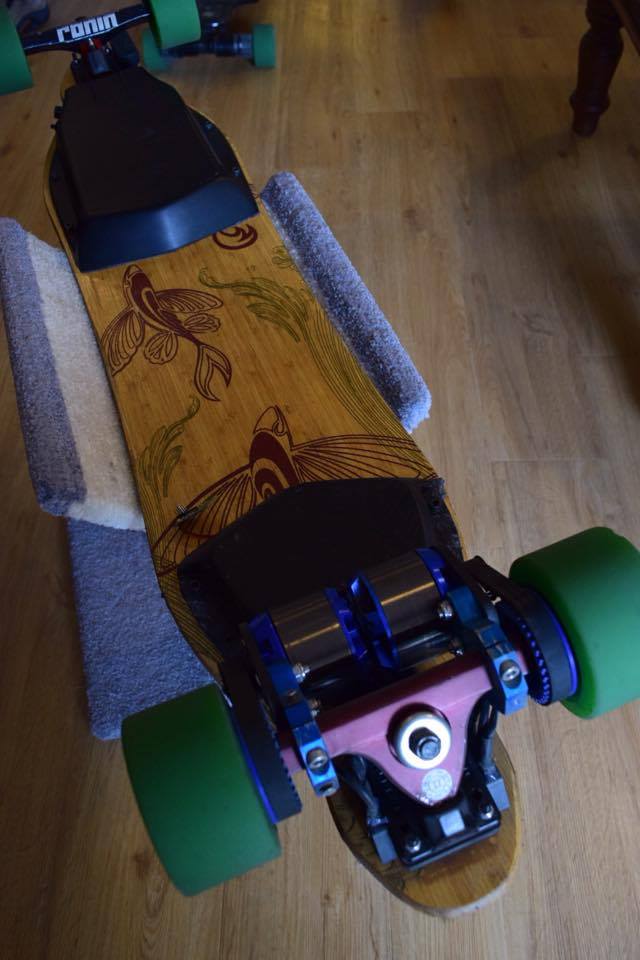 Love the vanguard graphics you’ve done under the grip tape

How’d you do that?

Congrats on the board Jebe, I really enjoy my Vanguard as well, I upgraded the motors to @kaly 6355 230kv and the board is faster than ever, I really love it

Thanks. I had the graphics printed on grip tape with a sublimation printer.