So @torqueboards recently released their 4100 6390 motor and it got me thinking. Is there any real benefit to these motors compared to their 6374 motor other than the 20kv difference? Since the focox can only handle 60A continuous (and from what I have read burst current is pretty much irrelevant in a sealed enclosure), the bottleneck is the speed controller and not the motor, right? The maximum power a focbox could deliver at 12s is ~2800W so any motor more powerful than 3000 watts should be irrelevant.

Can anyone with a 4000+ watt motor answer any of these questions?

Also, it would seem that if you have a 3p battery that can produce 60A continuous, there is no increase in the amount of continuous power that can be generated between a dual motor versus a single motor drive system, right? I know logically this would be the case, but I want to know if people have different experiences in real application.

12S x 4.2 = 50.4V × 60A max (pretty sure this is the limit on vesc components) is at 3000W so fully charged you could in theory put that much power through the system. Regarding discharge on a single battery through multiple escs/motors you do basically get one half the output for each each/motor but you will generally have less loss from heat both in splitting the power. Would expect higher efficiency but no real world experience.

Yeah I used ~3.7 volts for the wattage calculation in my first post, but the main point I was making is that there is theoretically absolutely no difference between the 4100 and 3100 watt motors while using a focbox if you correct for the 20kv difference by using a different gear ratio. I guess the only slight difference would be the 6380 motor might be able to dissipate heat slightly better due to the increased surface area, but I bet the real world difference is imperceptible.

So @torqueboards recently released their 4100 6390 motor

I was able to utilize my 4kW motors even with 4.5kW using simple FocBoxes and our case

I want a vesc 6… and really? You’re able to keep them that cool…

Spot on the money the larger motor will have better cooling. Personally a single 6374 is more than enough power for my skinny ass. Tho I’m sure I woulda gone for the 68xx if torqueboards was selling them when I was ordering parts.

I dont know if you will be able to reach same performance on 4.12 with dual case but I am using it with Finned so it dissipates much better

I plan to have air vents cut on my enclosure that force air in from the front and have to blow across the case to escape in the back, should help keep the batteries a little cooler too since they are gonna be in the enclosure as well

Yes, but couldn’t you just use a different gear ratio to account for the difference?

I have heard that in real world performance the thermals are nearly identical to the focbox in other threads.

I heard about your cases in another thread too! I am definitely going to pick one up sometime. 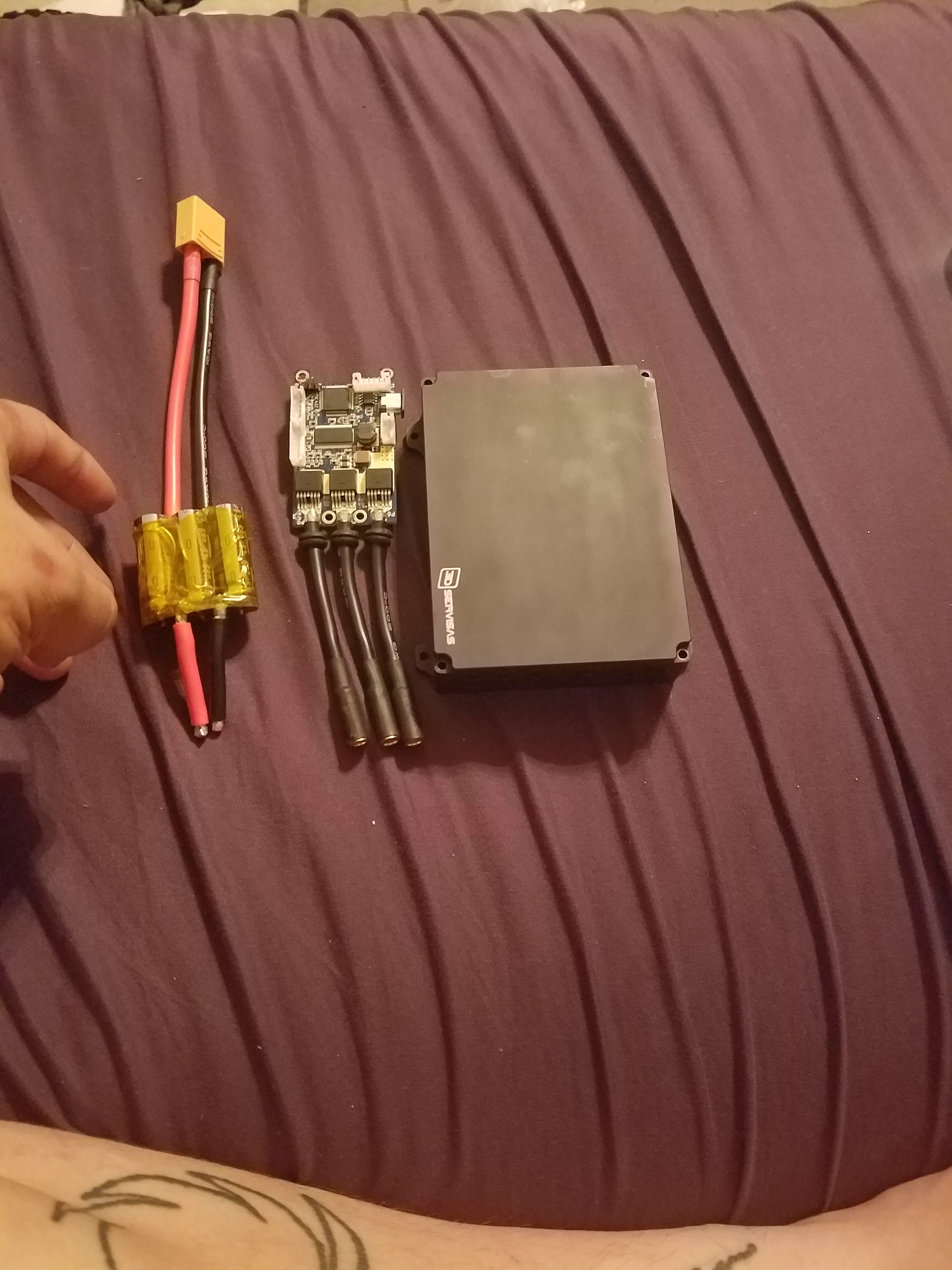 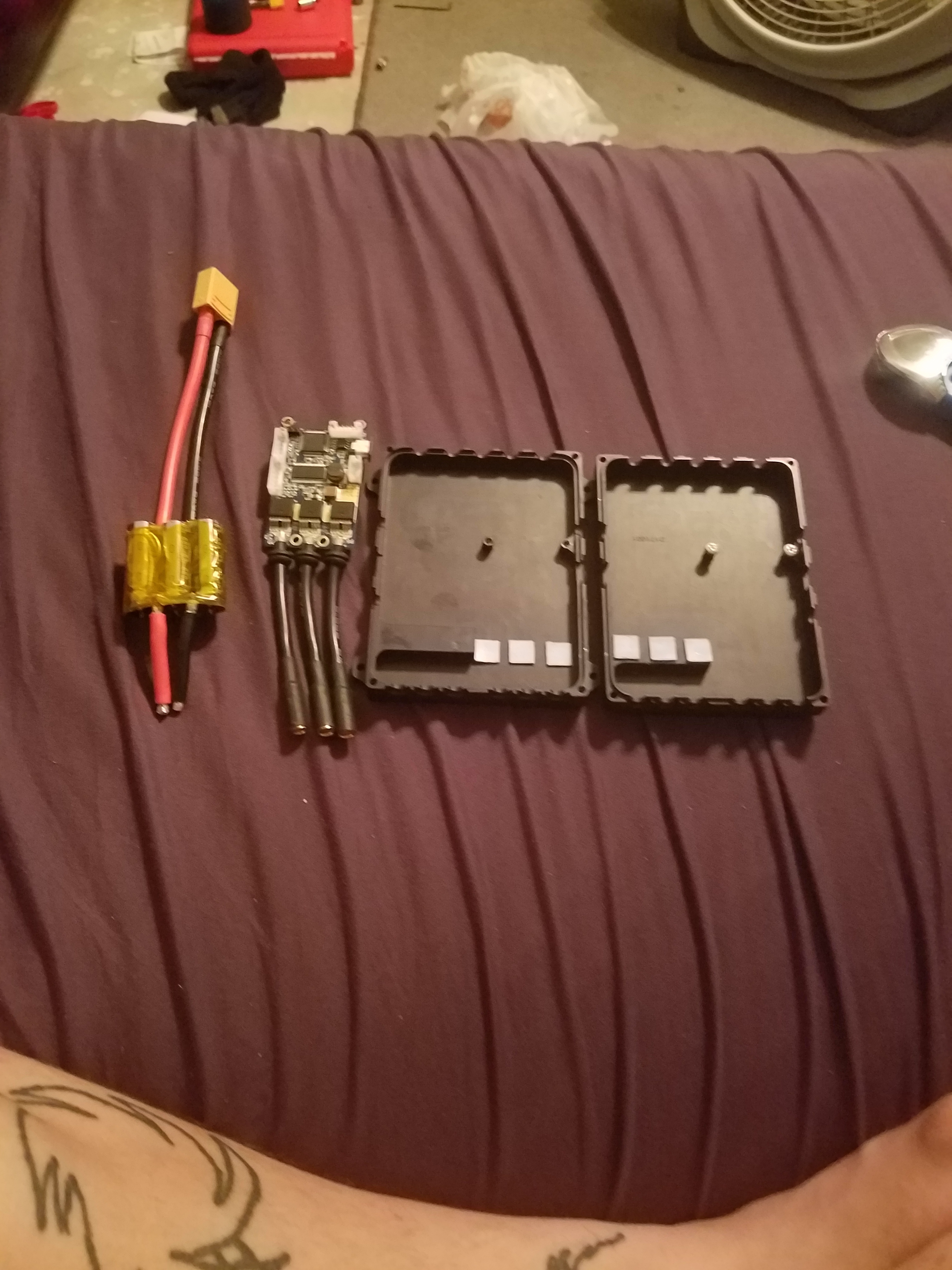 @Kug3lis 's dual case is pretty freaking rad. The highest temperature I have seen since installing it is 45 C, and that was on a 20 to 22% Hill test (hill street, San Diego). Once I let off, the temp just plummets. Great design, highly recommend it. Edit: careful with the installation, it’s critical that the fets are in contact with the thermal pads. I had this wrong initially

I like it, but the link for the caps in his post are wrong… those are still too long lol… they are shorter and will fit, but the wires will get cut… so here’s my work around in the 2nd pic 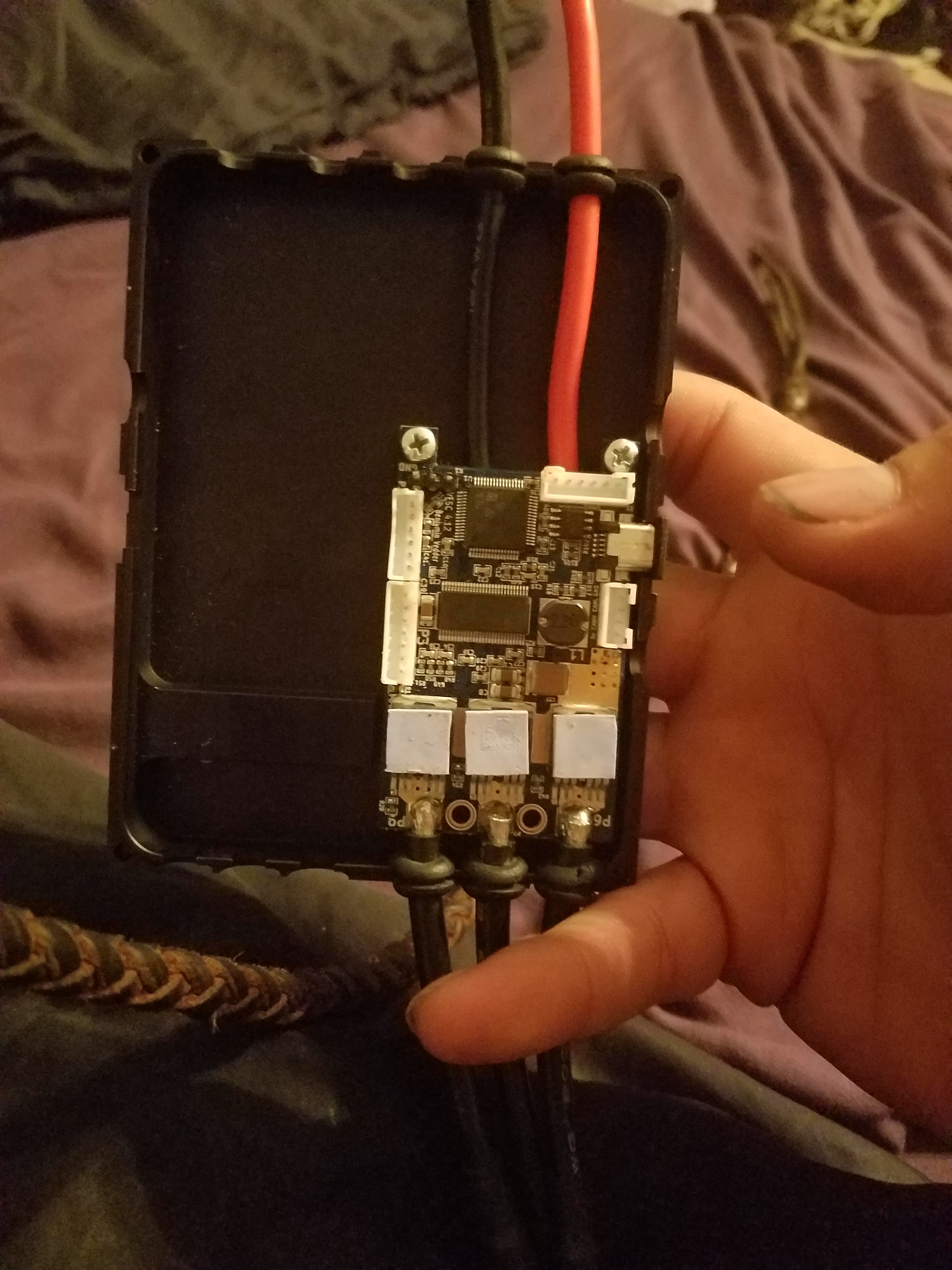 Oh my bad I was talking about the dual focbox case

Can anyone comment on the traction difference between dual and single motors for hard acceleration and breaking? Does it really matter? How much do you notice the uneven drive from the back wheels?

Also, has anyone ever had issues with belts breaking while using a 3000-4000 watt single motor setup?