That’s pretty cool. @kaly is a cool guy. I plan to build a board with batteries under the deck and deal focbox on top.

I don’t think its a good idea if you’re planning on going off road. The bottom of my board has cuts and scratches on it pretty bad. Also, it looks wayyyy cooler with the batteries on top. People take their phones out immediately to get a snap shot of you like a fukin celebrity

Why you gotta do this to me? Now im considering top mount lol Pic of your board?

Lol, you’re gonna love it dude. Also, whats the point of going mtb if you can’t even jump over curbs side of st if you have to avoid them because of the enclosure on the bottom?

These pics are from months ago, the scratches and cuts is actually worst now. You should check out @Mikeomania12 trampa. He changed his bindings to mbs bindings and off road wheels. That thing looks sick!

We need to link up this summer bro. There is an MTB track in queens that I want to shred with you guys when we get a chance to gather all the e-mtb folks.

Yea man let’s do it!

I’m down with this thread

Good deal Mike! I have heard from a few people you have the fastest board in NYC.

Hahaha idk maybe are u in the wats app group chat?

I am another Mike lol My name in the group is Griff. I live over in North Bergen, NJ. I am working on my pilots license.

Ya, I like Trampa for their sleekness but $400 extra is a little too much. That said though, I don’t know how @idea can have so much grip and power with belts drive in the woods. I have a hard time getting any power from a dead stop in Central Park with my belt drive.

I do not have problems with much grip and power with belts drive, and I drive only in the forest. I use 20mm wide belts. However, if the belts are loose, they may slip under strong braking.

I want to use a belt tensioner in the new version motor mounts to eliminate this effect.

A couple of months ago I also was like you. considering on building my eMtb. Trampa was never an option for me as I live in Singapore and initial cost and shipping (plus the tax I would be paying) make it an absolute no go. I opt for MBS because I happen to travel to Australia where those are popular in the shops. I got the cheapest I could find - Colt 90. It comes with ATS trucks which (sadly) do not fit @Idea’s setup (he is developing a mounting system for those now, but when I was building it he only had setup for Matrix II). I ended up building a 3D printed setup which I am super happy with. You can see my build thread below. I am waiting for progress (and willing to be the Guinea pig) on those mounting system from Idea. BTW I used chain drive and it rocks! (noisy too) So I finally got it all built up and tested it. Man this is a beast! Had to play around with parameters on the VESC to tame this one. What I am still lacking is a way to lower the throttle response (or throttle curve). I rode it using 25% of throttle...

I was actually just reading your build thread. Could you post pics of your motor mounts?

@Idea do you have a mount option for this setup yet?

some images of the process building it. and the final version too 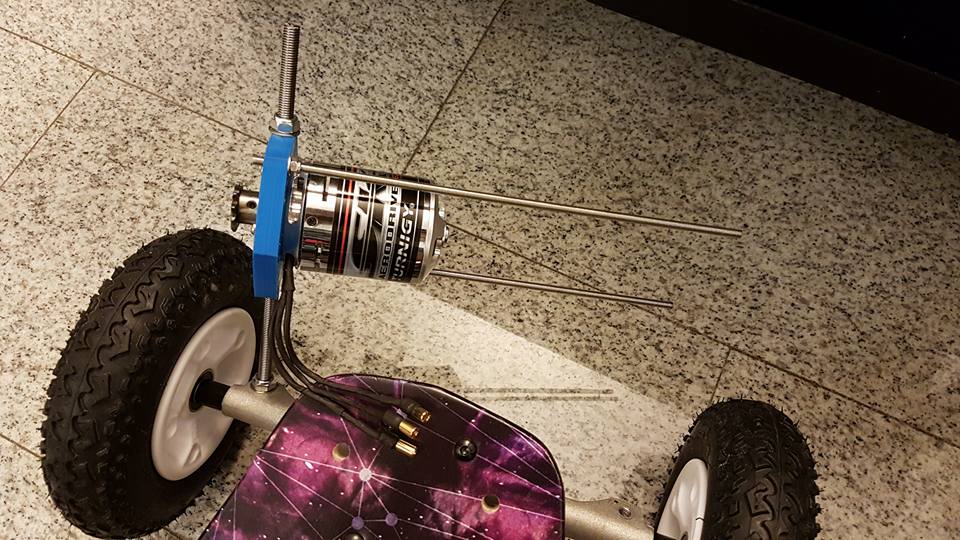 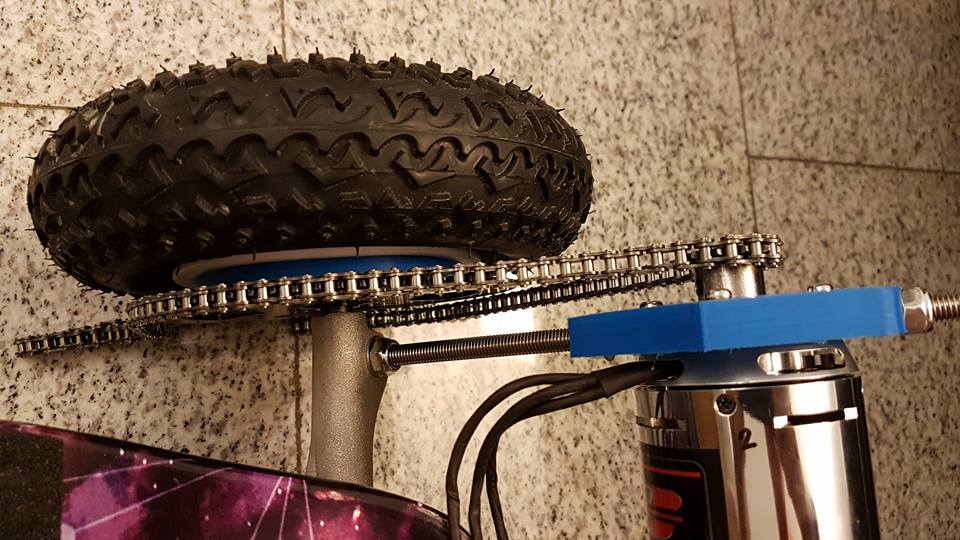 Wow, so you just used a piece of threaded rod to mount to the trucks? Does that not bend?

If you would manage to bend an 8mm rod I’d give you a prize!

plus it’s pretty short after I cut it so no much momentum forces going on there.

I’m very happy to hear this!!! I wanted to build like this but didn’t think the threaded rod would hold up.