Eboard round same price as m365 with same specs?

Any esk8 for the same money

Haha true but what are there in my budget?

That is the $64000 question. Depends entirely on you and what you want it to do. DIY or pre-built? You will struggle to build a board with that budget. Not saying it can’t be done but it will require some devious wheeling and dealing.

Pre built iv a diy board built already but the battery shit itself and sent it to get fixed by a lad off the forum in the enclosure withe focbox and bms connected and the courier has lost it so iv put a claim in…so just want a cheap board to get me round in mean time thats water resistant and hard beat the m365 for spec and price considering ill have a hyperbeast with carvons soon(hopefully)…any youd reccomend for sub 450euro?

Keep an eye on eBay. I managed a clattery old raptor 1 for close to that budget.

Meepo prob best for the money around 500

Any of the chinese hub boards are probably your only option. Nothing wrong with keeping the odd meepo round the place. I have 2. They are great little shopping trolleys and fantastic for lending out to newbies.
Either that or scan the want adds for something second hand. As @bigben suggested

The Xiaomi m365 is only 500W. A friend of mine has one, and before I had finished my esk8, I could beat him in speed by just pushing on my regular longboard

That aside, it’s a nice scooter, especially since it’s weatherproof. They sell thousands of them to scooter startups in the US, so they have such an economy of scale that the price is impossible to beat. If you do get it, keep in mind that the pneumatic tires they have are pretty bad; my friend bought an airless tire as a replacement, and replacing that tire took us around an hour XD

@iKNOWaFATman @dareno are they water resistant bro? Get lotta rain in ireland killed my last battery @rusino do they not do 35kph i thought tho …ya i seen alot people gettin punctures slime with a syringe works great

25 km/h in regular mode, 18 km/h in energy-saving mode. (Interesting that 18km/h is more efficient for them than 25, but whatever.)

18km/h is my speed when I’m not in a rush on a regular longboard, so yeah

In practice though, when cruising on a sidewalk and avoiding people, my friend usually falls behind, because the acceleration on the m365 is absolute garbage. Then again, whenever we would reach our destination, I’d be sweaty because I always get sweaty when doing exercise, and he’d be just fine.

Loving to longboard, but hating sweat is one of the main reasons I got into esk8

I have seen lots of people using them. They look really well made especially for the price. However they are too slow for my liking. I always smile under my full face helmet when I blow past by one of them at 50km/h.

My daily commute. Not a fully charged battery so top speed is around 46-47km/h. Scroll to around the 6min mark. Suck it again old geezer 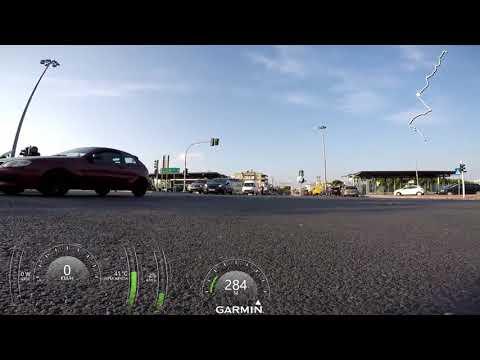 You still dealing in kmh? Come play with the big boys and use the old money. Like us old geezers do.

kind of counter productive though don’t you think?

Why? Apart from the time you need to take a dump it has all the protection an esk8er needs.