So based on my previous post, I found out that I don’t need an anti-spark loop key or a on/off switch to have a functional board/keep my electronics safe. Just to be sure, is it safe to plug your power source directly into you ESC/VESC. If not, what is the worst that can happen?

The worst that could happen is you are going to hate your board because it would be sooooo much better with a switch and compents protected inside an enclosure that doesn’t need to be opened up just to plug it in or unplug it. Not having to dig into your build to do pointless things is what makes it nice.

a rehash of the same thread/question = the same answer.

what is the worst that can happen?

it will spark. the bad part is depending on your voltage (higher voltage/series= more spark), you’ll wear away the contacts over time and need to swap plugs as the get loose and wear out.

same answer to same question in a new thread.

I just want to be 200% sure because this is my first build and I’m literally broke now. I am mainly concerned to make sure the that the $99 VESC won’t fry or battery shortage. thanks again

If you’re really concerned with money and the safety of your parts, put the project aside and save up more money to get a proper solution rather than rushing into getting the board running.

And keep all of your questions to one thread.

If you’re absolutely set on doing it as cheap as possible, at least get something like this, it’s $5 at Lowes and has worked for me on 12s for the past 6 months. 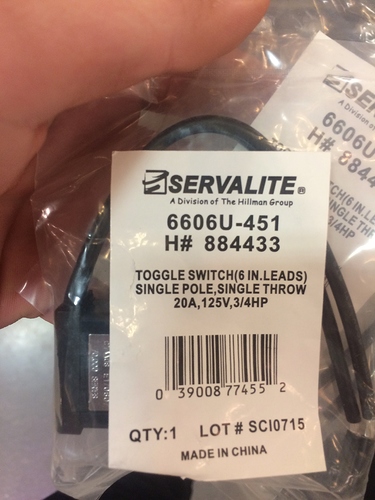 I tried doing the whole plugging and unplugging thing for a few weeks, and like others have already said, I got tired of opening up the board, and it destroyed the connectors pretty fast, to the point where it would have cost me more to replace them repeatedly. (see @onloop’s False Economy Post about cheaper parts costing more in the long run).

If you are broke I don’t see why you aren’t using a 5$ anti spark loop? They are cheap, reliable, and simple.

Sorry but you are going to have to learn to solder at some point. Better now then later. Soldering is a basic skill needed in esk8 and other things… if something breaks you need to learn how to solder. Buy a $20 soldering iron and go crazy until you get some good connections. Just my 2 cents.

If you’re really concerned with money and the safety of your parts, put the project aside and save up more money to get a proper solution rather than rushing into getting the board running.

Cant agree with @Jinra any more! My main problem when building my board was that, well mainly I didnt know what the hell I was doing, but also I tried being really cheap, as well as trying to do it quickly. Dont make the same mistake as I did and be cheap ive only ended up spending more money. A great solution is a XT90-S loop key, cheap and gets the job done. Though if you want a even better solution look into a MOSFET switch similar to the one I sell… (definetly not self promoting

I get were your coming from, soldering can be hard when you start but youll get better over time. The main thing to do that will make your life SOOOOOOO much easier is get a NICE soldering iron. I got one for like $30 off eBay and dear god has it made my life better, you have no idea how big of a difference a nice or even decent soldering iron is. THIS is a very similar model to the one I got.

EDIT: also get some nice 12AWG wet noodle silicon wire its awesome to work with!

Just like smorto said you have to learn how to solder. DIY esk8s aren’t plug and play toys. My 10e 80w solder iron has been great on my use.

Luckily I found out that my dad has an old soldering iron in our garage that he barely used. Does anyone know the best soldering material for electrical connections? Thanks

If its just a old one like THIS run, run far away. Though if its really all you have it will work. Best soldering materials is well, solder. You can either order some off Amazon or eBay for pretty cheap or if your in a rush go to a RadioShack if theres any left. Maybe theres other stores that carry solder, idk.

It is in fact the exact same one as the picture

I made it work after some time and got some practice in. Anyways, does a wire have to be a certain size to allow a certain amount of electricity to flow through it?

It’s not really down to the voltage level running through it, it’s the current you have to account for. More current = more heat, more heat = possibly melting your wires.

If we’re talking eSk8 voltages, (anything under 42v) and bursts of less than 120A current, but constant current of around 40-60A then stick to between 10 & 14 AWG wire. For reference, that’s slightly thicker than a single core in your average household appliance power lead by a couple of mm at least.

For cheap inline switches, you can go with a single throw switch, but you may find you’ll need to replace it after an undermined amount of activations. Go for a high current rated switch 20A or more if you can. You’ll still get a spark, (inside the switch) and you’ll still get a sudden rush of power to the caps of your VESC, so it’s not anti-spark, and may in time harm your VESC. However what will happen is that the mechanical parts that actually make the switch connect/disconnect will degrade over time (through the sparking) but also with higher current draws that it’s rated for, might actually start to melt the metal. 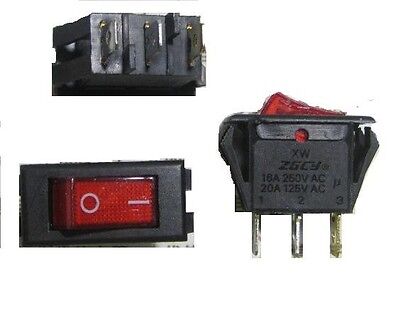 If you really don’t want to do any soldering whatsoever (although if you’re in the maker-space you really need to), then get an XT90 anti-spark connector from eBay/Amazon, and just use two screw-able electrical connector blocks screwed on to the two terminals and then loop some 12awg wire between the two terminals.