Give it a shot mate…let the imagination fly

Idea: some wood and Kydex…do you think you can figure out a simple enclosure from that?

Ooo possibly, I have seen a few Kydex enclosures on the forums but I have no way to vacuum form it so I’d be doing it by hand I think. Also no wood crafting tools on me so I’d have to get those as well

All you need is a saw for the wood and an oven for the vacuum forming thing. Heat the plastic in the oven the make a jig from some wood and presto! 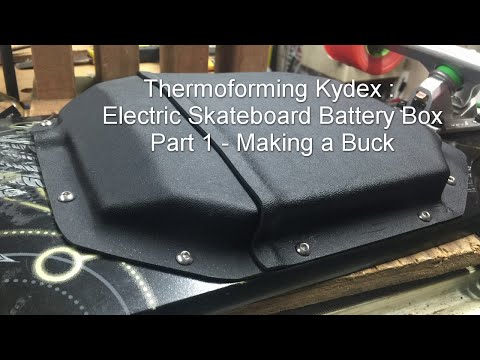 for a shirt … no vacuum …just cutting bending…and wood thick wood strips and screws… how could you make an enclosure out of that if you had nothing else?

Actually, now that I think of it, it might be a bit easier than I originally thought haha

Sometimes based on where you live it’s not easy to have access to stuff you would need to do it properly…no shame in that. This is DIY… we think outside the box

I just put myself in your place

I attempted to copy this guy’s work but it’s not that easy. My project did not looks as good as his. I ended up trashing it and gave up.