End of the Single Drive FOCBox 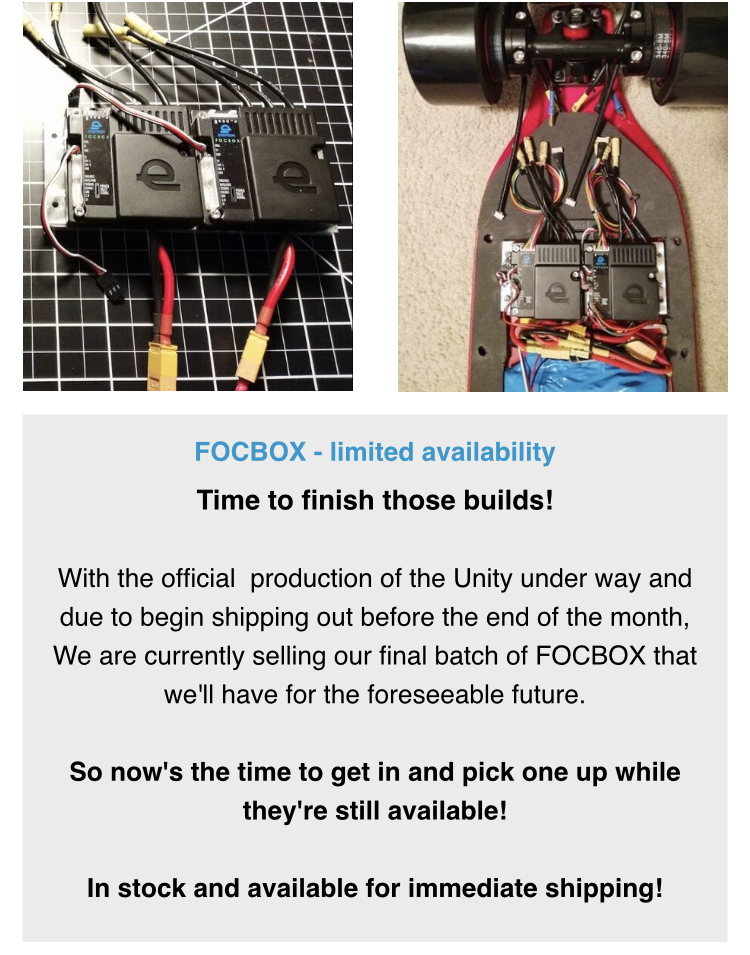 Does this mean all single motor builds are gonna have to rely on a VESC 6 or similar now? Really wish I didn’t have to say good buy to the single FOCBoxes in exchange for the Unity.

Could we somehow get the FOCBox manufactured by someone else? Maybe they can open source the design now that they have moved on to new tech! Probably wishful thinking of course.

Interesting issue. I was recently speaking to someone about a build and I assumed they were on dual. 15mins into convo, I realized he was making a single build.

Also, what about dual diagonal guys, obvi ollinboard has their own solid solution.

Are Flipsky VESCs as good as FOCBoxes in terms of reliability?

No they are not

Well you could still run dual diagonal with a unity, you just need one set of motor wire extenders for the front. That said I started on a single build so I get why it annoys people

Had the inside tract on this… Its a little heartbreaking

they are one vesc or two glued vesc?

Can I use two vesc and insert in parallel on circuit and I’m ready to go, or I need to buy a double vesc?

Focbox unity is a double vesc. You can use 2x single vesc and connect them via canbus or use ppm splitter

Pedro is a troll.

Even though im making dual drive boards, i wont use the Unity.

They should really consider keeping it, so many people like me and so many using it on single drive boards.

Also if one of my vescs breaks in few months, im more or less forced into spending top dollar for a unity

And people would most likely try to sell them at a premium though, already now people want 100+ euro for them but thats what they are priced at brand new on enertions website at the moment.

I appreciate that but it’s all about supply and demand. Currently it’s arguably the best product when you take price and quality into account. Soon it’ll be superseded by the unity. People want the latest version of a product and don’t want to sit on the old one.

Have some faith! I think we’ll be seeing them on the market for much less and you can stock up.

no serios it´s sad but on the place of enertion it really makes more sense to discontinue the focbox. and there still focboxes on stock, so let´s see how long they last aaaand after, who knows what else 2019 will bring us…

Can’t say I’m happy about this.

@Deodand spill the beans. There’s a smaller profile focbox single coming with integrated Bluetooth and a power switch isn’t there?

for me, the key phrase here is “final batch for forseeable future”… which to me reads that they will push and promote the UNITY (and why wouldn’t they) and see if it affects their sales. After a certain amount of time they will see if they are inundated with requests for single focboxes or whether it was a smart move to unify (get it) the system. Whilst the UNITY is being launched it would make little sense to have single focboxes for sale, canbussed together into a dual setup, which would cloud their vision of simplifying things.

I get the arguement about having one big thing to break rather than two discreet things, of which only one might blow, but hopefully the new double unit will be reliable, and because it wil (should) be easier to setup and configure there should be less failures anyway ???

(plus I have 2x spares anyway, and a UNITY on order, so right now it’s not a problem for me) 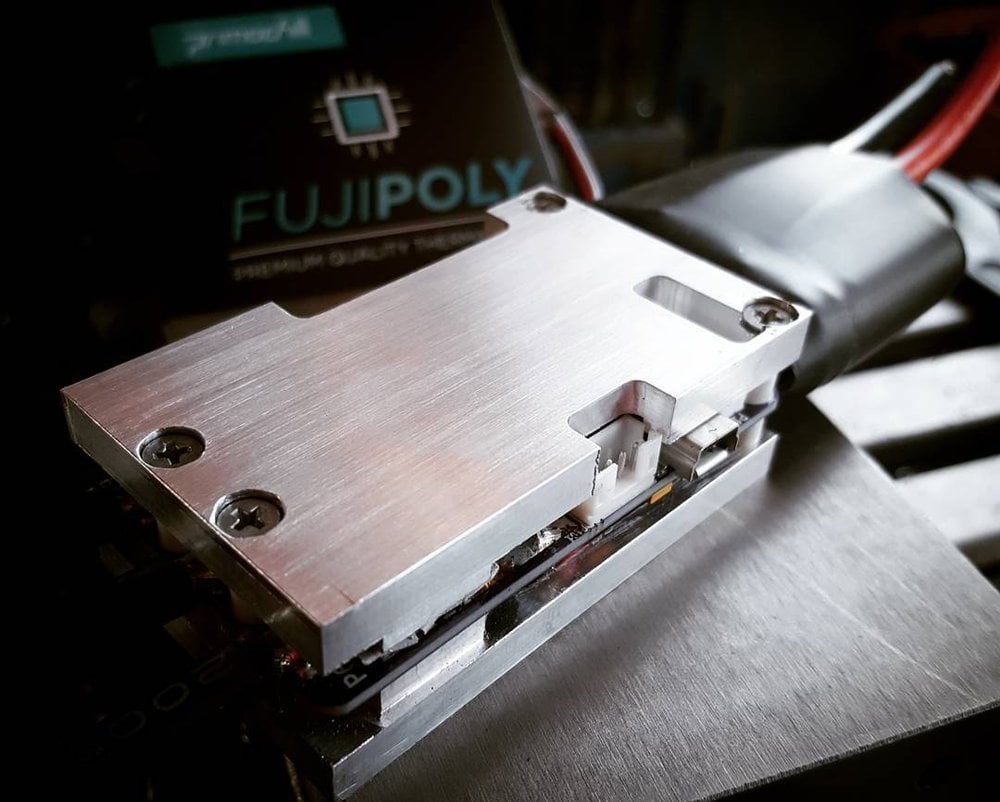 Save over $50 off the original $220 price. US customers also receive free shipping! Based on version 4.12 VESC firmware! Features the latest...