HERE IS MY REVIEW, FEEL FREE TO POST YOURS.

Hey all, I’ve had a raptor for a few days and I wanted to post a few first impressions after a couple of days of riding. Many of you may have seen me posting here, but for those who haven’t I have had (or tried out) quite a few E-boards. I’m was an avid skater prior to E-boarding. About 3 years ago I started doing downhill but transitioned to E-boards. I’ve had boards such as the boosted dual plus, yuneec E-go, a custom LHB build, and now this raptor. Future plans faster and faster builds

I’ll keep my comments short and break them into a few categories, these will be updated over time:

Warranty/Customer support: I cannot comment much on this. I don’t want to jinx anything, but the raptor has been solid so far. If there are every any issues I’ll update this with how good the customer support is. I will say Jason from Enertion has been responding on the forums, and Enertion Support usually gets back to your emails but they take a long time and often times they just miss seeing your email.

Delivery time It took slightly over 3 months from my order date, but that’s fine. I understood the challenges Enertion was having getting VESCs. I’m sure in the future their stock will be much better and their shipping times will be way faster.

Quality control/Packaging All the nuts and bolts were done well. The wheels were tightened perfectly, usually they’re either too loose or too tight. I was missing 2 screws for the lid, which didn’t effect anything but still they should be more careful about things like that. Instruction manual for board was sufficient, but instruction manual for remote would be helpful. I already knew how to use it though. Packaging could be better, just simple bubble wrap in a cardboard box. I guess I shouldn’t expect apple like packaging.

Aesthetics/handling This is usually a personal preference, I always love black and red. But I was very impressed with the raptor. It looks better in person than the photos. The carbon fiber deck design is awesome. The integrated enclosure for the battery gives it a super clean look. I’m glad it has a kick tail, they’re beneficial in my opinion. Weight is pretty acceptable, it feels the same to me as the boosted dual plus. The handle is a nice touch. I’m not sure if the bottom of the board will stay this pretty, I believe the motor mounts will start to get scratches and scrapes pretty soon from rocks etc. I would recommend riding over smooth roads without a lot of rocks/debris.

Performance This is where the raptor shines. Torque and acceleration are unmatched by ANY other board I’ve used. I don’t have too many steep hills where I am, but I tried going up a few moderate grade hills and the raptor destroyed those hills. I’m about 64 kg and I hit a top speed of 27 mph on flats, and have hit a max of 30 mph on a slight decline. See my test in the video at bottom of this post. The top speed will satisfy most, be too much for some, and 1% of the market may want more (because they have hit higher speeds while doing DH before like me…or because they are crazy risk takers). The brakes are strong. Also note that there is NO reverse, which I’m 100% okay with because you don’t ever need reverse.

Throttle response VESC settings are great. It has the killer acceleration I was looking for, yet you can still go slow if you want to (see my video). It’s not as smooth as something like the boosted board’s remote though, that’s the one thing boosted has going for them.

Battery life/Range Battery lasts way longer than a boosted board would AND it’s easier to swap than the boosted battery will be in their V2. It doesn’t have a ridiculously long range, but it is sufficient for almost everything. All I can say is the range is enough and I’m 100% satisfied with it. I’ll update this section with real world figures soon enough.

Reliability To be determined. I know other people have issues that Jason from enertion has been resolving.

Other things I liked so far I can almost use it as a normal longboard, there is not a lot of resistance from the drivetrain. I show this in one of my video tests. The range of the remote is pretty good, all that someone would need. The raptor also ships with this protective guard around the nose and the tail, I’m going to keep those on as long as possible. I like to stand the board on it’s tail and I’m glad that guard is there rather than the nice carbon fiber. I like being able to see the charge on the board just by looking down.

Things I didn’t like I have no idea why this happened (maybe a loose wire connection to the VESC?) and I cannot replicate it, but one of the motors randomly just went out. The board felt sluggish and slow. This was resolved by turning the board on/off. It has not happened again (and hopefully never does). One of the holes in the board for the lid was stripped so you cannot put a screw there, but it didn’t really effect anything since there are so many other screws holding the lid in place. Dust gets inside the enclosure through the openings in the lid so I clean it often. The cruise control is a gimmick, doesn’t work well. The stock wheels are too hard, HIGHLY recommend upgrading to abec 11 flywheels…83 mm 75a durometer.

Overall thoughts I’m extremely happy with this board as long as keeps working! I think @onloop from Enertion has created a very efficient drivetrain. The dual motor drivetrain, the gear ratios, the battery, the VESCS, the trucks, the wheels all work well together to give the rider an awesome experience. I could describe it as beautifully simple, because it really is. You can easily see how it’s all put together just by lifting the lid to look at the electronics and by looking at the motors mounts carefully.

Here are some of my videos and tests. Subscribe to my channel if you want to see more videos and comparisons with other boards (like the boosted dual plus). 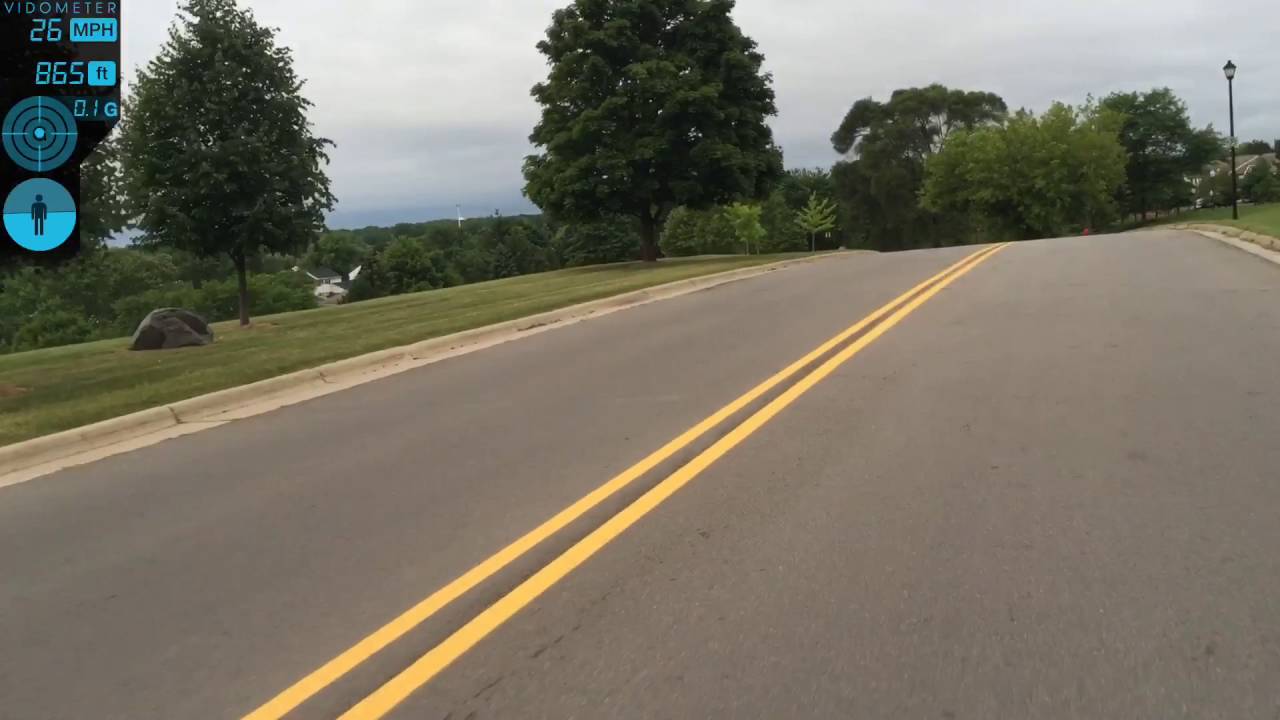 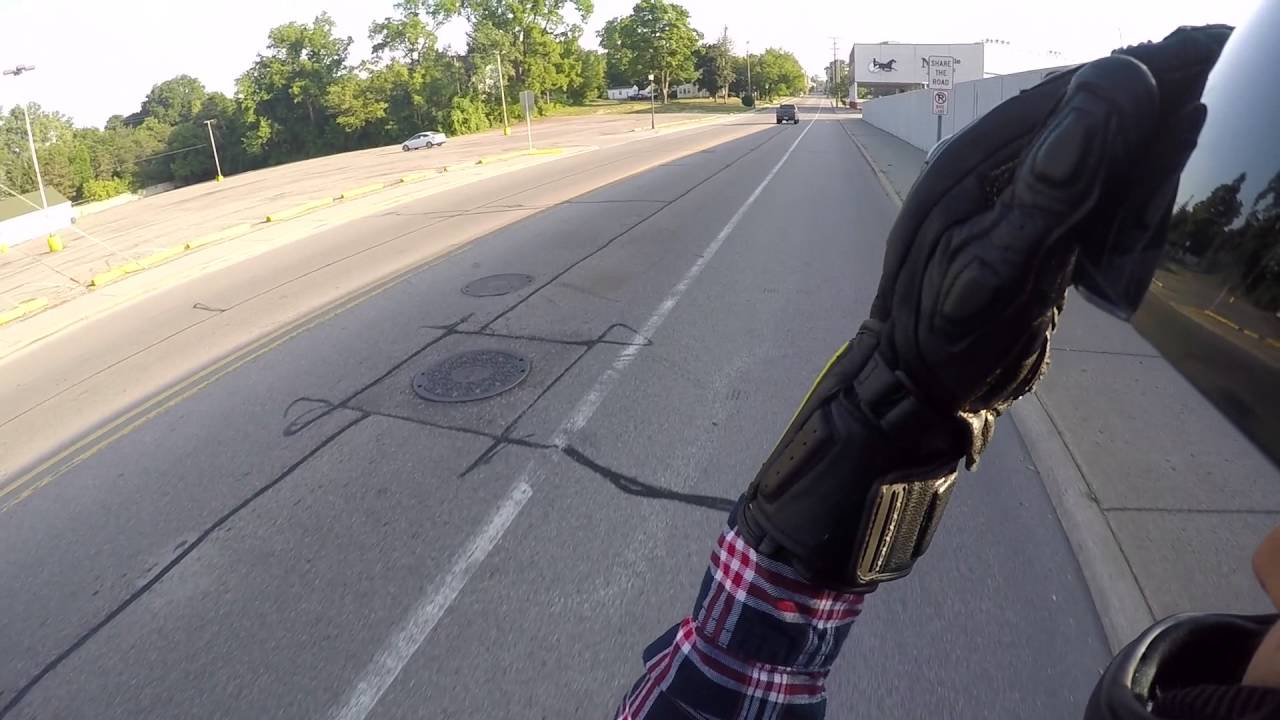 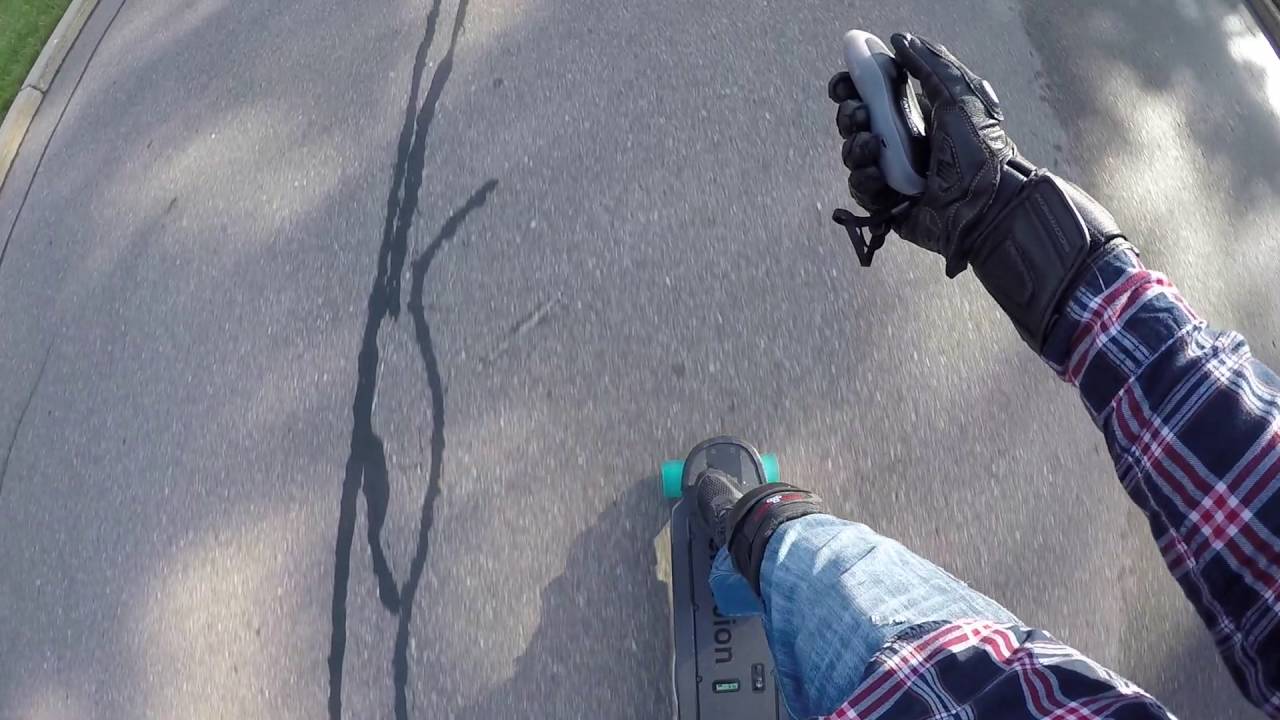 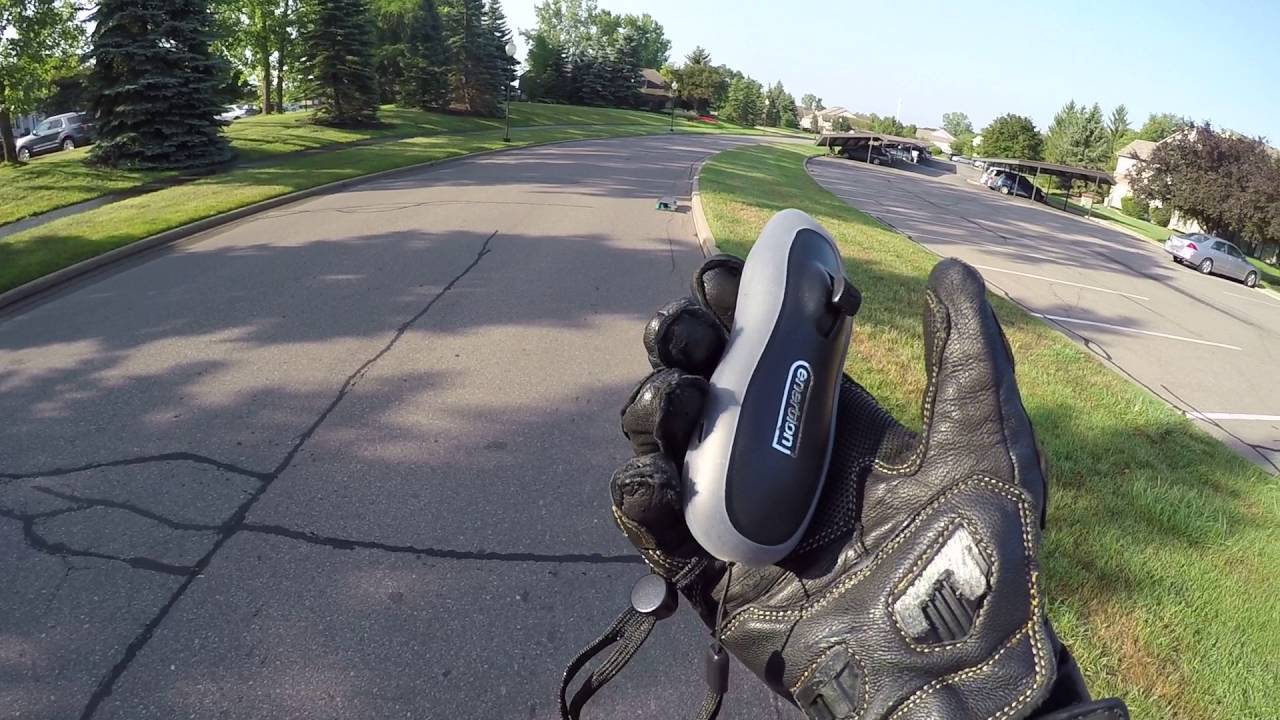 And just plain shredding the streets! (check out how I pass that road cyclist) 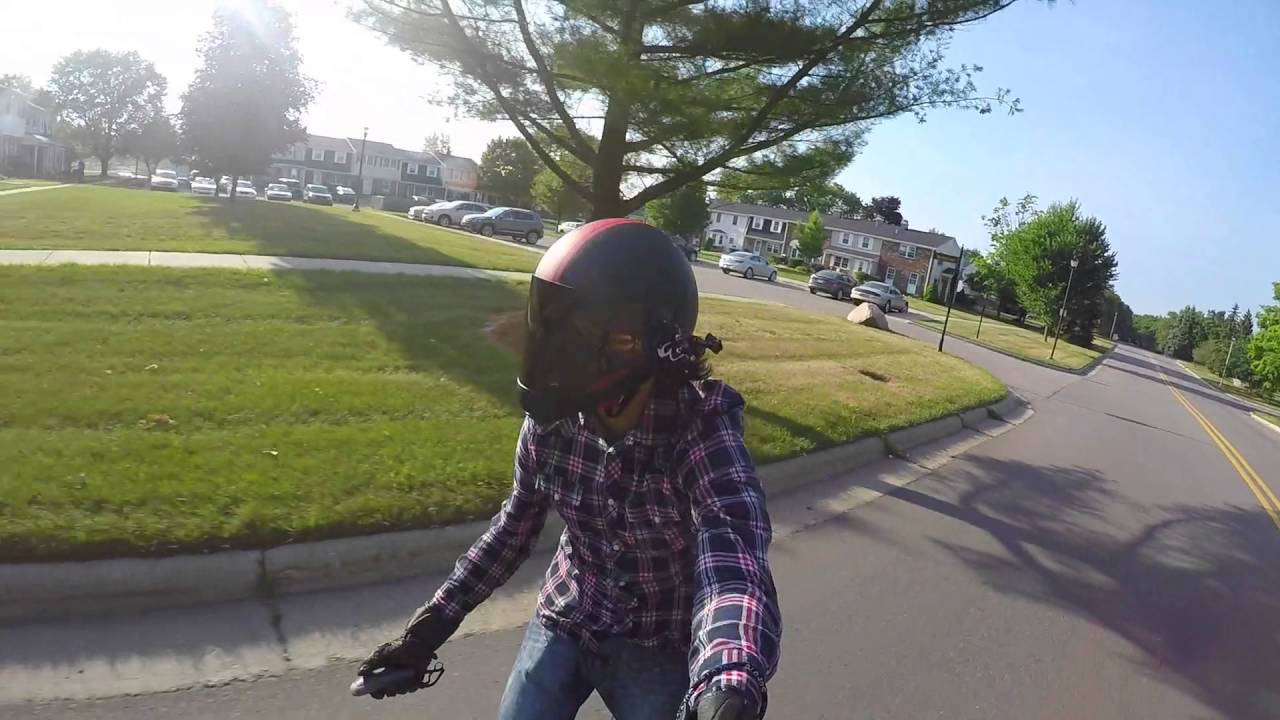 Thanks for this Thread, I think we really need a seperate one! Mine just arrived (though the remote is still on the was). 100000+ for the great look. It looks so much better live than in pictures. Pure awesomeness!

I rode it on every rough surface i could find for the last 2 weeks, it held up very well. Only two small scratchesa in the aluminum on the motor mount. Nothing on the CF surface, even if there were a lot of rocks fliying into it.

I changed the Flywheel clones to proper flywheels, that made the ride way smoother.

Please can you elaborate a little further on the mod you’ve made. I also have a Raptor Duel en route (#4808) and I’m very curious about this flywheel thing you’ve done? Seems rather odd these would come with a part not up to par…

Yeah, I’m just worried about getting one hit and it being inoperable at that point and having to get a replacement. I guess I won’t have to be on the sidewalk often anyway since I’ll be going so fast : p

We already had one, but I agree that it’s messed up

The Enertion flywheels are harder (Around 85-87A i think).

As they are softer, they dampen rough surface much better and roll smoother. Less vibration means less stress on the components and on your feet.

I thought the enertion clones were 80a, but yes good call on getting 75a flywheels. I always like a softer durometer better for more grip, and smoother ride.

He is talking about the wheels. The wheels that come with are okay, but he upgraded to softer wheels. Softer wheels are better to make ride more comfortable since they absorb more vibrations. They also have better grip. It’s easy to upgrade wheels, get same size ABEC flywheels. You will have to open up the drivetrain though and put the wheel pulley in the new flywheel.

I only ride on smooth surfaces, so the stock wheels are fine for me. But if you have roads that are rough, softer wheels are better.

thanks for te info. appreciate it.

Yes, on paper they are 80a, but they feel much harder than that (as most clones do). And i beat them really hard. The harder wheels get scratches really fast. Ah thank you bro, for a moment there I was imagining a tiny little weighted disk thing spinning around, kinda like a flywheel on an old combustion engine, but this makes way more sense

and far easier to install if need be. Guess I’ll try the stock wheels and see how I get on, but it’s great to know this is an option. I’ll be using this Raptor Duel as my daily commuter around Brighton (UK) where its super hilly and the roads/sidewalks are either pavement slabs or tarmac, neither of which are particularity “smooth”…

For anyone curious what a raptor looks like with abec11 flywheels and black trucks. nice! which trucks did you use?

Have you installed something under the lip of the tail?

Does the Enertion wheel pulley fit easily into the ABEC Fly wheels?