Just wanted to share the final iteration of the gearbox eMTB setup.

It took only two days to assemble, but prior to this we needed some months for testing of different versions for reliability, performance and sustainability. After going through countless iterations of the gearbox this is now the final version. We tested in rain, on grass, in the woods, on gravel, pavement and on the North Sea beaches. Real world tests. And it is definitely splash proof - there are a lot of rainy days here, so this makes sense.

Main challenge was to get the box sealed and quiet. Also keeping maintenance efforts as low as possible. It’s greased with industrial grease used for elevators, which is proved to be very sustainable.

So, why inventing something like this - there are plenty of solutions with chains or belts? The main reason for this was to get a closed system in place where it is unlikely that grass, small branches or gravel is damaging the drivetrain.

The motors are sensored providing an excellent acceleration from a standstill, especially uphill. They are designated for 10s and deliver a lot of torque, we measured a high speed of 54,8km/h.

We will start selling the kits starting next week, containing the complete drive system with motors, wheels, trucks and gearbox pre-assembled. Might be around 1150€ for everything on the rear truck. It’s not a cheap solution, but at the end it’s a lot of fun driving it! that is awesome. Looks so neat. Are there gonna be different gears available? Incase we want more torque over top speed and vice versa?

Thanks, it is very easy to do this, since the motors mounting system allow the motors to be adjusted for different gearing. So by changing the motor pulley and/or the spur gear this can be achieved.

Depending on demand we would be able to offer different options.

Final tests on grass…! With dog. 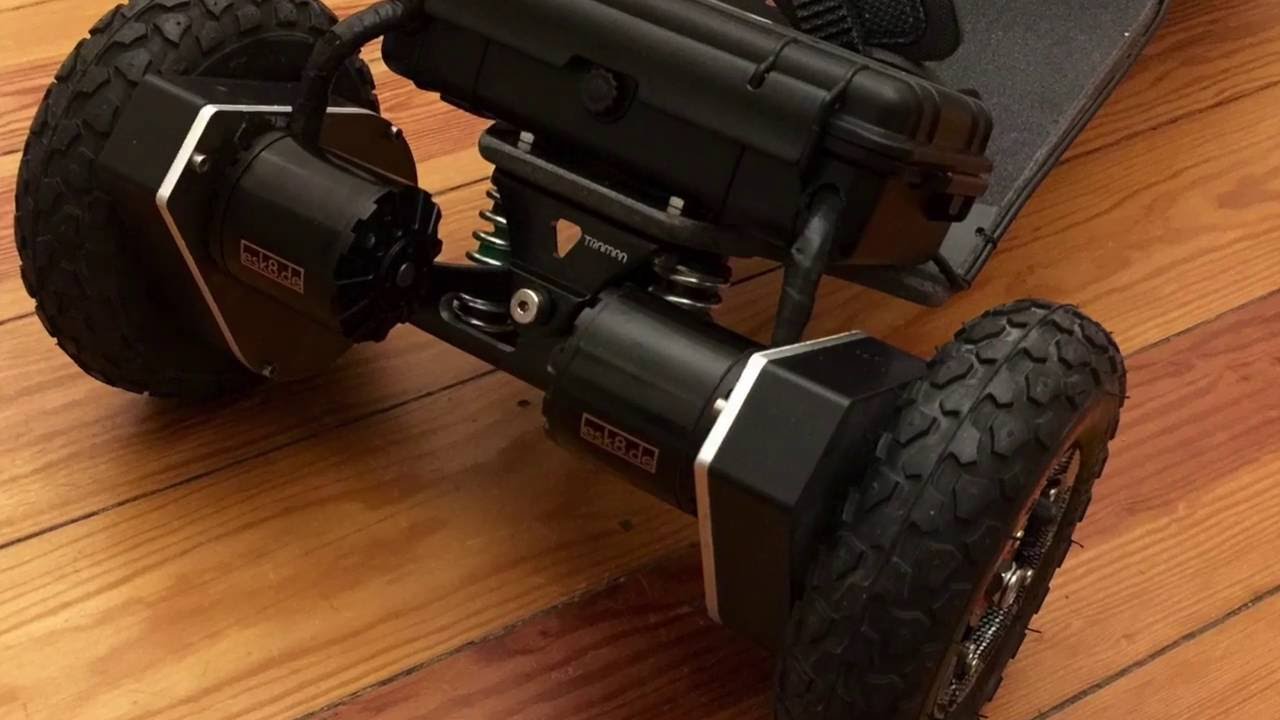 Forgot to mention the overall wight of the board: it’s 13.4kg including everything. So the direct drive with both motors is quite light weight.

Since we have tested it intensively it’s now up for sale. Including all parts (including truck, wheels, motors, mounts, gearbox, etc.) and preinstalled @ esk8.de.

So it’s just about swapping the complete back truck and mounting the already installed system.

EDIT: We will cover full warranty on our VESCs when used under FOC and 10s with those setups! It has been tested for more than 1000km and it works without any issues!

that is a badass board and looks super-clean now. its good to see this kind of evolution.

Can you ship it to Singapore?

Just cause make just like you next year. Got enought clearence beetwin motor wires and esc/vesc ?

Got after somes km your motor wires will be … Where did you find these boxes? Where is the board for sale?

I self have make the print but it was not so good for the Gearbox what we produced.

In Januar we will testing a new Generation of Gearbox.

I think that was the lightest Gearbox what you can became.

The Actuality Gearbox what we sell have 650gr pro side, together 1300 gr

Without Motor and Trucks.

And the new Generation Gearbox have a fully enclosed housing

So was the Motor also protected against

We want make the best Gearbox for MTB what you can buy.

The first Cover we have milling completely out POM.

That was a little bit difficult, so that we have resolutely

we make a frame out POM and we screw it on the Motorholder.

And the Cover too.

So we can reduce the costs.

we think about it that we build two versions. The new gearbox we build at esk8.de was the motors protected Ultralight construction Super stable And I hope it will not be hard to copy it. Just like some people do our first gear already successfully replicate Thank´s for your Likes

Have a great Time. 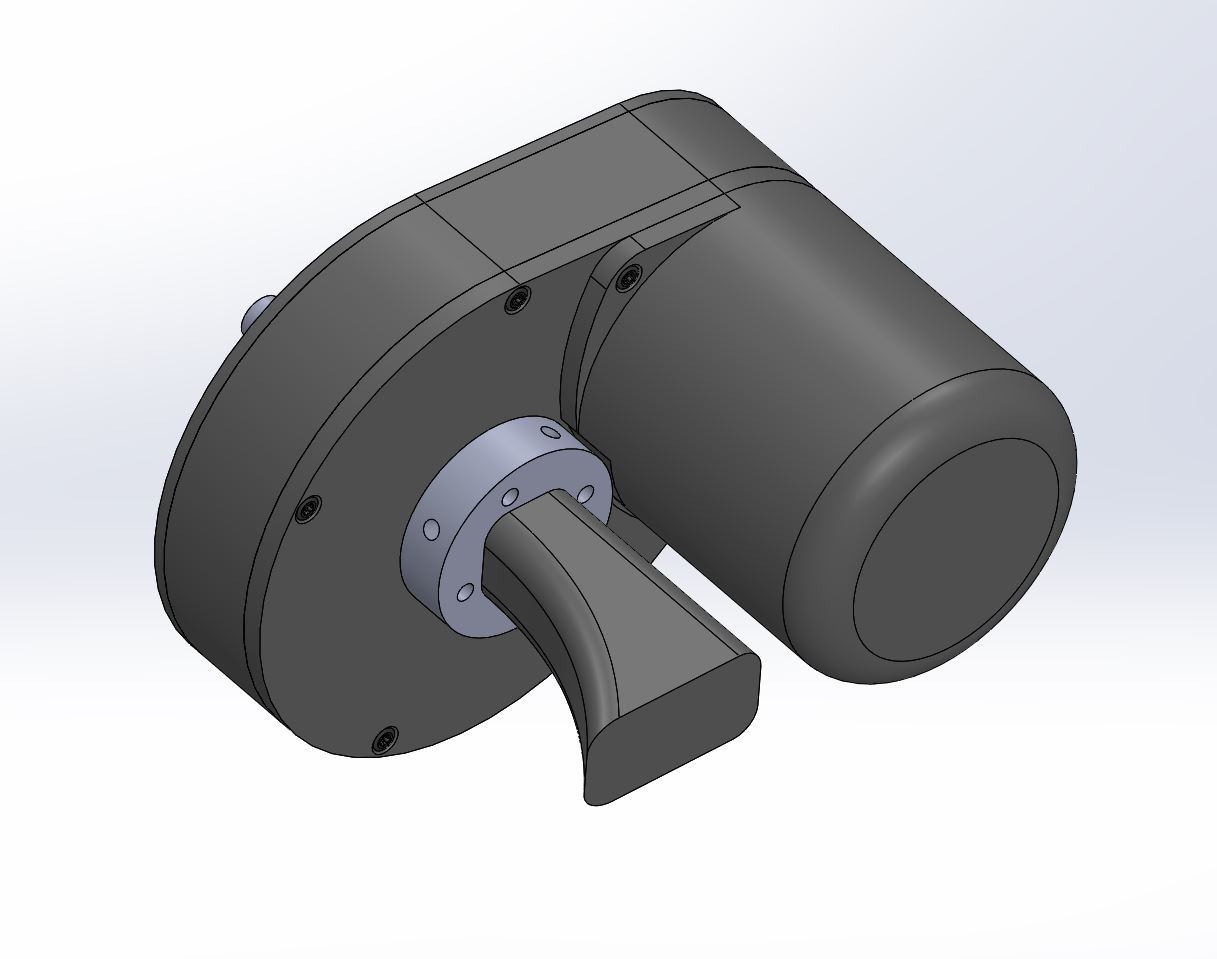 heat transfers through the mount to the outside i guess, so its probably not an issue? wordt case you can have heat fins on the aluminium mount!

heat transfers through the mount to the outside i guess, so its probably not an issue? wordt case you can have heat fins on the aluminium mount!