Evolve style trucks and AT wheels

So yesterday my friend and I went to Evolve in London to test some boards. He purchased the GT Carbon which he loves. I made my esk8 and I’m now looking to change things.

He has the AT wheels and I’m going to need to get the same. Does anyone know if there is a better option than the kit they offer? I’m happy to spend the £170 but I ideally wanted something cheaper. Or is this the going rate?

Tired of the beaten path? Then blaze your own with the Evolve GT AT! In mere minutes you can swap to the GT AT kit, and charge on where the road ends! You will see footpaths as purely optional, gravel tracks will become rally stages, and that...

Also, I loved how the Evolve trucks carved. Does anyone have some second hand ones they don’t need? Or maybe an alterative brand?

I’d like to keep the overall cost as cheap as possible!

Does anyone know if there is a better option than the kit they offer? I’m happy to spend the £170 but I ideally wanted something cheaper.

Better and cheaper don’t often work together. The evolve AT kit is just about the cheapest ones you will find. They are pretty good too. I absolutely hate the GT trucks, ts like they were engineered for slop. If you don’t over 15mph they might be all right.

When I say cheaper I really mean “same ones without the branding”. We all know that as soon as a brands label is slapped onto something they shoot the price up. Either way, I was happy with the AT wheels when I tested them so I’ll get them.

I’m currently able to get 20mph, maybe more, out of my current setup. I plan to get at least 25mph out of it when I start to do upgrades.

I’ve got Caliber II trucks at the moment. Do you think the Evolve AT wheels will fit on without an issue? I felt the Evolve trucks was so fluid in movement. Didn’t experience much wobble either.

I don’t know if the will fit C2 trucks, I’ve out them in evolve trucks and TB 218 trucks, nothing else.

I am riding GT trucks with AT wheels all the time at 33km/h ~ 20mph. I must say I really like them.

I think it might be safer for me to take my friends ones off and try and fit them to my setup.

I thinks there is a myth behind the GT Supercarve trucks sloppyness. Veterans seem to hate them arguing they are no good after 22 mph, but Evolve sells them by the thousands around the globe. Is arguably one of the most popular trucks in the world happyly serving esk8ters for millions of miles year around. So? The trucks are ‘that bad’ but still hundred thousand costumers still used them? C’moooonnn!!

I’m not saying they are that bad, they are great carvy trucks. They just aren’t high speed trucks. The set I had were the same everyone had and I tried 100 bucks worth of bushing to make them stable, I don’t think it can be done, at least I couldn’t. I would start to feel the wobble and sluggish rebound around 15 mph and it just got worse the faster I went.

I’ve never had issues with stability, but I also never exceed 30mph on any esk8. I like the DKP trucks.

Too each his own, I’m prolly just spoiled 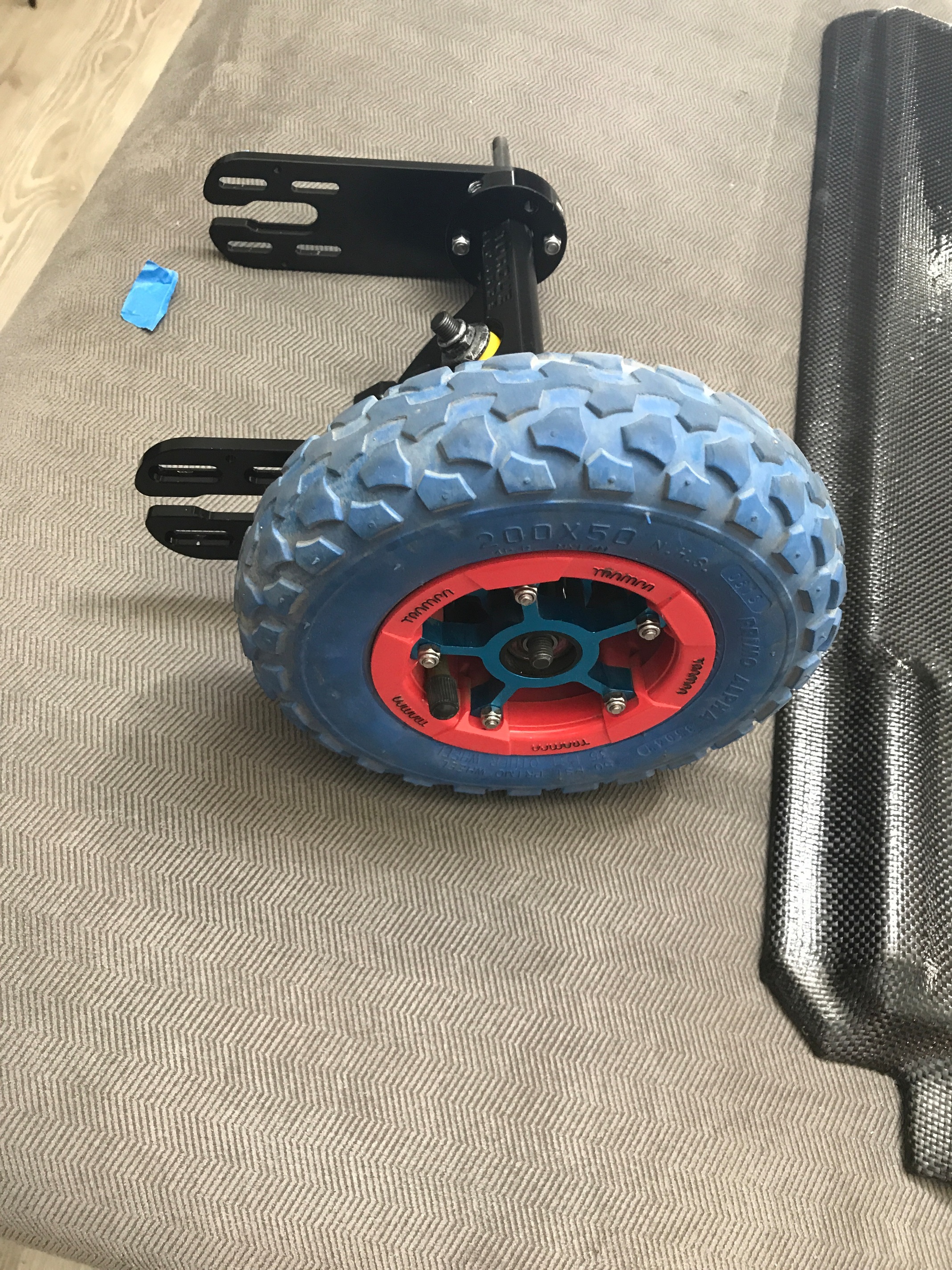 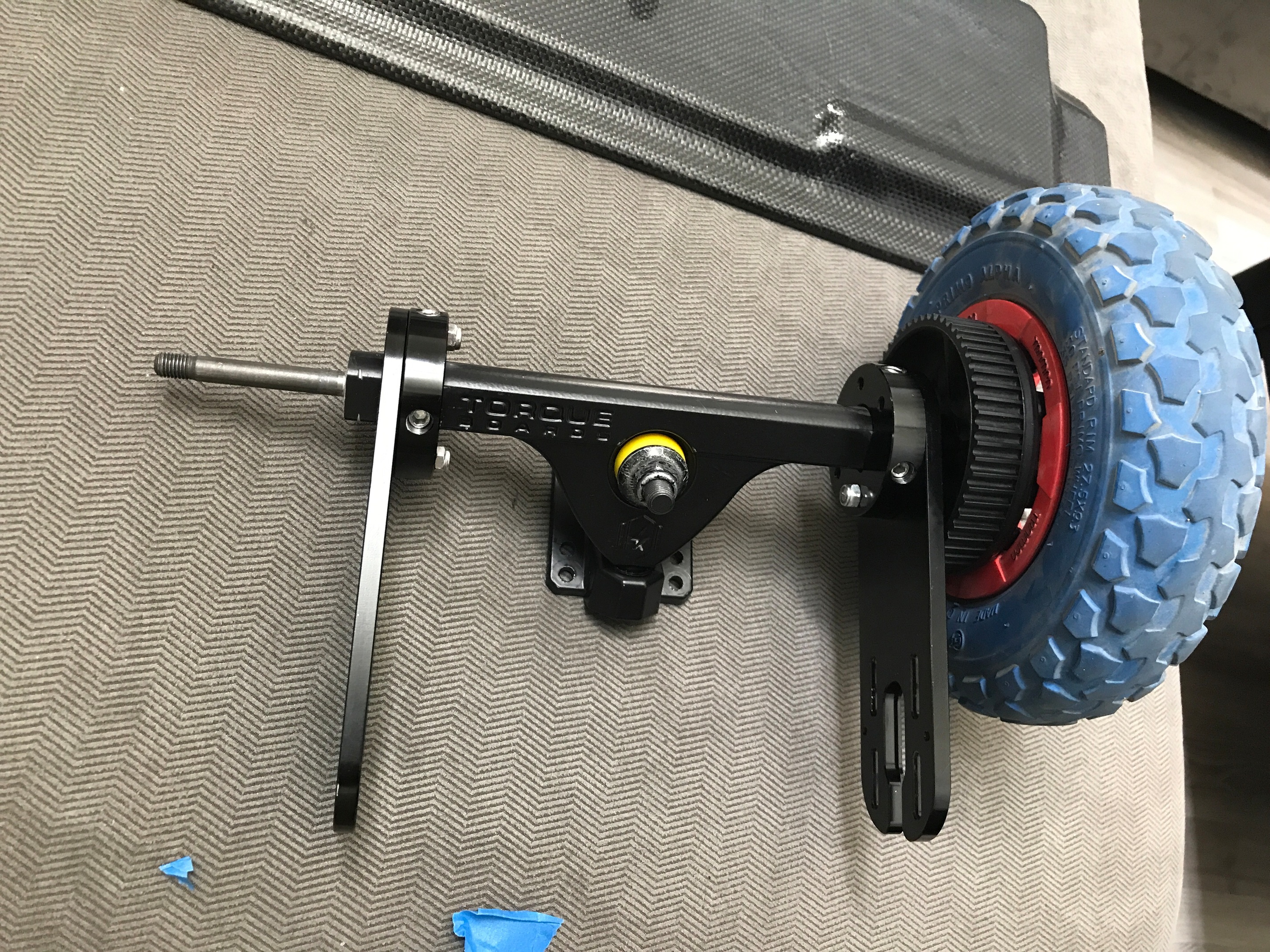 They fit. You have to cut Some of the hanger off. Theses are TB 218mm hangers btw.

I agree, I like the evolve trucks. I have had to spend tons on bushings (I have a library of 10-15 different ones) to find the feel I like.

I really like the idea that came up in a thread recently of using DKP front trucks and RKP rear trucks. I need to try that… or maybe someone that goes over 30mph needs to try it LoLz

I love dkp trucks. I have a set on my analog board. (Gullwings) Stable as

I really like the idea that came up in a thread recently of using DKP front trucks and RKP rear trucks. I

How good was that? looked like it was just about to pounce on its prey. Guy reckoned it was stable as.

@MrDGOrman Mate just be aware that the rear evolve truck is stepped from 8-10mm so you will have to do a mod if you want it to fit a standard 8mm hanger. Mine haven’t arrived yet but I’m assuming it includes a 10mm bore bearing for the pulley. If so you will have to change it or sleeve the axle. @b264 Is this the case?

Ya I feel like I’m keeping the bushing companies in business !

So still a 22mm bearing then. So in effect to use the pulley on a normal axle I can just use a 608 then.

Now you are just showing off and not about the bearings.

Decided to document this setup in its own thread to showcasing the performance and invite discussions. It was also brought to my attention that I was spamming the no words thread. I agree, it would be best to wait until the project is done and...

You got whobbles at around 15mph? Must be faulty trucks or you drove them extremely loose. I totally agree that they are not meant for speed but 15mph? I had to tighten the trucks a little but they are still pretty loose, i can still use the trucks for what they were built : carving . And riding with my supercarve trucks at 27mph (±45kmh) isn’t really an issue. I would probably never exceed 27mph with those trucks as i would need to tighten them a little bit more and wouldn’t be able to carve as much. Were you using the AT wheels or urethane wheels when you got the whobbles at low speed? I never tried the supercarves with urethane wheels yet…