Extensive chunking on blue caguamas from day one 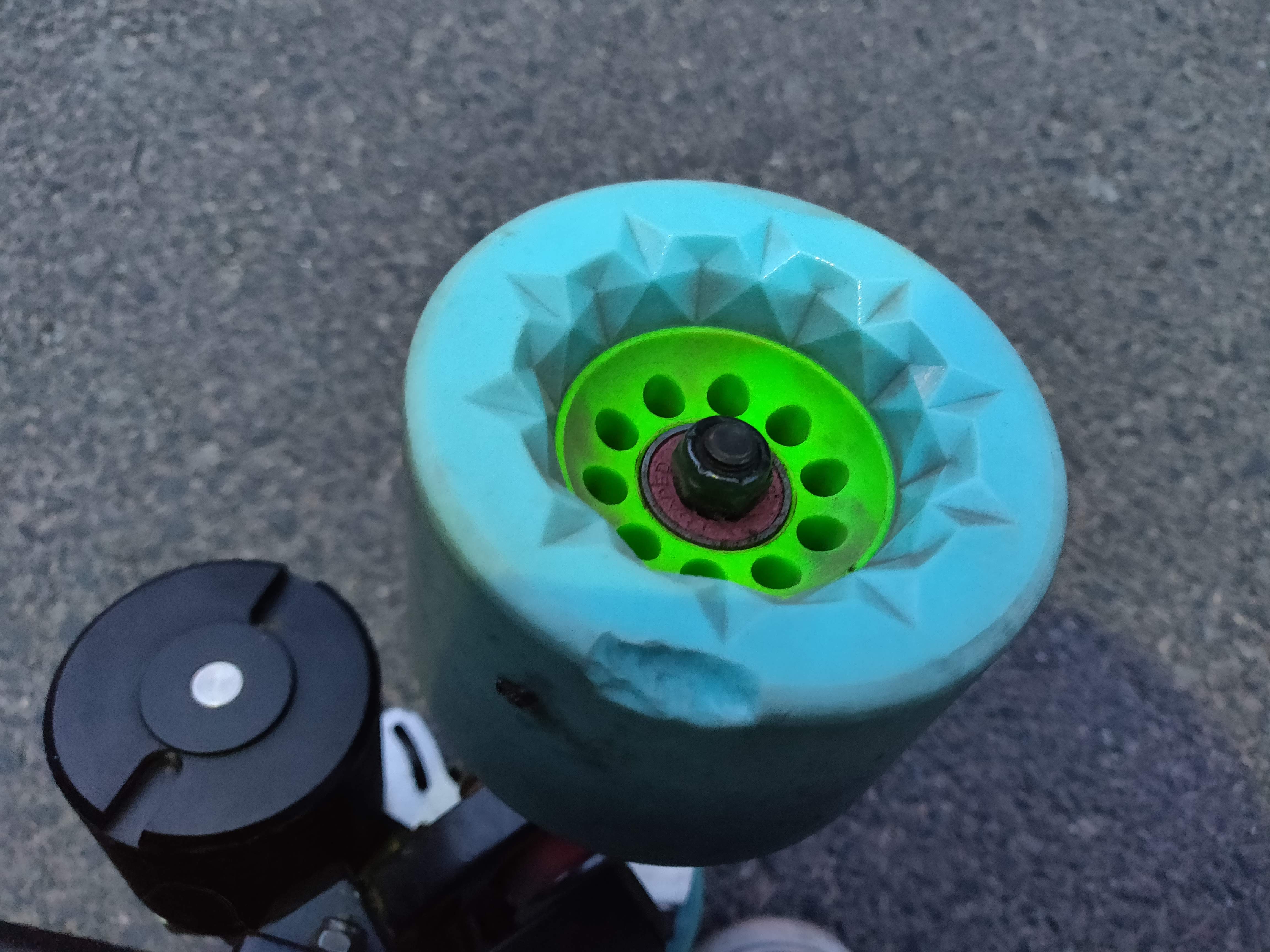 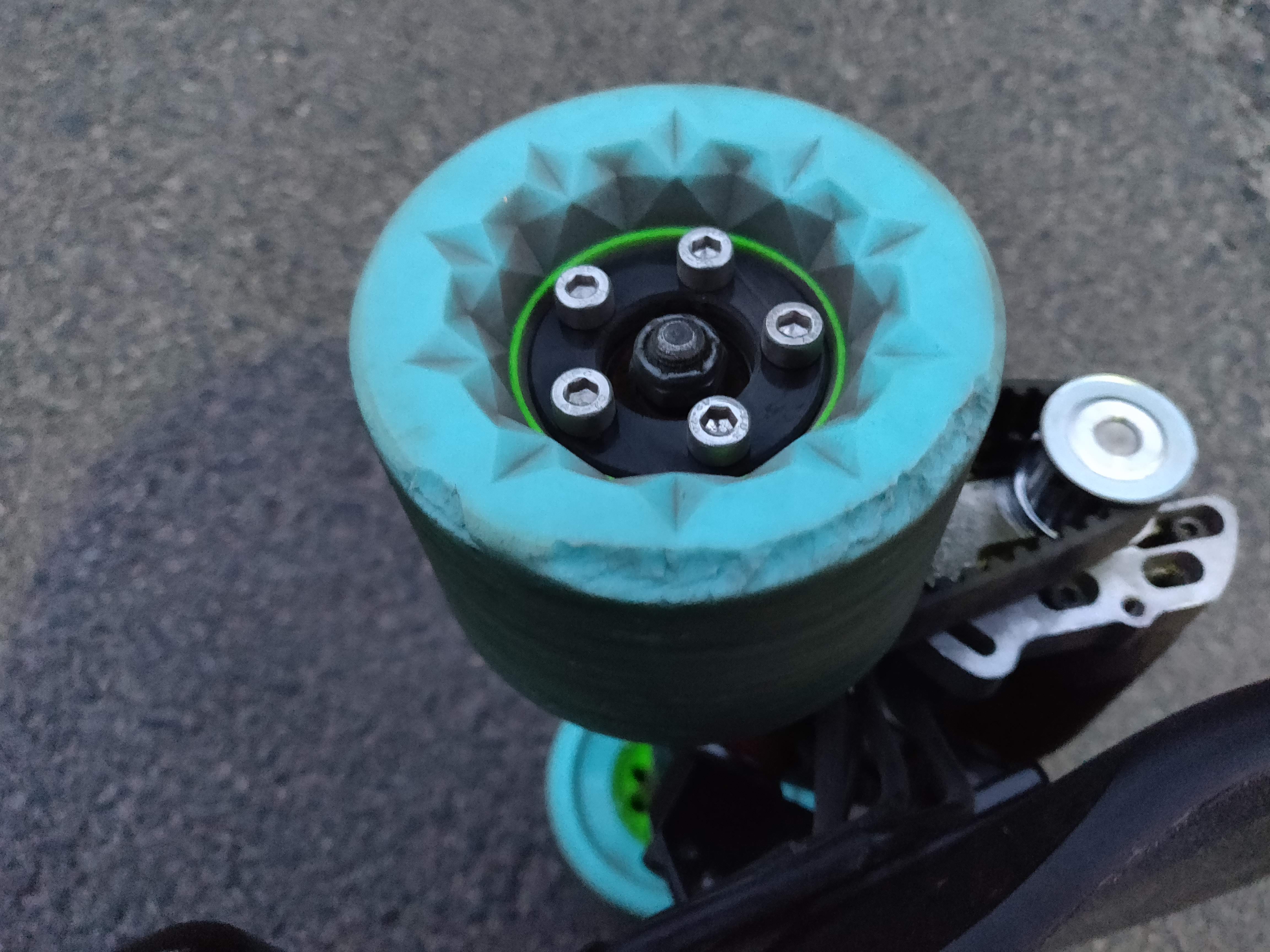 This happened to my wheels after my second day of riding. There already was some chunking after my first day of riding also but it was like half of what it is now so I didn’t really think much about it, but this is a bit much I think.

I don’t think I was being particularly hard on them or anything, I rode them on some asphalt with with some small rocks maybe and some pavement bricks, not gravel roads or something like that.

Maybe calling this extensive is a bit much, I don’t really know, never had any other esk8 or longboard but this is definitely not what I was expecting. From what I read some peoples urethane wheels last for literally hundreds or thousands of miles. This happened after maybe 25 miles…

I saw some other people here are also using blue caguamas, anyone care to share their experience?

Thats not normal. I have wheels with 2,000 miles on them that look better than those.

Caguamas usually have graphics on the face of the wheels did you remove yours with a chemical?

Chemicals can break down the PU and maybe cause this.

seems like These are fake caguamas edit: @Battosaii solved it

Ah… Yeah, I did… Used acetone on a paper towel to scrub of the graphic. Didn’t think it could penetrate what much.

It’s probably that then, lesson learned I guess.

I have blue caguamas for some time now and I didn’t have nothing like that. Even riding through cobblestone and they are perfectly fine

There’s people out there dyeing their wheels in hot water so I didn’t even think about possible damage from the acetone.

It does dissolve the wheels a little bit on the surface to remove the graphic so I should have known it could fuck them up.

Oh well, I wanted to get some bigger wheels in the future. I’ll just get them sooner.

Yeah, I’m running blue caguamas too and no issues here?

Why did you want to remove the graphics, they are only small?

I just prefer plain things with so branding, thinking it didn’t do any harm and is easy to do I scraped the graphic off when I had some spare time.

Yeah, acetone can dissolve polyurethane. The small bit you used penetrated deep over a bit of time and destroyed the integrity of the outer bit, leading to chunking. Interstitials and shit yo.

How should you remove the decals then?

Chemicals can break down the PU and maybe cause this.

This. If someone modifies a compoinant the has issues with the component those issues are of no statistical value.

@Hexagon I feel for you on the chunking, acetone is always a no no on wheels. Youc can usually do a bit of sanding. Maybe try ABEC Flywheels, Boa Wheels or TB 110 wheels. They are made for esk8 and will likely perform much better for you.

I’ll know for the future.

The performance of the wheels themselves was fine, but yeah, I’m checking out larger options now, thanks for the advice.

My blue caguamas are fine, and I’ve ridden on quite bad pavement with them. I’m thinking of doing a small wheel comparison later on when I have a board I can swap wheels easier on, because I bought Popoca 90mm wheels for my brother and oh lord are they bouncy!

For future reference, canned brake cleaner will take off the wheel graphics with out damaging the PU

There’s a plastics vs solvents compatibility chart on the internet. BUT…are wheels 100% polyurethane? Or some mixture to give the ride and wear characteristics needed?

You’re better off using mechanical means to scrub the designs off.

Next time I’ll probably just leave the wheels alone, the graphic on the caguamas wasn’t even that bad.

I just had to much spare time and wanted to do something with the board while waiting for other parts to arrive.