hello, I have a problem, I bought two new vesc with firmware 3.38. when I connected to my pc in BLDC tool, it showed a message saying that the firmware was too old. so I began to use VESC tool, I updated the firmware to 3.62 and I was trying to connect the motors clicking in wizard >setup motors FOC, but when I clicked on run detection the light red in the vesc blinked 3 times and appeared a window saying detection failed reason:-11 , so I went to the terminal and there appeared " fault: fault_code_drv", I tried this with and without the receiver conected to the vesc and it gives the same message, I don’t know if this information is matter but I clarify that when I conect the receiver with my vesc it always remains blinking , I tried to push “bind” in the transmitter and turn on it and a red light remained in the receiver and a green blinking light appeared in the transmitter however I tried again the whole process and it didn’t work. so I have not been able to use the motors, I am not a professional, this is the first time I build a skate , I hope you can help me, thank you 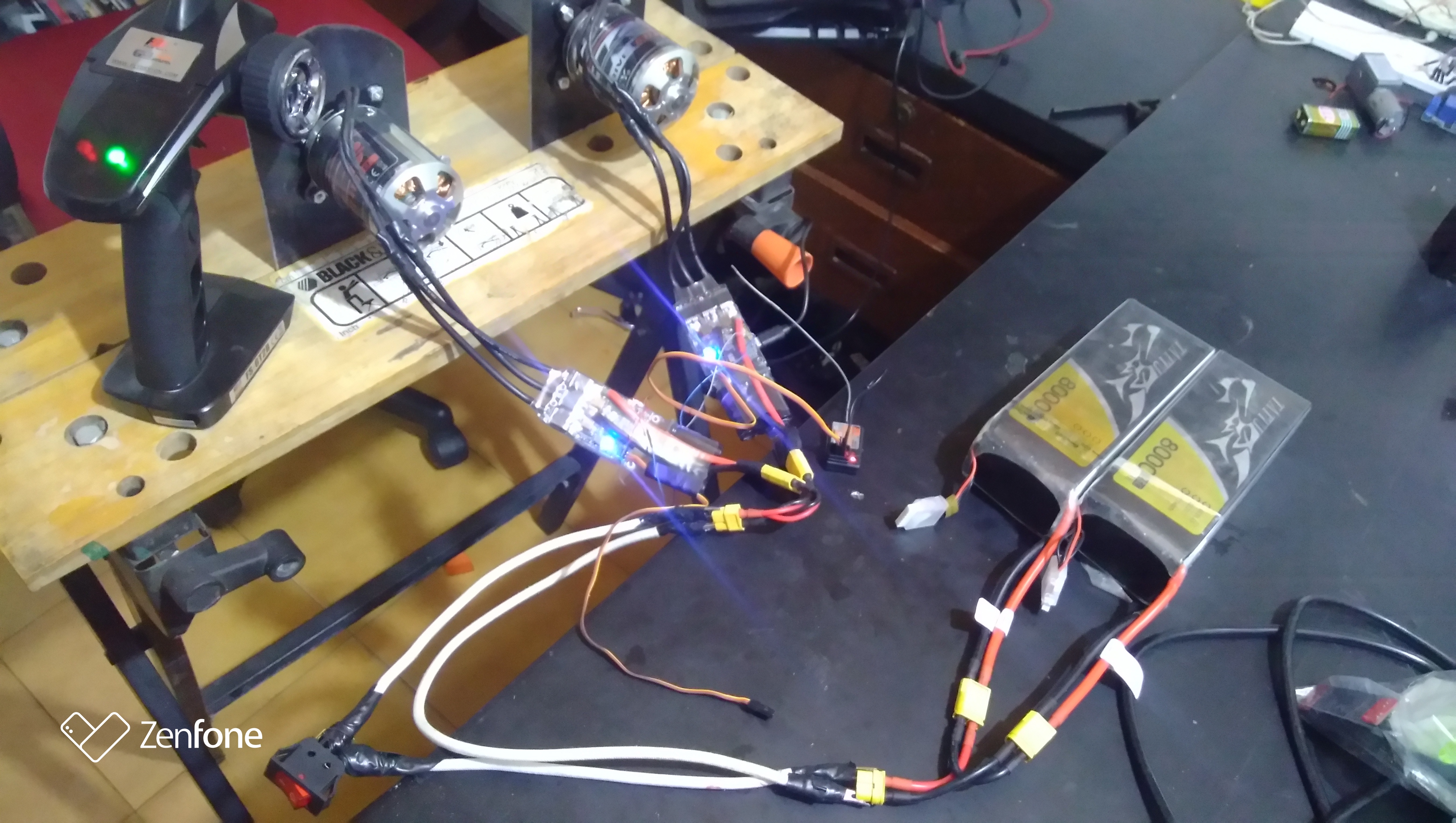 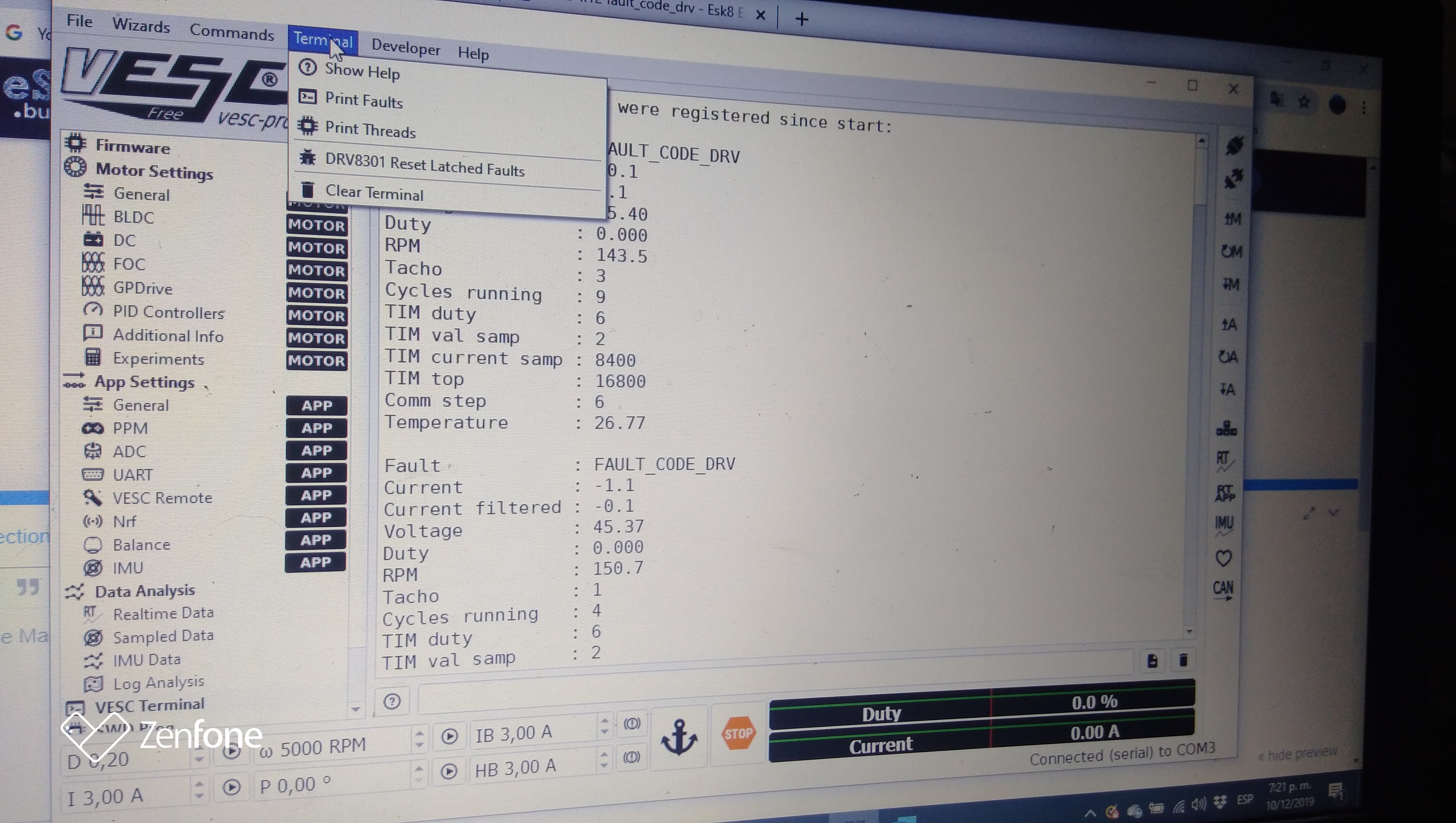 Post this question here https://forum./t/noob-question-thread-ask-your-questions-here/126/7513 you will get a quicker answer. This is the new forum btw, better and much more active so go join it, this one has problems…