Hi guys, today I would like to announce a smaller more universal and better anti-spark switch

It will have a small aluminum plate under it to cool down the MOSFET’s a bit.

Here is simulation I have done with this style design, as you can see no inrush current higher than 50A @ 100V. 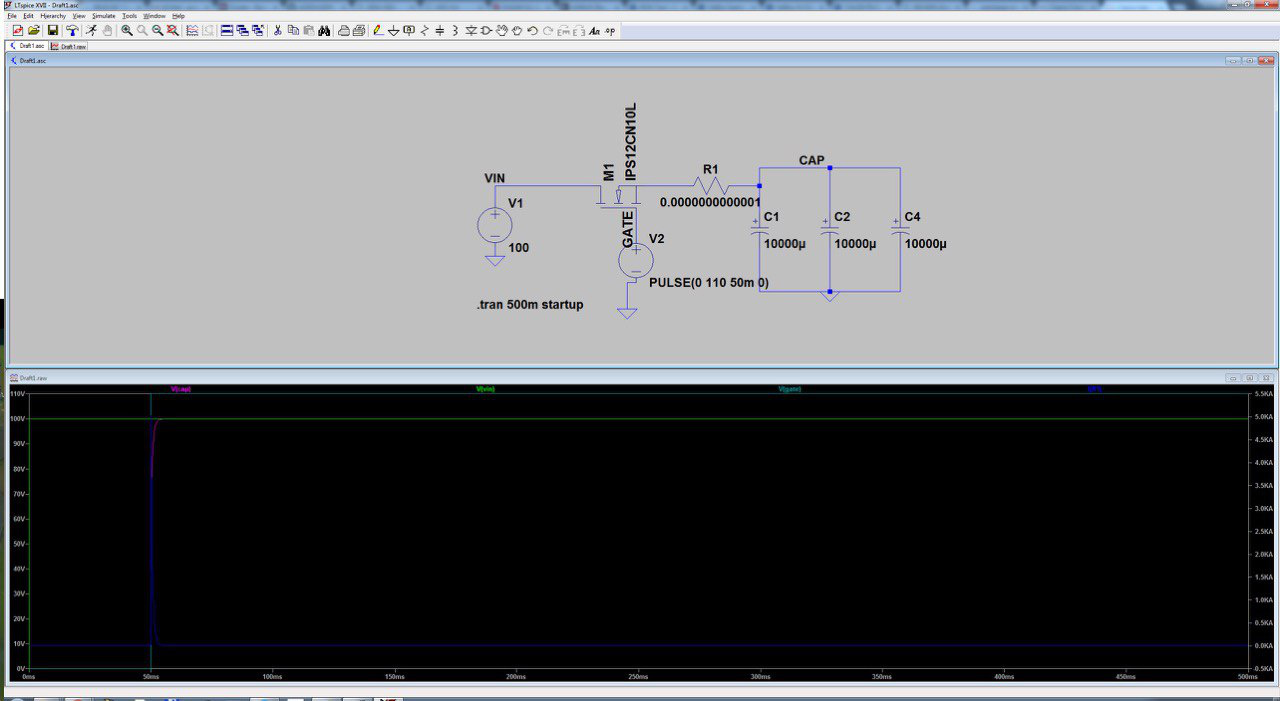 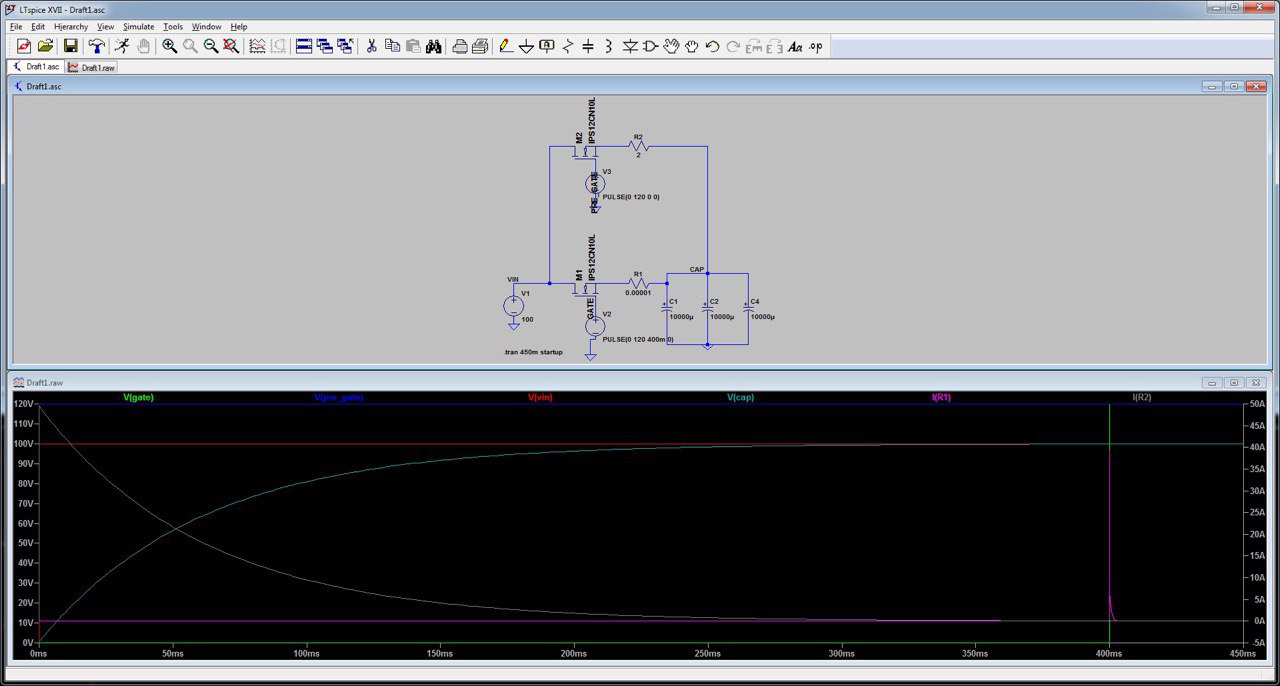 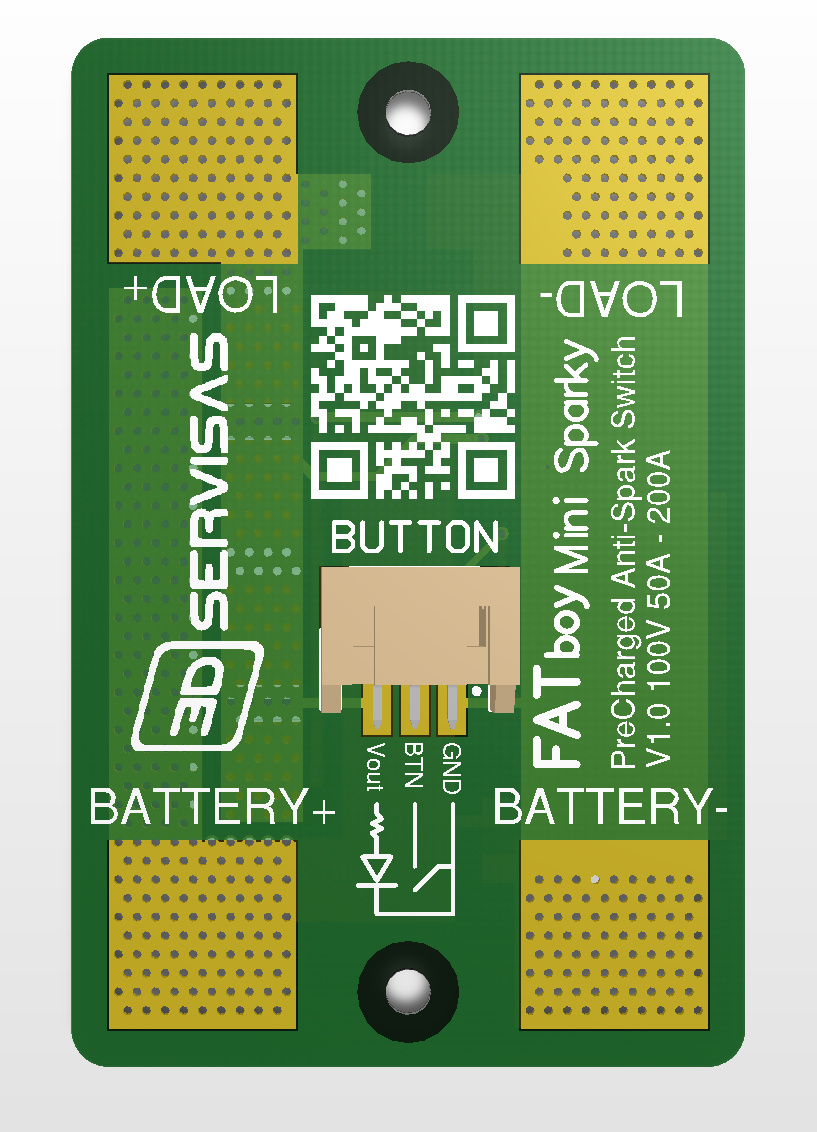 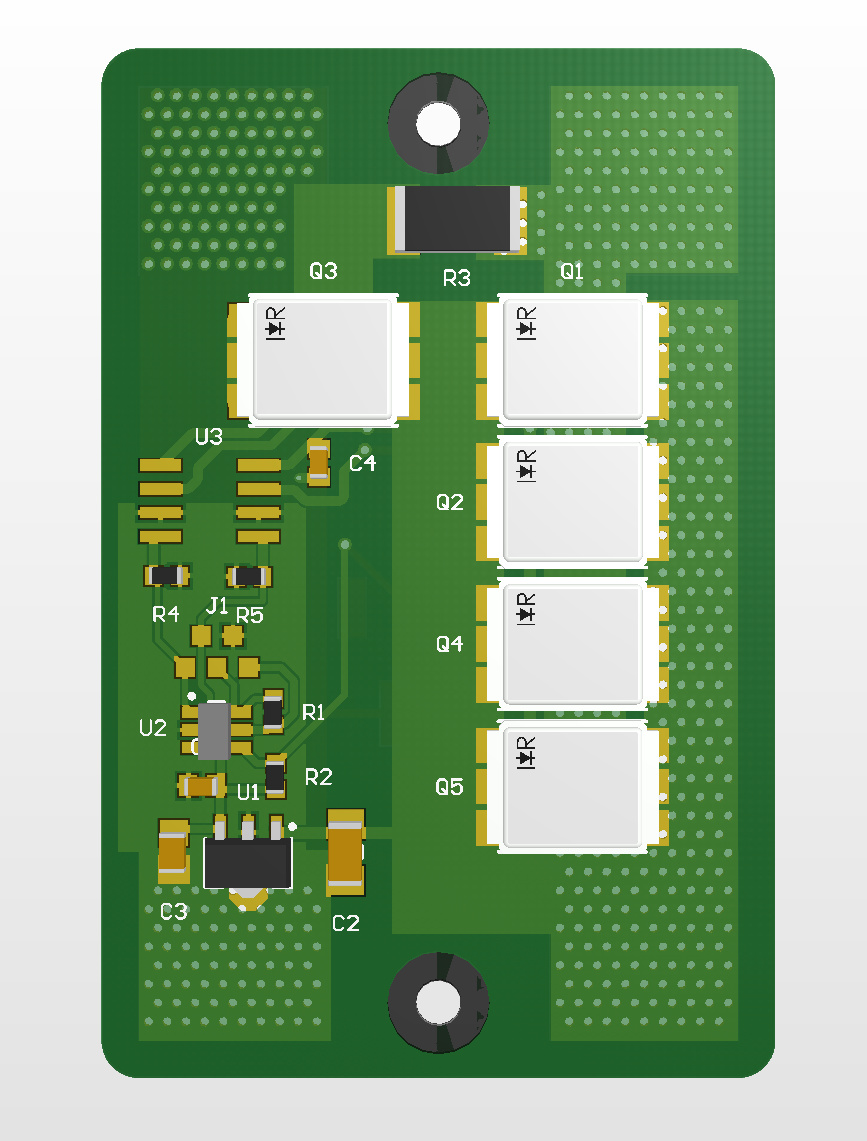 You make some cool shit dude! I’m so glad you came to this forum. When will you hopefully be selling these?

Oh I’d be interested in picking up a few of these! I’ve been looking for an eswitch that can reliably handle 13S

We will be ordering PCB’s today for all the projects and doing some testings with it after everything works I guess maybe in the first weeks of July or something similar.

How thick will these be with alu heatsink ?

This is AWESOME. Any way to lower the turn-on hold to like 100ms?

Awesome! Any idea on price range of this one compared to the non mini version?

Heatsink really shouldnt be needed. If there is a need for a heatsink, you got the wrong mosfets or too few in parallell

36mm by 65mm is like half the size of a Focbox (=64 by 64mm with case) - just for switching it on/off. Is there a possibility that you really make a mini version? My Lou needs a switch but space is very limited

If you take off heatsink, remove button connector you should end up with like 3-5mm height so you can put it on top of your batteries… I will think about smaller version but I don’t think it wil be anything soon as I have other projects which needs to be finished for Evo project

I’m in for one

The battery compartment in the Lou is exactly the height of the battery inside the hardcase - no way to fit even a 1mm switch on top. But to put it somewhere else it needs to have a smaller footprint. Well i guess my search continues.

What current ratings you are looking into?

Well the battery is 10S1P so even if i upgrade the cells to VTC6 I am looking at a max of 30A for short bursts (10s-30s otherwise voltage sag will probably cause an undervoltage error in the focbox anyway). I guess we are rather looking at 5A continuous or something like that. The original battery has XT30 connectors - that says it all

I will try to think of something but no promises

Today parts and PCB arrived, will be assembling several units and doing some basic testings