The goal of this build was something that worked for my 5 ft tall girlfriend. I have a boosted board but she felt like it was to big for her and she wasn’t crazy about my riptide. After talking to her the goal became something shorter than the boosted board and lower to the ground than the riptide so she felt more stable. She also wanted something quieter so it didn’t get as much attention on campus so we went with hub motors.

When we got to picking the front trucks she immediately wanted the acid melon color from caliber trucks which ended up being used for most of the color scheme.

We had to dremel some at the board to avoid wheel bite with the 90 mm wheels. She taped it up for paint after. 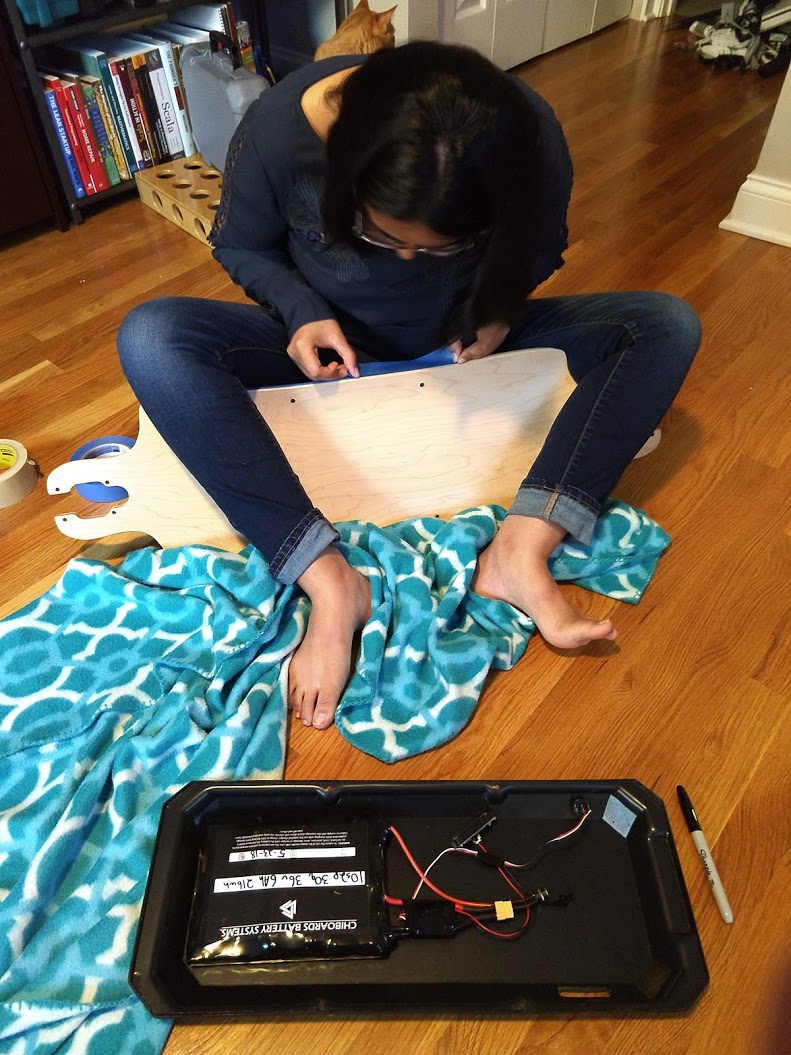 She went a little crazy with the tape. 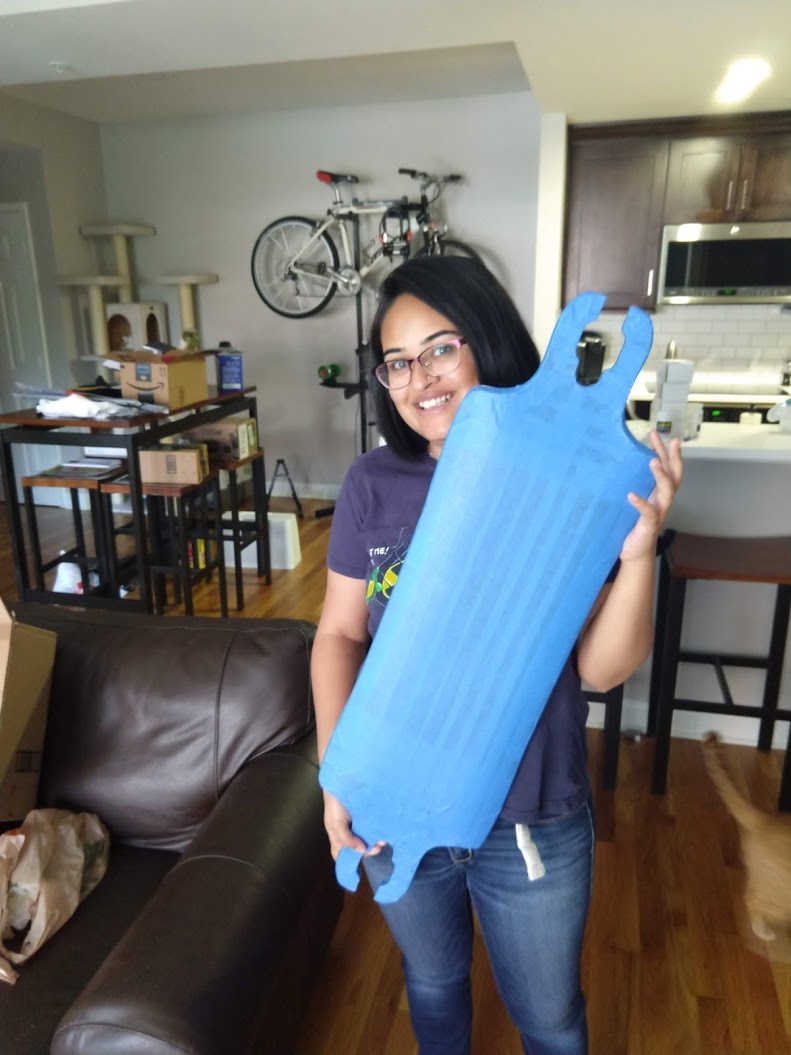 Tons of extra room in the enclosure in case she decides she wants more range later on. For now keeping weight down was a priority. 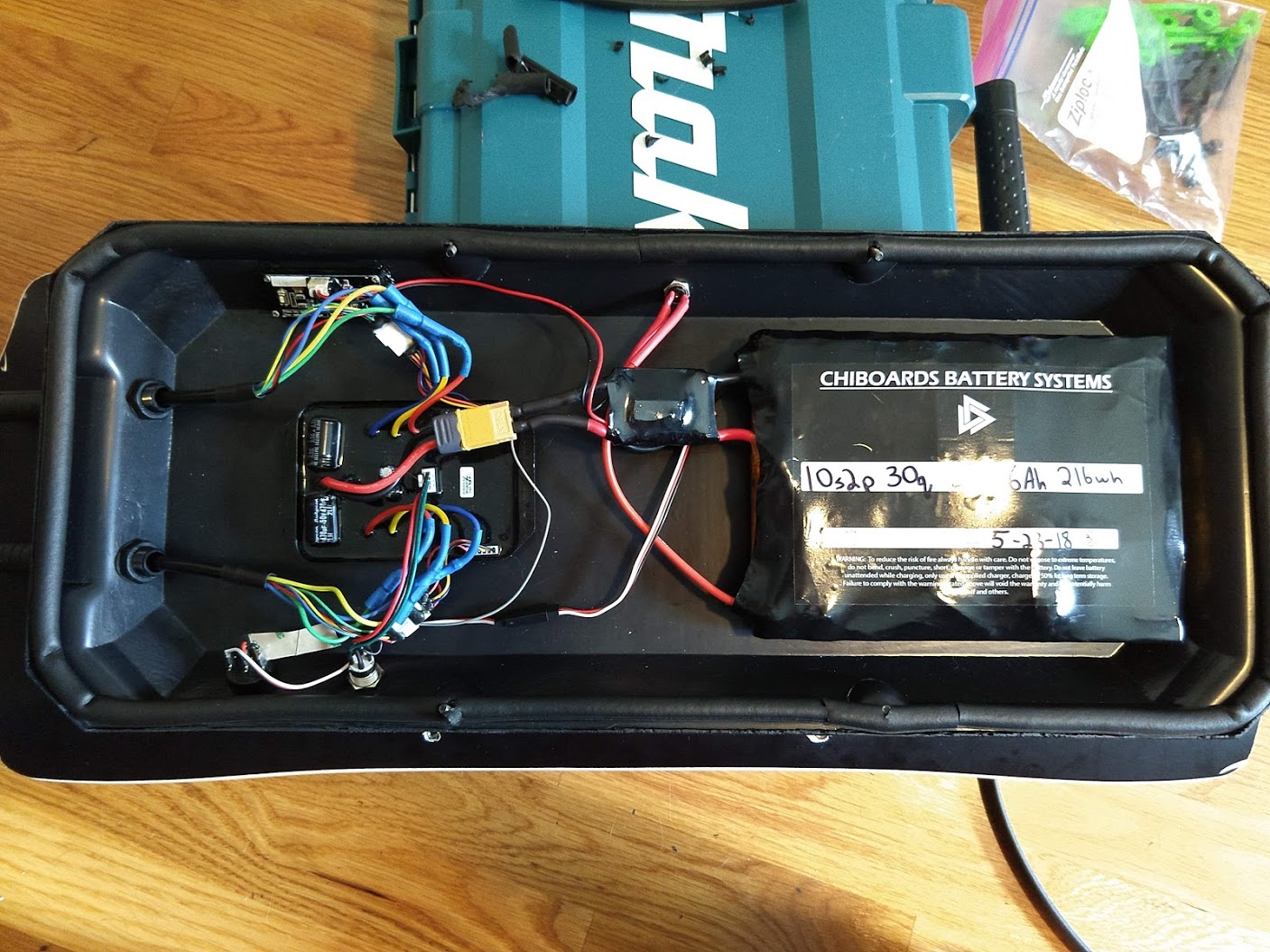 Without a doubt some inspiration on the design was taken from Eboosted’s Biohazard. 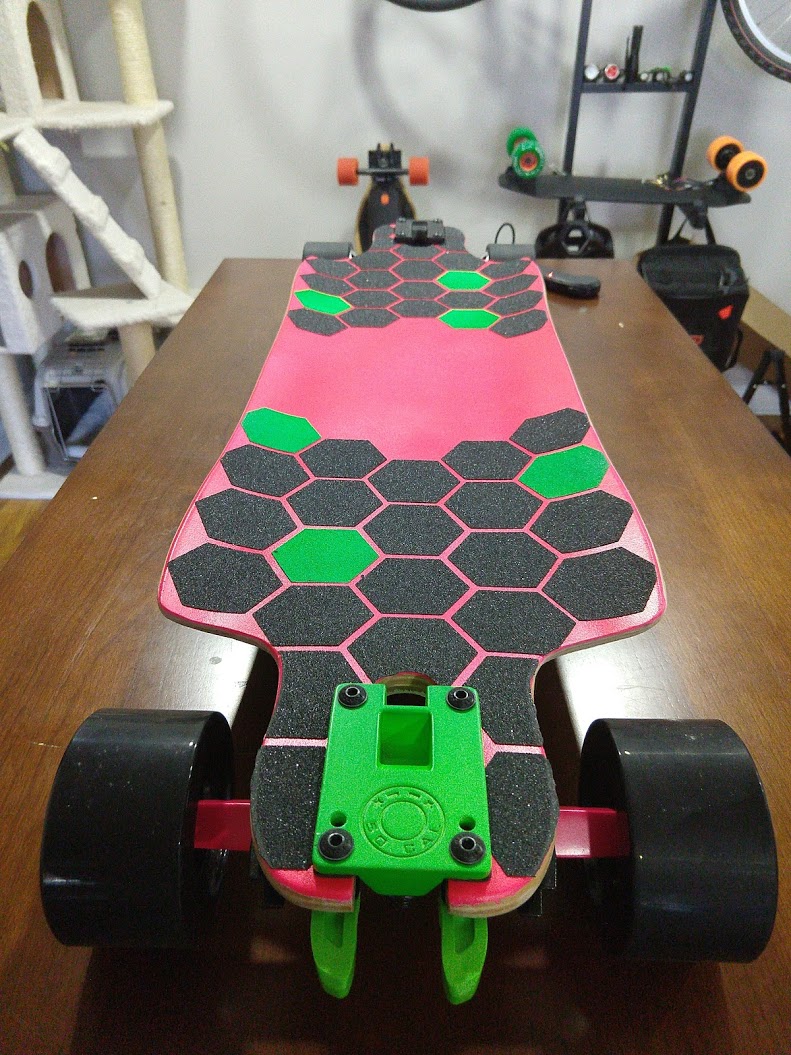 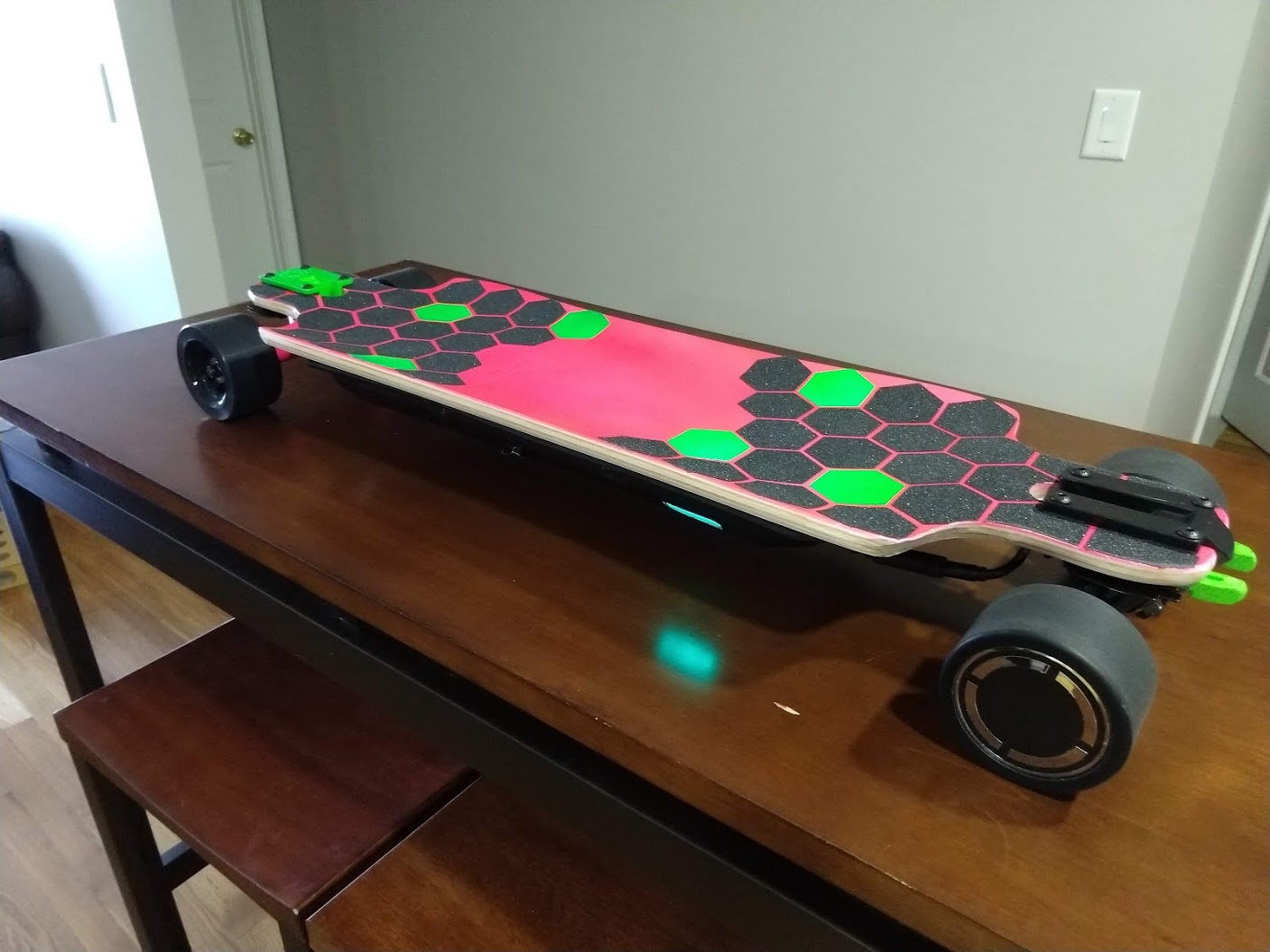 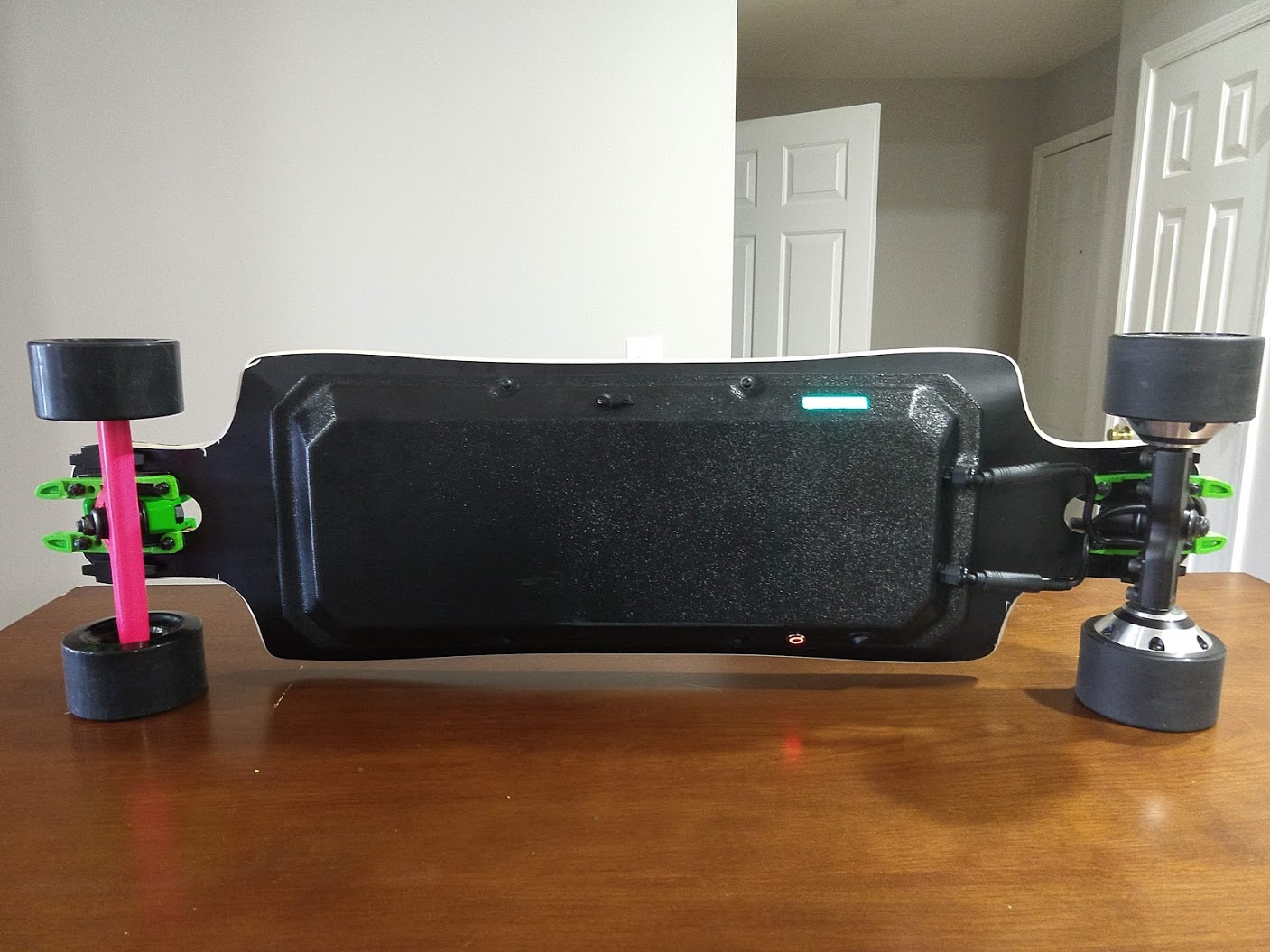 Pretty much zero chance of this thing clearing speed bumps. 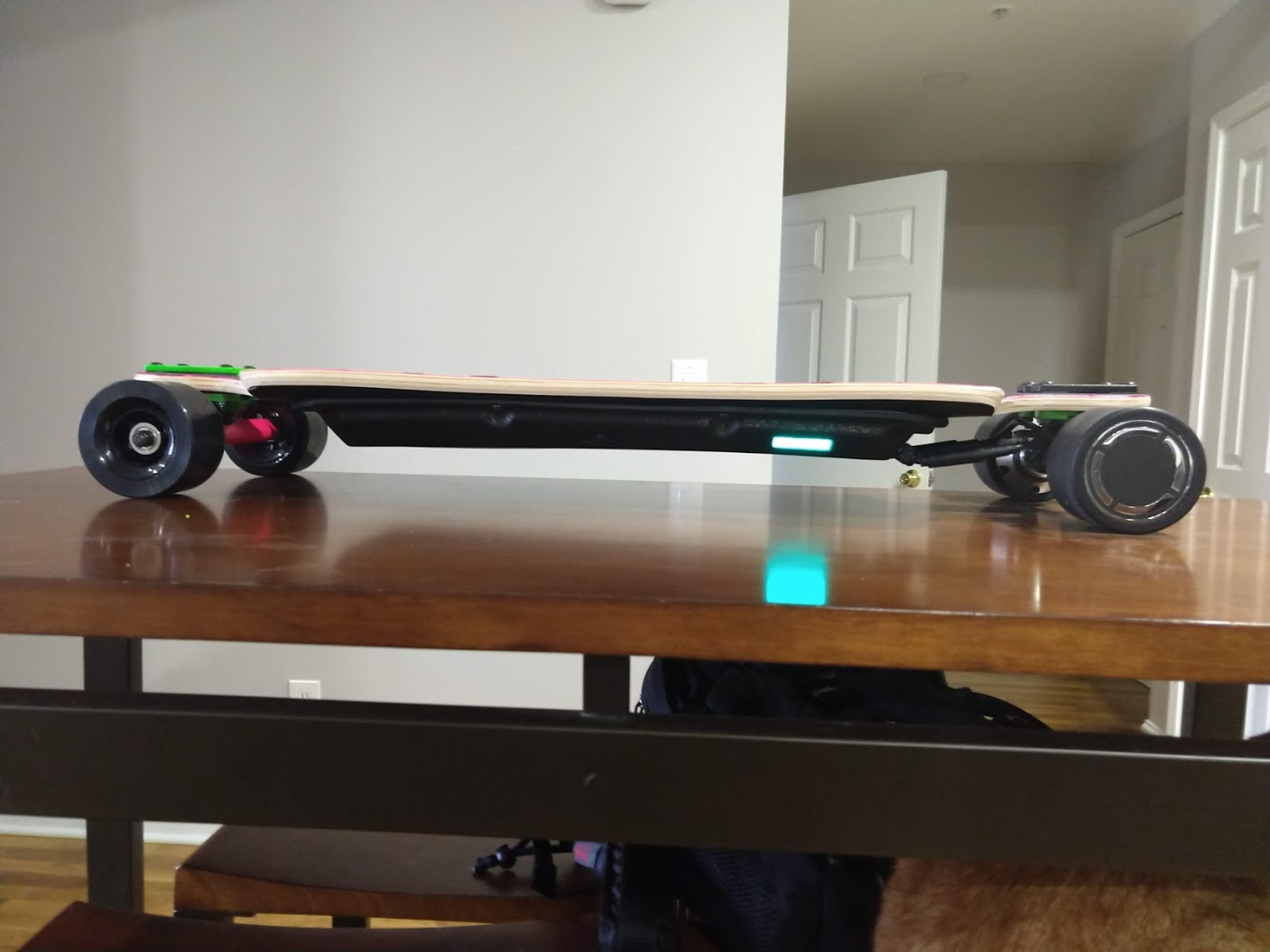 I think it is going to be a fun summer. 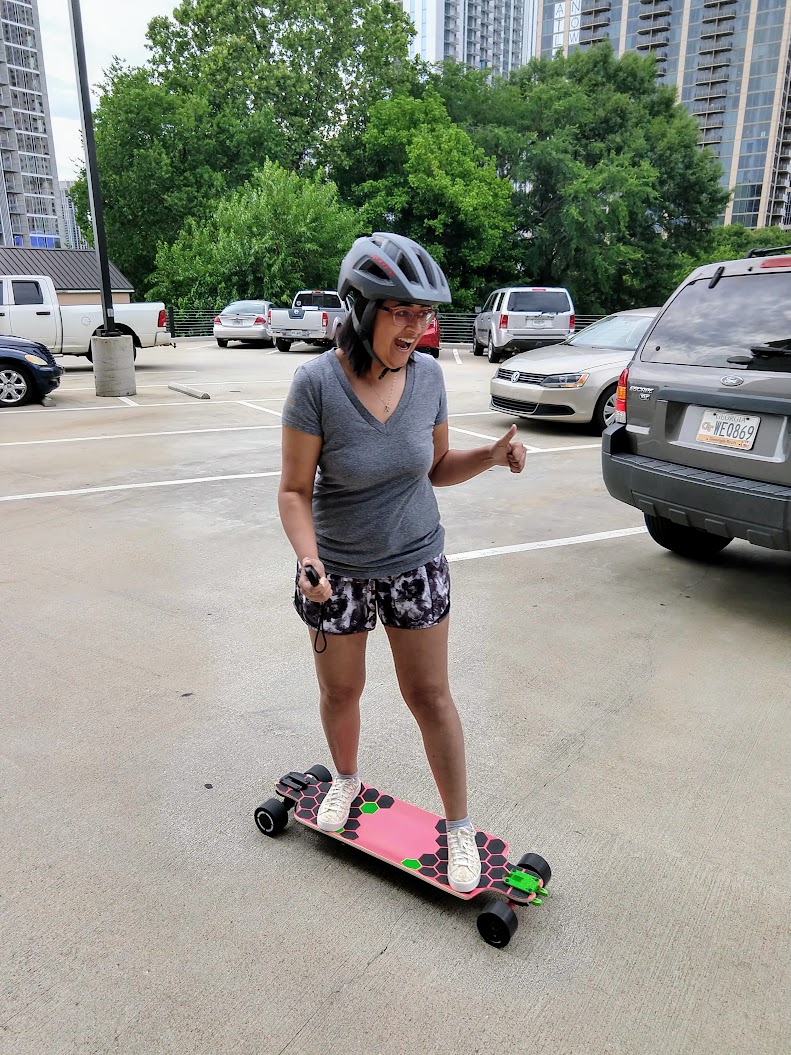 really fun all around build! enjoy the summer and keep that helmet on.

She looks like she has the attitude to have fun!

This is perfection in my eyes. A lightweight short and low stanced board!

Thanks! She had a lot of fun in the park today.