Oh boy where do I begin what a long journey this has been.

I’ve pretty much wrapped up my first build, time to break it down.

My original goal was to get a Meepo or Wowgo, but a few things were throwing me off. I wasn’t a fan of the enclosures, and I wasn’t fully set on Hubs. I liked the idea of being able to use 4 skateboard wheels, change em out, fix parts by replacing them instead of having to buy entire new motors. So I went with diyeboard belt/trucks and it’s complimenting ESC.

I heard good things about Meepo’s Sanyo battery, it’s a good upgrade from the diyeboard 10s2p and Meepos default 10s2p, not quite as bukly as the 10s5p and since I’m not ready for custom battery builds yet, decided it was a good buy.

For enclosure I went with @Eboosted 's custom builds. The boosted style one. I had ordered the top and bottom part but ended up being able to fit all my parts into just the bottom. I like the way it came out. Big shoutout to @Eboosted, the enclosures are awesome and incredibly sturdy.

For a deck, I had originally went with a really sweet bamboo drop through deck from SkateShred.com. The motors ended up not fitting so I had to get a new option and went with the Sector 9 Faultline. Which is really heavy by the way, but it’s super sturdy and stable, and has a really nice concave to the deck that locks your feet in.

So time for the build and time to show you guys photos.

The diyeboard ESC came enclosed inside the enclosure already and it was a PIA to take out. I don’t have a dremel or a saw, so I pretty much took a wrench and started bending the shit out of the plastic enclosure, praying nothing broke. I ended up getting the ESC out but it had a single bolt that runs through its center and out the back, it was still stuck to some plastic at the end. 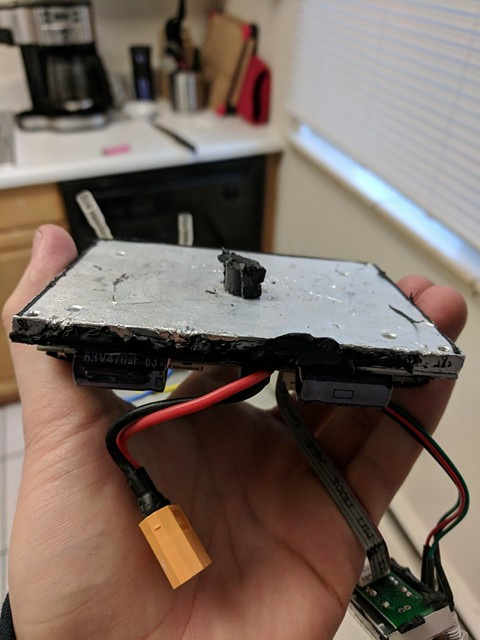 image480×640 89 KB
Eventually I got the plastic off and it was just like 1/4" of a bolt sticking out the back of the heatsink, no big deal really I was able to secure it fine.

The battery ended up being slightly too tall for the enclosure, besides that everything fit really well. 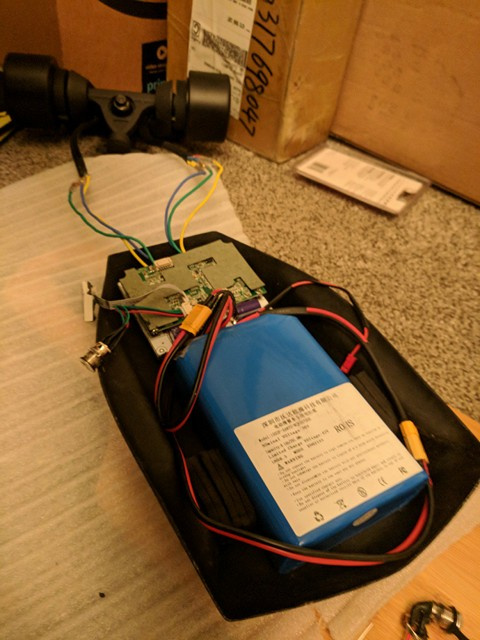 I installed a thin layer of Neoprene rubber foam/sealing strip thing. It was about 1/2" wide and 1/4" tall, worked out nicely 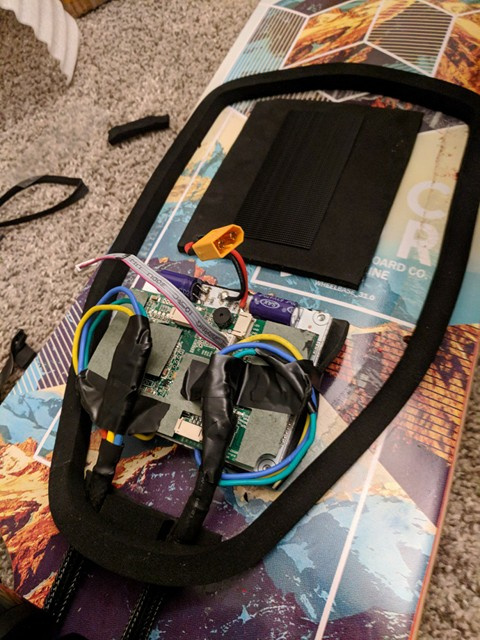 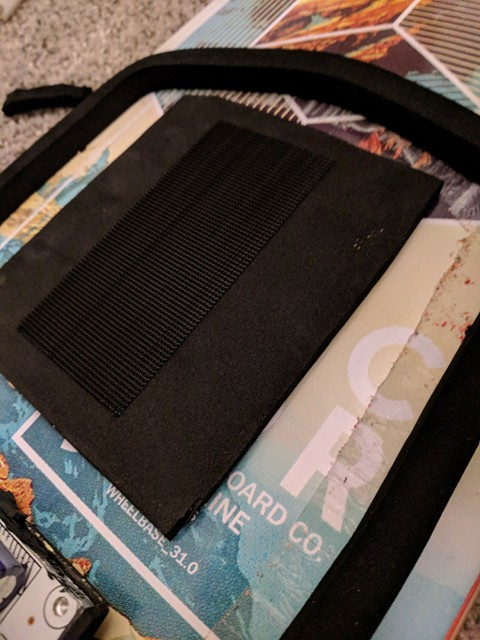 Ignore that left over sticky residue on the inside 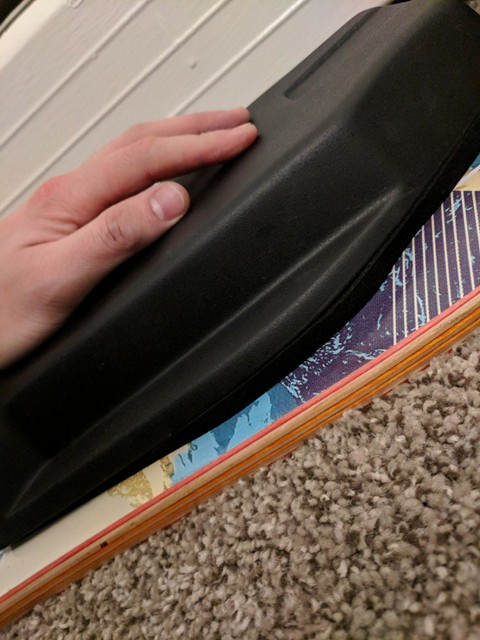 I absolutely suck when it comes to drilling, fun fact, I had to buy my first drill to make this board! 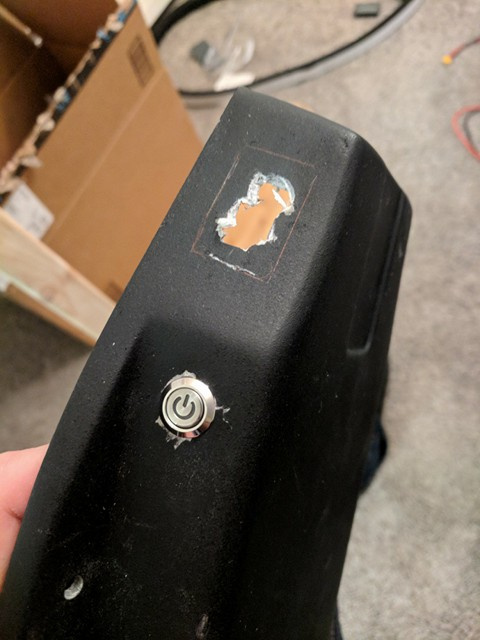 image1600×1200 367 KB
Even though it’s all scuffed up around the Power Button, its a very strong material (99% sure this is fiberglass mold), I have some 1/2" Neoprene Washers coming in the mail soon that Im going to put behind the power button/charging ports to hide some of the scuffs. Had to drill holes for the power indicator and then use a file to get the rectangle shape. 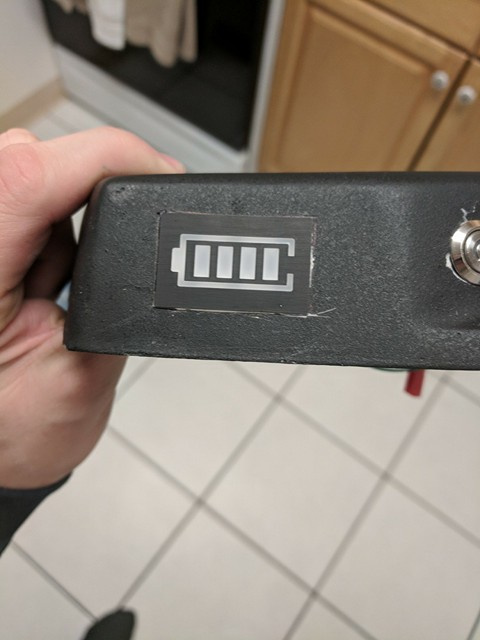 Aaand basically all sealed up! 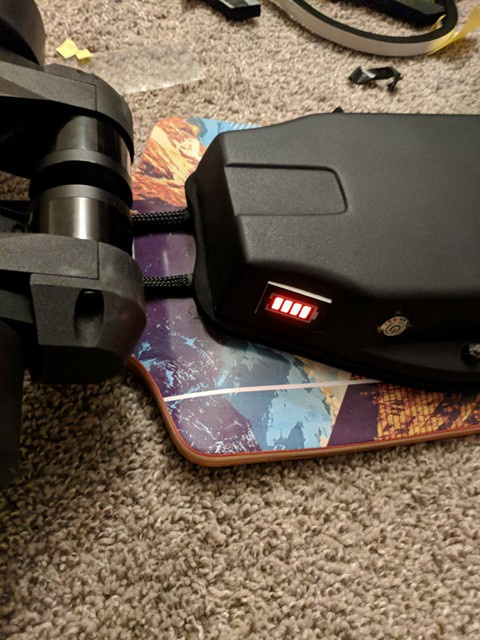 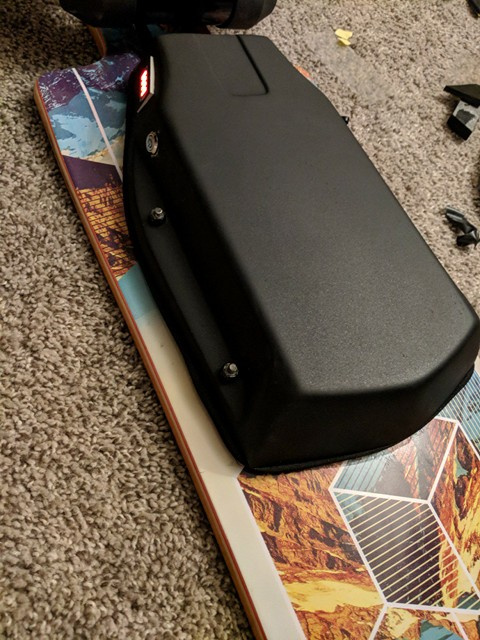 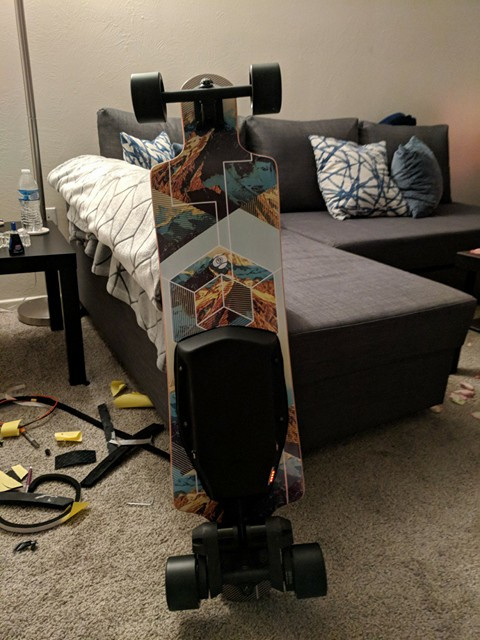 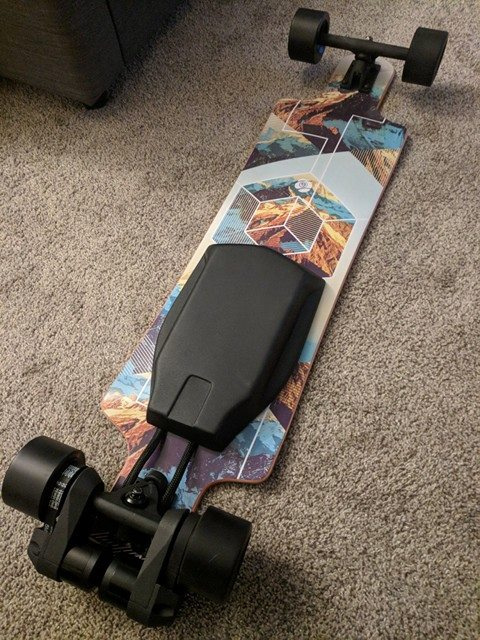 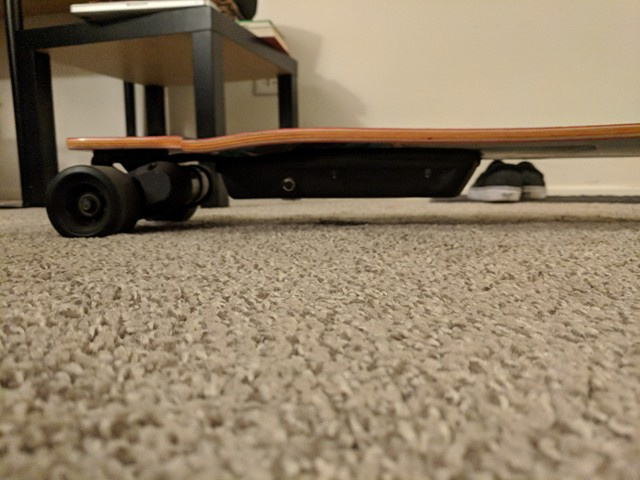 I learned a lot. I kept learning even as I was building. Seeing new things and threads and being like ah shit thats a good idea should’ve done that, or I could’ve bought that instead of this now that I understand X better. But I’m happy with how it came out, it rides great (have nothing prior to compare it to besides normal skateboarding). After 2 days I’m having a blast, my coworkers think it’s the neatest thing. And even though its not a real DIY Board, I got my hands real dirty and made something cool for probably the first time in my life. I’m already looking forward to my second build and plan on eventually going full diy so I can take advantage of even slimmer enclosures.

Congrats on your first build it’s a feeling you won’t ever forget, just standing on top of it, pulling the throttle and feel that it takes you forward with torque and speed for the first time is like “WTF did I create this vehicle???”

That’s awesome! It gets addicting, I can relate! I’m working on my 1st build as well, and I’ve had to learn the ropes too. I built motorcycles for years, but a lot of the tech in these things called for some insight from the stellar folks on this site. Hope the ride is as fun as the build. Enjoy!

Good job bro! Looks great. I learned a ton on my first build and tbh I have rebuilt it like 12 times with my mind already haha

How is the torque with that battery?

Since the battery shouldnt be able to produce same performance as their stock in the sense of acceleration.

Epic Build I have the Same longboard Deck

Whats the top speed and hill climb like? My sister was also interested in the meepoboard But hates the idea of wheels you can’t change.

Torque seems very nice although I have nothing previous to compare to. The board is pretty fast after only having it for 3 days I’ve gone as fast as 17mph. Don’t know if that’s the top speed, I imagine it’s probably something more around 20mph but I’m still getting used to the high speeds.

I’ll need a little more time to get those numbers but I’ll get back to you!

Thanks, love the enclosure and the battery was a good choice if your happy with the range