First Esk8 Ive ever rode, Its ridiculous and I love it

I got a lot of great info on this forum and I just wanted to say thanks for all the help. Here is my first build: Range was 8 miles during this video with a max speed of 30mph before I chickened out. Its got a LOT more in it if I tighten the trucks Setup: Caliber II Trucks 50 Cal 10" DIYE Amazon Motor Mounts (Failed) Awaiting Boardnamics mounts! Hobbyking Wheel Pulleys 15/36T 15mm Belt Cal 7 Flywheel Clone 97mm wheels (Drilled) (Picked up some second hand Evolve F1 107mm’s) Dual 6374 190kv Torque Boards sensored motors Dual Maytech VESC with sensor adapters Dual ZIPPY Flightmax 5000mAh 6S1P 45C (wired in series for 12S) Spektrum DX3 Remote (Because its my RC remote / Temp) Enclosure 8x8x2 cake pan (metal is not ideal) 1/4 20 brass thread inserts for bolting in enclosure Batteries wired in series bridged with anti spark xt90 Charging with dual IMAX B6AC chargers using balance lead extensions 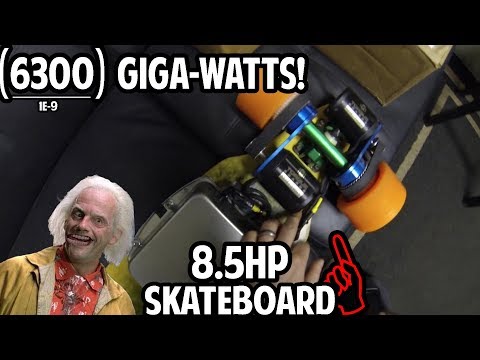 Lol I couldn’t help it. I bought this deck on clist about 2 years ago with plans of doing an esk8 with it. Found you all and started gathering parts. Finally got it together and am super stoked about it. Now if I could only fix it! What a fun ride to work. Cheaper than snowboarding!

I’d get some more armor to wear once you start getting comfortable at higher speeds.

Thank you, I do have some motorcycle gear I could use for a top speed run if tightening the trucks gives me more confidence. Not making any promises tho!

tightening the kingpin to death isn’t the correct way of fixing sloppy trucks.

if you’re getting wobbles try harder duros, try different duros front and back, upgrading pivot cups, filling the gap in the kingpin and hangar with inserts or insert bushings.

Great point, I have some various bushings to try out but I may pick up a few more sets.

Just take it nice and easy and as @thisguyhere says have a play with bushings. @Alphamail will help you there. There is a huge difference between riding a 30mph and +40 board. So much has to do with riding style too. Relaxed easy stance is the key. Great first build though!

Those motors are BEEFY. Nice work. You didn’t under powering your board as I see most people making the mistake of doing. Build it with more power than you need, dial back, and then as you get used to it, dial up instead of having to buy new parts later.

You think it’s powerful now, but dart around a lot, and you’ll get bored and want to up the settings. Shit, I used to think 2000 watts was powerful… as I’m at 6000 watts and about to up it to 12000 watts. After a while, what you have doesn’t feel like it’s enough.

As to throwing you off your board, this is why deck selection is so important. The right deck with propper pockets won’t be an issue. But a flat deck or even mirco drop deck will be an issue after a certain amount of torque.

Thanks! Thats how Ive felt starting up riding motorcycles. The first one felt slow after a while and had to up the power on the next one. I think this build should hold me off for a while, Ive already got some upgrades planned, ditching the hard clone wheels, got better brackets on the way. Ill have to look into upgrading the deck too, I cant imagine what 12,000 watts would feel like! Im all for overbuilding and warming up to it! Gotta get that adrenaline!

Quick Update after changing out the motor mounts for some Boardnamics mounts and adding a UBEC for the reciever power it has been very reliable. I made an update video on it with my personal best top speed. I still have the transmitter limiting throttle to 60% max power and during the speed test I had a little more to go before going wide open on it. Its scary fast even 8 months later! Enjoy Cheers!

Also to mention I changed the upper kingpin bushings to green 97 Venom full barrel bushings and it gave me a good balance of turning capability and stability. I moved the white full barrel from the bottom to the top and flipped the washer. I think they were 89’s durometer that came with it. Also I wanted to post the schematic: 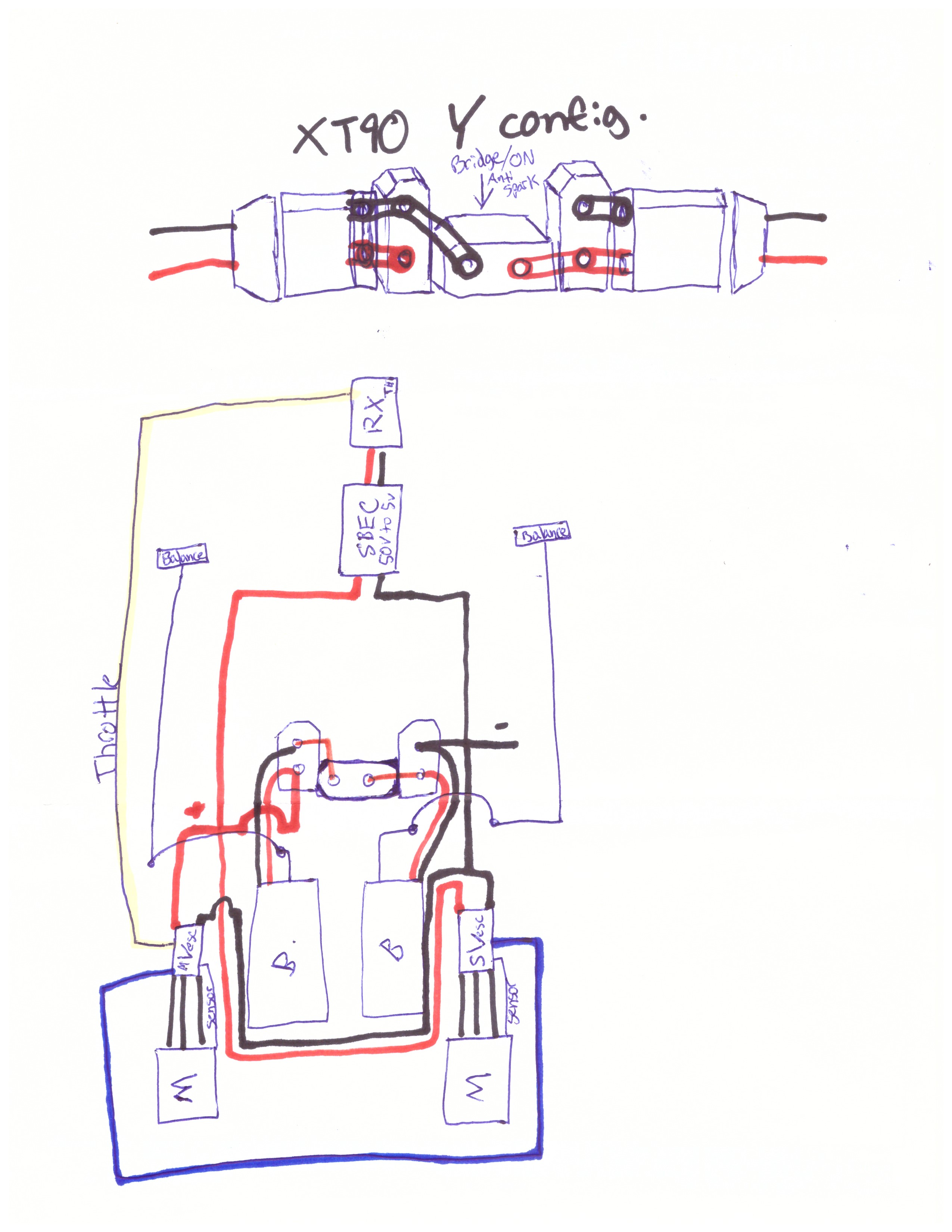