I just noticed the new Vesc from flipsky. Seems pretty neat, small, but I’m a little worried about the lack of capacitors. What do you think?

Dual FSESC6.6 Plus based on VESC6

oddly enough their pictures are messed up 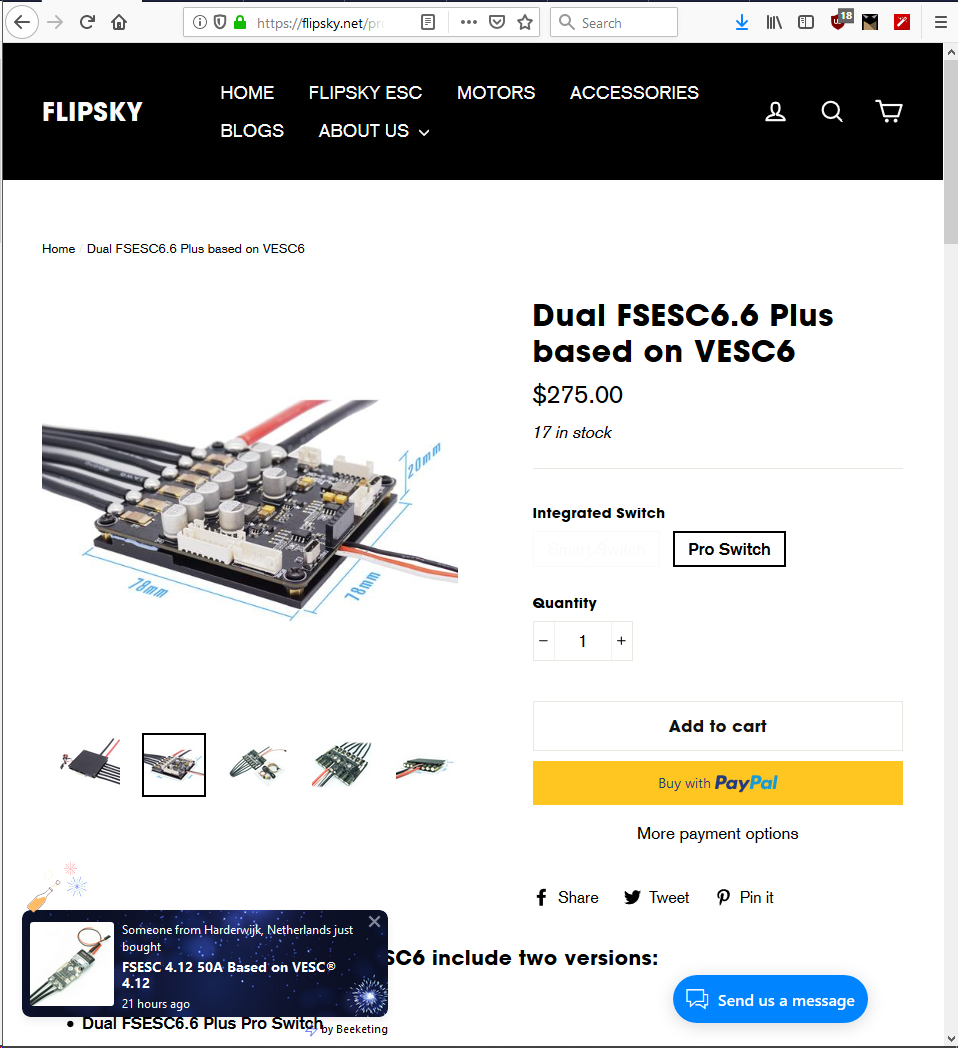 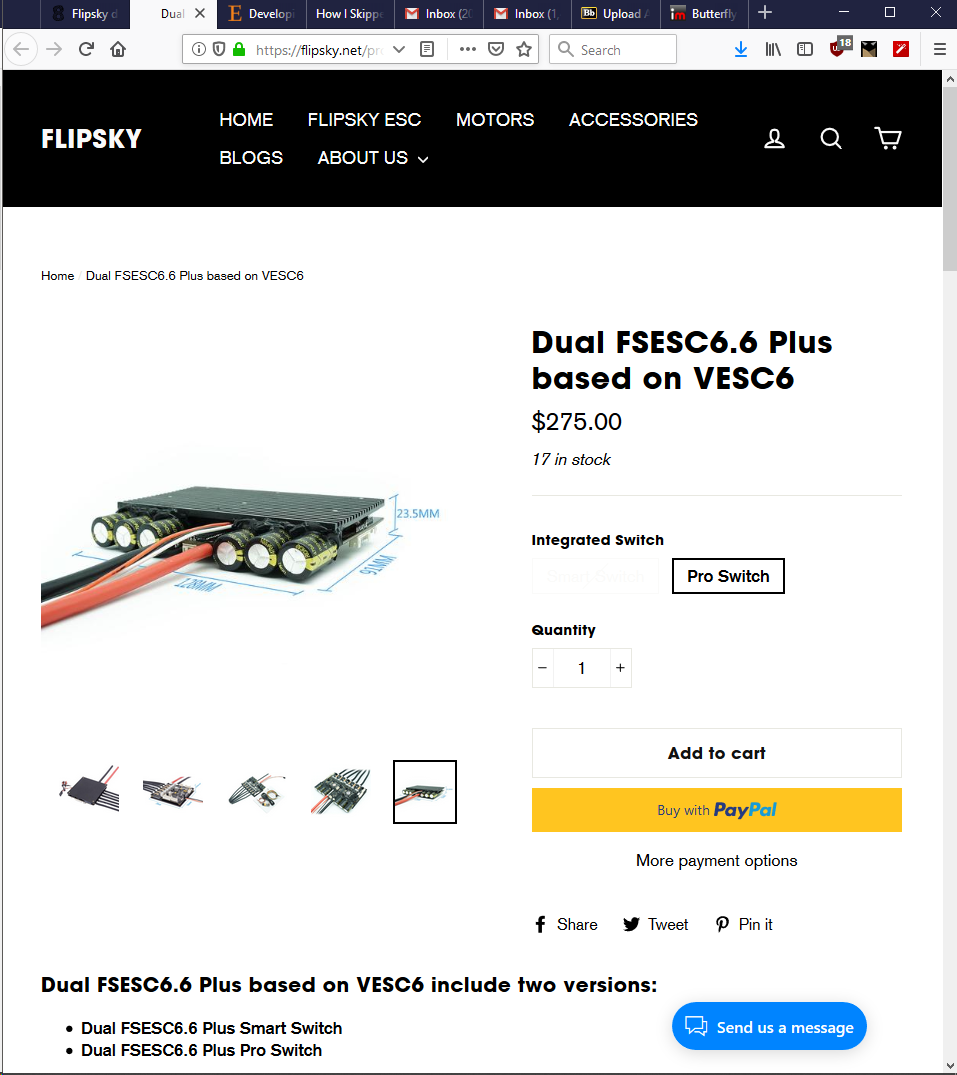 How are these the same

What does it actually look like lol Just pointing it out, I don’t care either way

In the description it talks about two models being combined. Maybe there showing the two models that have been combined

Edit: Read it wrong there sesperate versions. Still don’t understand why one has no caps.

I have this. It looks like the one with the caps

No… these are two different models.

The smaller one hast just an e switch (anti Sparte) and bigger one is the „Smart Switch“ version with Push to start ect.

Mmm I’m still not sure if both have caps. I mean, they must… no?

So have been trying to research the Flipsky dual 6.6 plus

My understanding of their pictures was it’s 2 similar products listed under the same listing.

Dual FSESC6.6 Plus based on VESC6 - Pro Switch version, this is the smaller one with the battery wires at 90 degree’s to the motor wires and seemingly no caps.

Dual FSESC6.6 Plus based on VESC6 - Smart Switch version (currently unable to be selected), power wires across from motor wires, visible caps

The Pro seems smaller but the Smart Switch with push to turn on & auto power off seems like it would be more useful.

They have a video on their youtube introducing the Smart switch version, only released 2 months ago

Thanks mate! So it seems that they went from without cap back to adding it.