FOCBOX Signal not showing after connecting to the metr pro

So guys I will try to explain everything as clear as possible. A couple of weeks ago right before my holiday I connected and re soldered my wires. To make it neater and for safety I put some wire mesh around the motor wires. All went well checked the resistances and all connections were good. So tried to set everything up yesterday. But it just wouldn’t get through the motor setup. Tried many variations and software upgrades. Different cables all that. Tried everything from the forums.

So I opened everything up and cut away the mesh to saw what I did wrong. I saw that my sensor wire wasn’t connected properly. What a stupid mistake hahhaha. But was happy about that because nothing was fried or broken.

Then I connected the wire and all went well. Until I finished the setup input. I used the newest VESC tool with the newest software. Maybe that also helps to solve the issue

. I connected my METR PRO module to my master VESC and started up the mobile app. It connected and then I tried to read the vesc settings in the expert part of the app. This was after about 30 seconds the board was on, so I don’t think the issue lies with the VESC`s still starting up. Oh and I didn’t have it connected to my pc the time I tried to read the settings. The app kept loading for about 3mins. Eventually I closed the app because there was a fault. It never takes that long. I then shut off my board and after a couple of seconds about 10 I turned it back on. Then my problem occured. The master VESC doesn’t show a signal light anymore but does show a power light. I don’t know what happend or what I did but something is wrong.

Couple of dislaimers the remote still connects to the nano x receiver. The VESC is powered but doesn’t show up on my COM port of my PC. The Metr module keeps flashing red and I can still connect to it but I cant read the settings of the VESC. I can still connect the VESC tool to the slave VESC but that one shows the signal light and my master VESC doesn’t. Oh, yeah the VESC still receives firmware updates over the COM-port

Here are some pics a took maybe it helps. 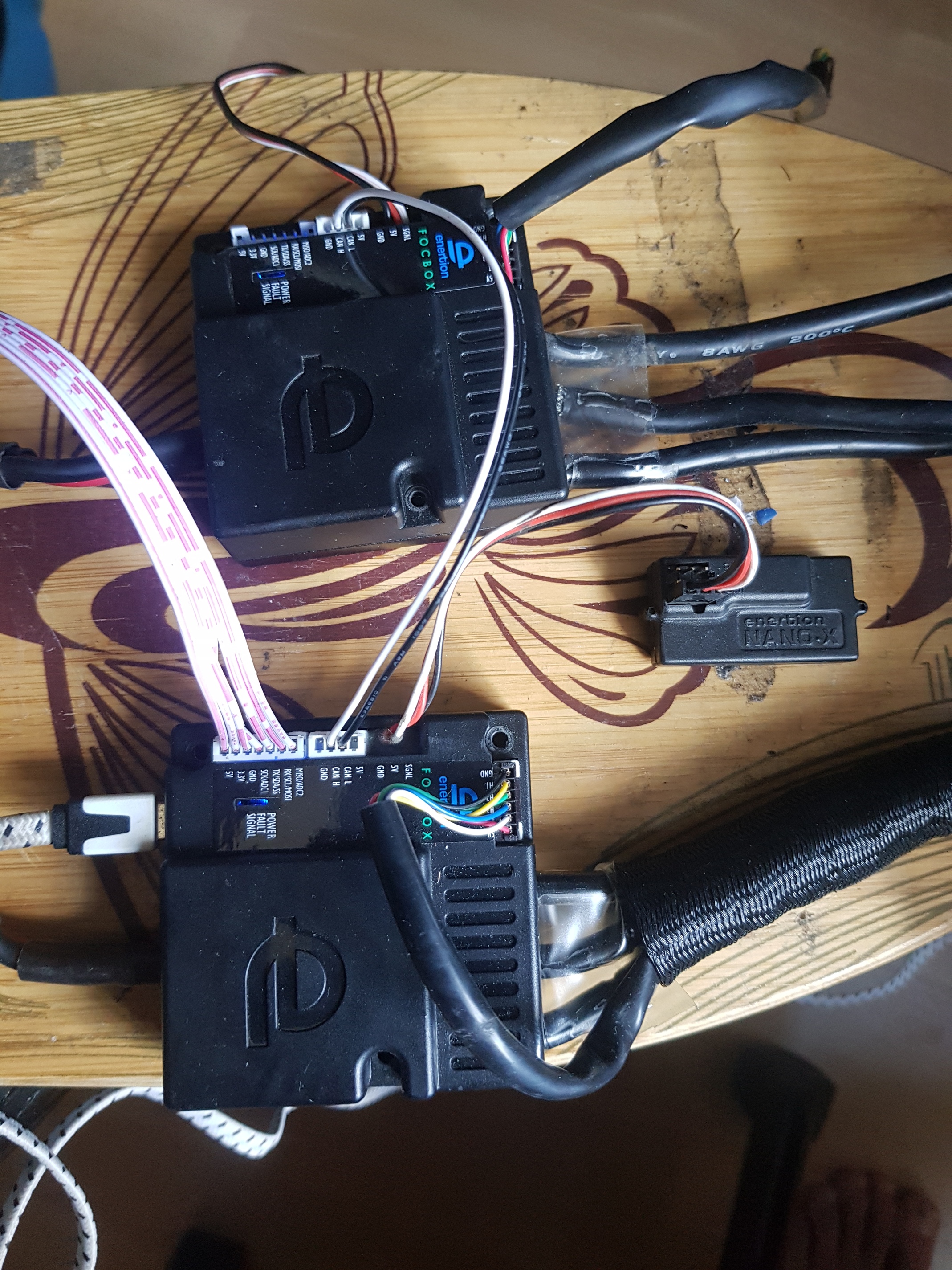 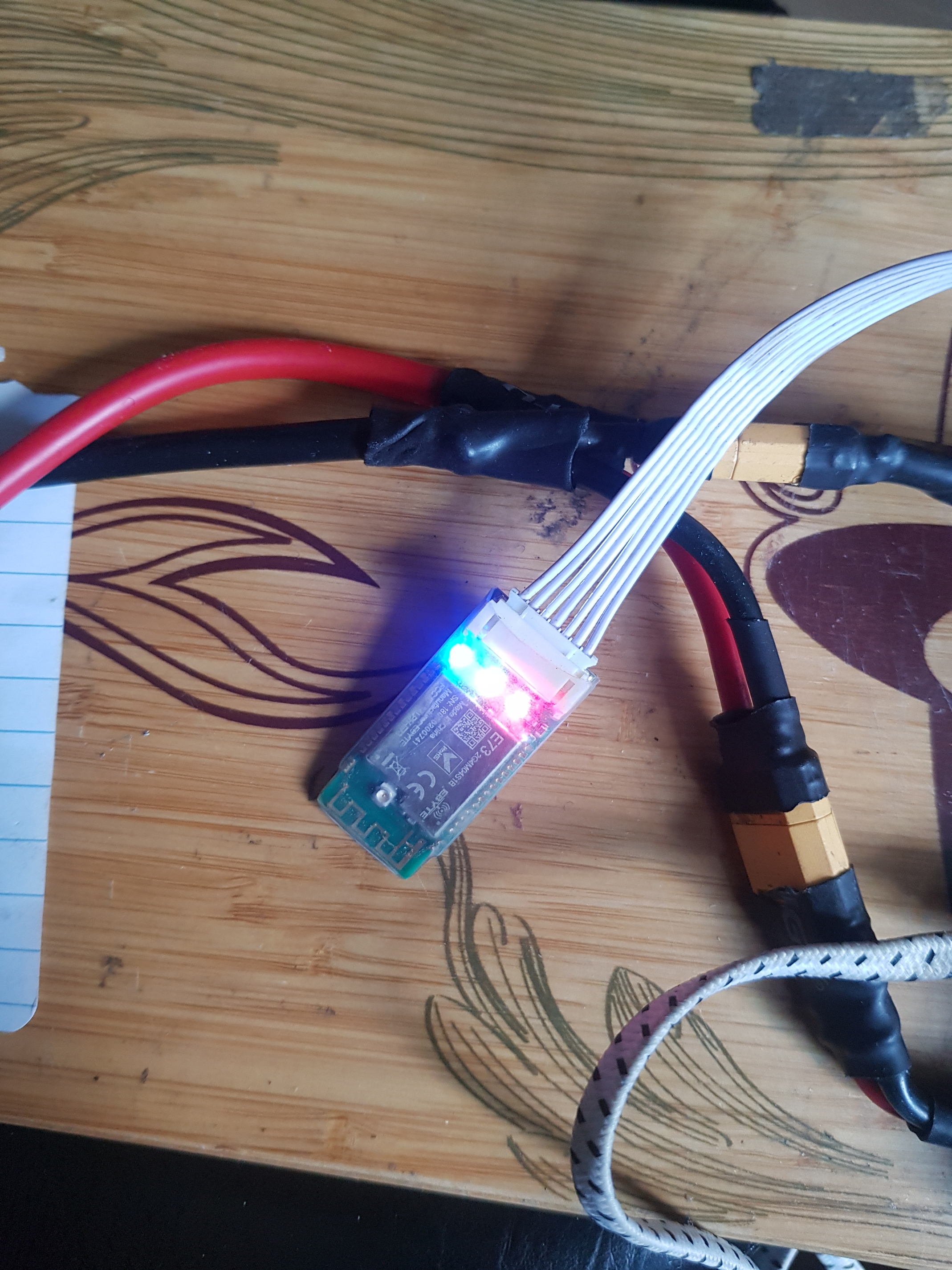 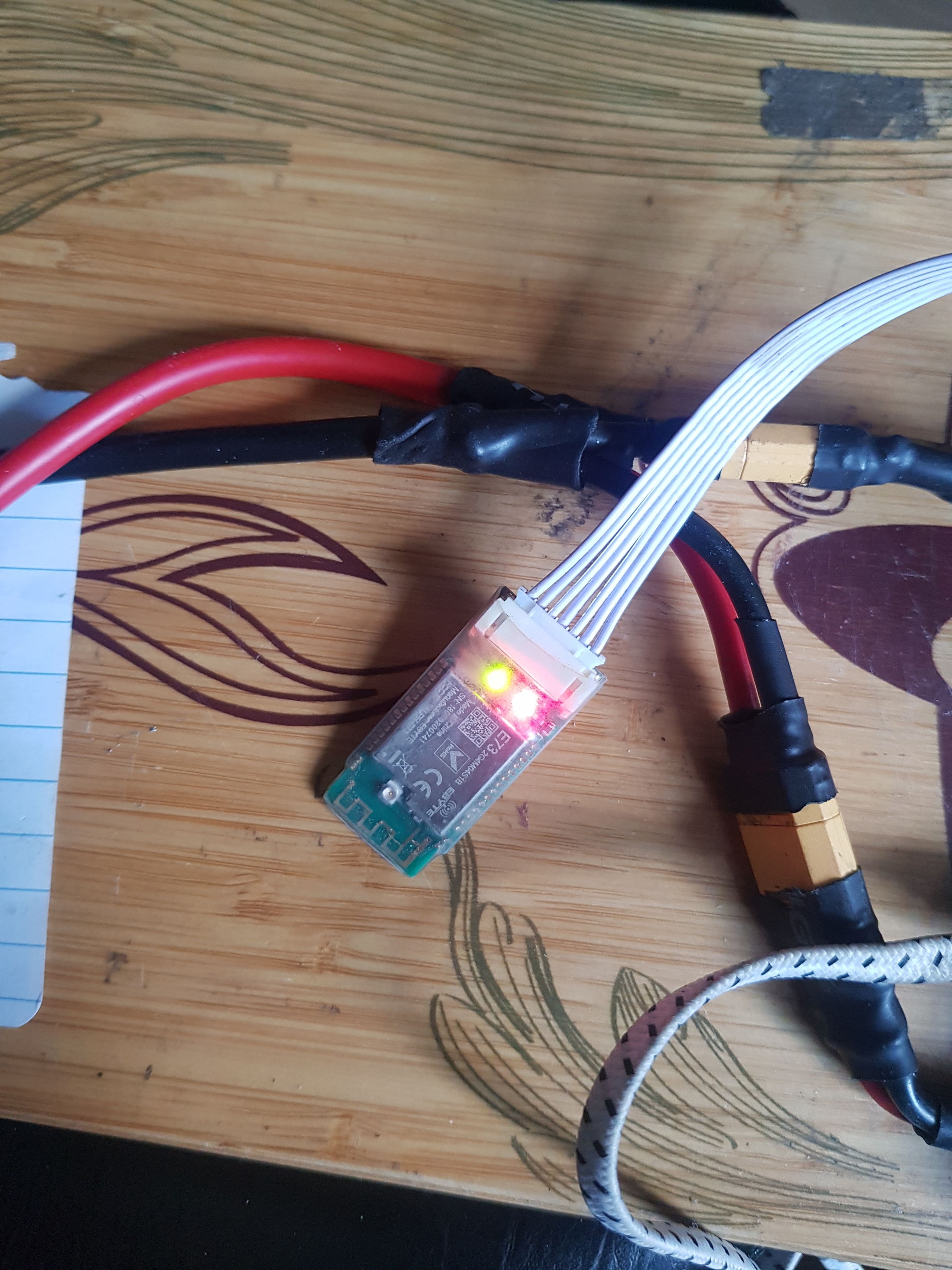 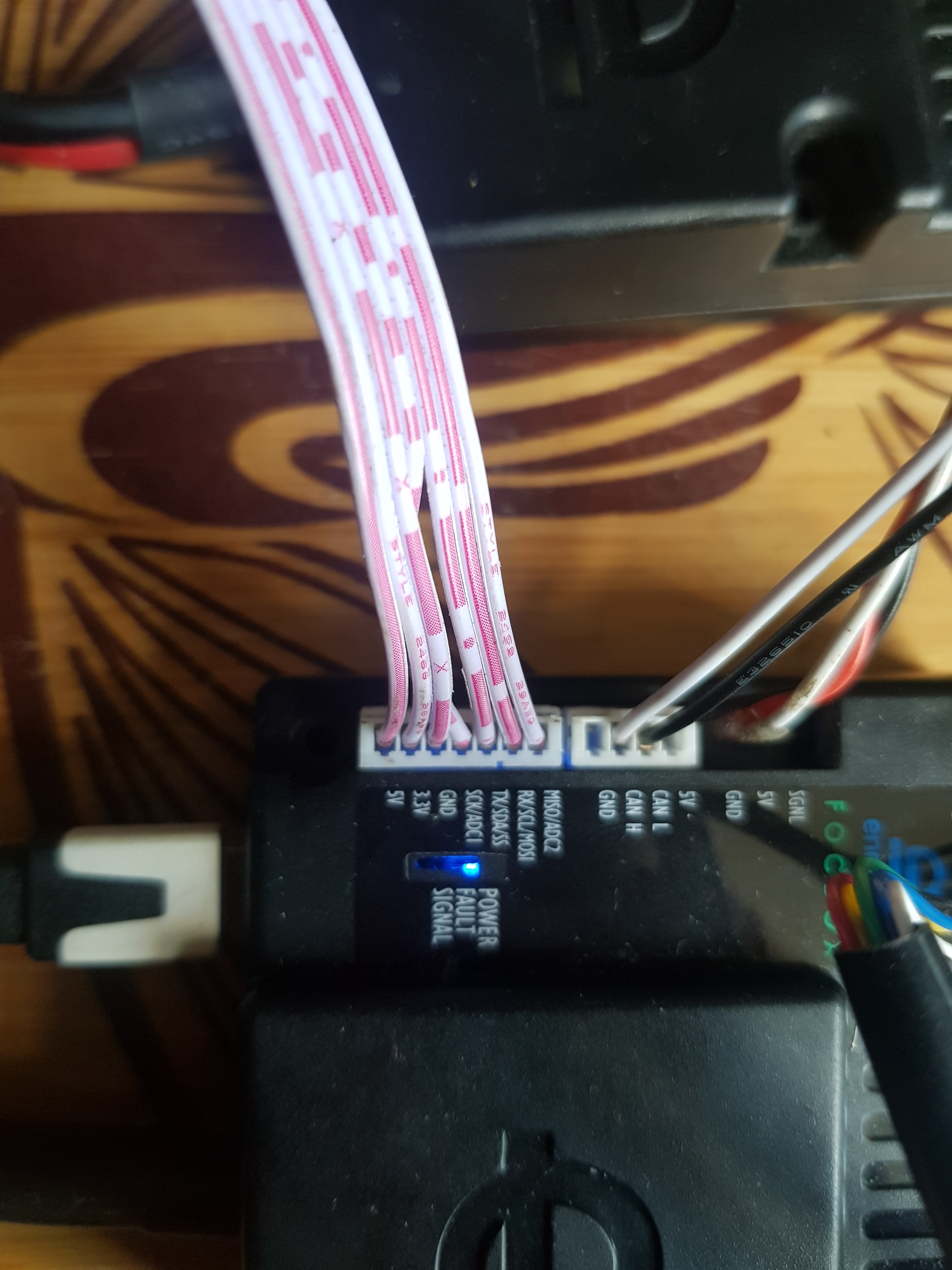 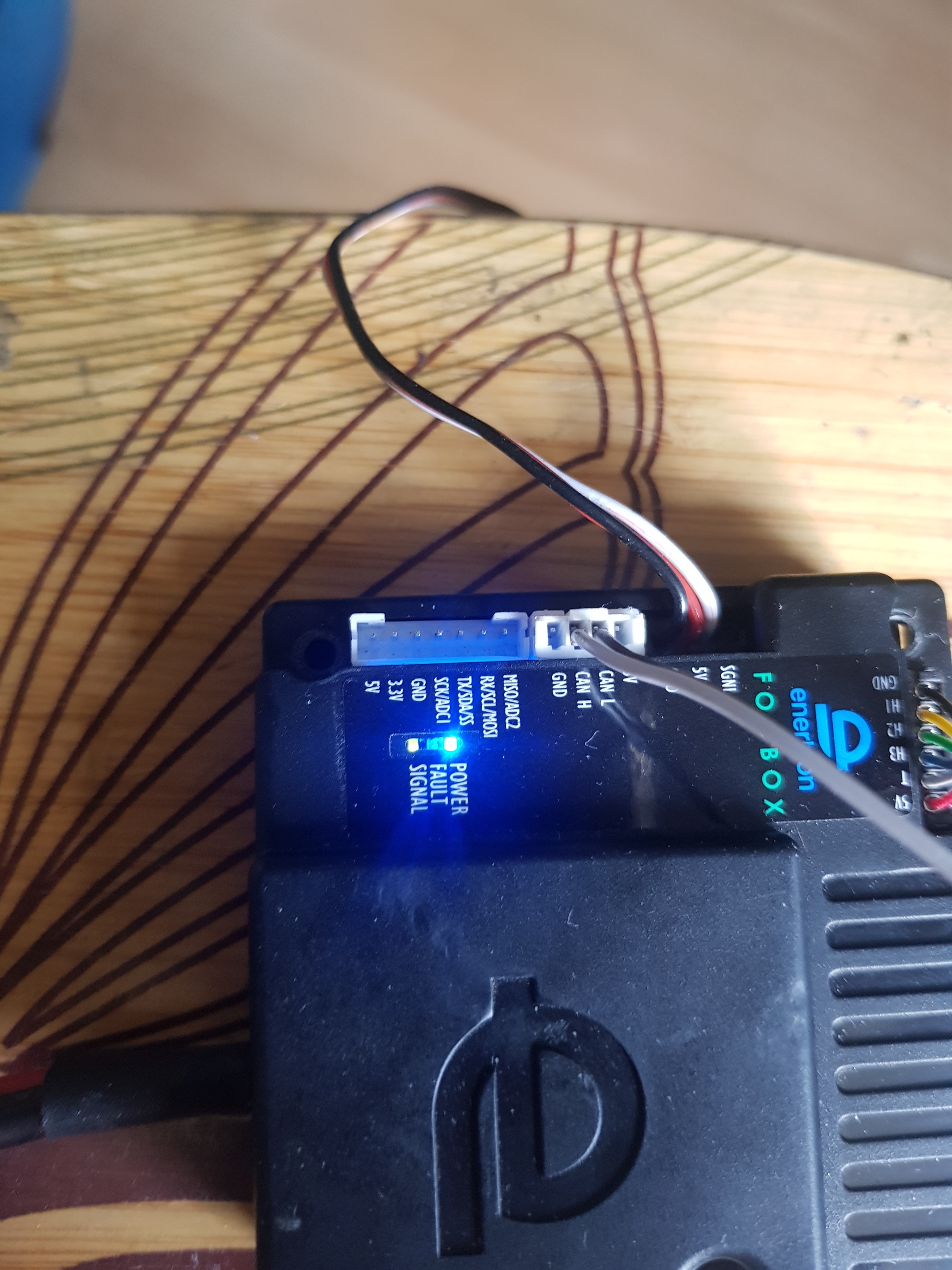 I have no idea what I did wrong here and why it became such a big problem. I would really appreciate some assistance. Also, couldn’t find anything related to my problem, so I hope I didn’t completely fry my VESC or that I have to flash the firmware on a different method.

Thanks in advance guys

does anyone know whats going on?