^^ This is true. As soon as the air within the enclosure heats up I notice a difference in performance even on my dual board. Granted it takes like a half hour to really reach the point where I actually notice on my dual board…

On my single board however it only takes about 5-10 minutes to notice a dip in performance due to thermal throttling.

How is faults stored on the Unity ? I hate, that once the vesc is rebooted , the faults got deleted. Sometimes when “over-current” failure or other things happen, it makes the vesc reboot. So it can be a pain in the ass, to find a problem, when you can’t find it in the terminal, due to reboot.

That would have been a killer feature, together with the new UI

Charlie Murphy thought so too… 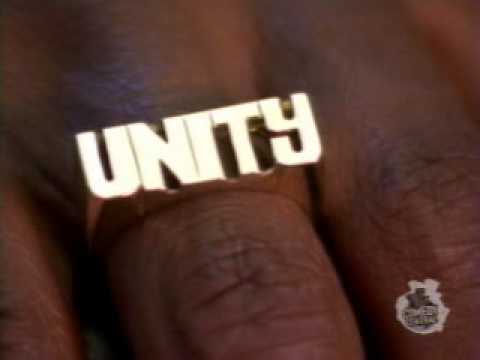 I had the chance to do a short temperature test with the beta version of the Focbox UNITY. For the test the MOSFET temperature cutoff start was set to 85 °C and I run the FOC open loop command with 80A motor current for both connected SK3 6374 motors to see how long the Unity could handle that high current before it reaches max MOSFET temperature and reduce the motor current. Thanks to @rpasichnyk we have a first Metr App and Metr Pro beta version that talks to the Focbox UNITY. 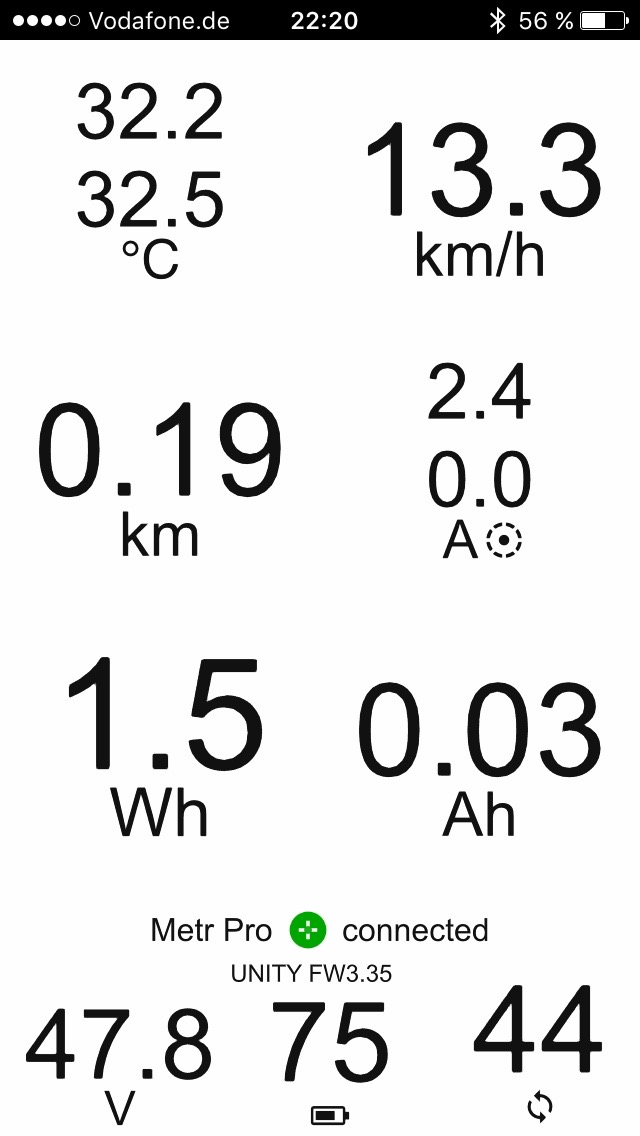 The results from the Unity temperature test you can see here:

The motor current displayed in the graph is the motor current of both motors together. As you can see the Focbox Unity was able to deliver a total of 80A per motor for around 90 seconds. Very impressive for such a small design.

After that the MOSFET temperature limit of 85 °C was near to getting reached and the Unity starts to decrease its motor current output. The motors were pulling the max possible motor current throughput for around 8 minutes ending in around 40A each. After that the open loop command was stopped and you can see the temperature falling for another 2 minutes before the recording was ended. The test was done in room temperature with the Unity laying on the desk. There was no airflow for better cooling available, just the Unity in the beta version of the aluminum case. Definitely props to @Deodand for that accomplishment.

Hitting the temperature limit with electric skateboards in the real world will be hard I guess. Hope you guys can obtain some useful information from that test.

i really want one now

So I’m assuming the new mobile apps release when the Foxbox Unity itself comes out? 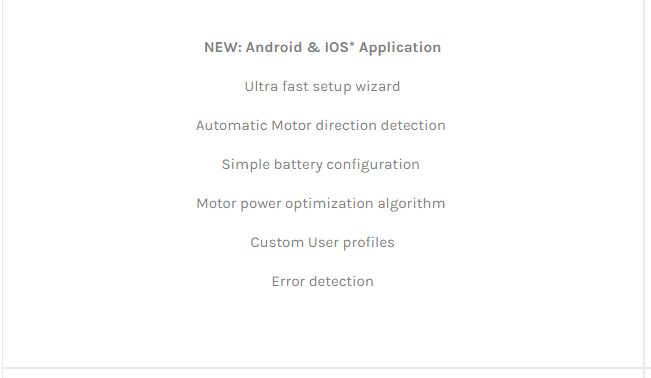 And why is there an asterisk symbol behind the iOS app? Can’t find any clarification for that on the site.

And why is there an asterisk symbol behind the iOS app? Can’t find any clarification for that on the site.

Long story short, in order to release an ios app on the app store, you need to own the code yourself. No one truly owns the VESC Tool code due to the license, so Enertion will have to make another one from the ground up.

They could release it as an unofficial ios app, but those get annoying sometimes. 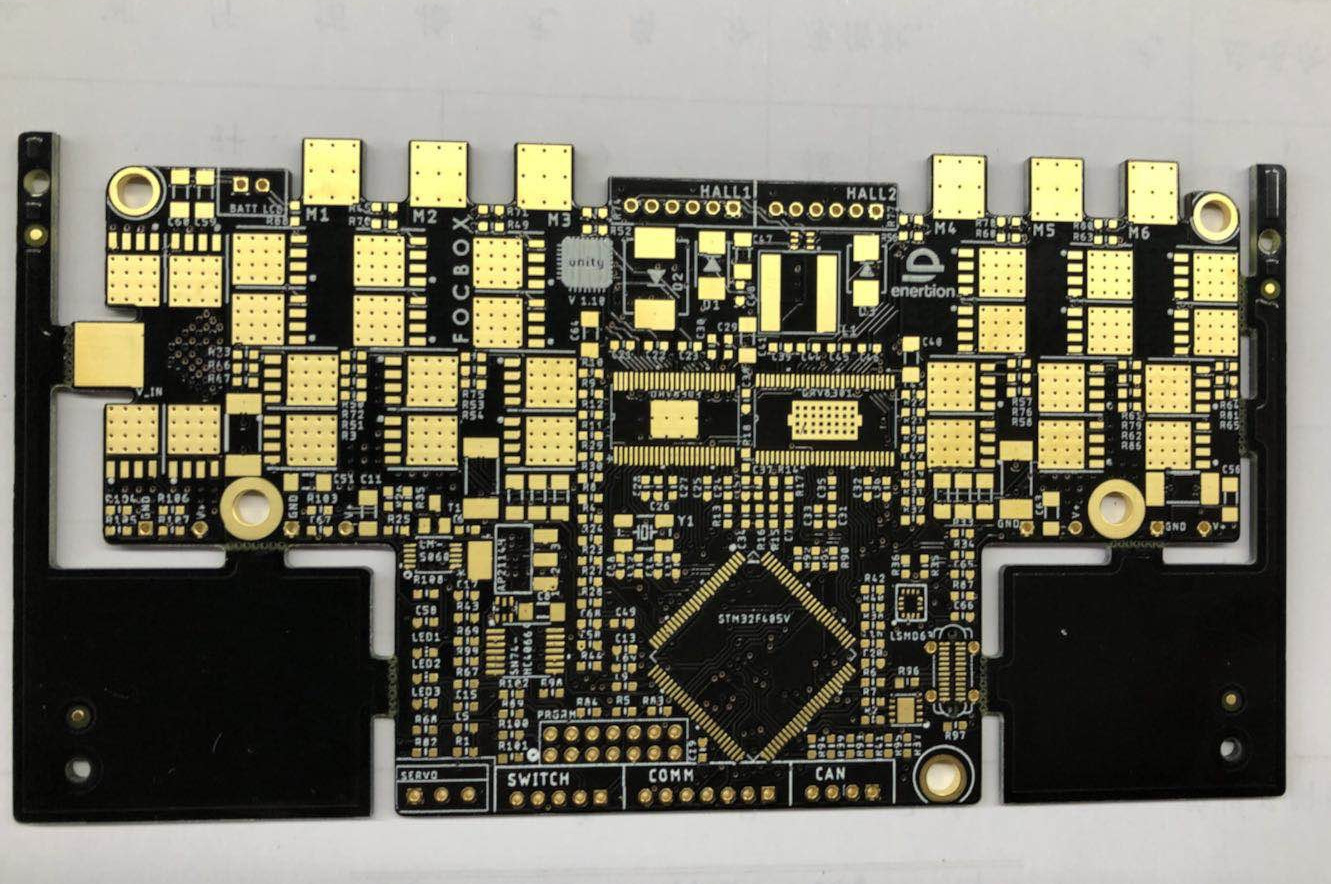 Final production test PCBs just arrived at the factory! Everything going to schedule, can’t wait to recieve the populated boards for testing in the coming weeks.

Awesome, got a photo of a whole panel? Also are you plugging the vias before assembly or just using a lot of solder paste?

They probably got a stencil for applying the solder paste. No need to plug anything.

Vias that are inside SMD pads (via-in-pad) are often plugged with epoxy or solder to avoid wicking too much solder from the surface of the board during reflow. It’s less of a problem on these large pads, but still something that has to be considered.

yeah, was definitely on my list of concerns when I designed the board. So far all of our samples have come back reflowed correctly, The solder mask has quite a large opening so it doesn’t seem to be a problem. The test jig performs a thermal test which watches the rate of temp rise during a high current test so we should catch any poorly soldered fets pretty easily.

Sorry if this is a noob question, but it is specific to the Unity.

How would one go about wiring a battery meter to the unity if using the included switch? Specifically, could you wire it so it turns off and on with the unity?

Is that what the AUX port is for?

If you look closely at the top left part of the PCB @Deodand posted above, there exists a connection for a battery LCD. I think that’s where you plug it in? I’m not entitely sure, just based on observation.

Aha! Which aligns with the “aux” port on the schematics diagram he posted earlier in the thread, so that makes sense.

@Deodand can you tell me the dimensions of the antispark switch button for the unity ?

Do you have a link? I’m looking for a push button but just looking at amazon and eBay. Not finding much there. Just need something low profile like the picture